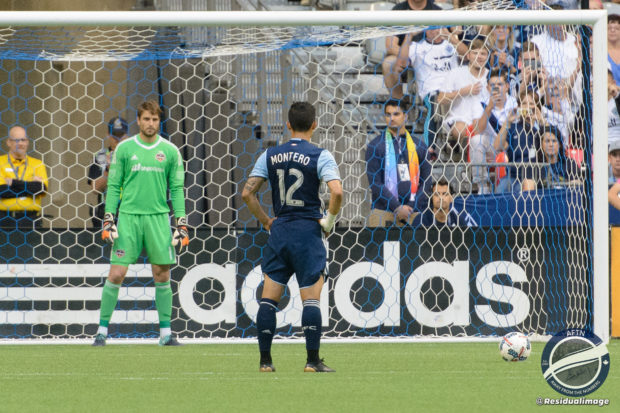 The Western Conference leaders headed to BC Place on Saturday night, but by the time the final whistle sounded, Houston Dynamo had been knocked off top spot, going down to a 2-1 defeat to Vancouver Whitecaps.

The ‘Caps made it difficult for themselves after a Fredy Montero penalty and a Yordy Reyna wonderstrike had them two goals up and coasting by half time. Romell Quioto made it interesting six minutes after the restart, but Vancouver held on fairly comfortably to claim all three points, albeit without causing too much threat of their own.

Still, a massive won as the season gets down to crunch. 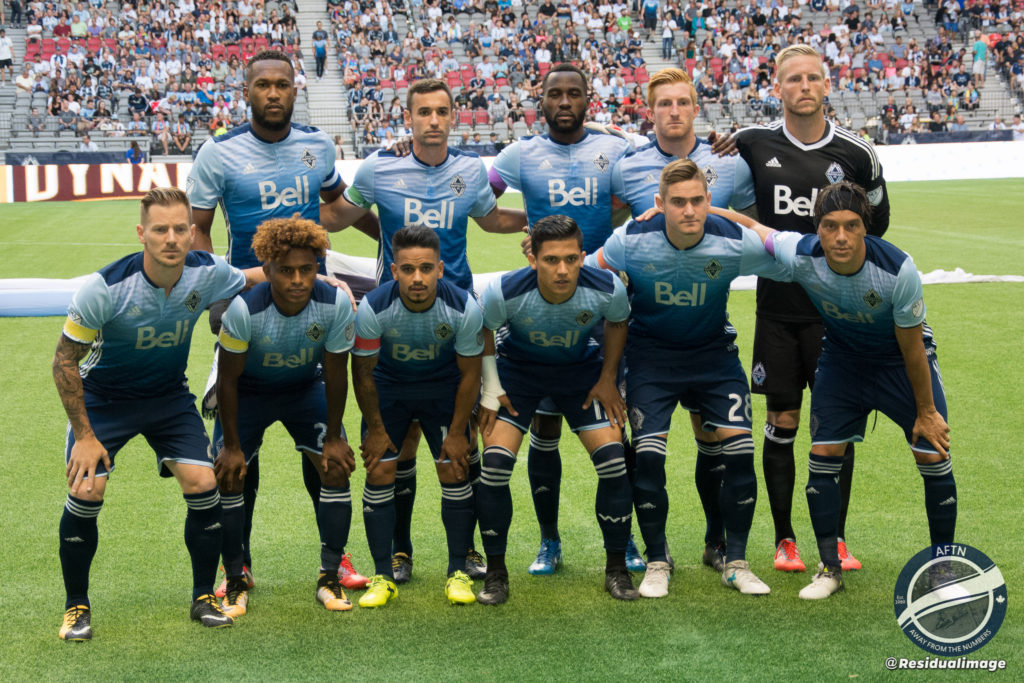 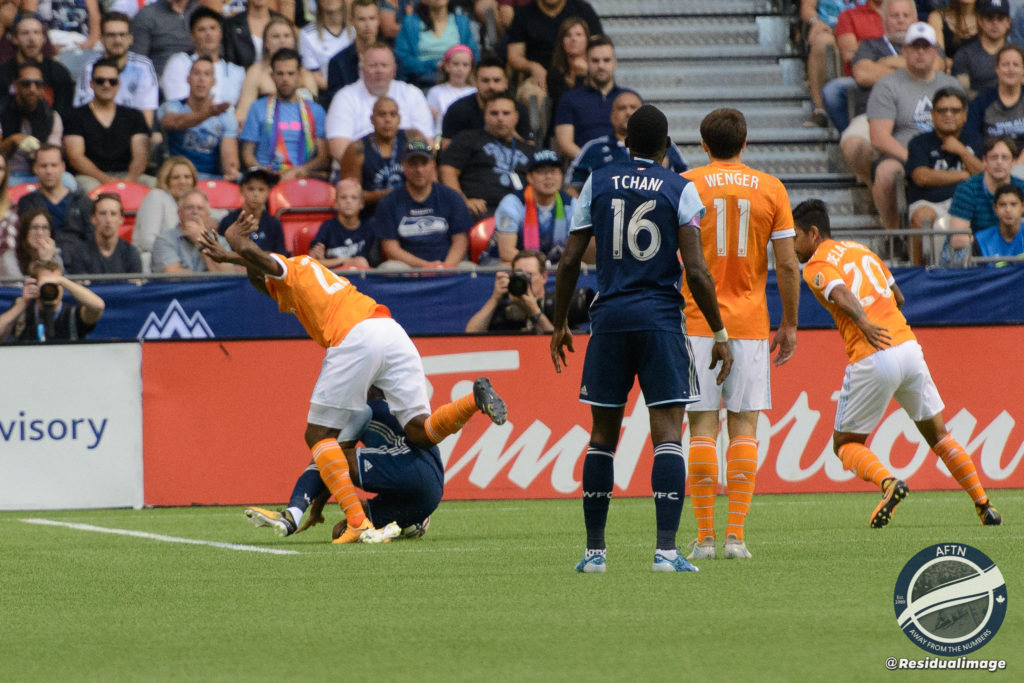 After a fairly uneventful start, Yordy Reyna was sent crashing in the box in the 16th minute 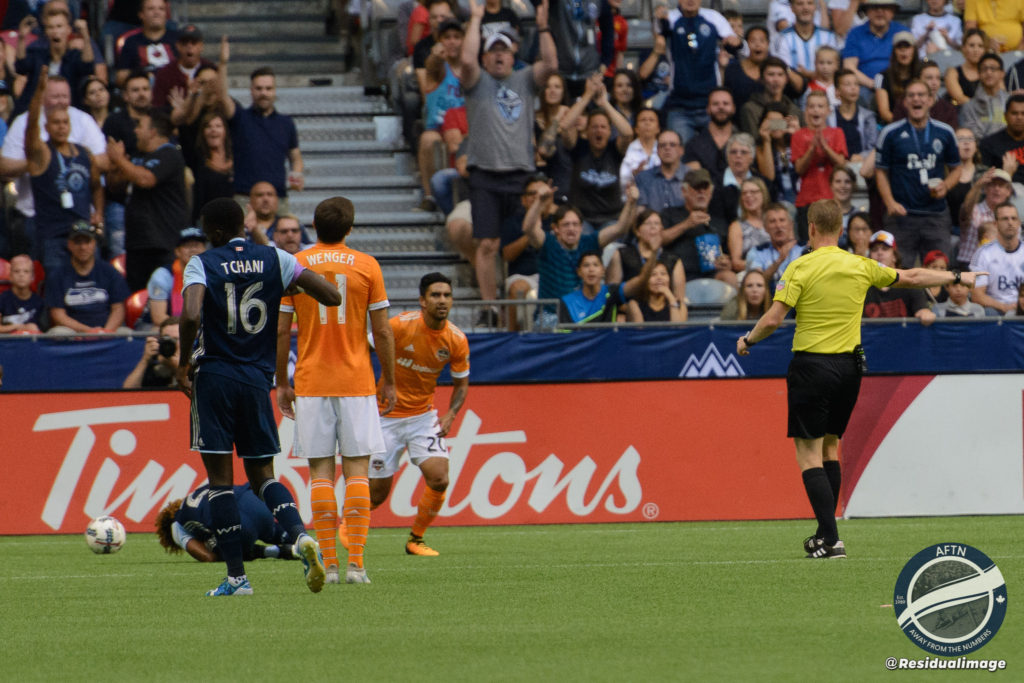 Referee Drew Fisher had no hesitation in pointing to the spot 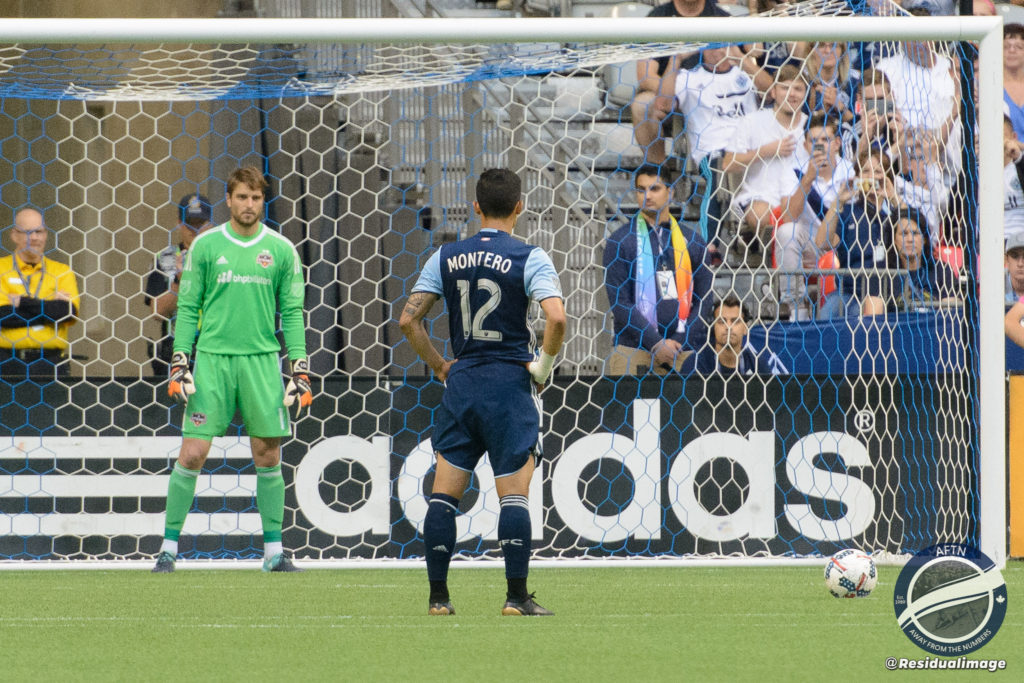 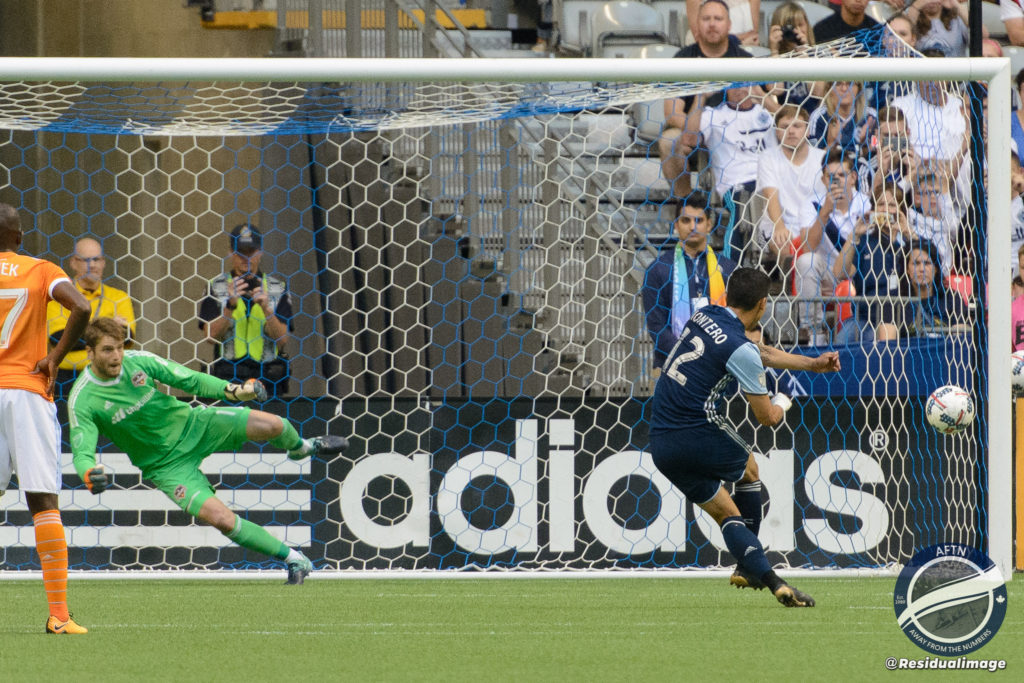 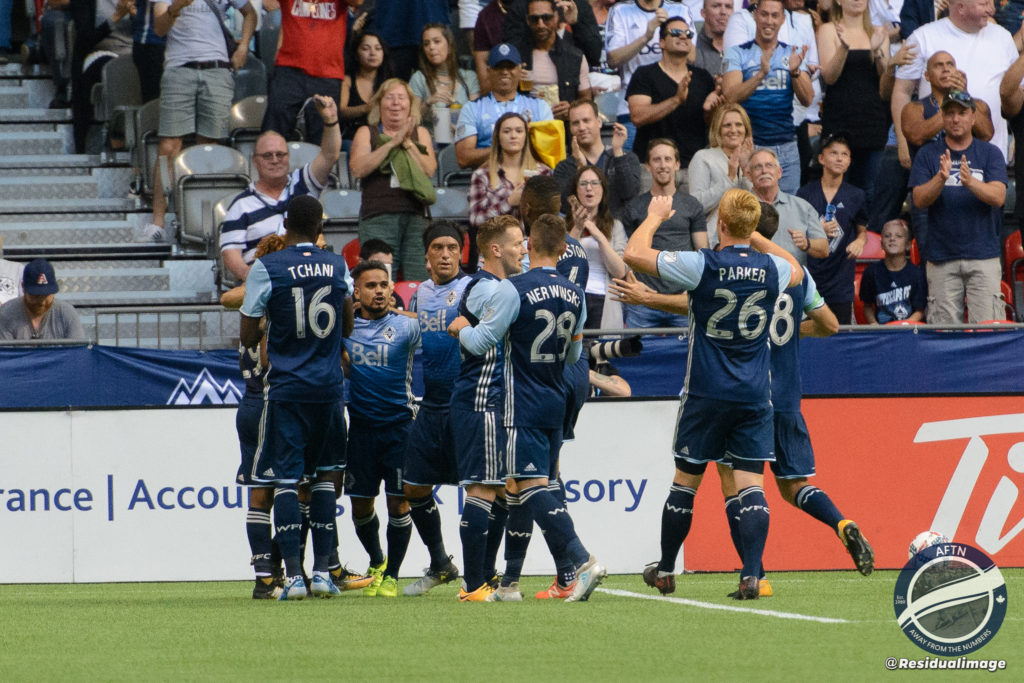 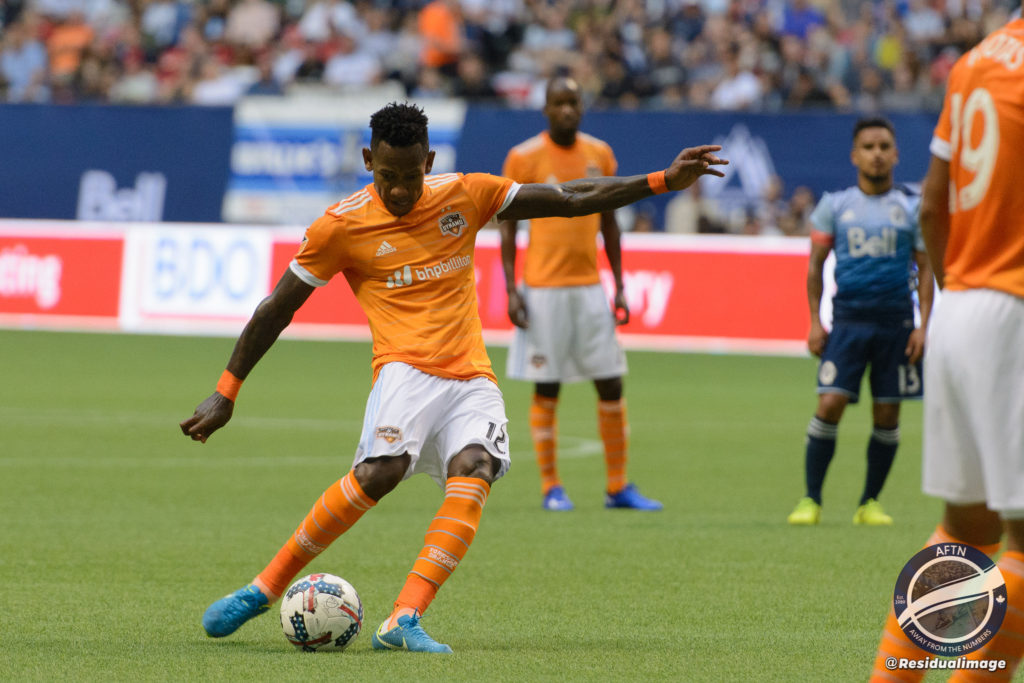 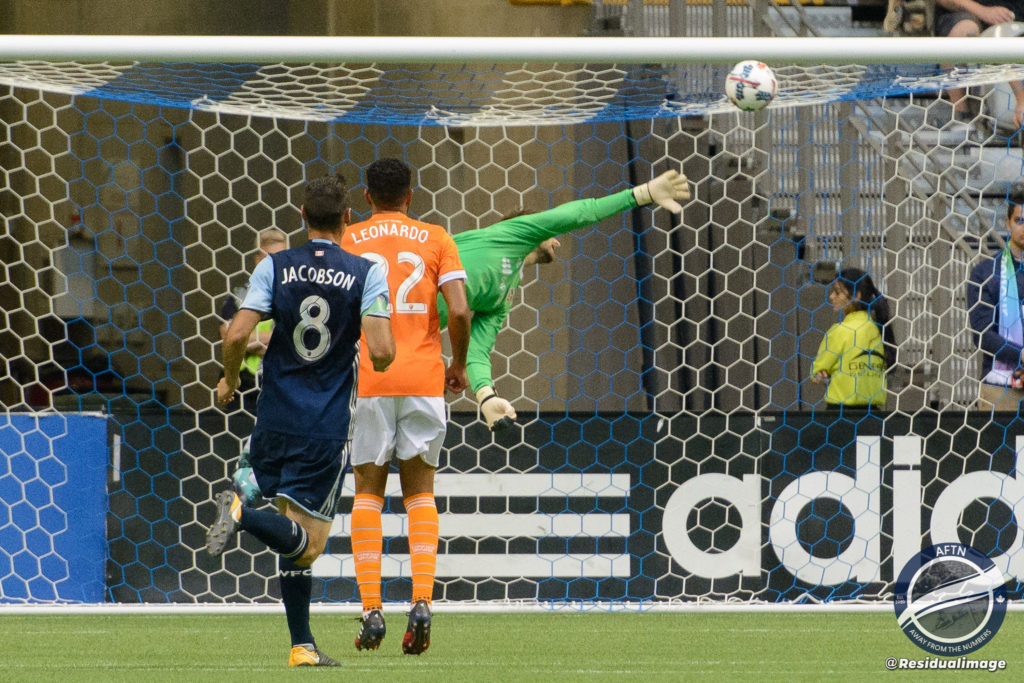 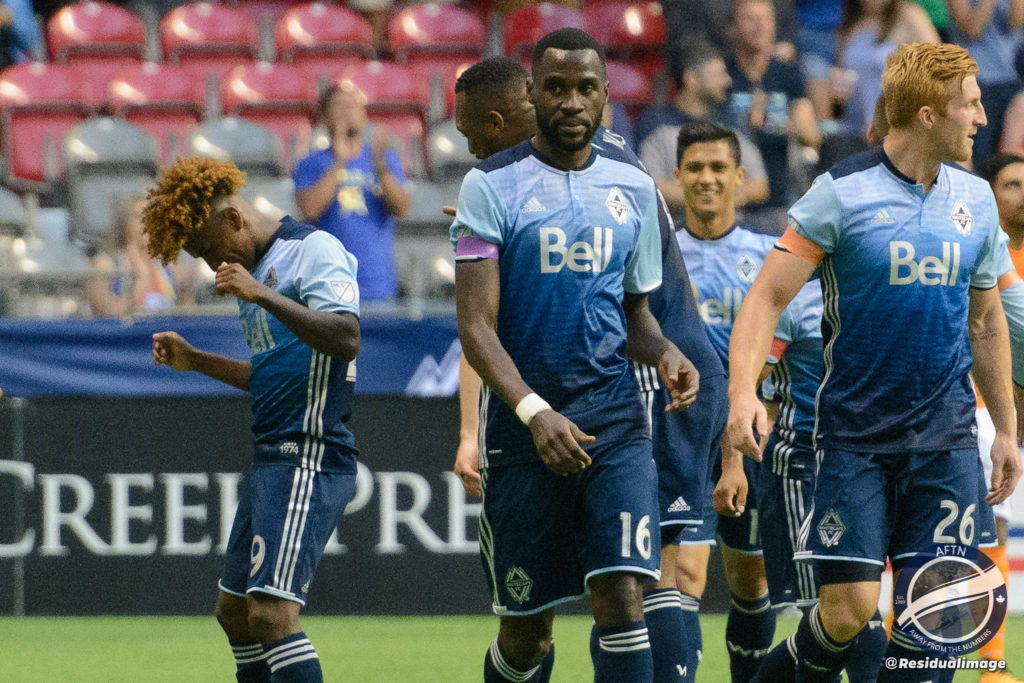 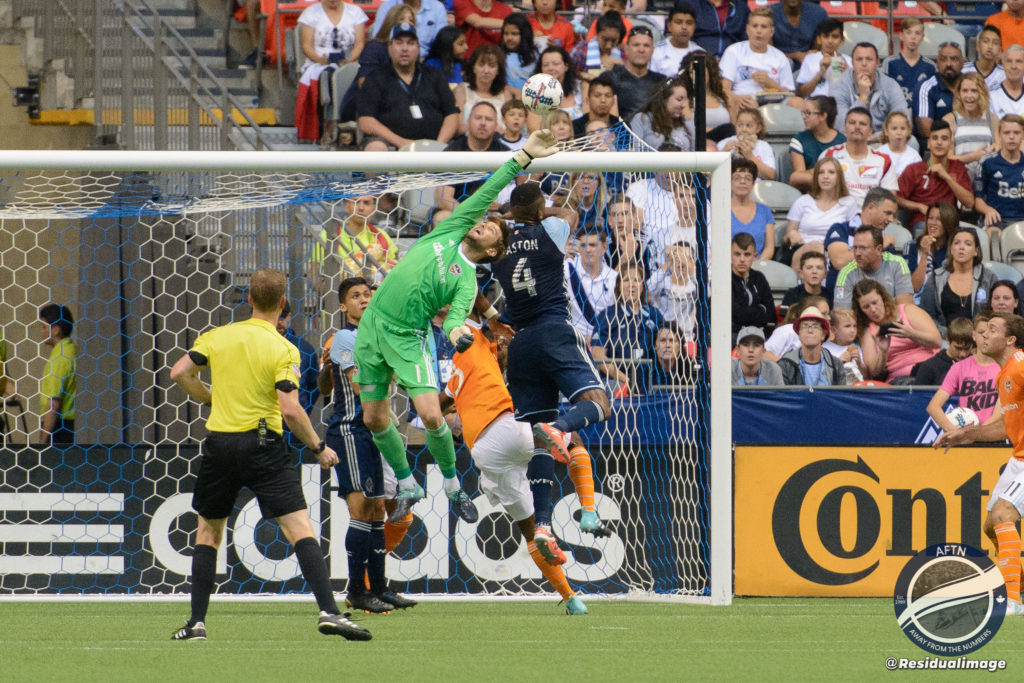 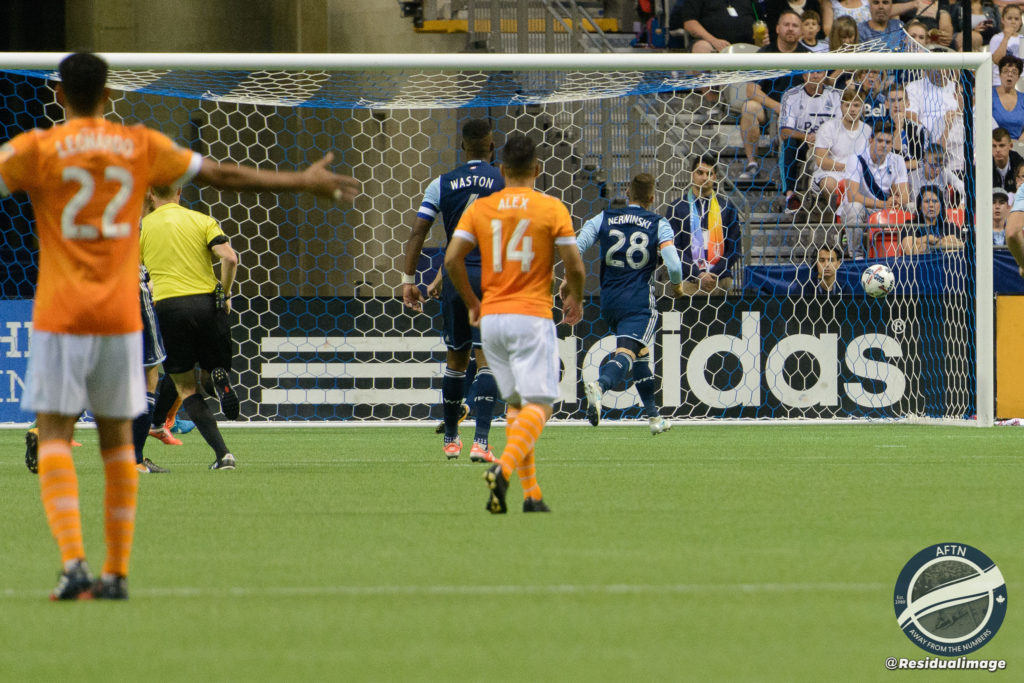 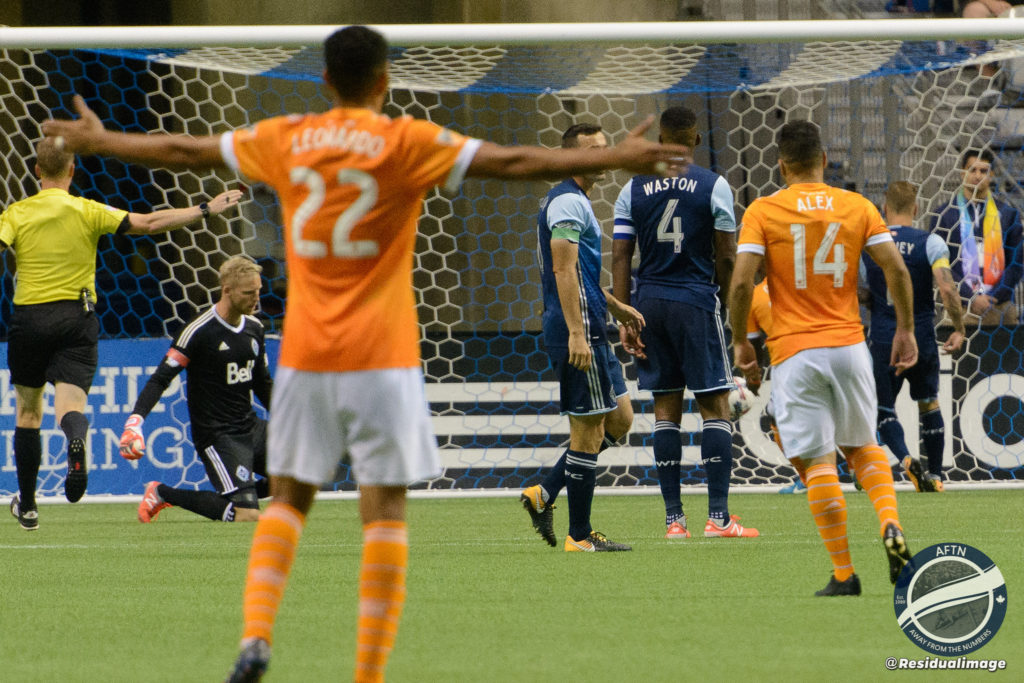 Disappointing but not too costly 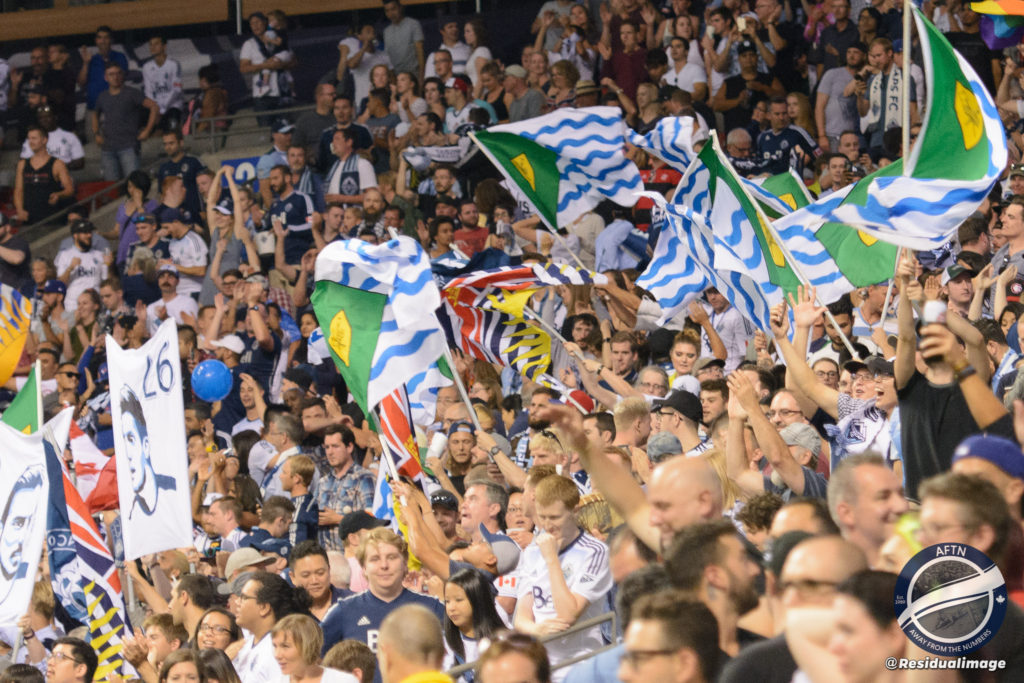 And a Vancouver victory was sealed 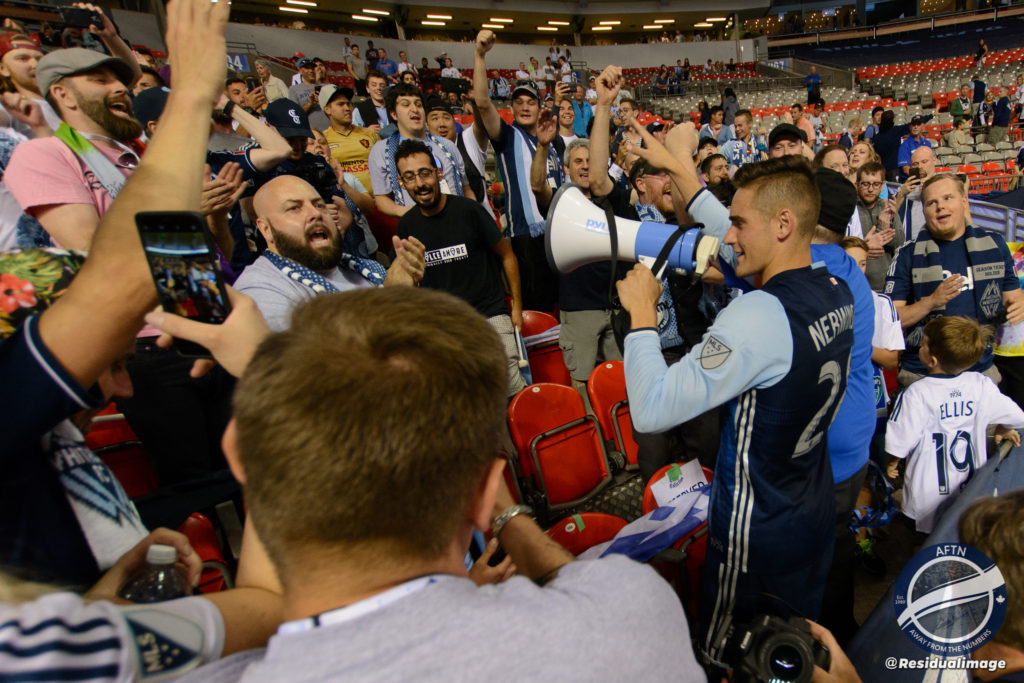 Jake Nerwinski does the Humba with Curva Collective