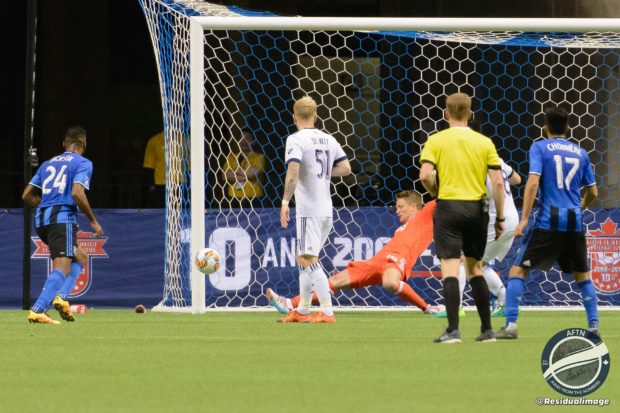 The Canadian Championship hasn’t been kind to Vancouver Whitecaps over the years. Lady luck seemed to have abandoned them, but they finally got a bit of luck on Tuesday night on their way to a 2-1 semi-final first leg lead against Montreal Impact at BC Place.

It was a veritable game of two halfs. Alphonso Davies and Nicolas Mezquida gave the ‘Caps a 2-0 lead at the break, and it felt like they were coasting. But the Impact came out with a new fire in their belly in the second half and David Choinière pulled one back, grabbing what could be a crucial away goal.

And Montreal could have come away with the victory after a blistering period that saw Chris Duvall hit the post, Patrice Bernier see a penalty saved, and Spencer Richey coming up with a huge goalline stop to deny Bernier again.

But the ‘Caps held on and now head to Montreal next Tuesday with a slight edge and all still to play for.

But all in all a good day at the office for the Whitecaps and AFTN photographer Tom Ewasiuk was there to capture all the action before, during and after the game. Here’s his “Story In Pictures”, with a full Flickr slideshow at the end. 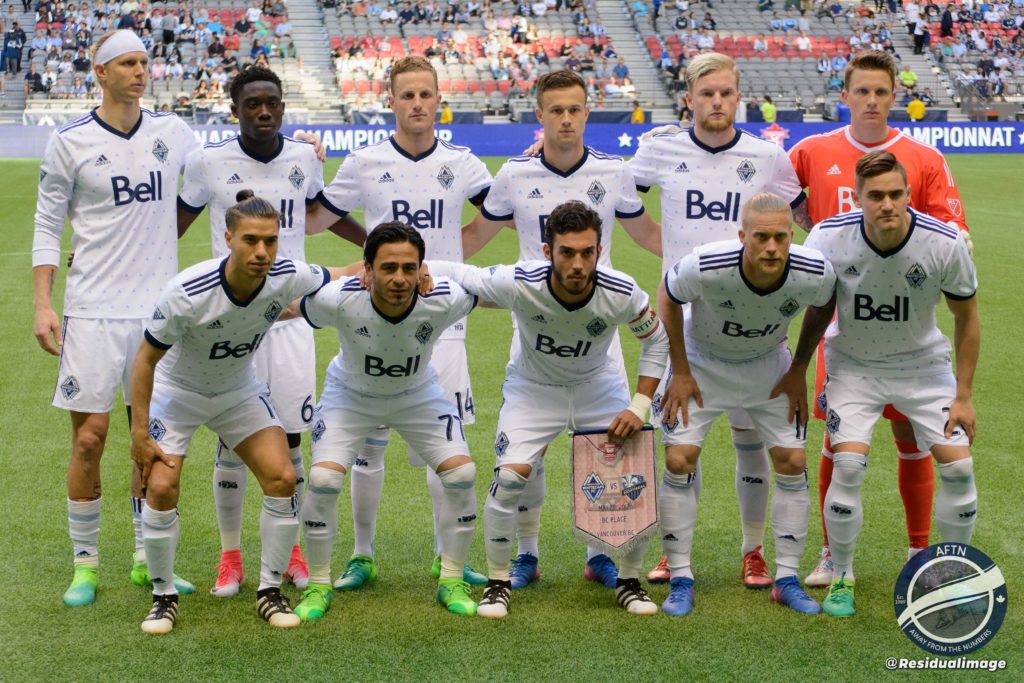 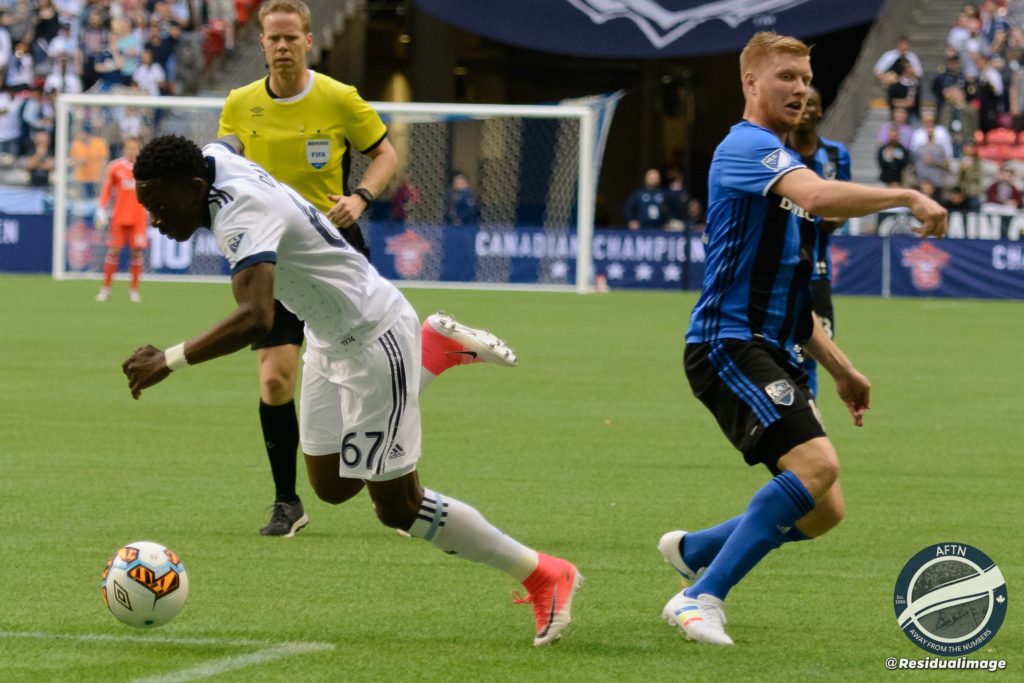 Alphonso Davies was a handful for Montreal’s defence early on, and was close to winning a penalty for Vancouver when he was brought down on the edge of the box 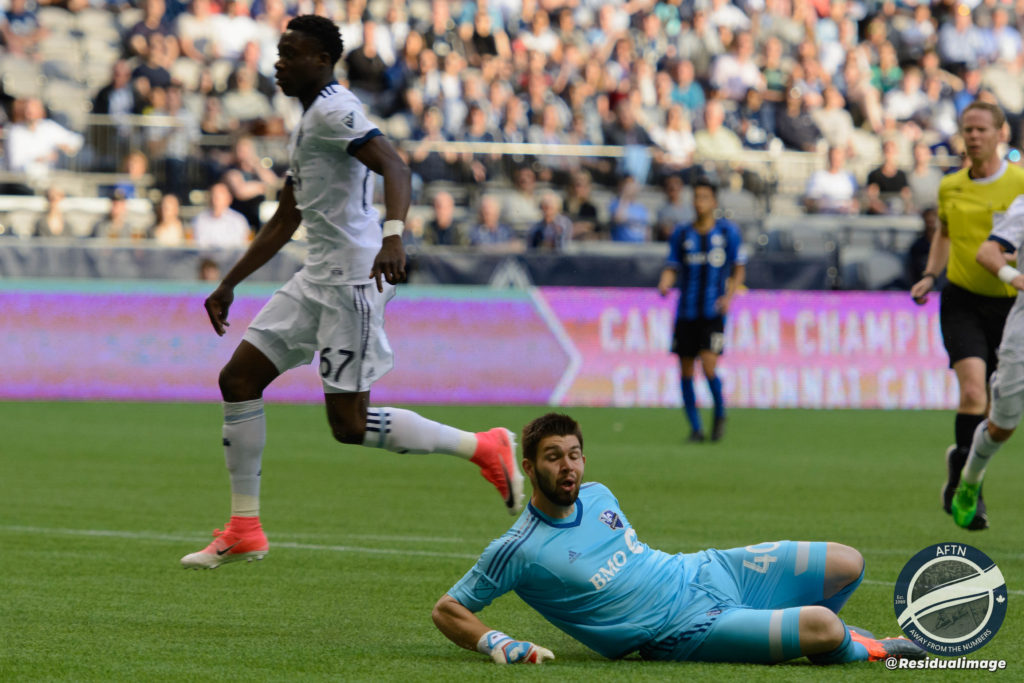 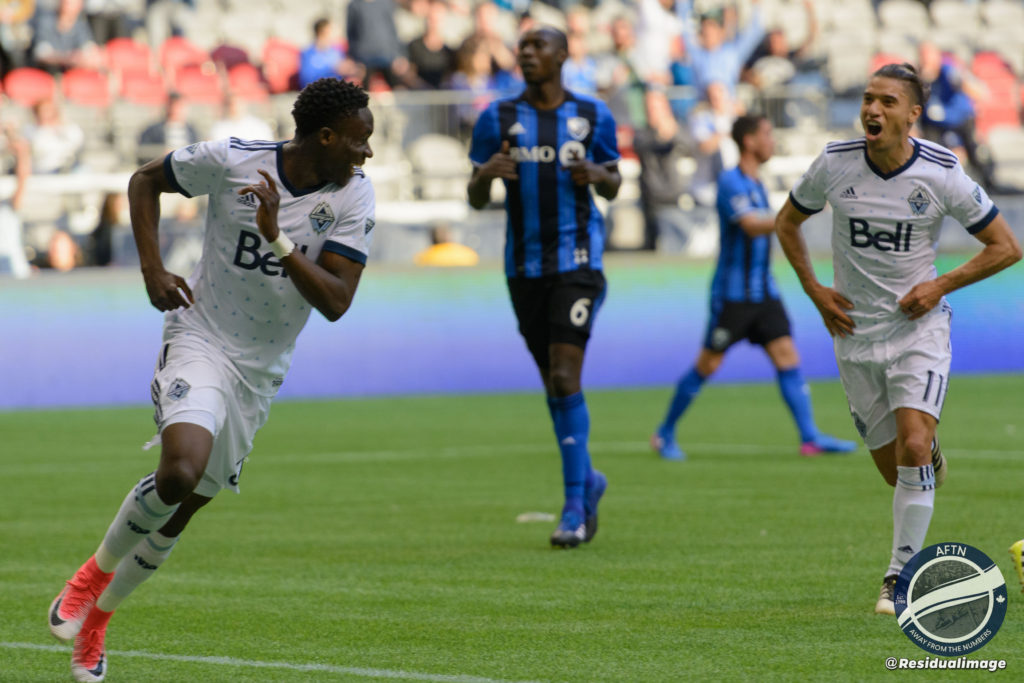 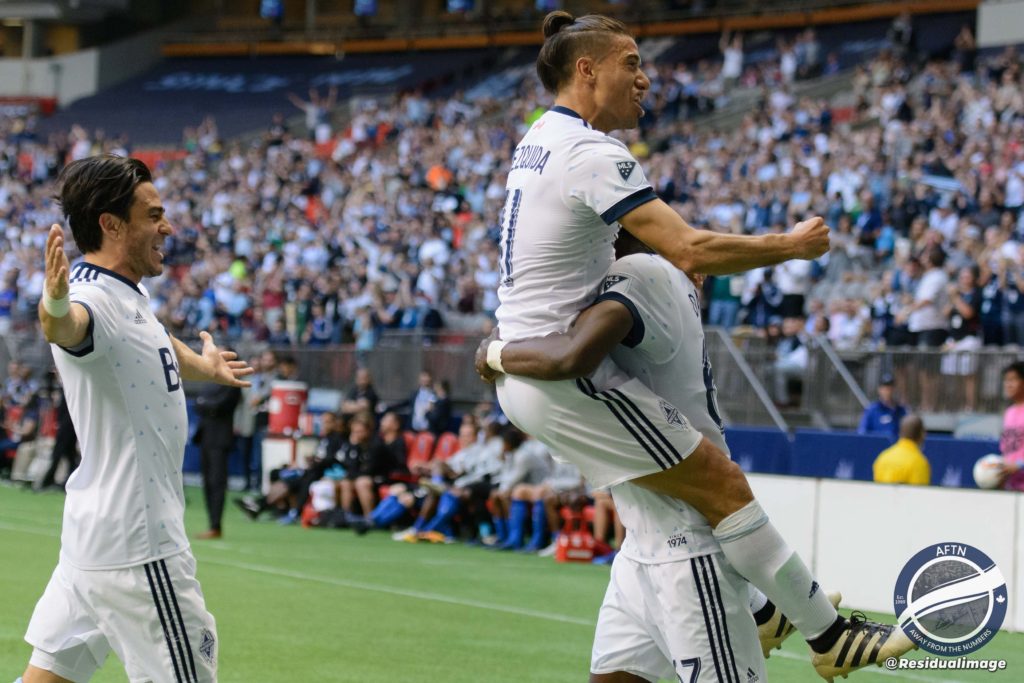 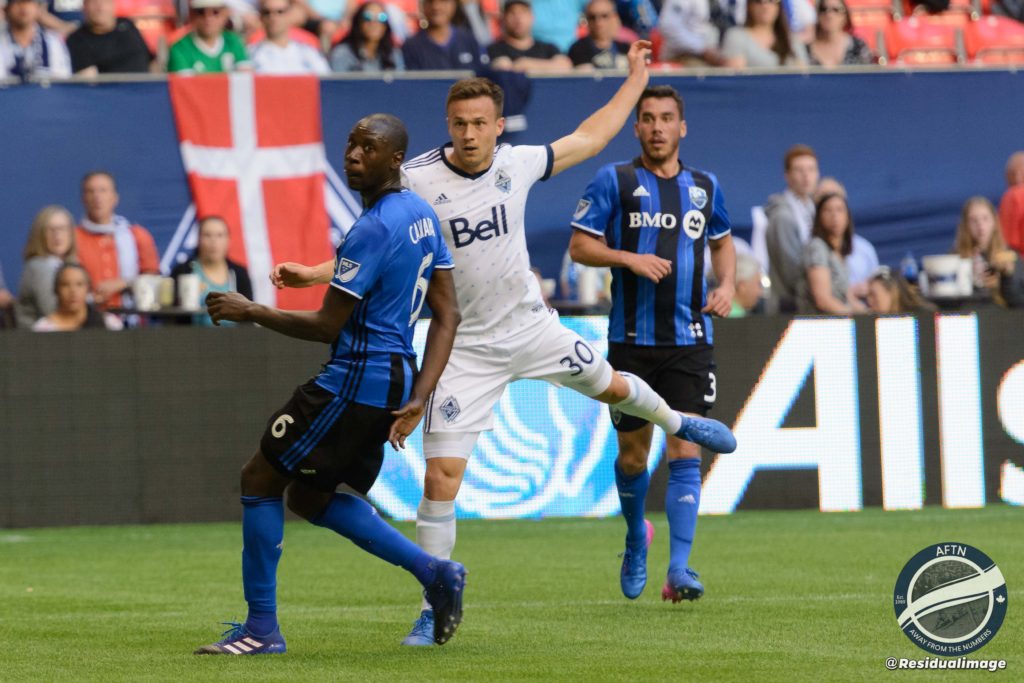 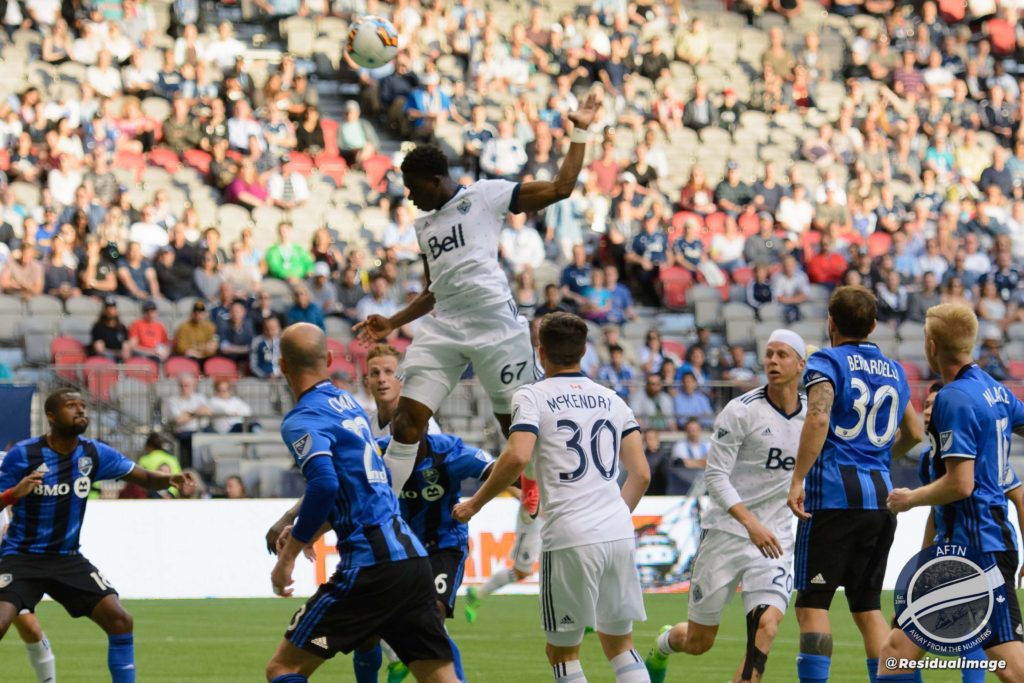 On the deck or in the air, Davies was a constant threat for the ‘Caps 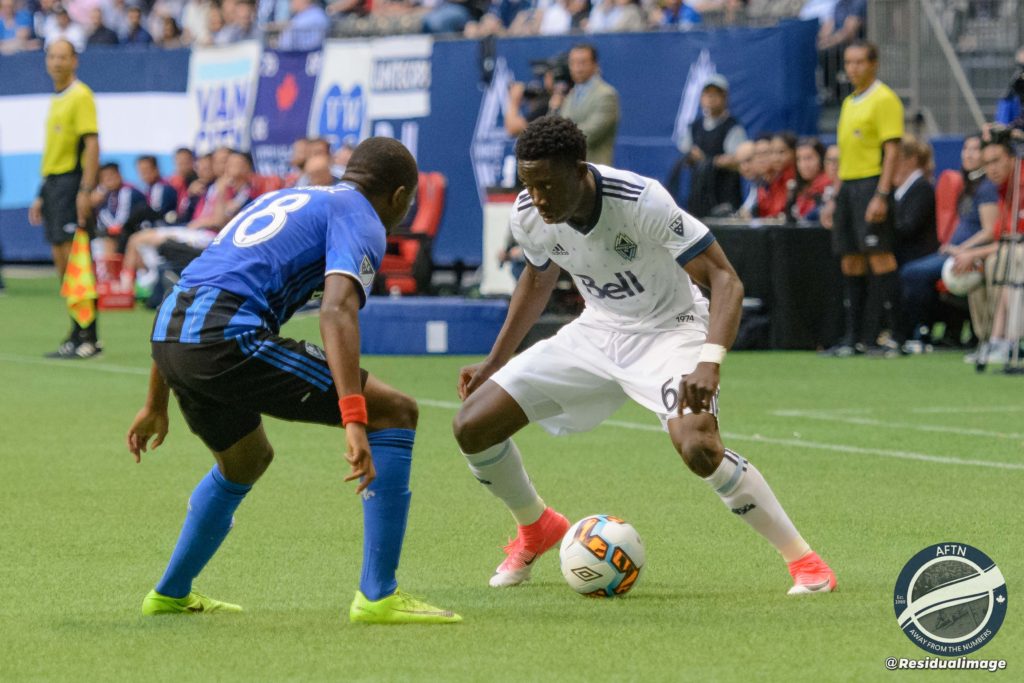 And Davies went on a great mazy in the 33rd minute 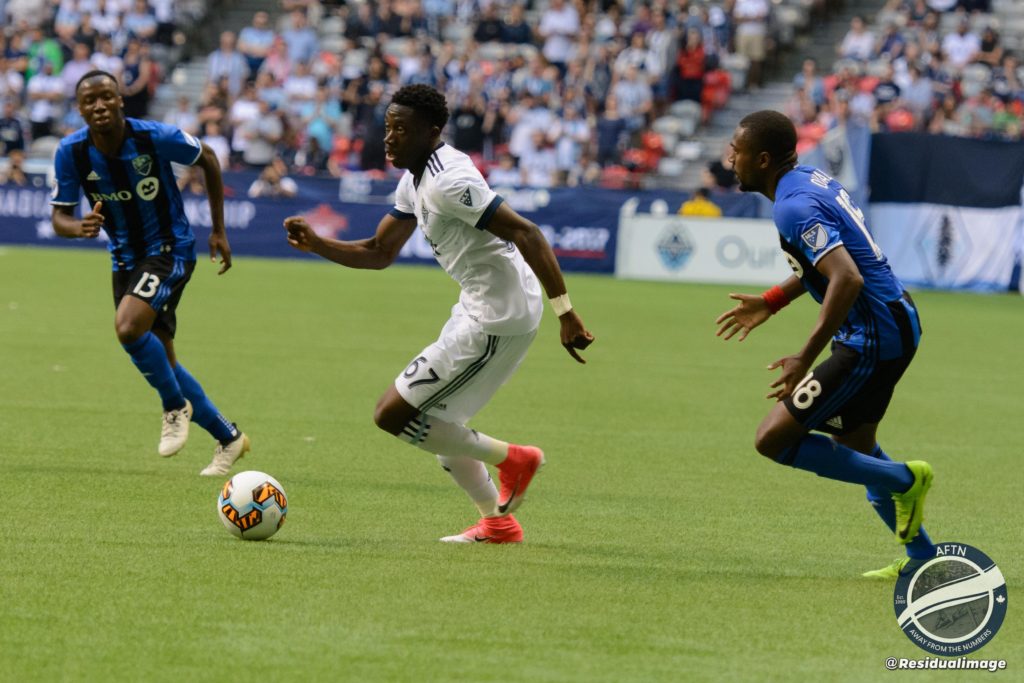 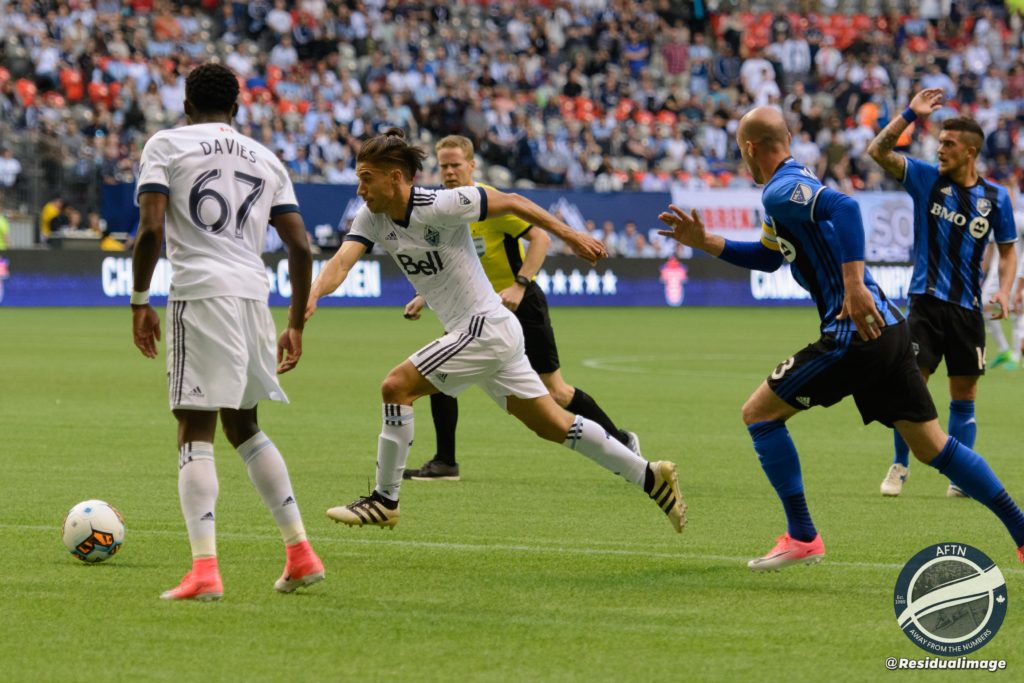 But only as far as Mezquida 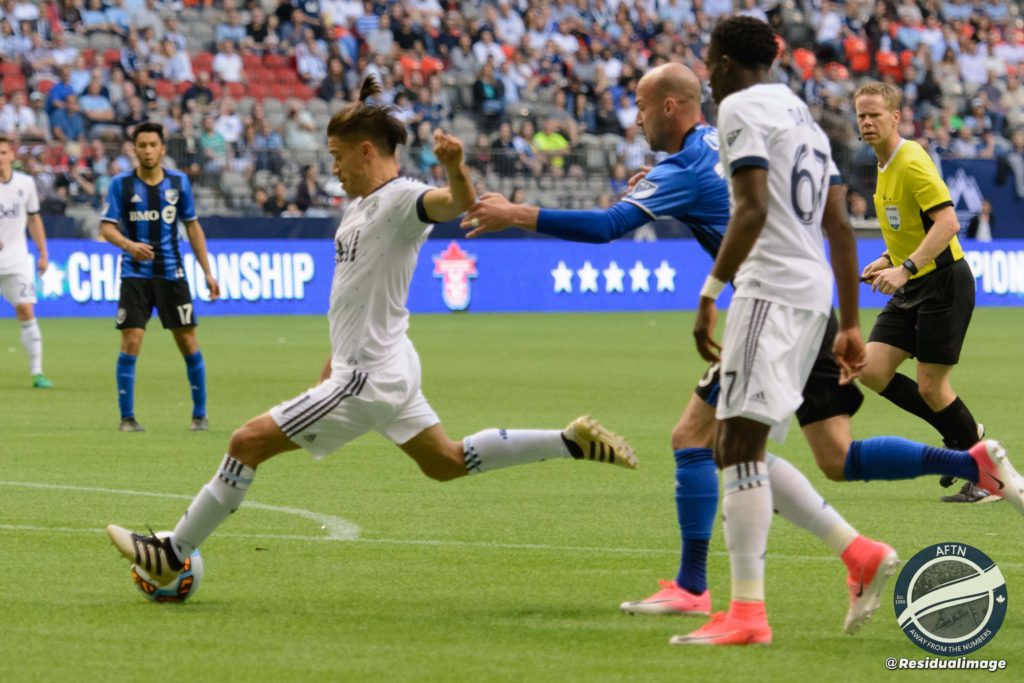 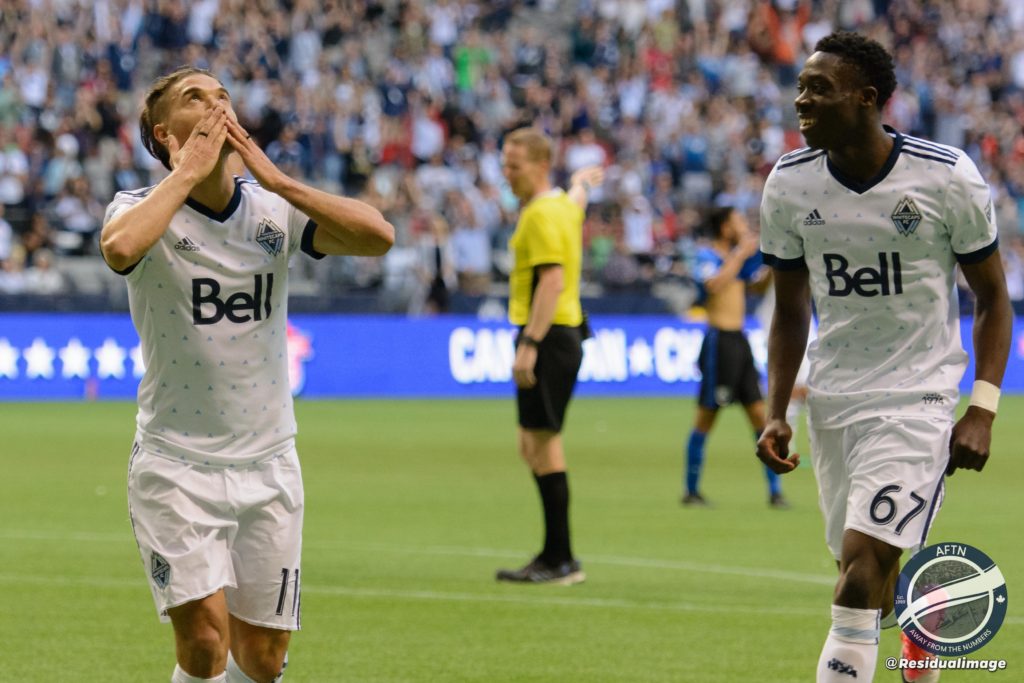 More joy for the dynamic duo 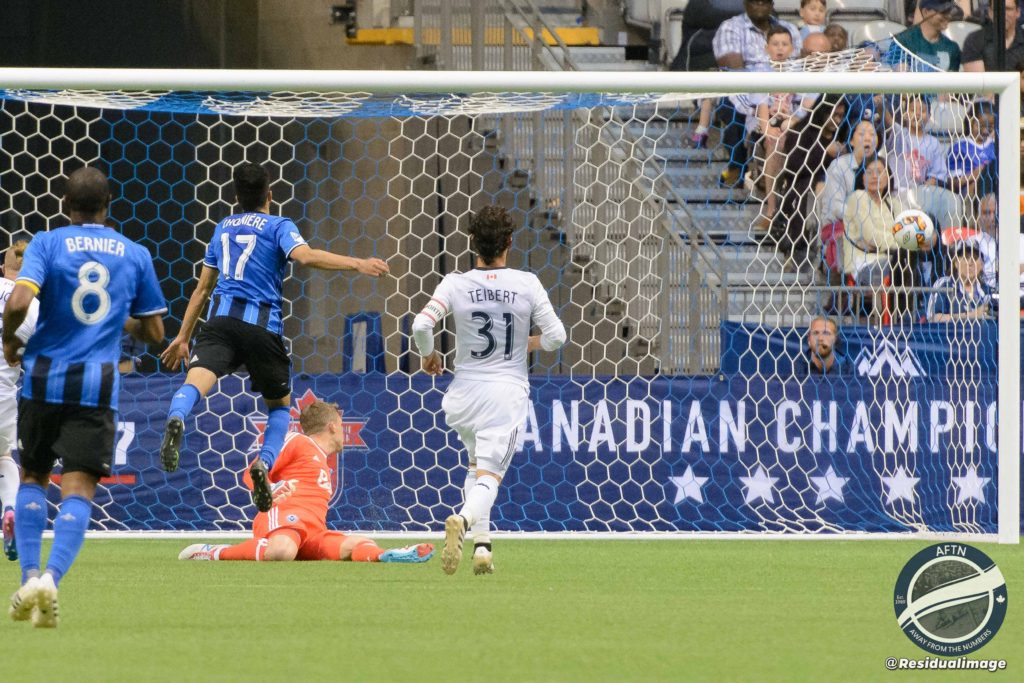 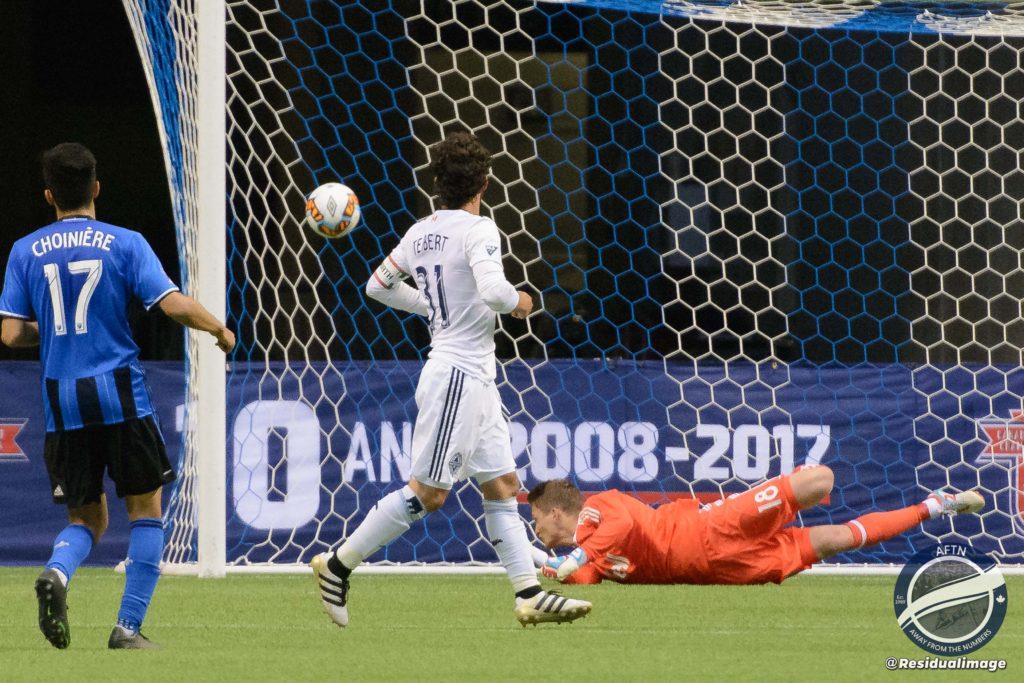 Seven minutes later and it was nearly all square, but Chris Duvall’s long range striker crashed off the left post 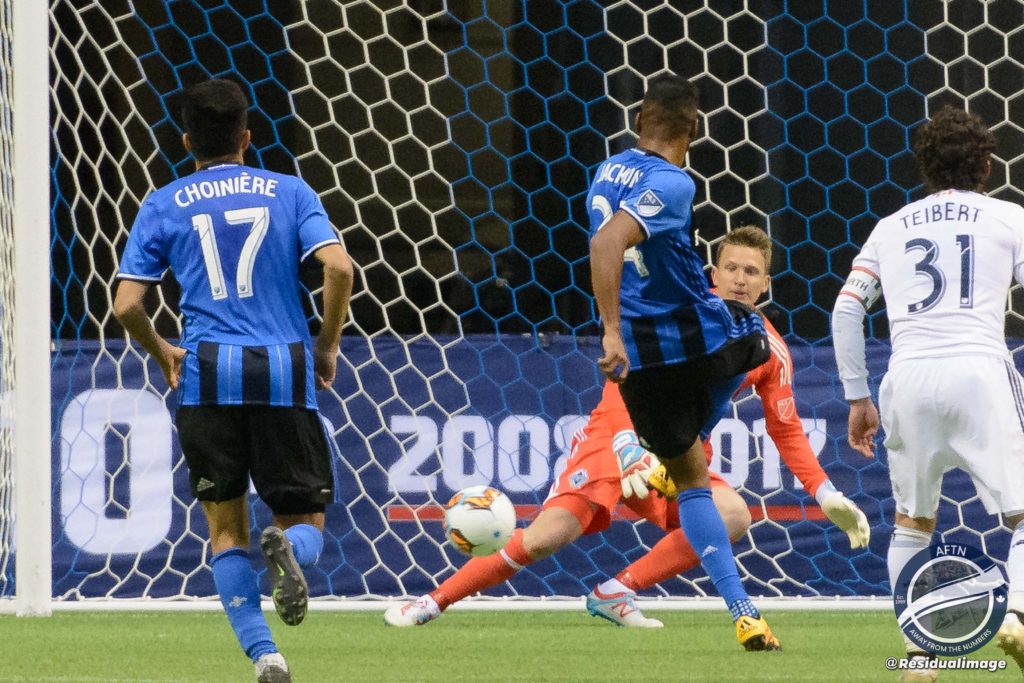 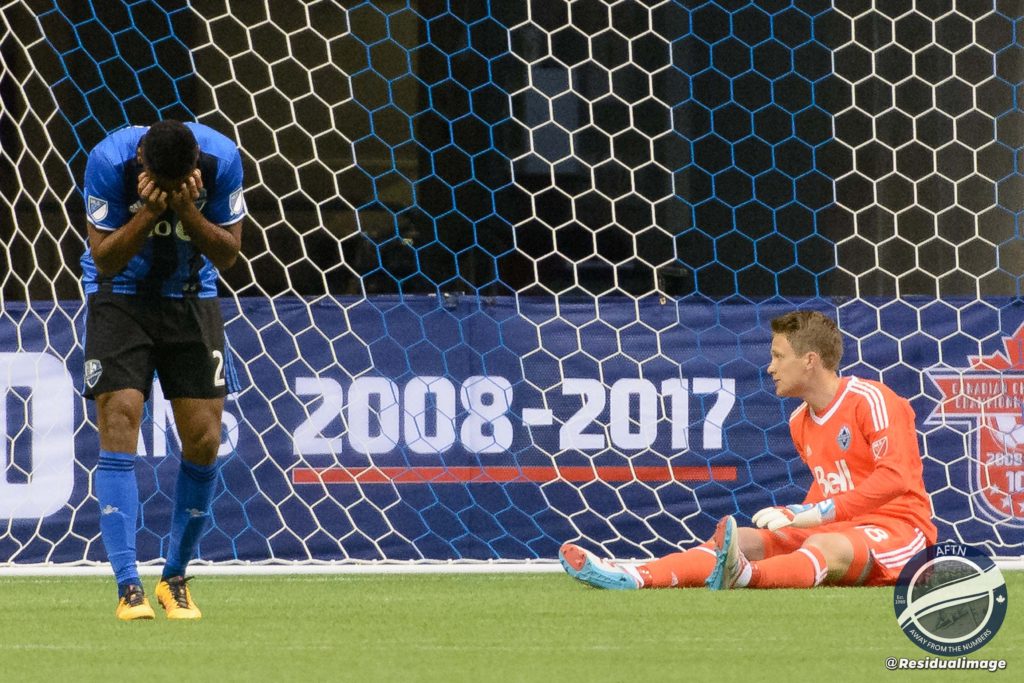 A shocking, and possibly costly, miss 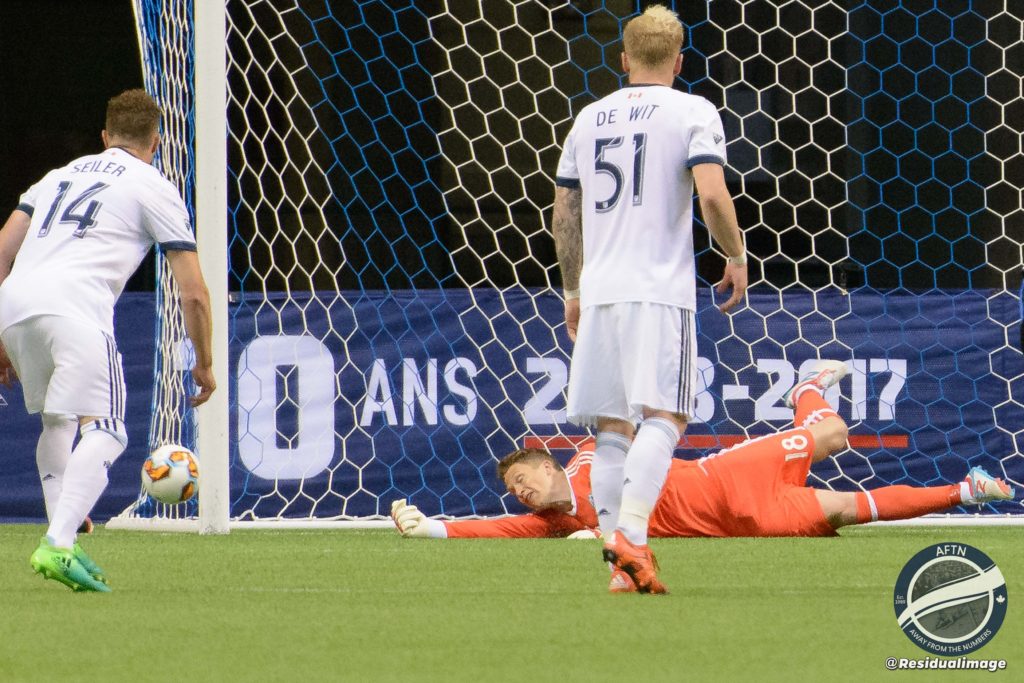 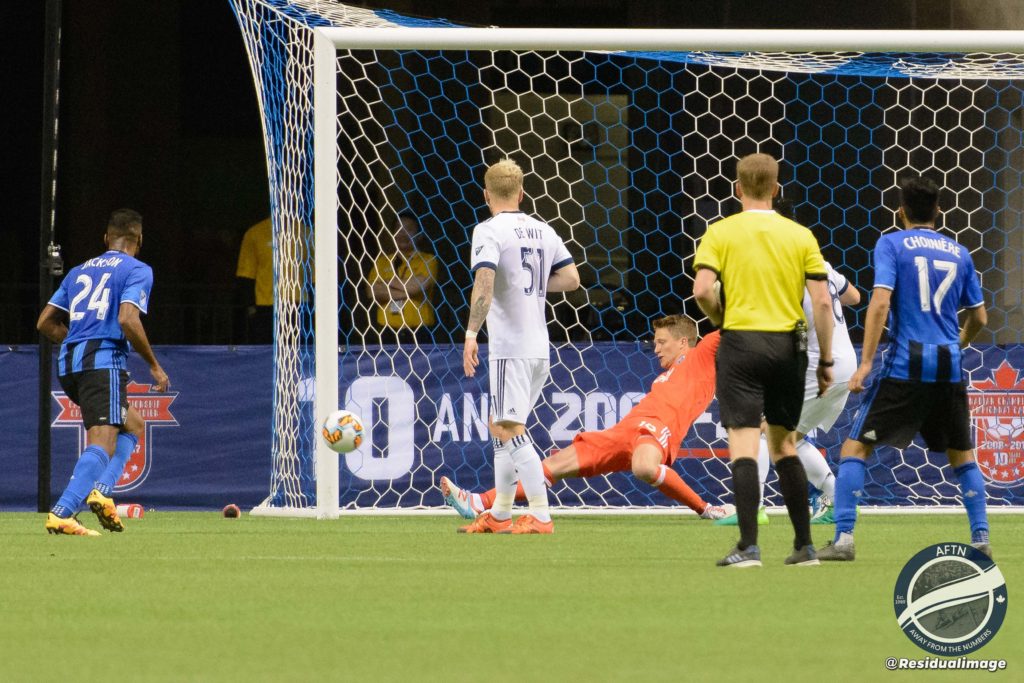 And Richey came up huge again four minutes into stoppage time, denying Bernier again with a reflex leg save on the goalline 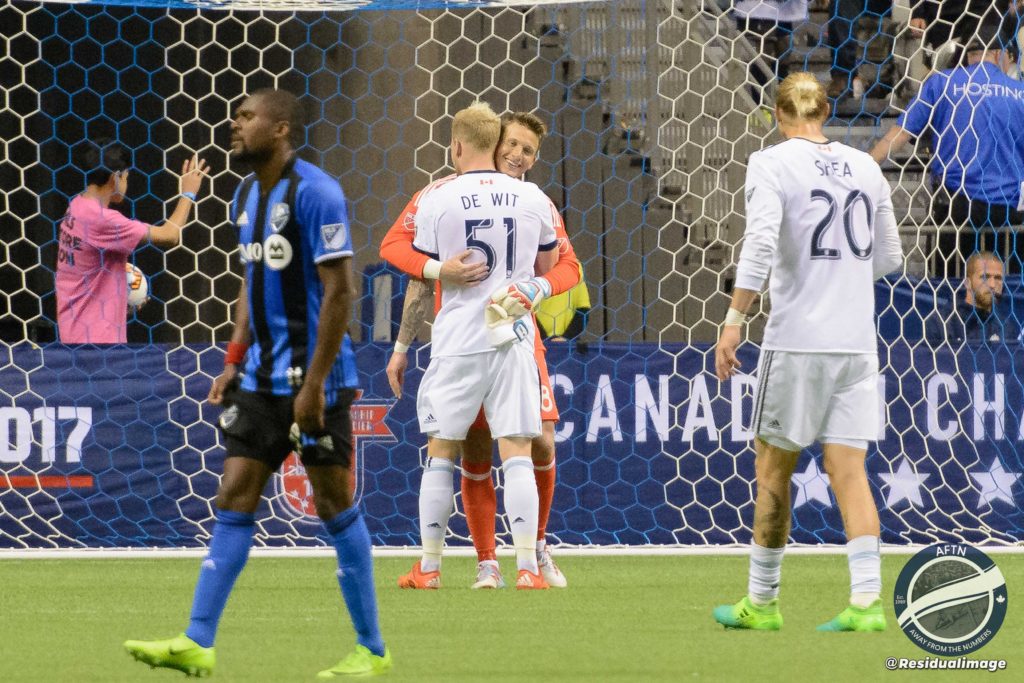 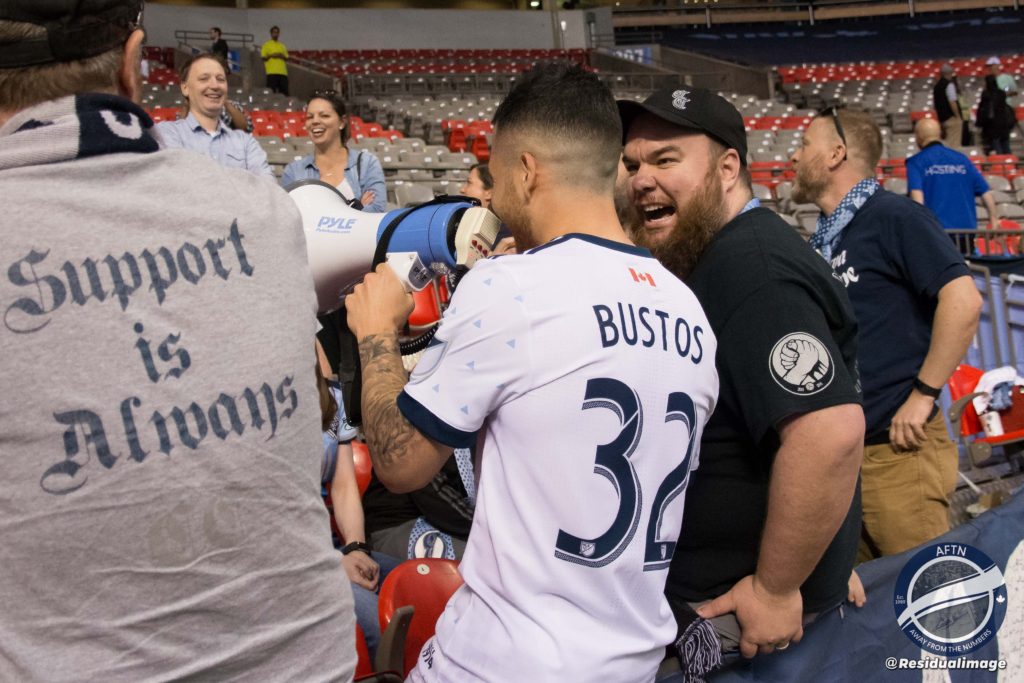 As does Marco Bustos, who does the Humba with Curva Collective