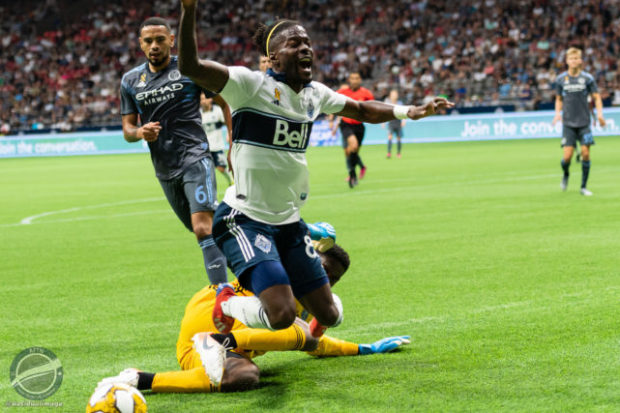 It’s been a long time coming, but now it’s official – Vancouver Whitecaps have been eliminated from contention for the 2019 MLS playoffs.

The final nail in the coffin was fittingly banged in at home, a place far from being called a fortress this year, by New York City FC in a 3-1 defeat that saw some decent play form a Whitecaps perspective, but ultimately the difference in class between them and playoff teams this season was very much on display.

Goals from Heber and Gary Mackay-Steven had the New Yorkers two up and on easy street by the 26th minute, and a first half overturned penalty decision summed up Vancouver’s evening.

The ‘Caps did get on the scoresheet from a 64th minute Yordy Reyna free kick, but any hopes of a comeback were quickly dashed when Alexandru Mitrita curled home a stunning free kick eight minutes later to restore NYC’s two goal lead and round off the scoring. 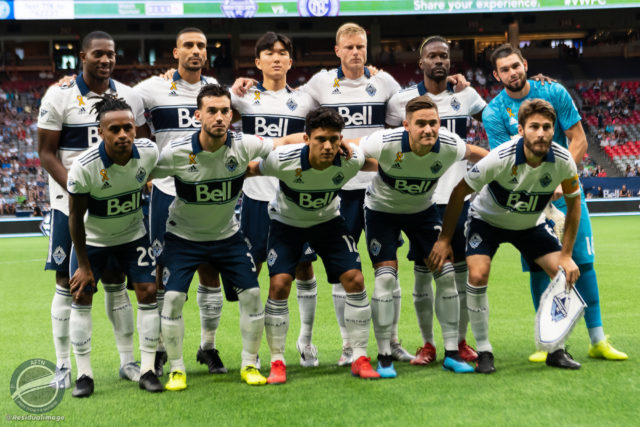 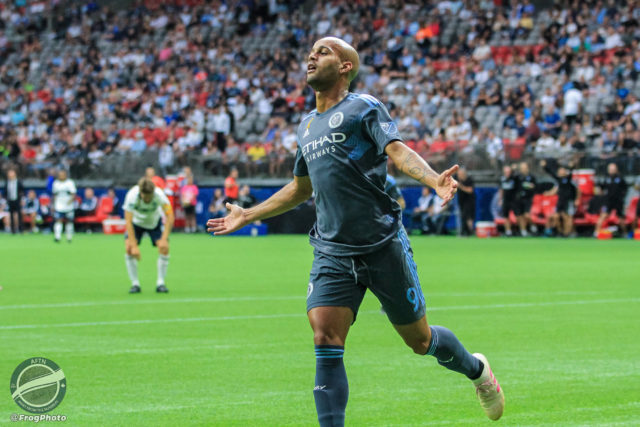 It didn’t take long for the visitors to make their presence felt though as Tony Rocha picked Jon Erice’s pocket, Alexandru Mitrita set up Heber, and the striker fired home a 10th minute opener with a lovely outside of the foot finish 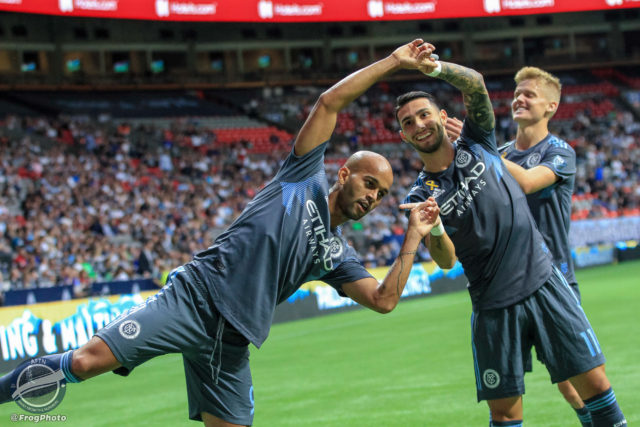 Not so sure about the celebrations though 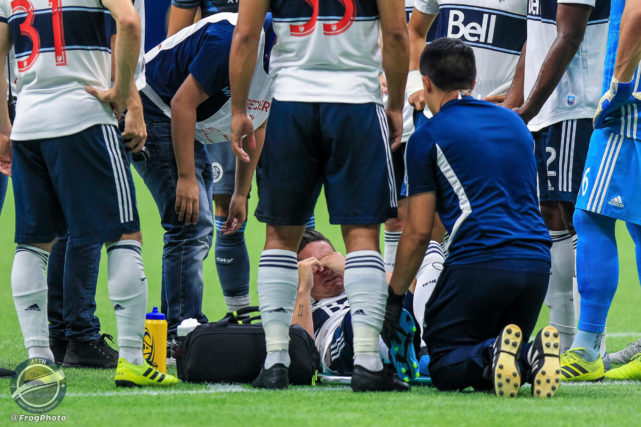 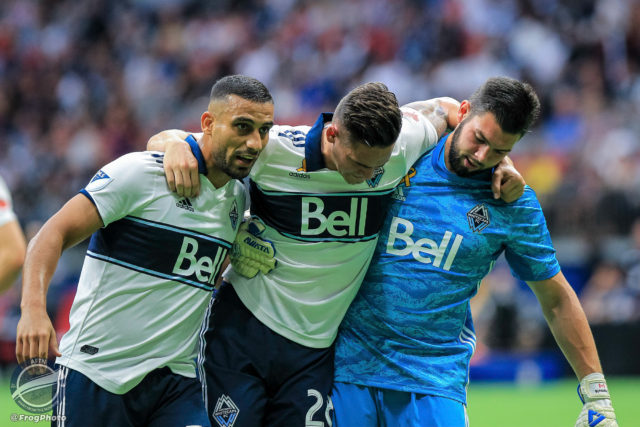 And the right back had to be helped off the pitch, leaving BC Place in a walking boot and on crutches 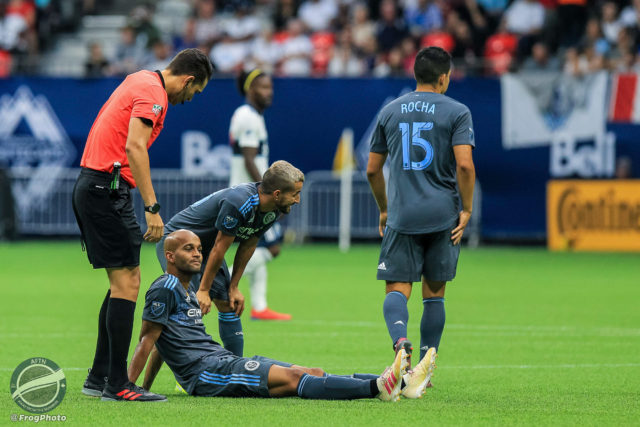 But the injury bug was catching and goalscorer Heber soon followed 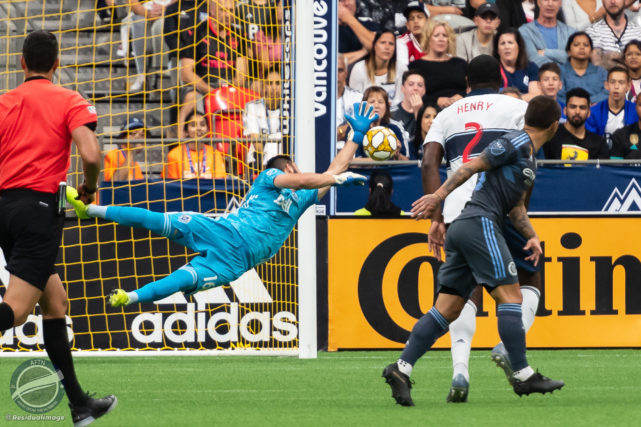 At least Max Crepeau was being a constant with his saves 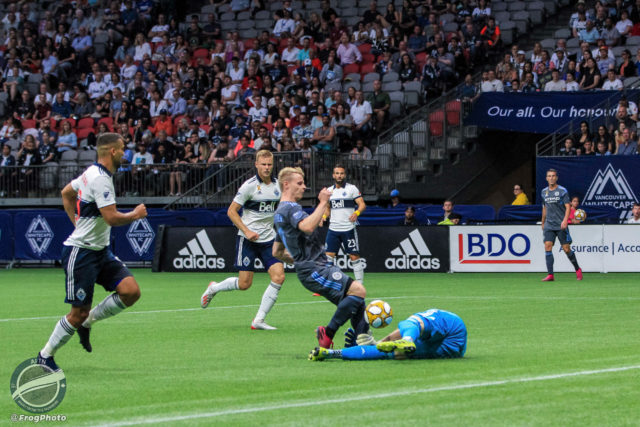 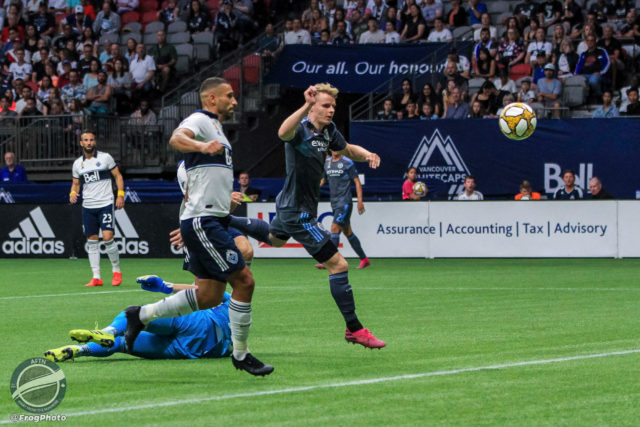 Knocking it over Crepeau 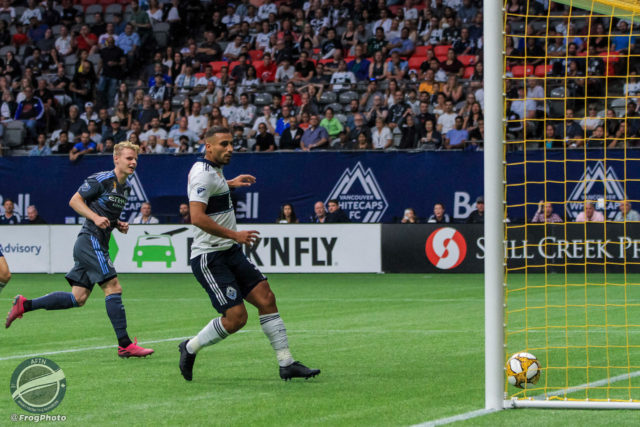 For his first MLS goal, and on his birthday to boot 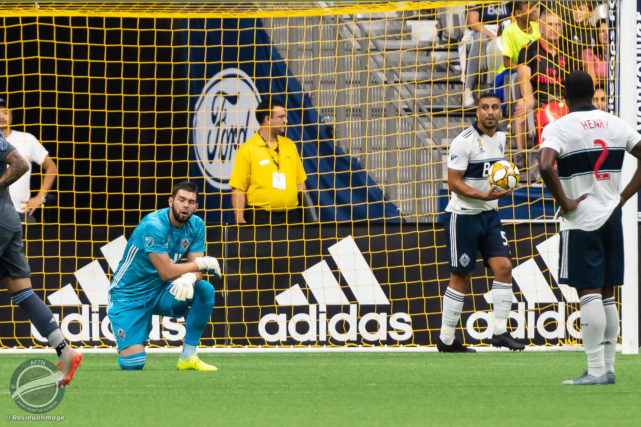 Was another long evening in store for the ‘Caps? 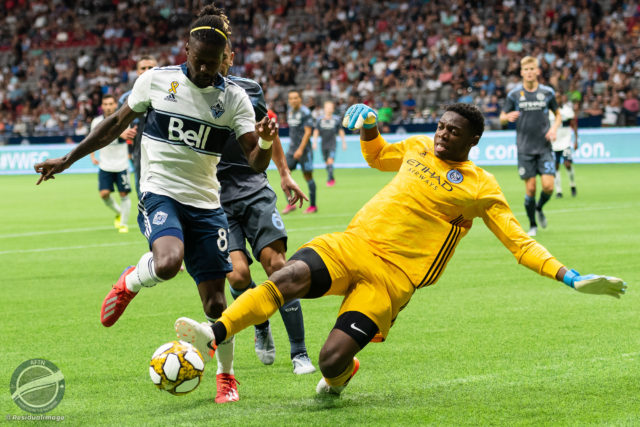 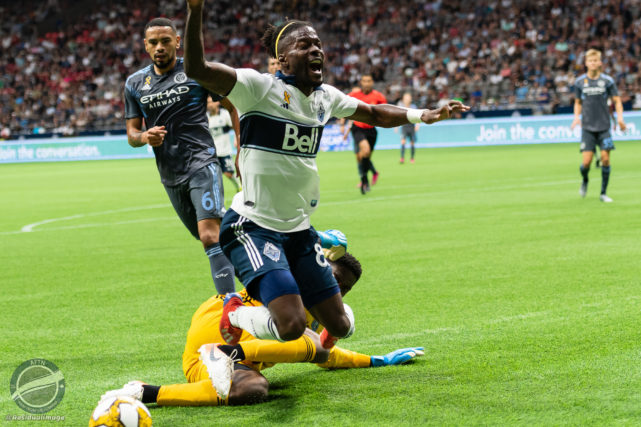 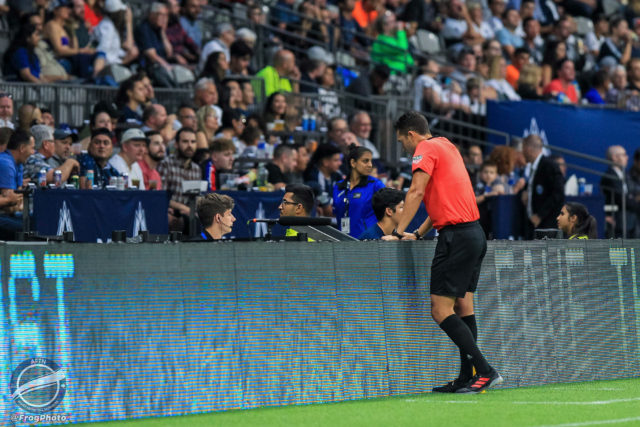 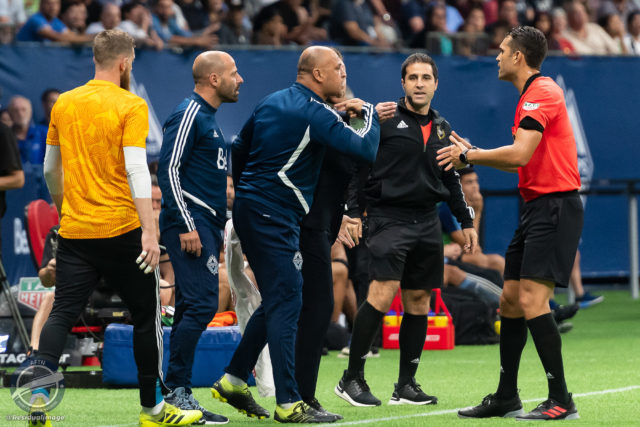 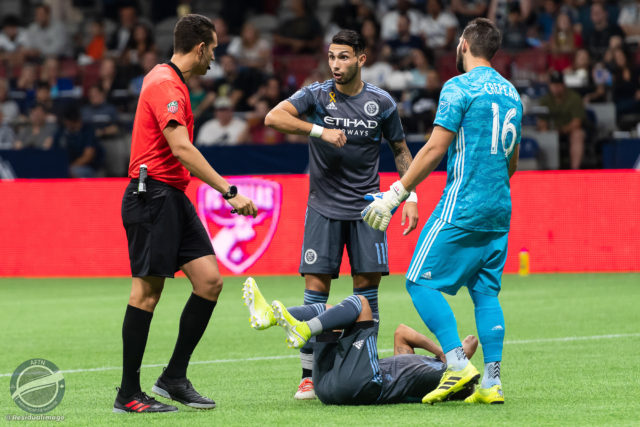 Could they have been followed by Doneil Henry for an elbow? NYCFC felt yes 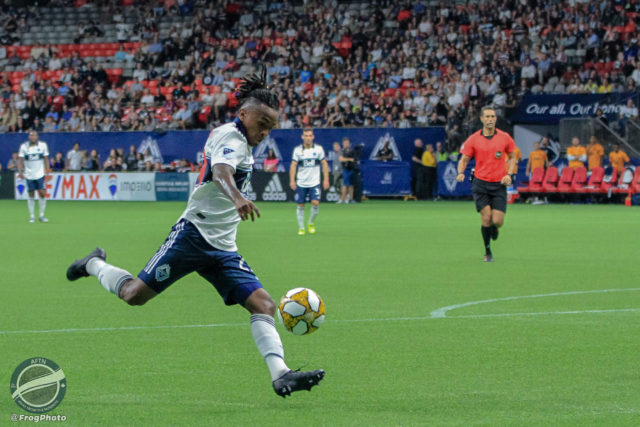 But Yordy Reyna gave the Whitecaps some hope, getting onto a Ricketts pass 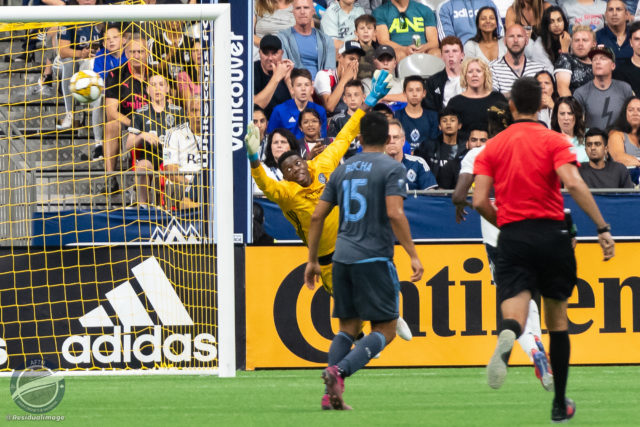 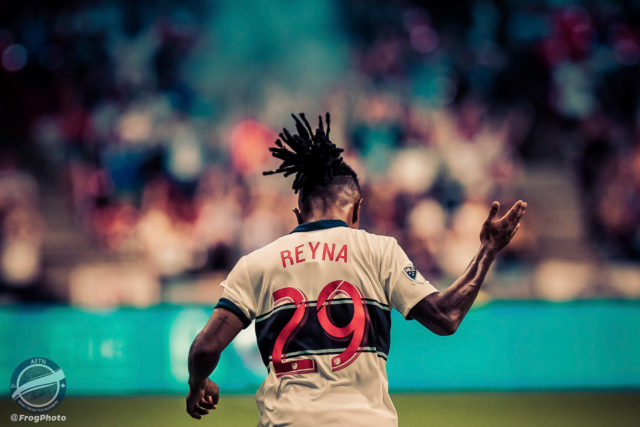 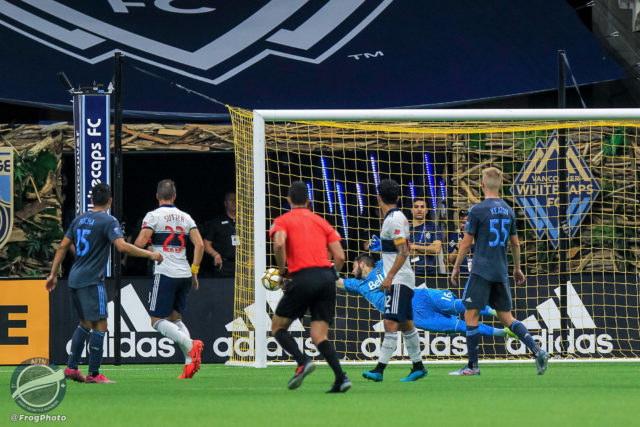 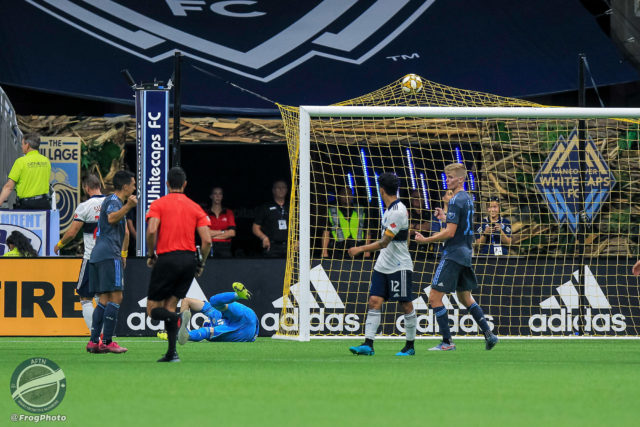 With a wonderful curling free kick around the wall, securing a 3-1 NYCFC win 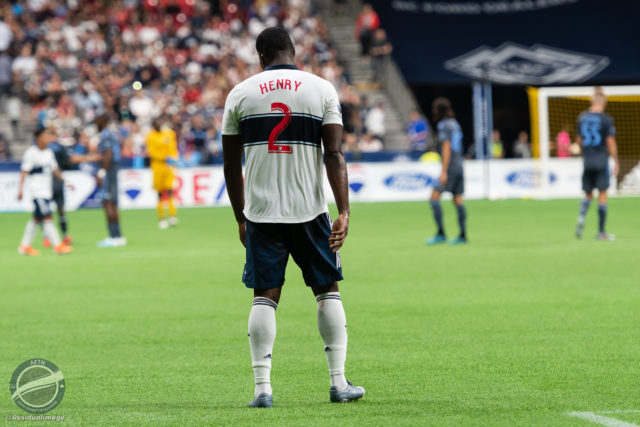 Another defeat, the playoffs officially gone, and the body language says it all for how disappointing this season has been 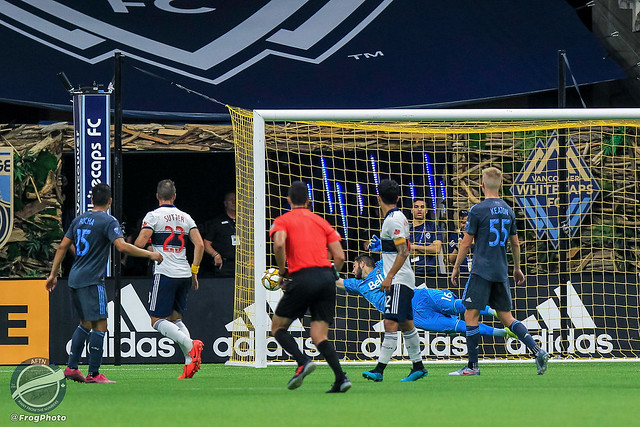