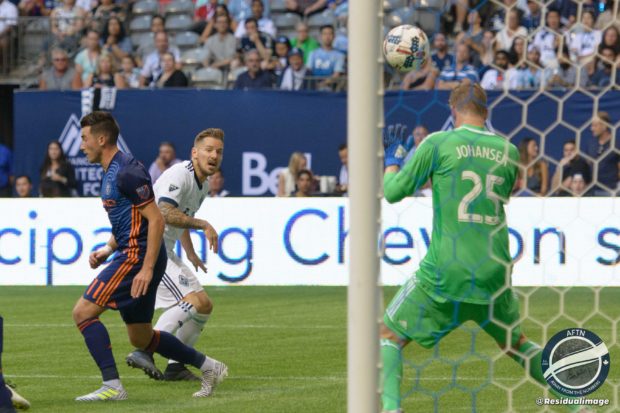 New York City FC headed to BC Place on Wednesday evening, undefeated in five and on the back of four straight wins. Vancouver Whitecaps were winless in three and coming off the back of a thumping in Chicago. There could only be one result, right? Not so fast.

In a match of twists and turns, and the proverbial game of two halfs, the ‘Caps came out strong, going ahead just three minutes in from a cool Fredy Montero finish. But by half time a Maxime Chanot goal, a David Villa penalty, terrible defending, and controversial refereeing, all conspired to give NYC a 2-1 lead.

It looked to be a long way back for the Whitecaps, but they came out like a different team for the second half, taking the game to visitors and getting back on level terms nine minutes after the restart from a sweet Jordan Harvey finish at the back post.

You felt either team could go on and win this now, but as the game seemed to be heading to a drawn conclusion, super sub Yordy Reyna bulleted home a diving header from a fantastic Jake Nerwinski cross with two minutes remaining to secure all three points for Vancouver.

The win catapulted the Whitecaps back into the playoff places with some games in hand over all the teams above them. Shame there’s now a two week break really. 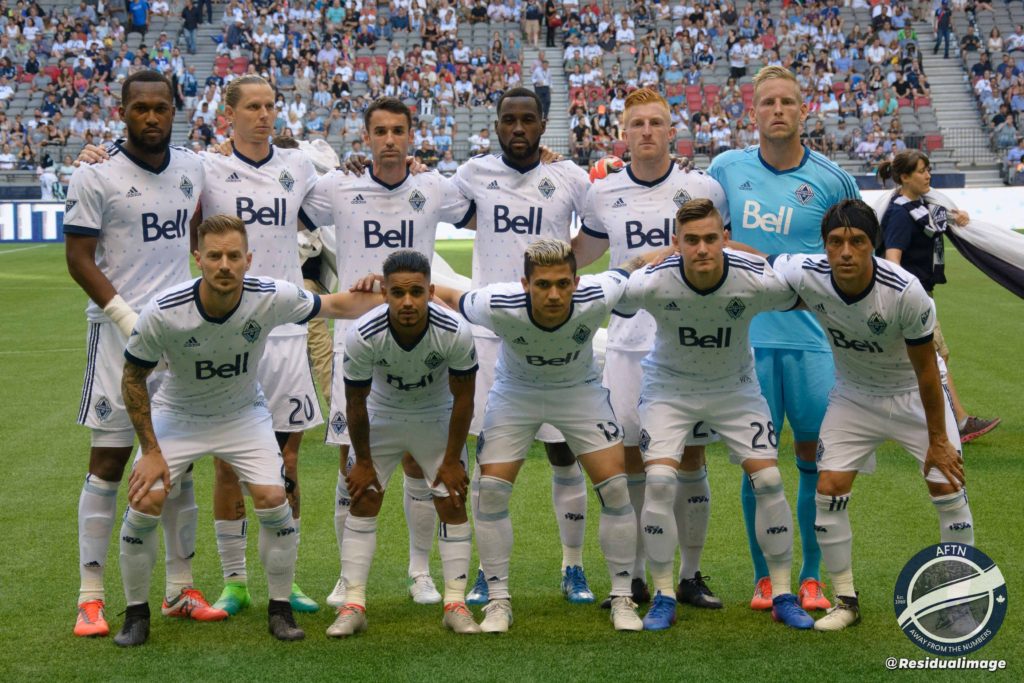 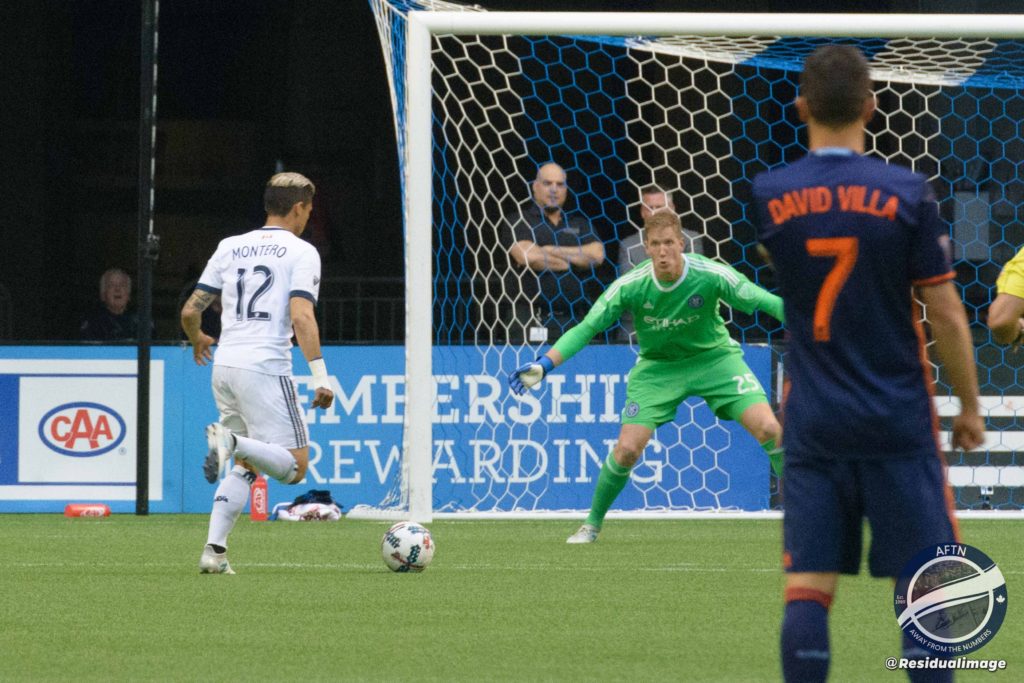 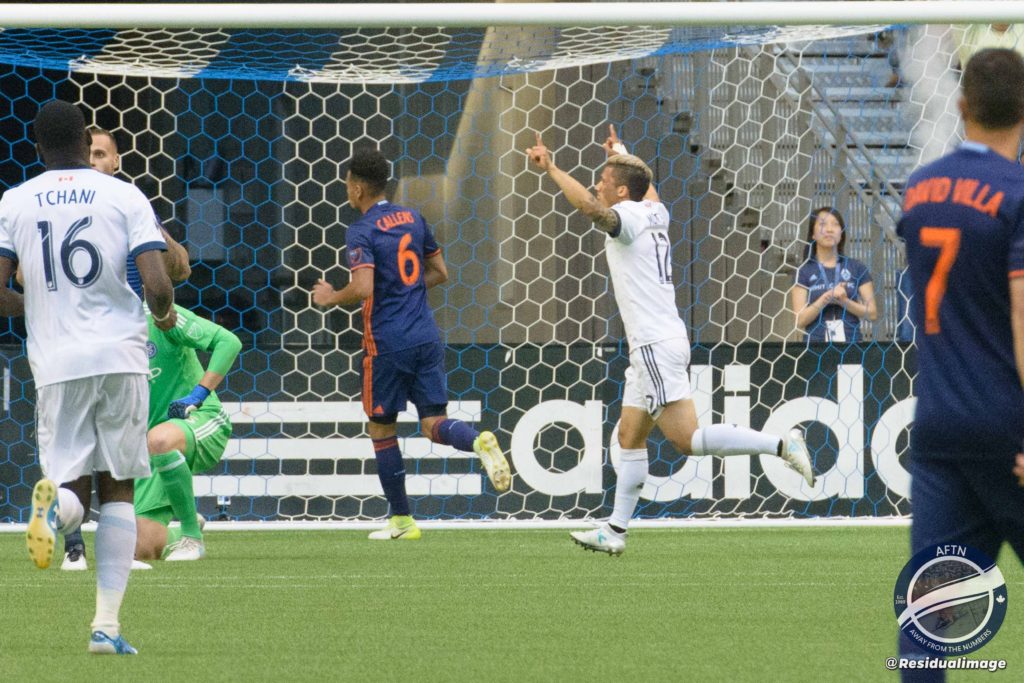 Wrongfooting Eirik Johansen to fire the ‘Caps into an early lead 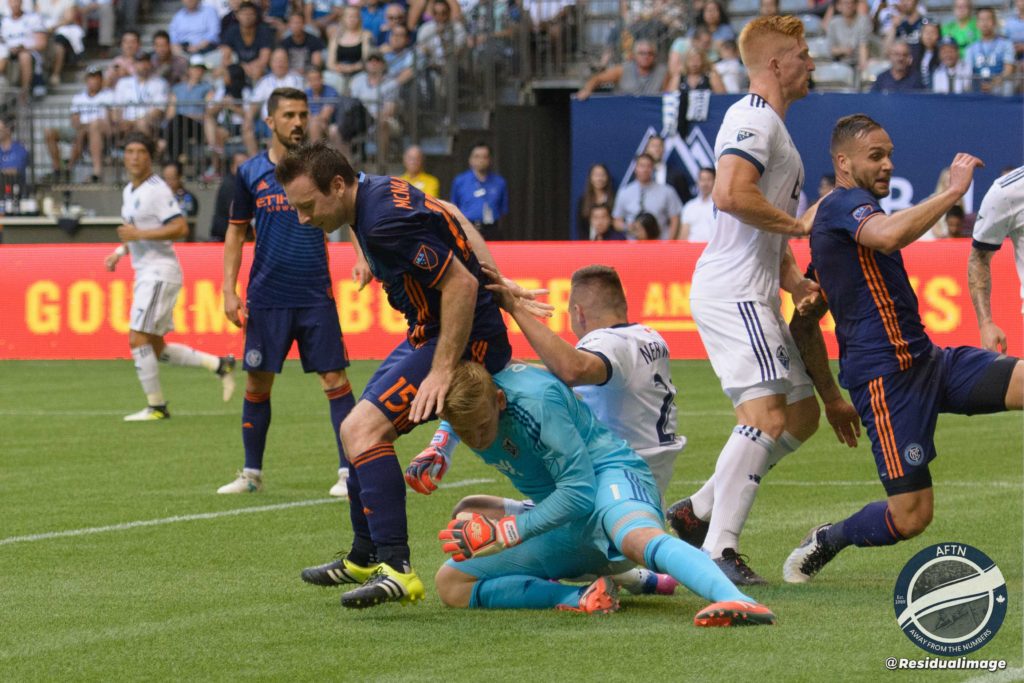 It was a lead that was to last till the 34th minute when a defensive blunder, and a spill by David Ousted, allowed Maxime Chanot to poke home the equaliser from a couple of yards out 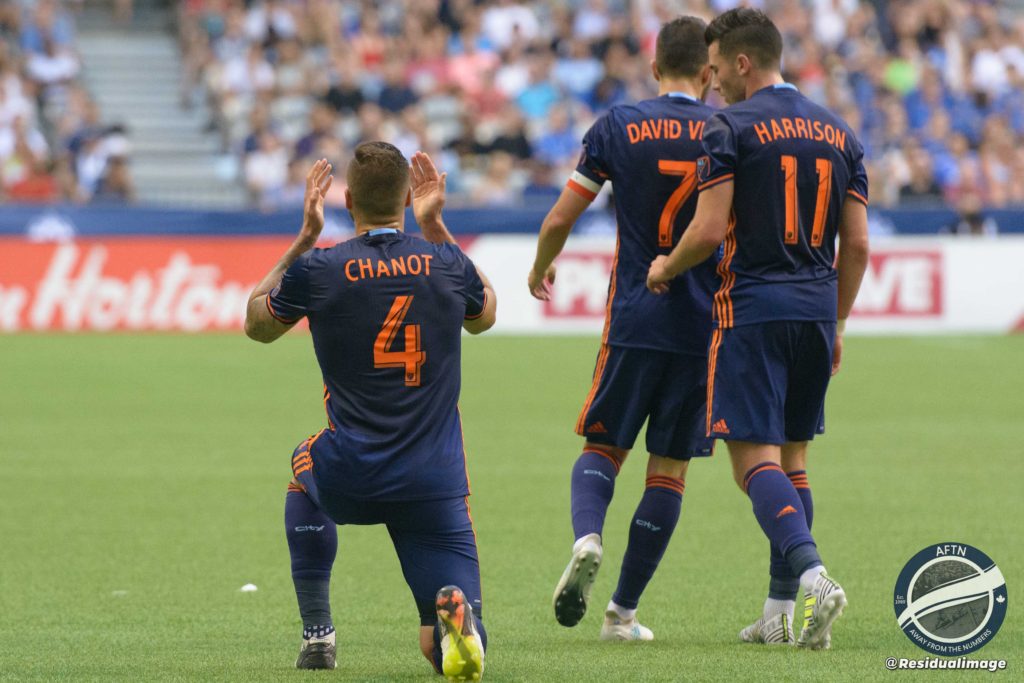 Another costly Vancouver mistake, which the visitors gratefully received 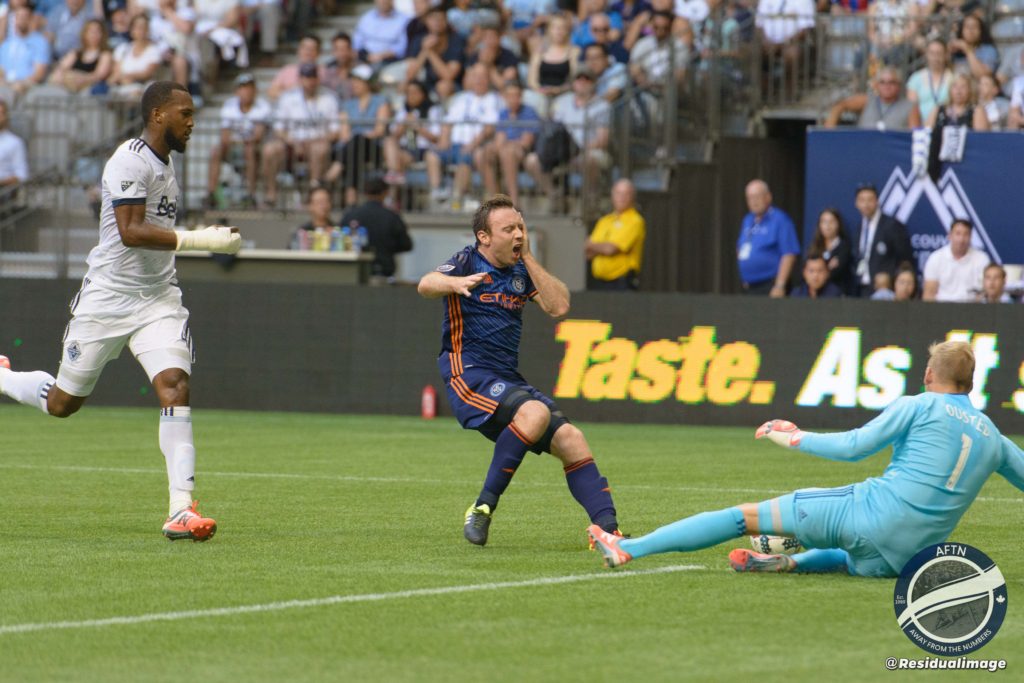 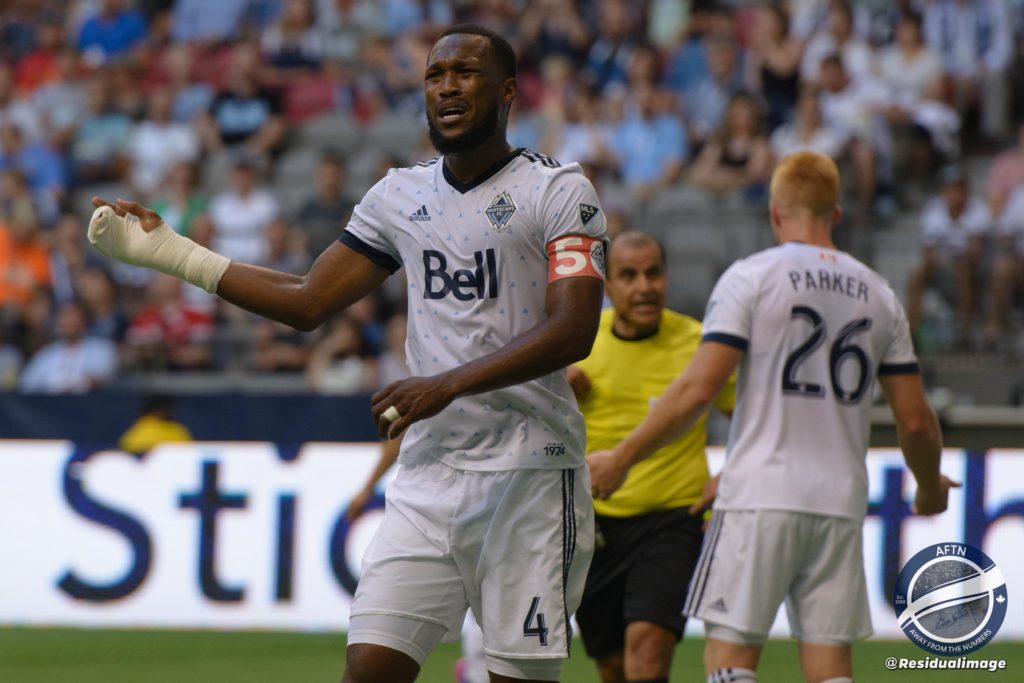 And the big man couldn’t believe it as the penalty was awarded – neither could we! 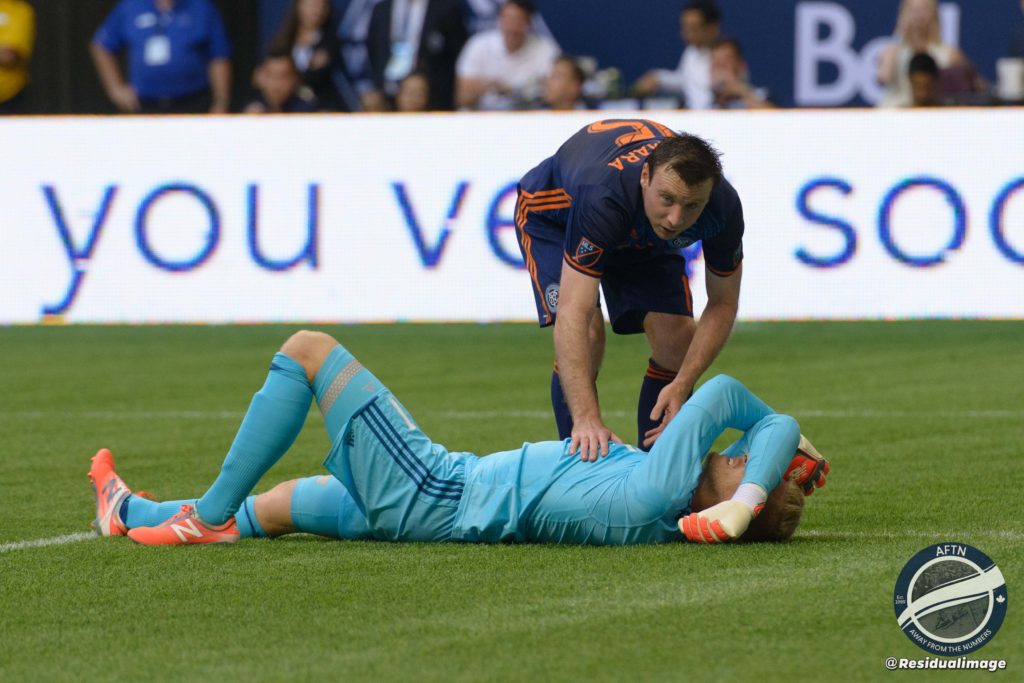 Especially since McNamara had clattered Ousted on the way through 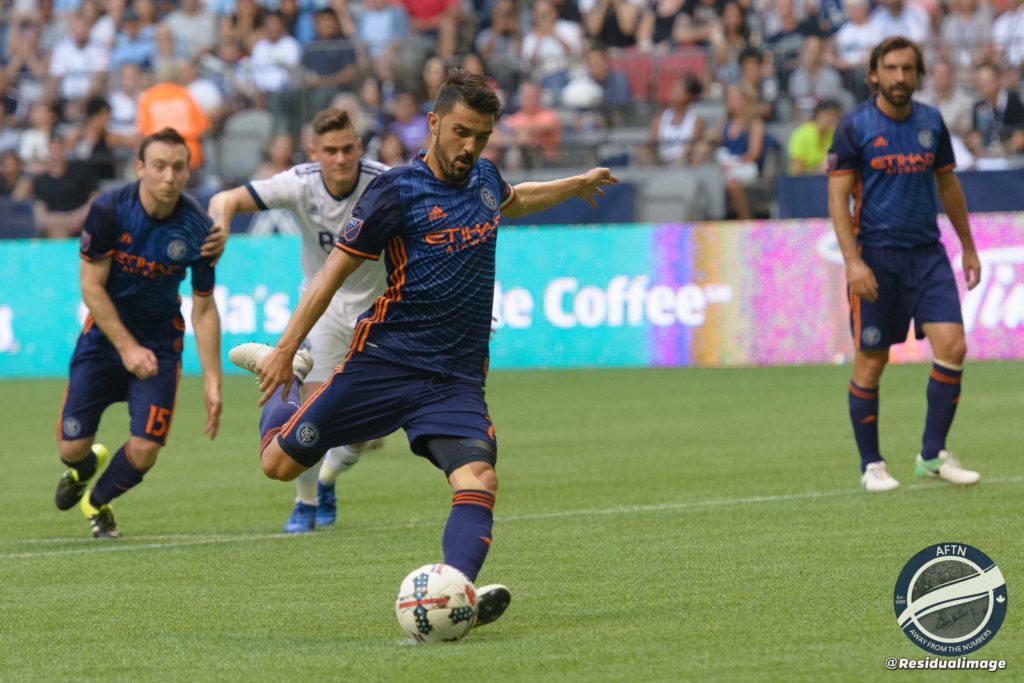 David Villa stepped up for the spot kick, sending Ousted the wrong way for his 12th of the year 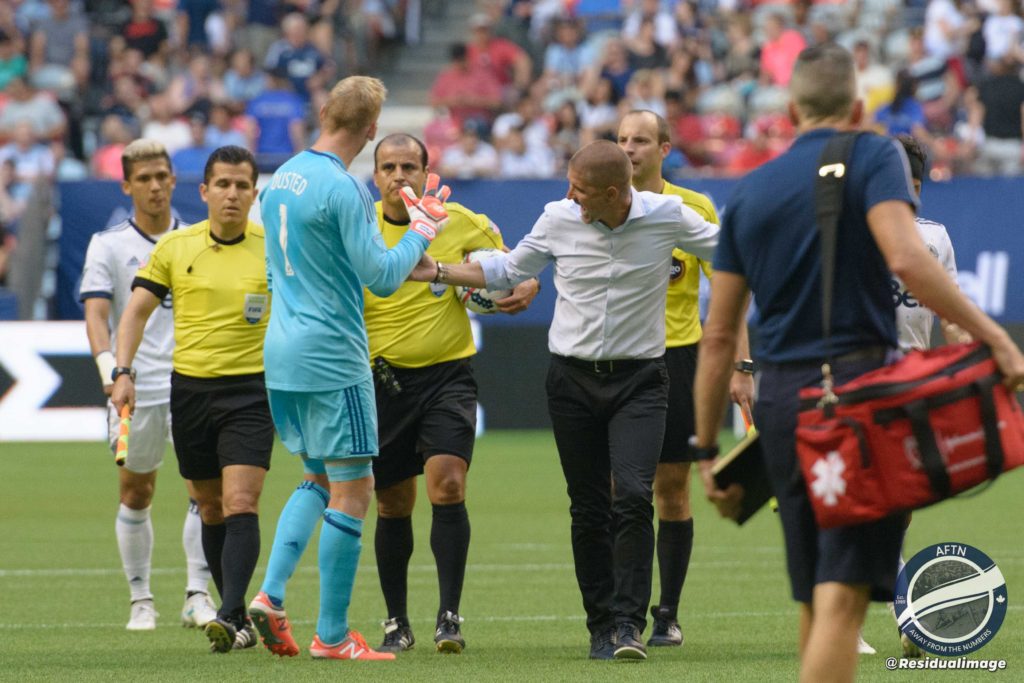 And as tensions rose at half time, it looked to be a long way back now for the ‘Caps 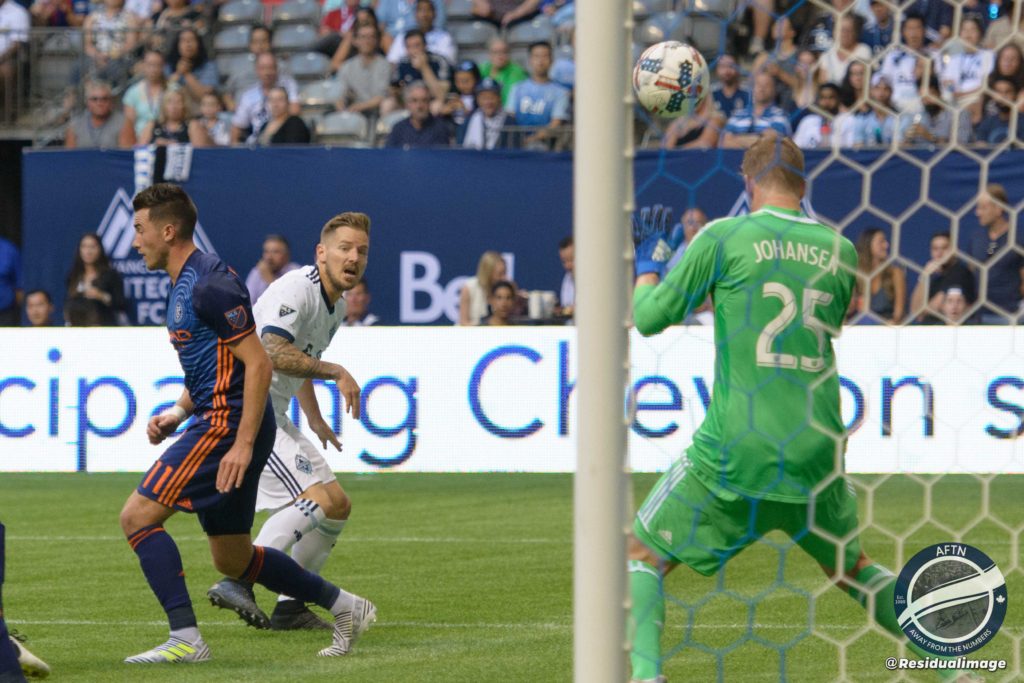 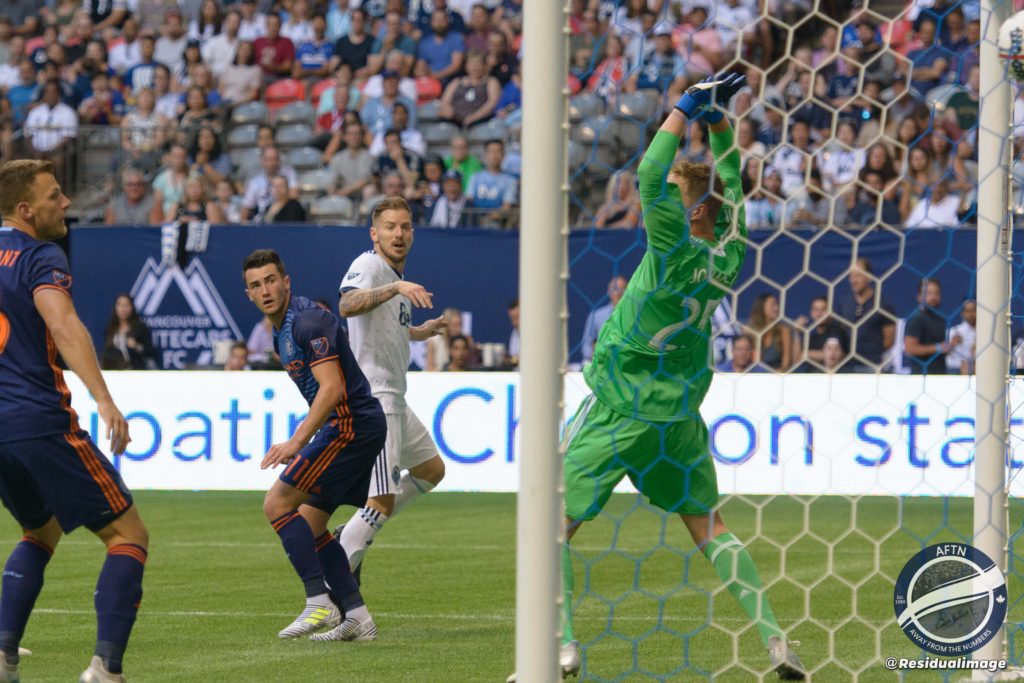 And the left back scored his first of the year with aplomb, and the sweetest of first time volleys 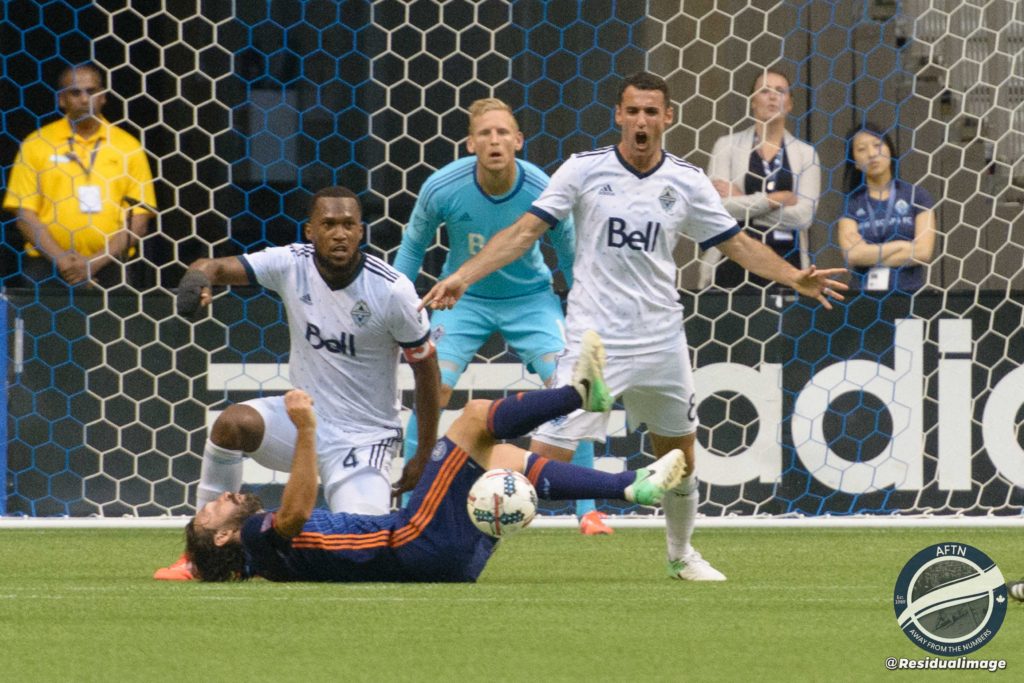 While at the other end, pensioner Andrea Pirlo’s hip gave out in the box for the second time of the match 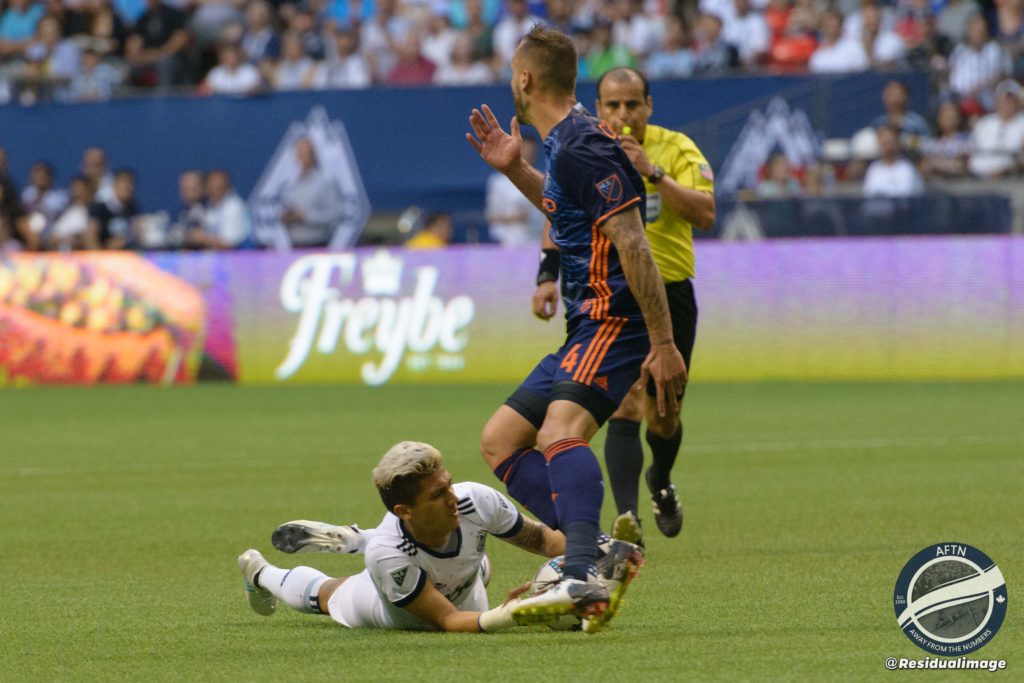 And our hearts skipped a beat when we thought the already booked Montero would do a Mati Laba and get sent off for grabbing the ball after a foul. Thankfully this time, it was an actual free kick 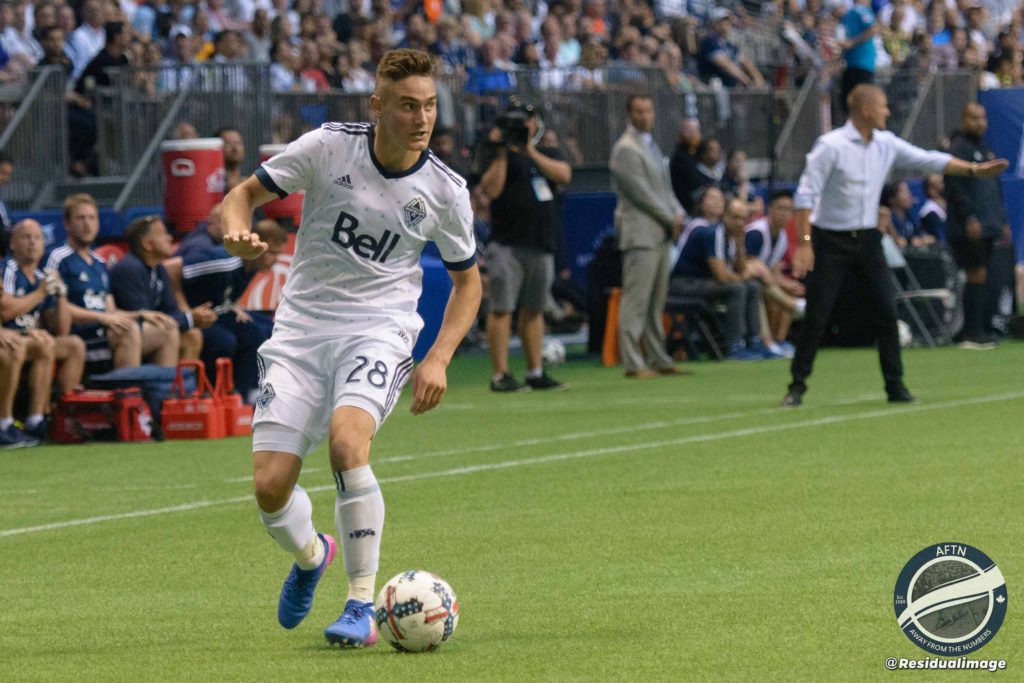 Then with the game seemingly heading to a draw, a neat interchange between Jake Nerwinski and Cristian Techera saw the right back power forward 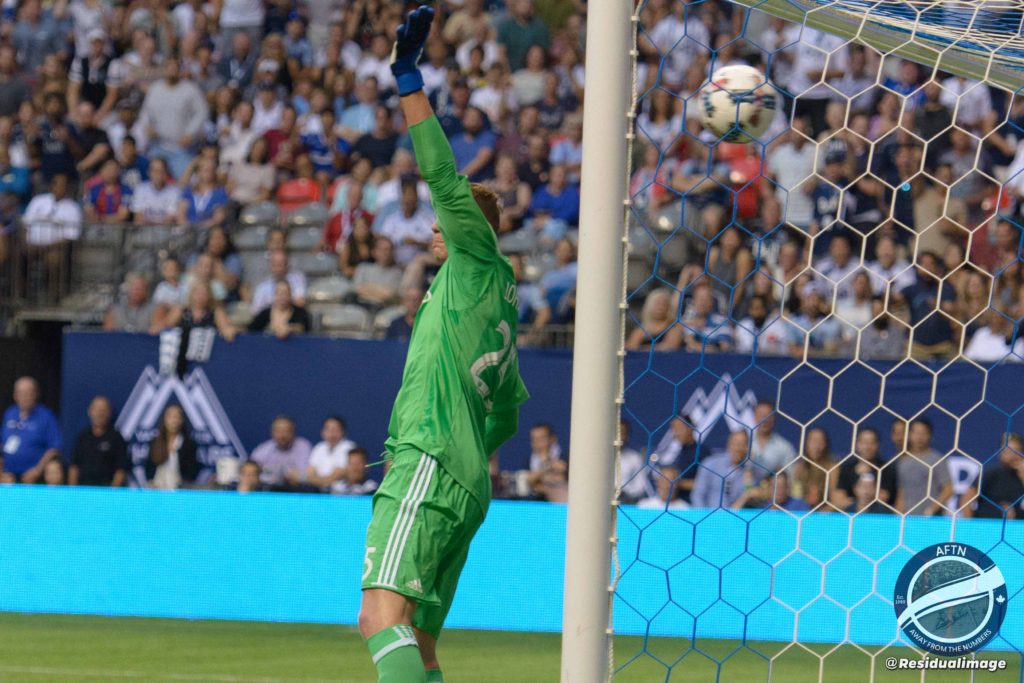 Whipping in a perfect cross to an unmarked Yordy Reyna 12 yards out, who bulleted home a header past Johansen for the winner 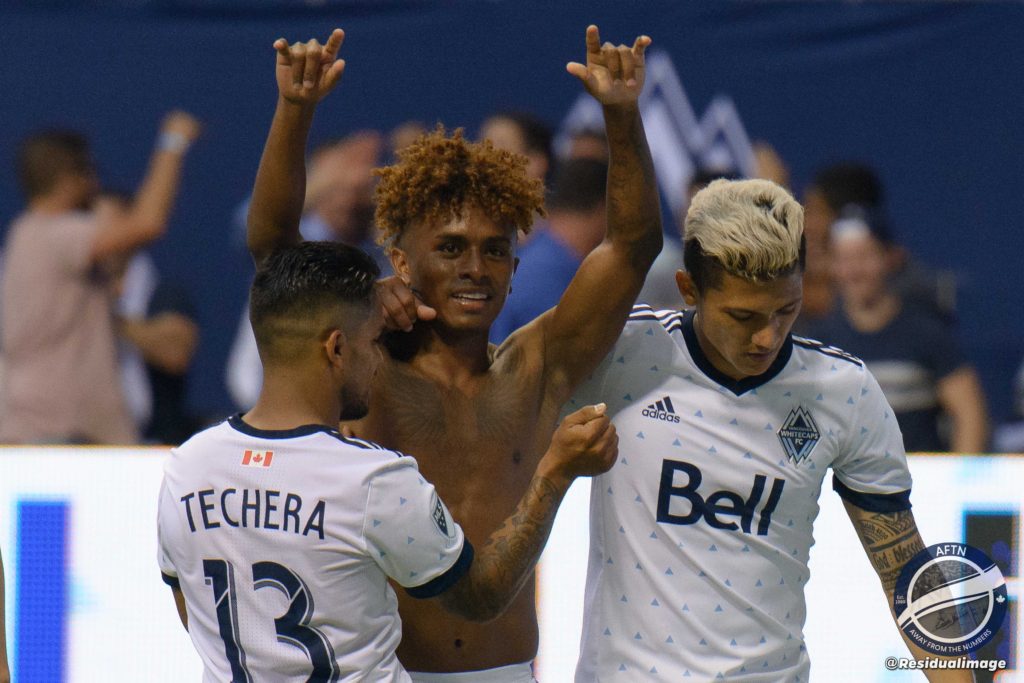 Reyna’s first MLS goal on his home debut. What a start! 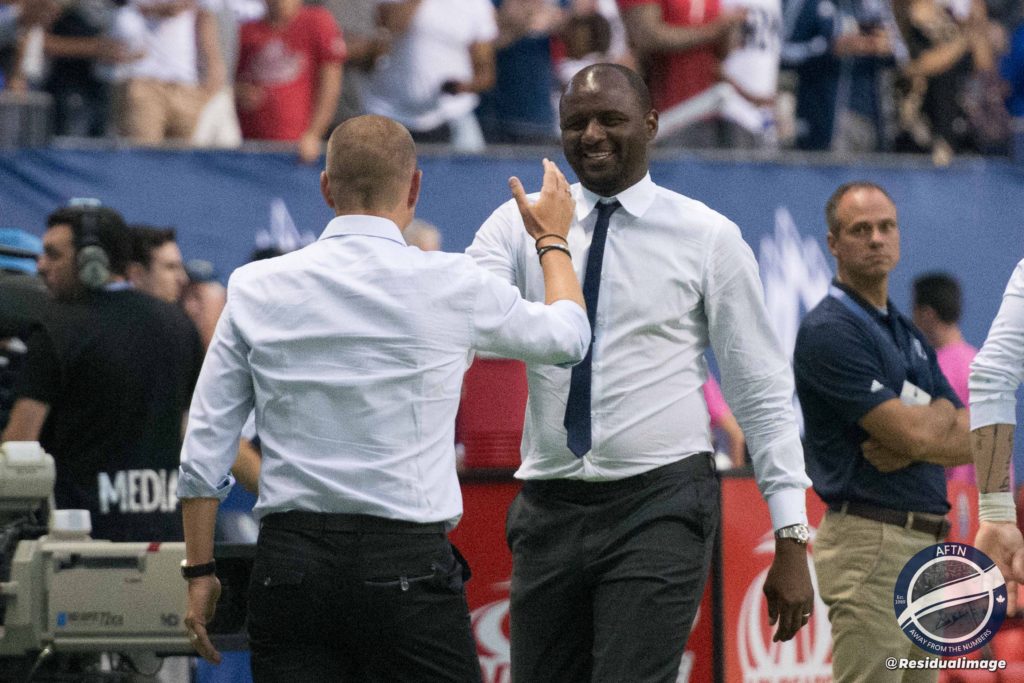 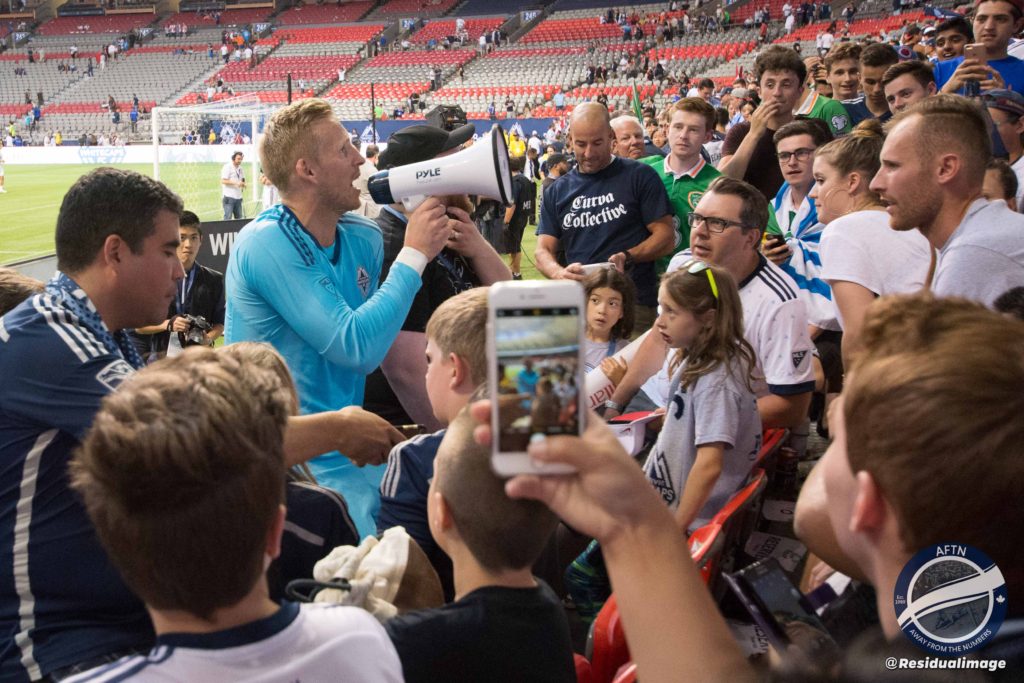 And so it David Ousted as he does the Humba with Curva Collective, and he’s loud enough without a megaphone!