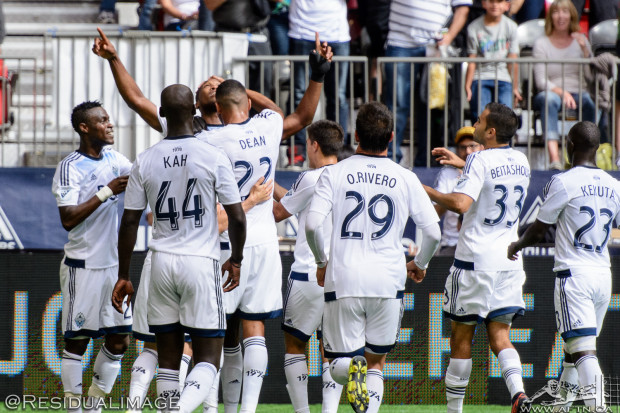 Three was the magic number for Vancouver Whitecaps at BC Place on Sunday evening.

As always it seems, it could have been a lot more.

David Ousted was denied an eighth clean sheet of the season, as complacency set in during the closing moments, a fact which pissed Carl Robinson off no end, telling reporters after the match that “the last minute goal really, really annoyed me. Watching it back, Matias Laba really should have closed down on Quincy Amarikwa.

Still, mustn’t grumble. Three points at home, moving up to second in the West, four points ahead of Seattle and Portland, and more importantly, seven ahead of the first team outwith the playoff places. Not a bad weekend’s work. 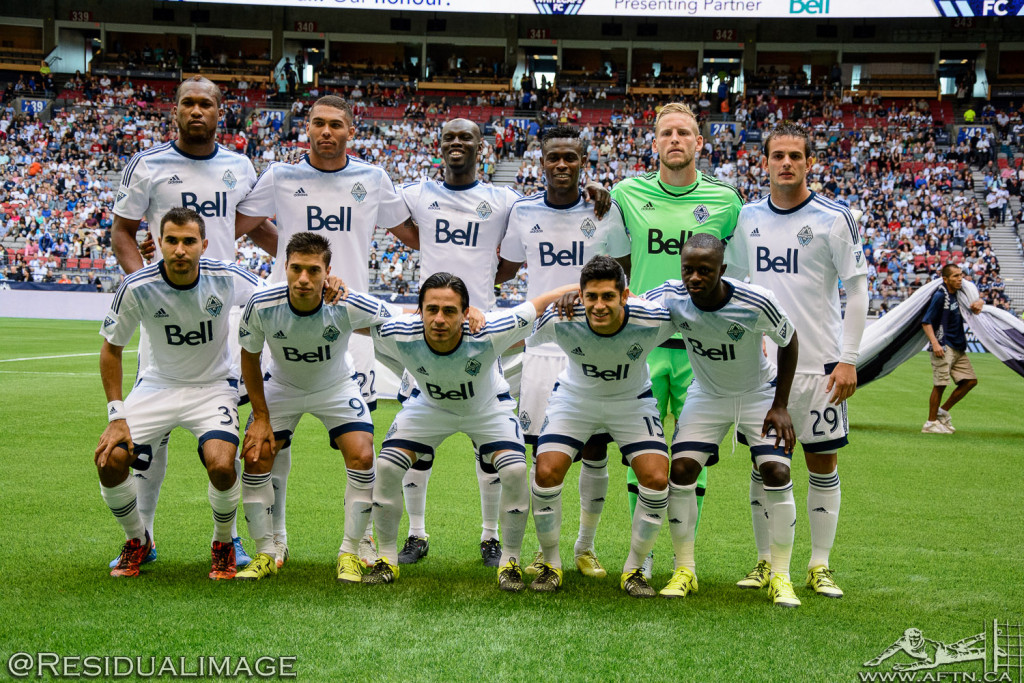 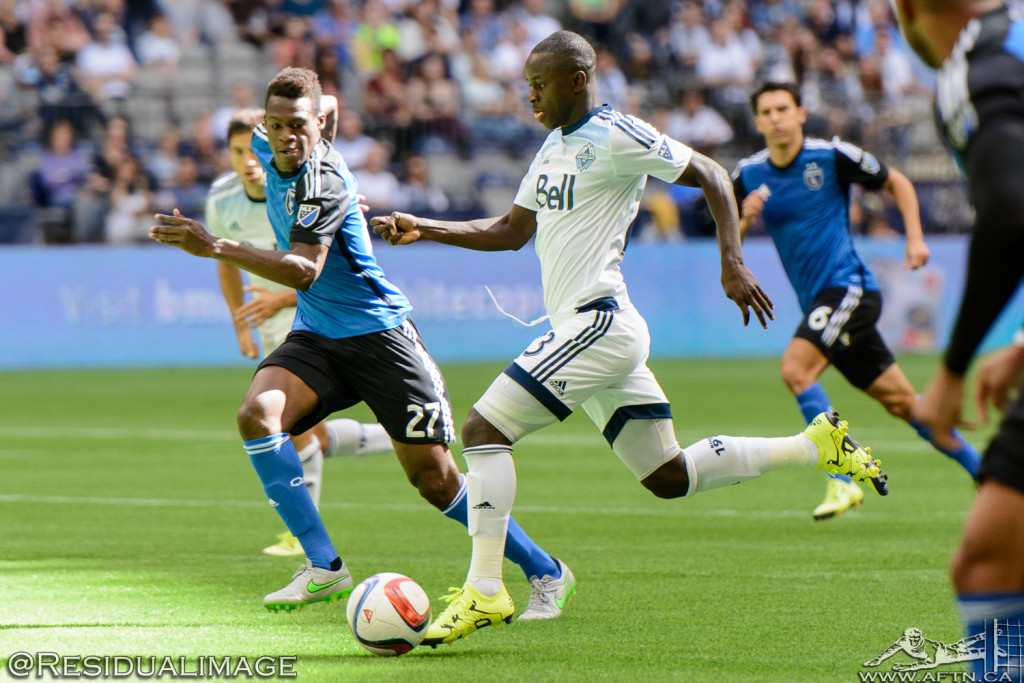 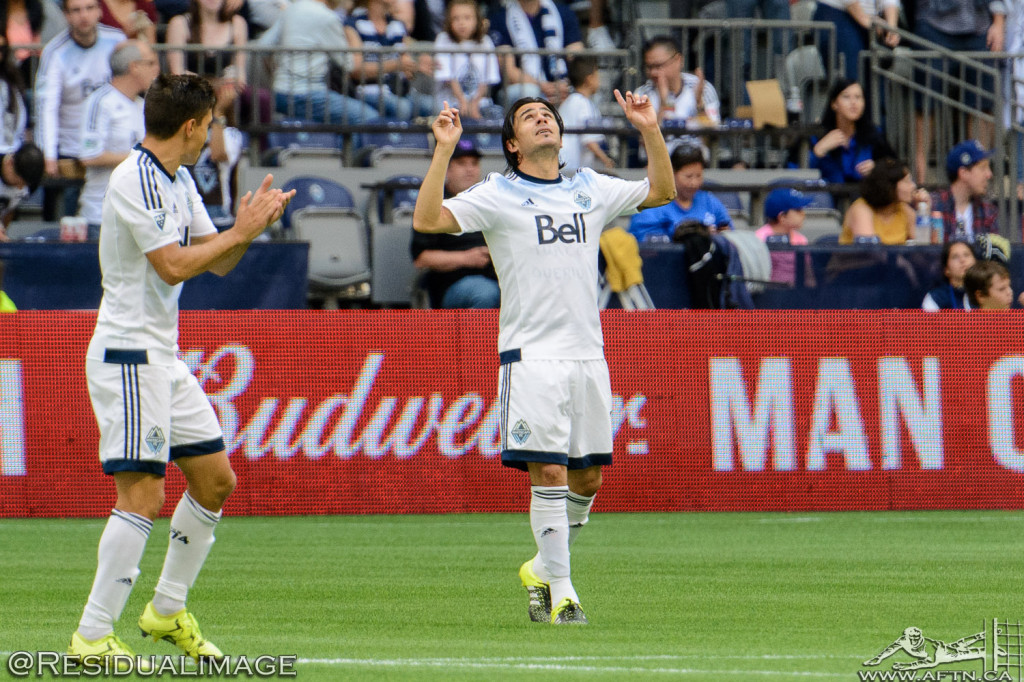 The ball breaks to Mauro Rosales, who points to where the ‘Caps are heading after firing home the opener 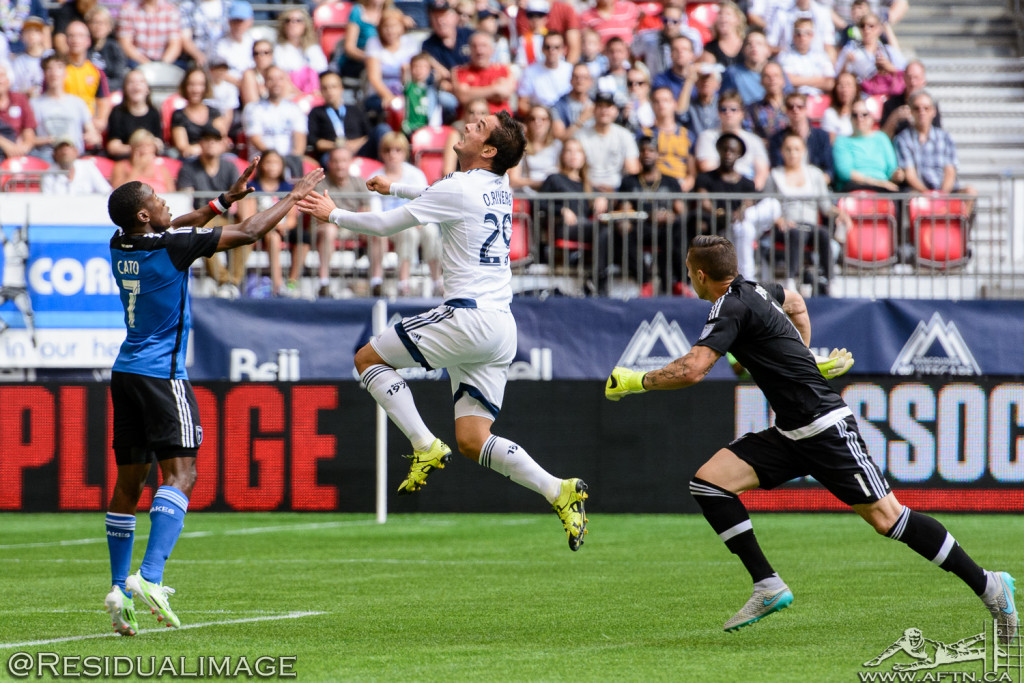 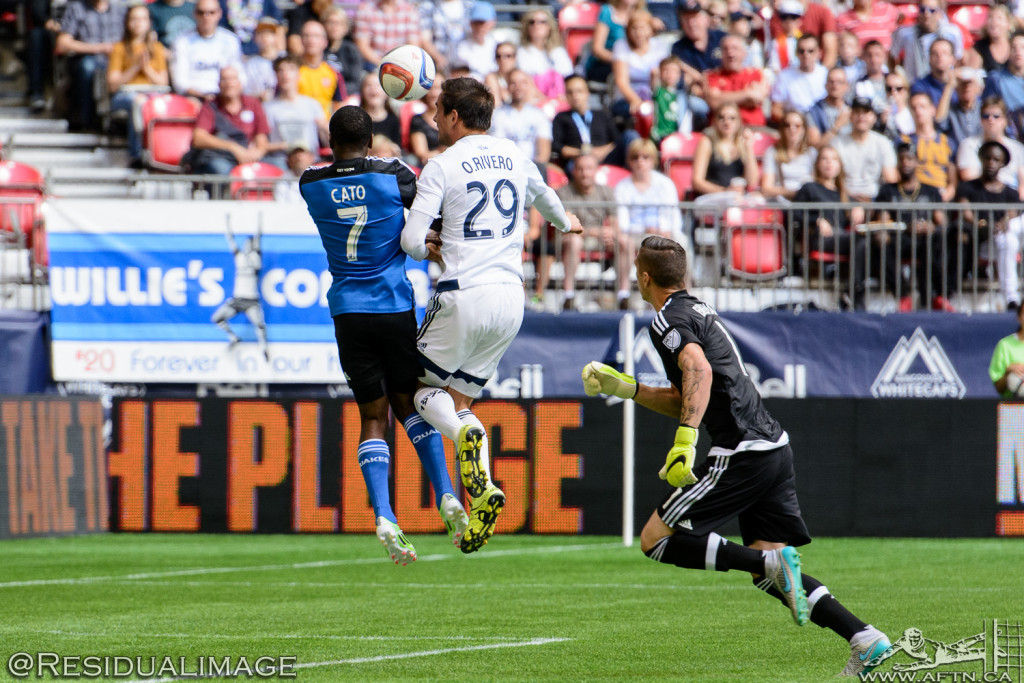 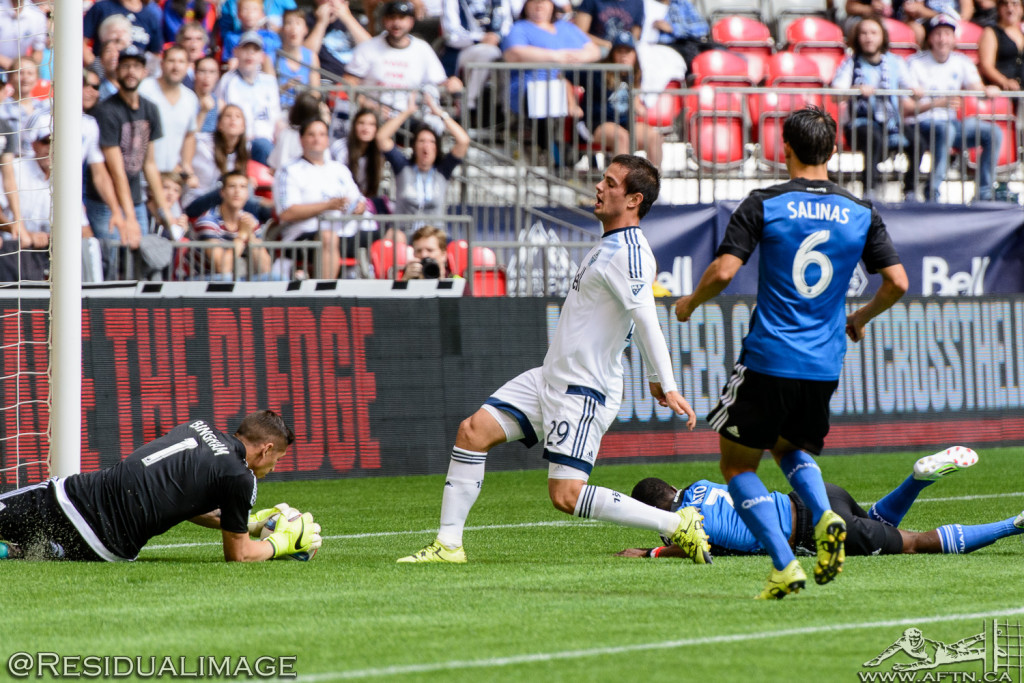 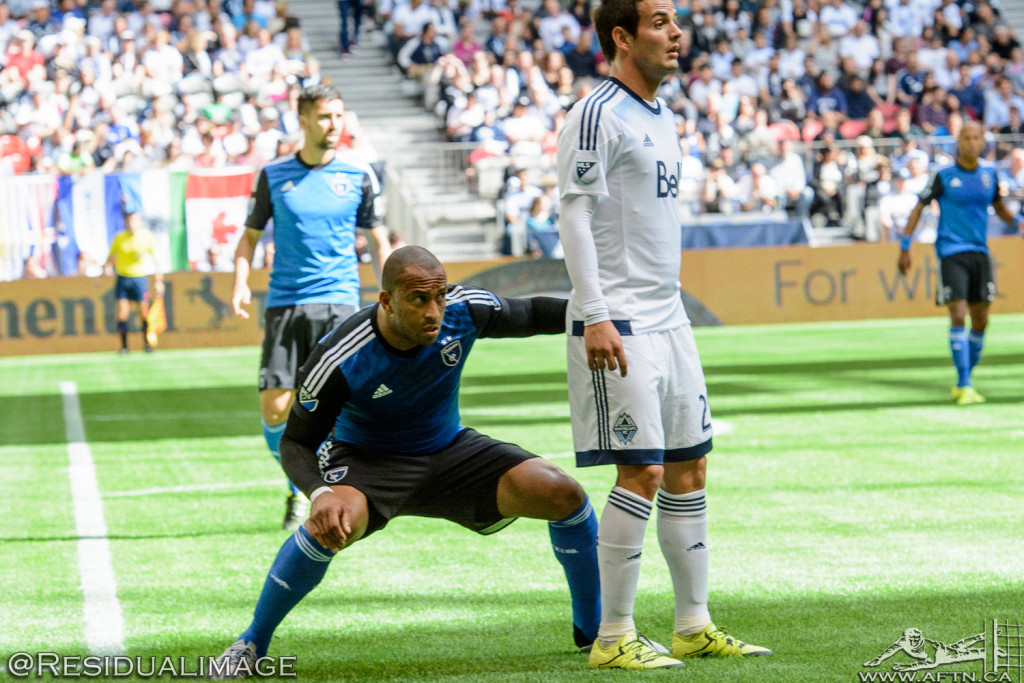 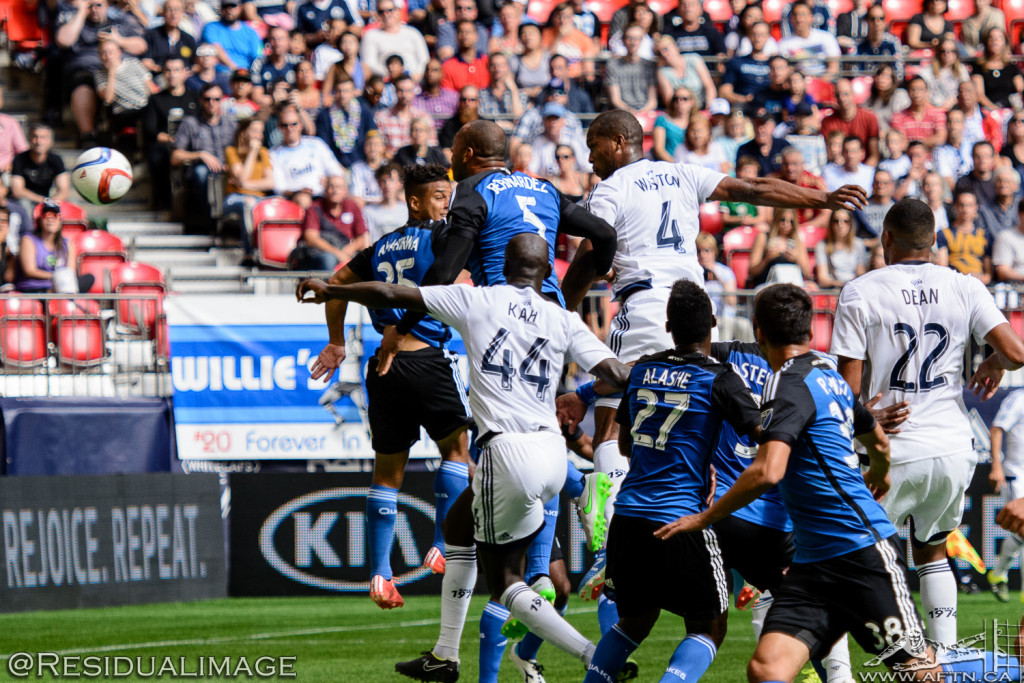 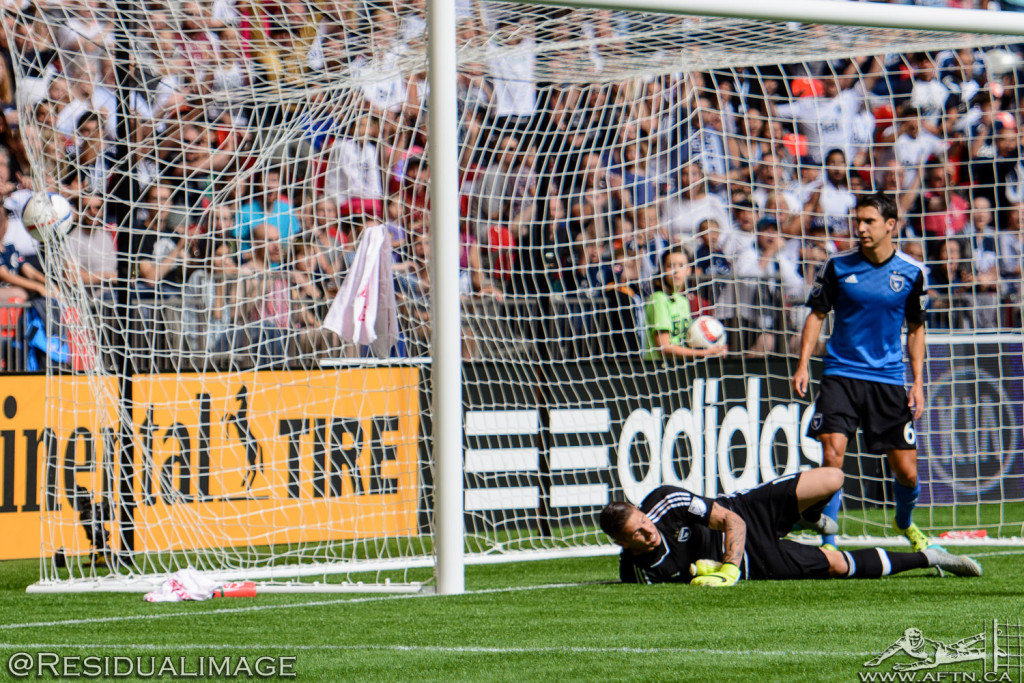 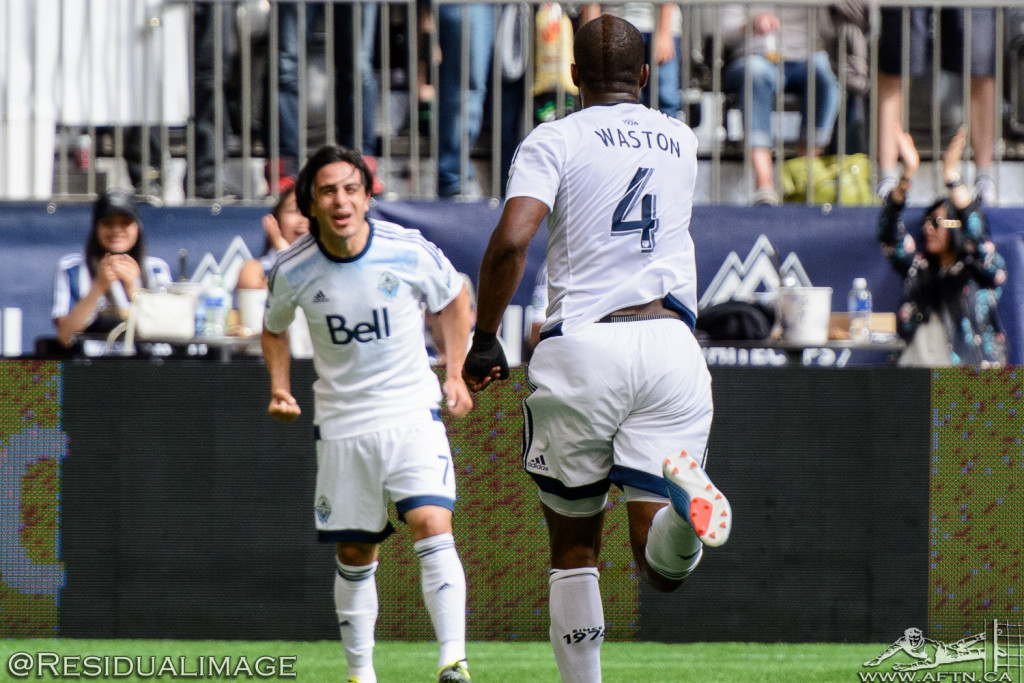 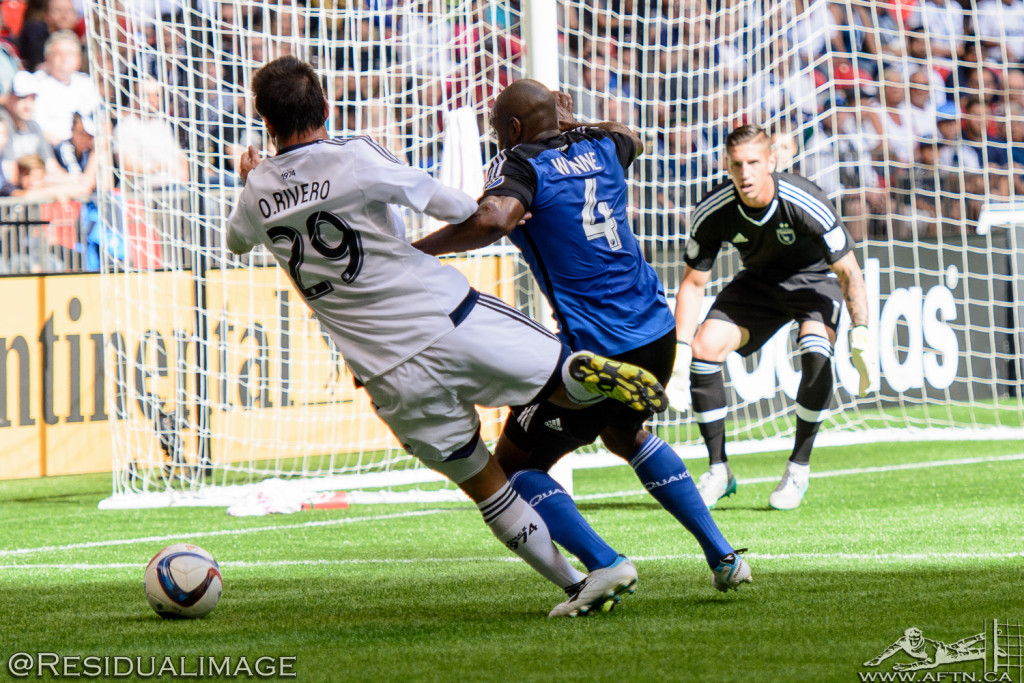 Down goes Rivero, but no penalty as it’s offside 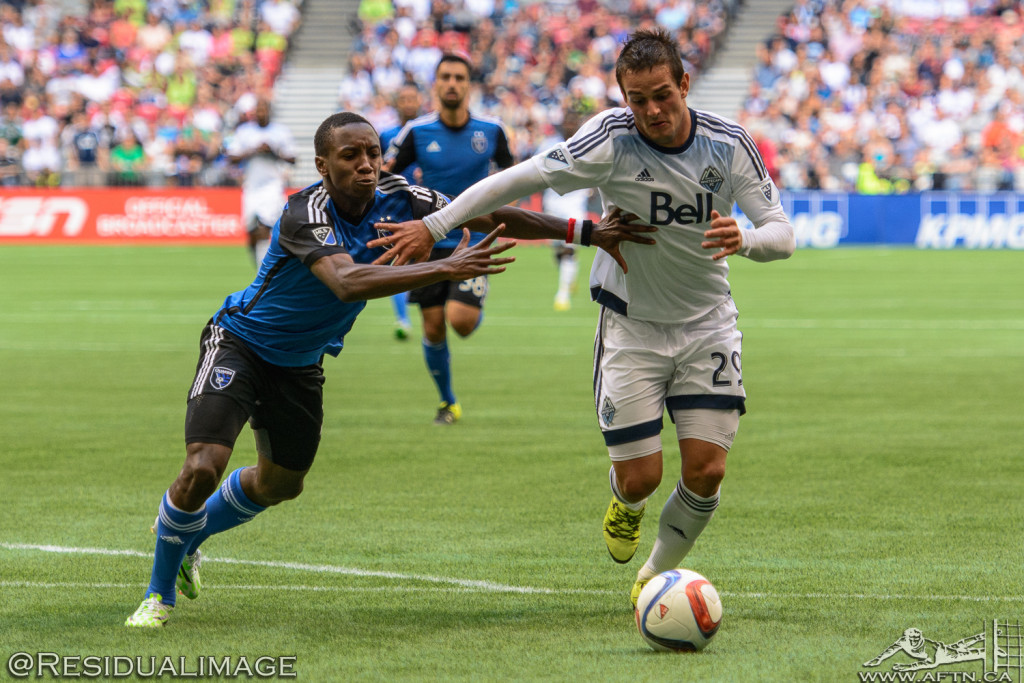 Caps continue the pressure in the second half, as Rivero powers into the box 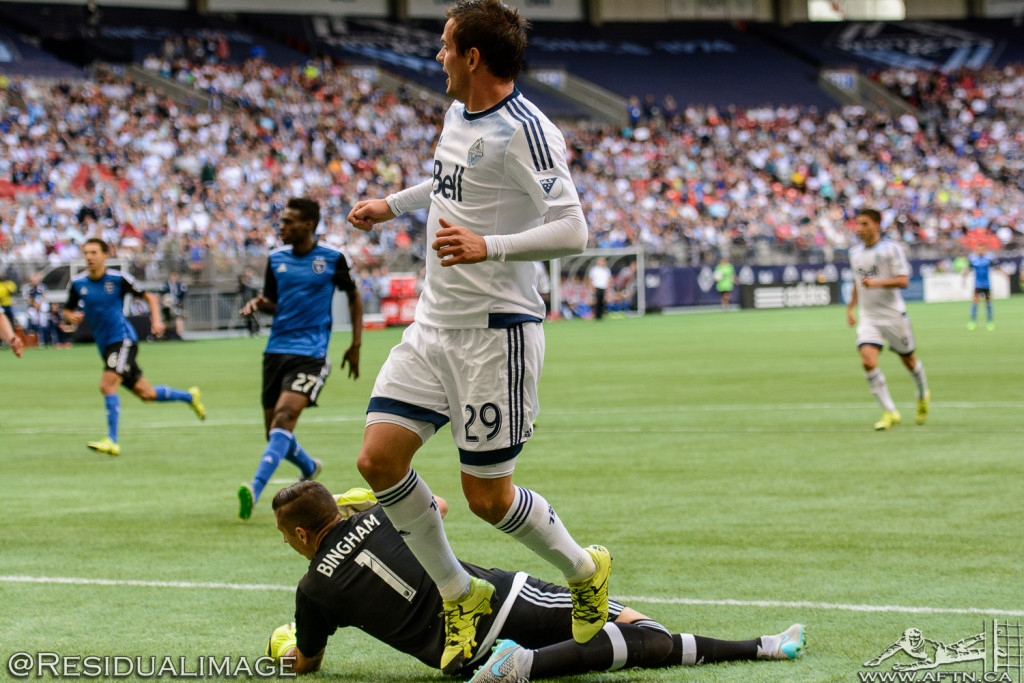 But he can only look on as his shot flashes wide 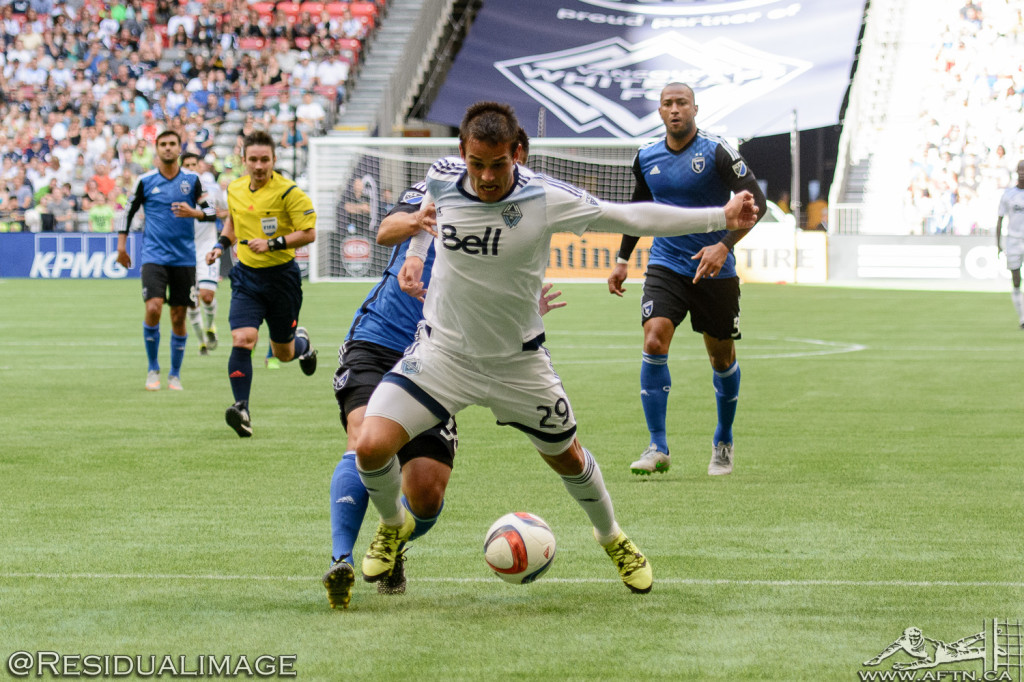 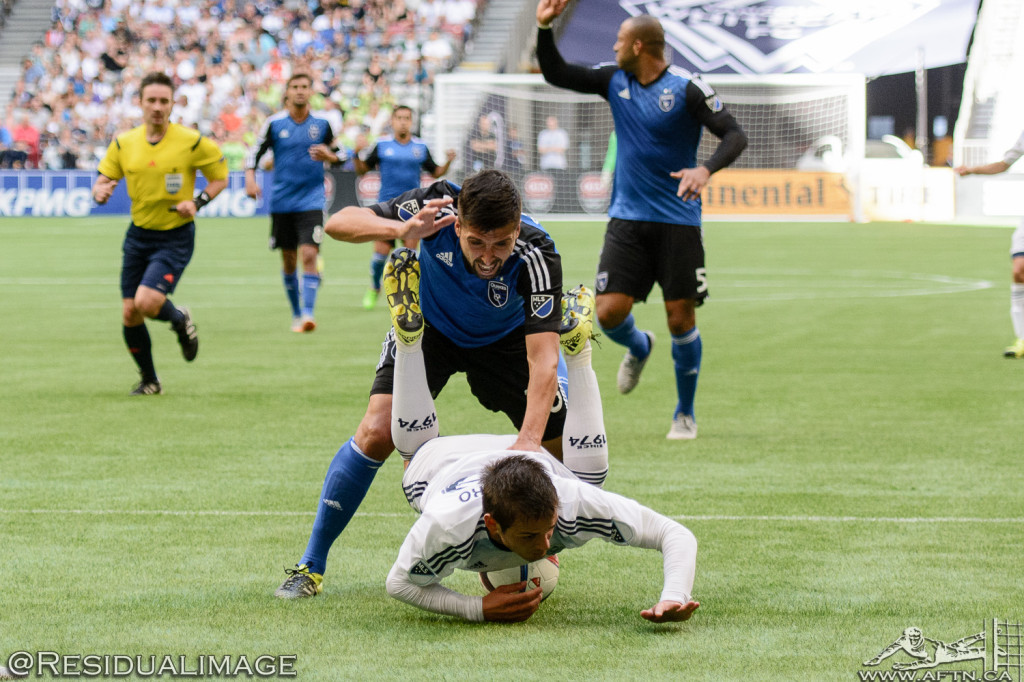 Only to be flattened – Penalty! 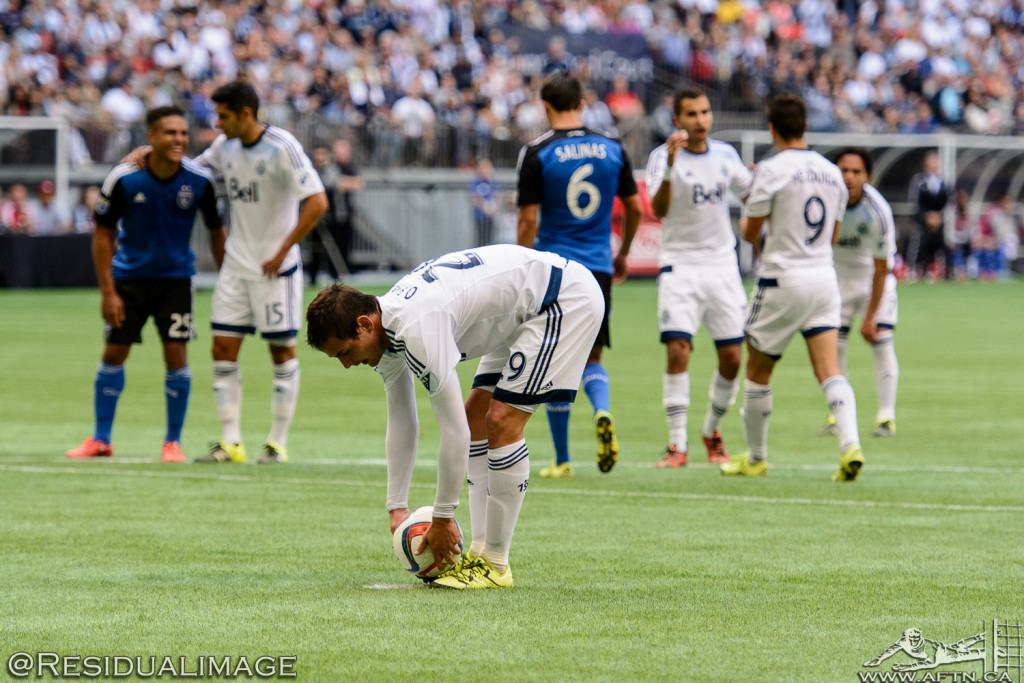 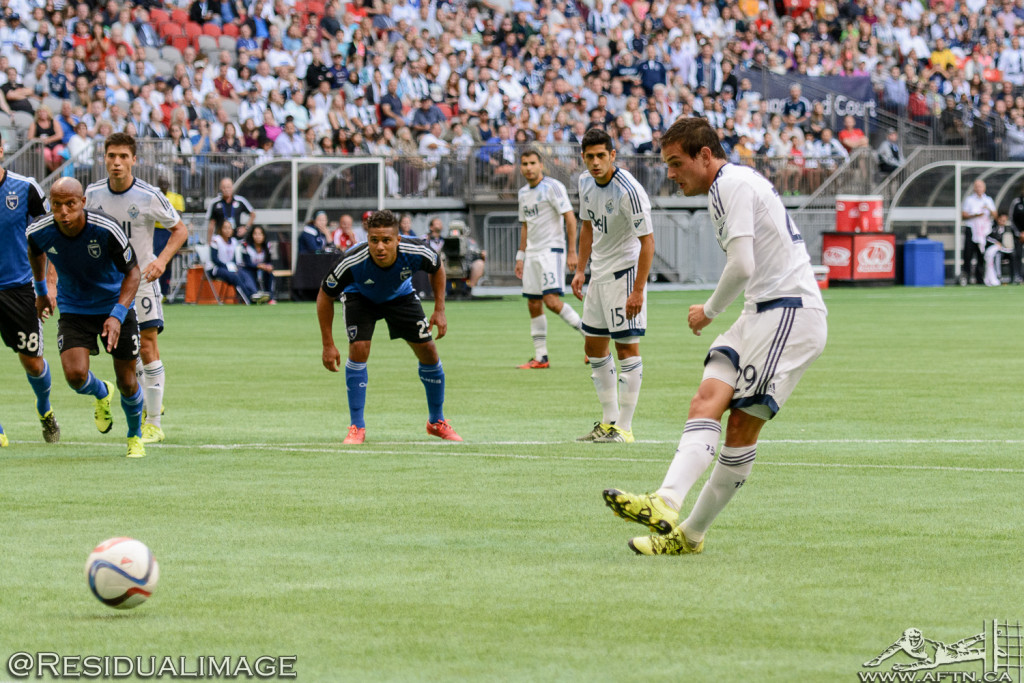 The pressure is on Rivero to snap a three game run without a goal, but he slots it home 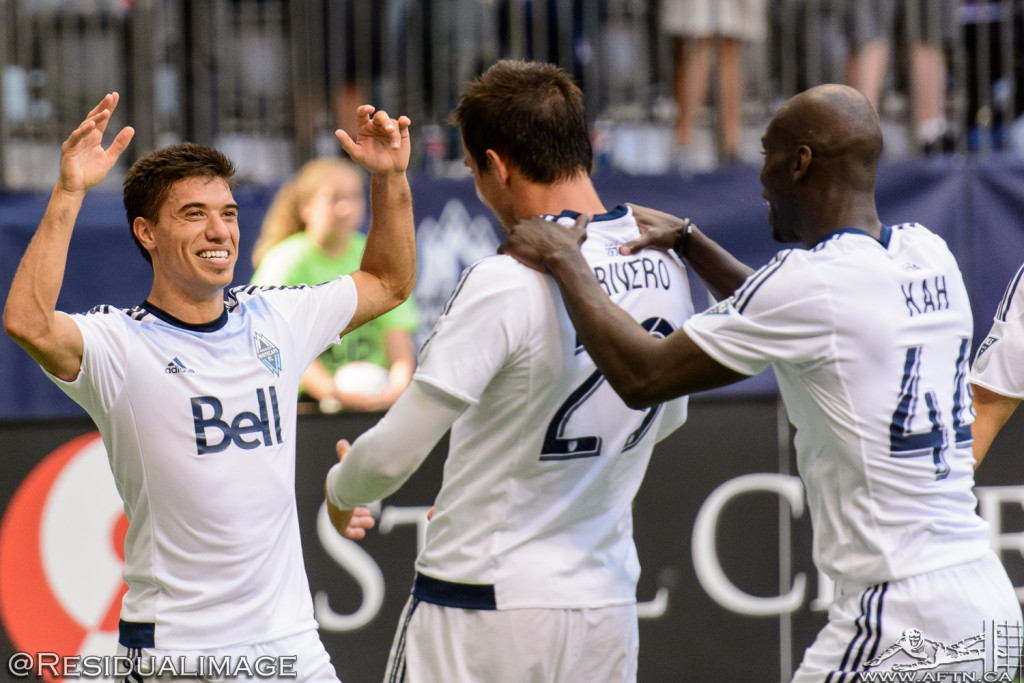 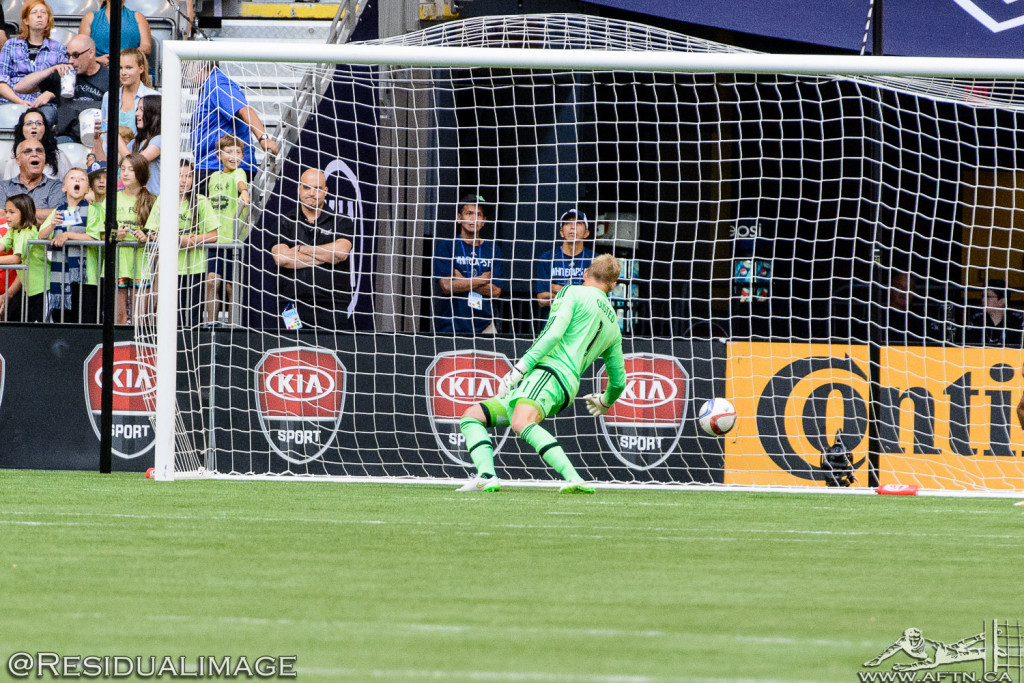 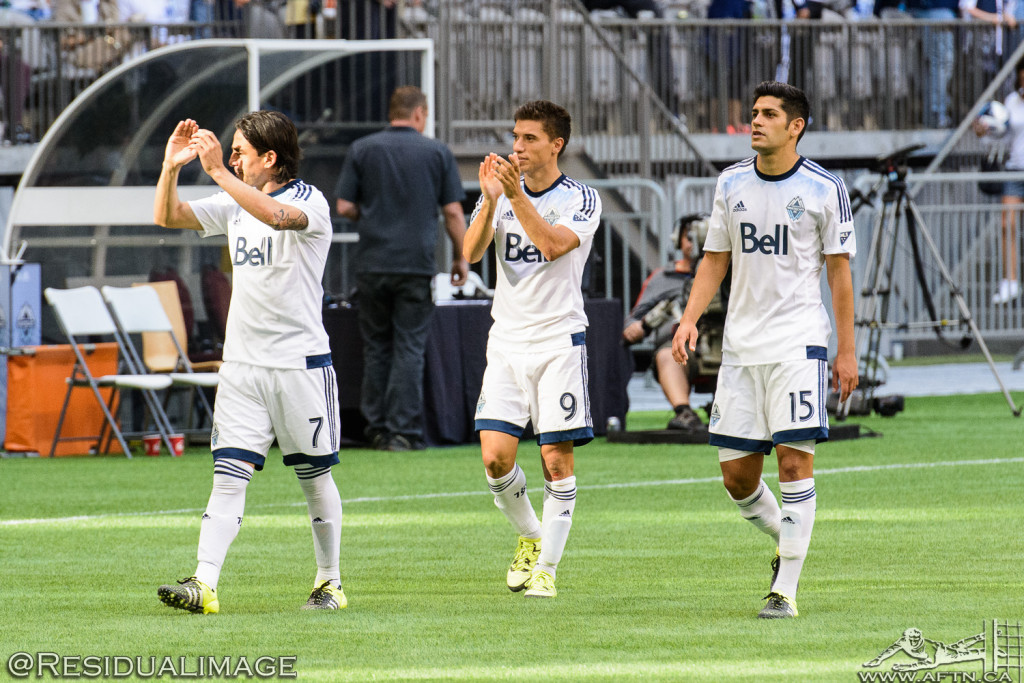 But nothing can spoil the ‘Caps joy, as their Latino influence is at the fore once more 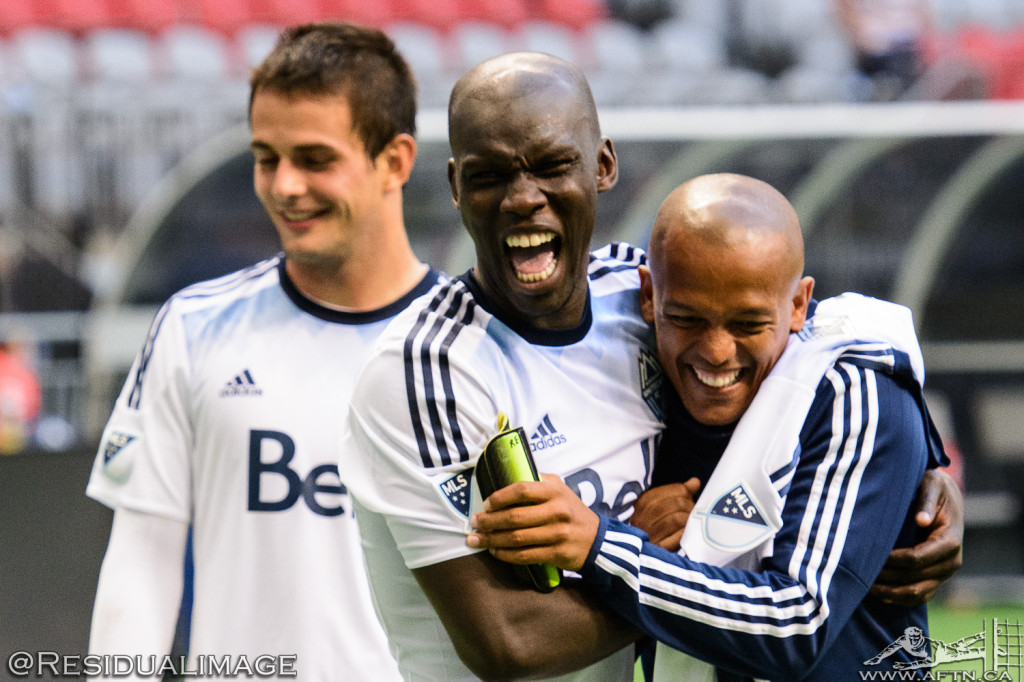 Happy days and smiles all round 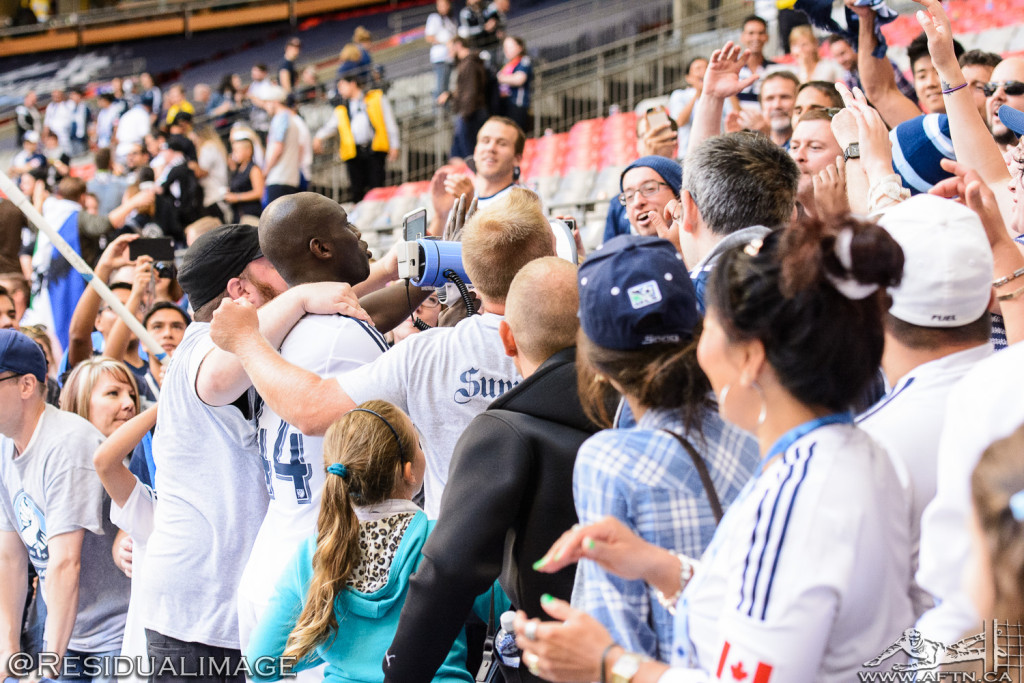 Pa Modou Kah does the postgame Humba with Curva Collective