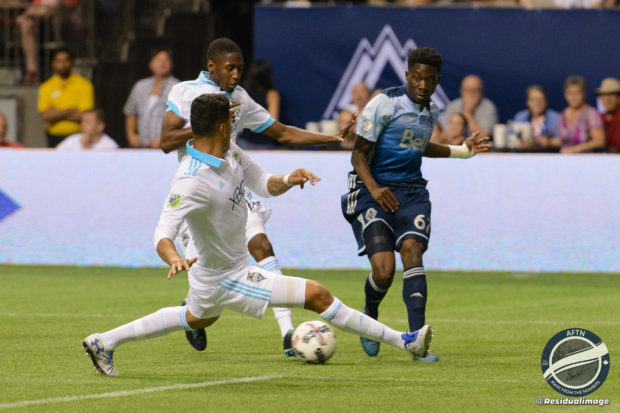 Dropping two points at home to your local rivals normally would be seen to have been a bad result. In some regards, it is for Vancouver Whitecaps.

But the reality of the situation is that considering they put him a pretty horrible overall performance (especially in the first half), were heavily outshot and outpossessed, gave away a needless first half penalty, went down to ten men with half an hour to go, and yet still somehow salvaged a point, it’s hard not to say that it was a draw that felt like a win.

Devoid of any flair or spark in a poor first half, they trailed to a Nicolas Lodeiro penalty. When Tony Tchani saw red for a second bookable offence on the hour mark, it looked like a case of Goodnight Vienna. But sparked by a fighting mentality that has been missing from a number of the ‘Caps teams these past few seasons, and the added spark of the introduction of Alphonso Davies, the ‘Caps fought back to level from Fredy Montero.

They could have even gone on and won it too if Davies had kept his head with a clear shot in front of goal, but Seattle also had chance after chance to kill the game off, finding their finishing woeful and David Ousted in excellent form.

There’s no getting away from the somewhat worrying overall poor performance. Another home Cascadian derby where the team failed to get up for the occasion and the team’s inconsistency was there for all to see. Not good enough in general, but all things considered, there’s only one team that will feel they were the winners after the match, even though neither were.

To come away from that outing and performance with a point is a good end result. But these matches should never be played midweek. Shame on MLS. 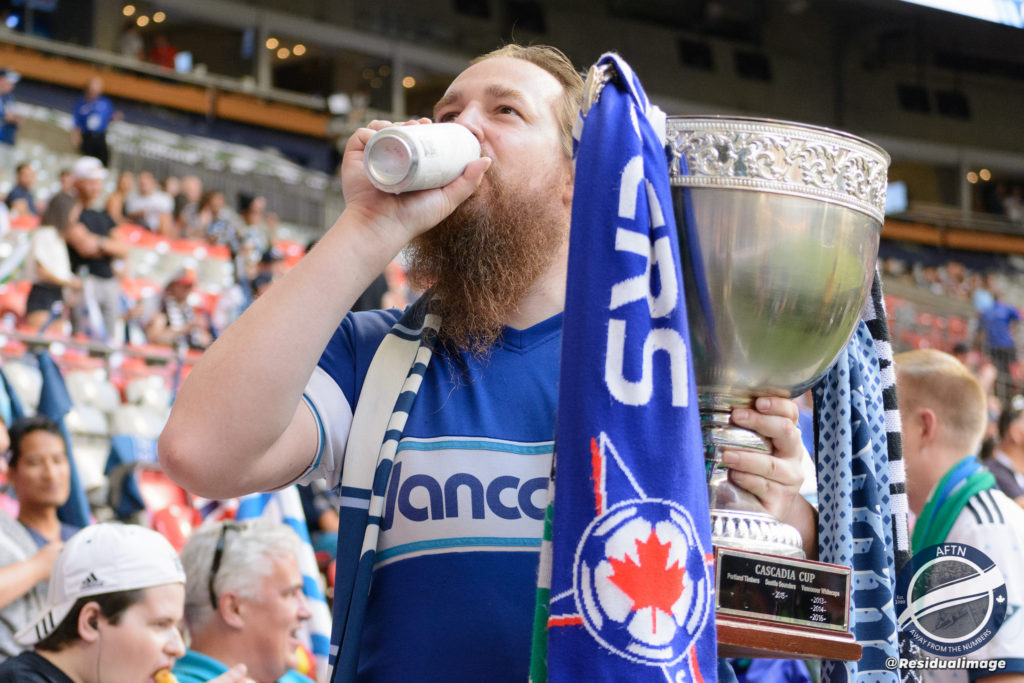 What it’s all about (the Cup, not the beer!) 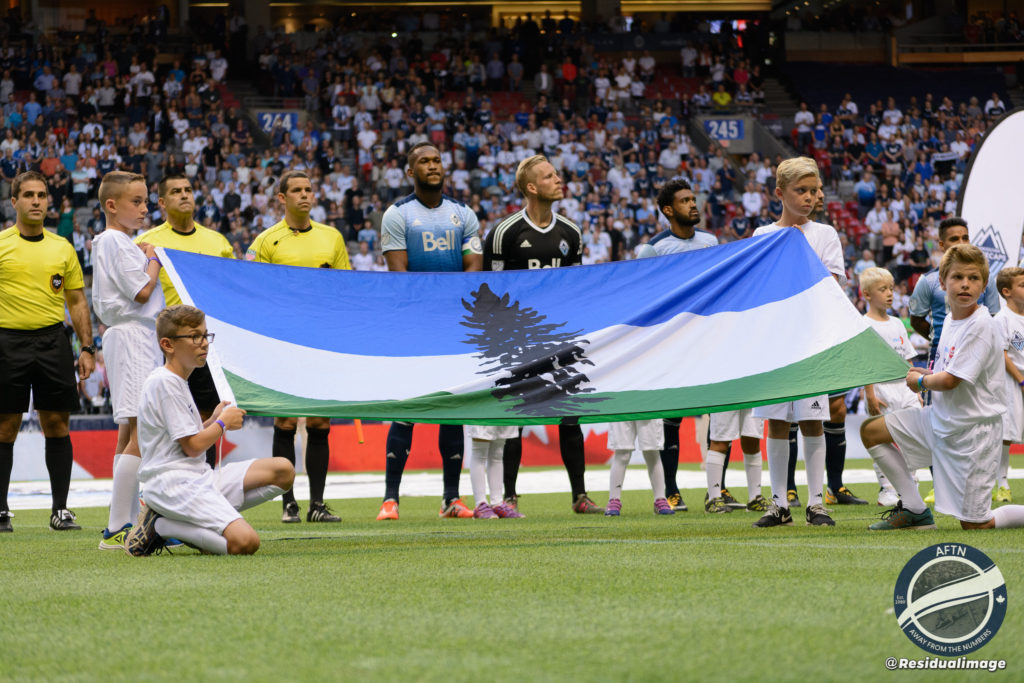 I wear it for my lady, the Cascadian flag baby 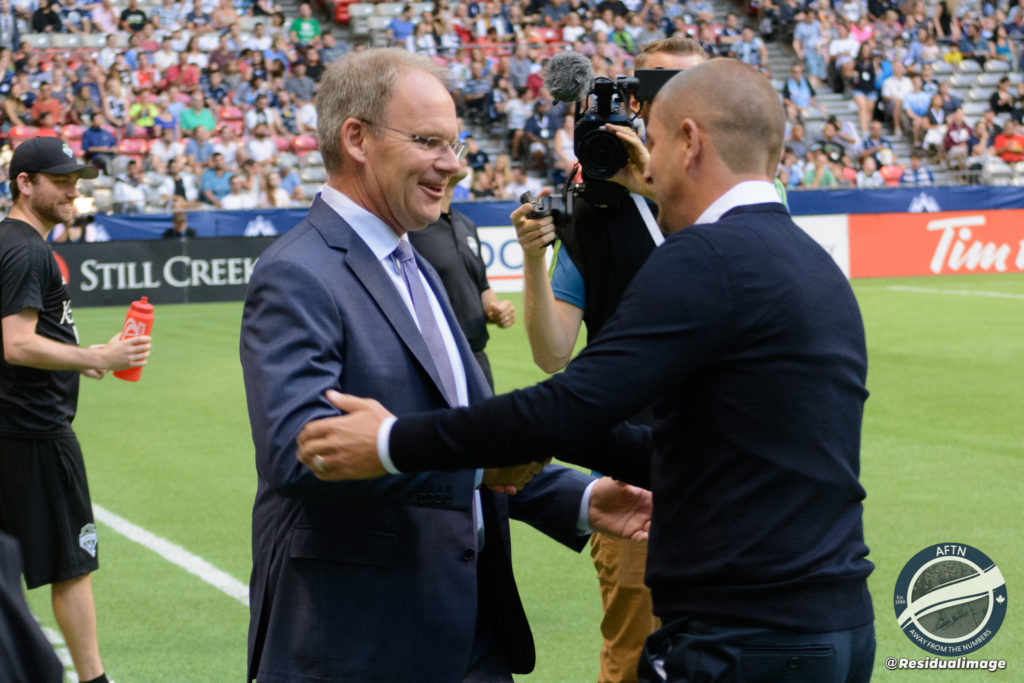 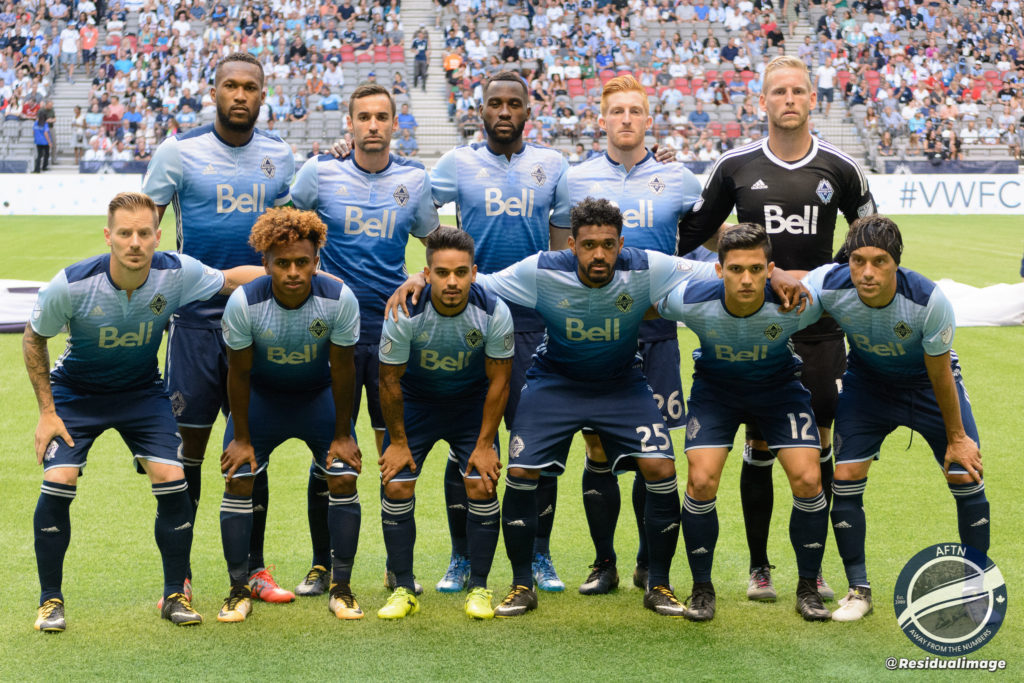 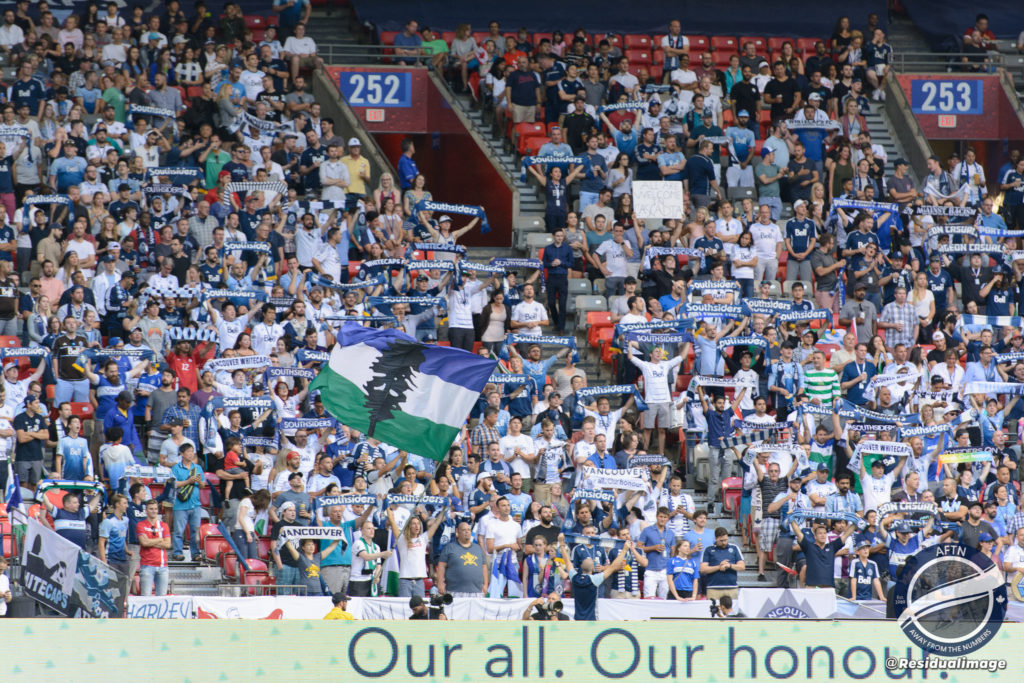 Scarves up Southsiders – what a superb sight! 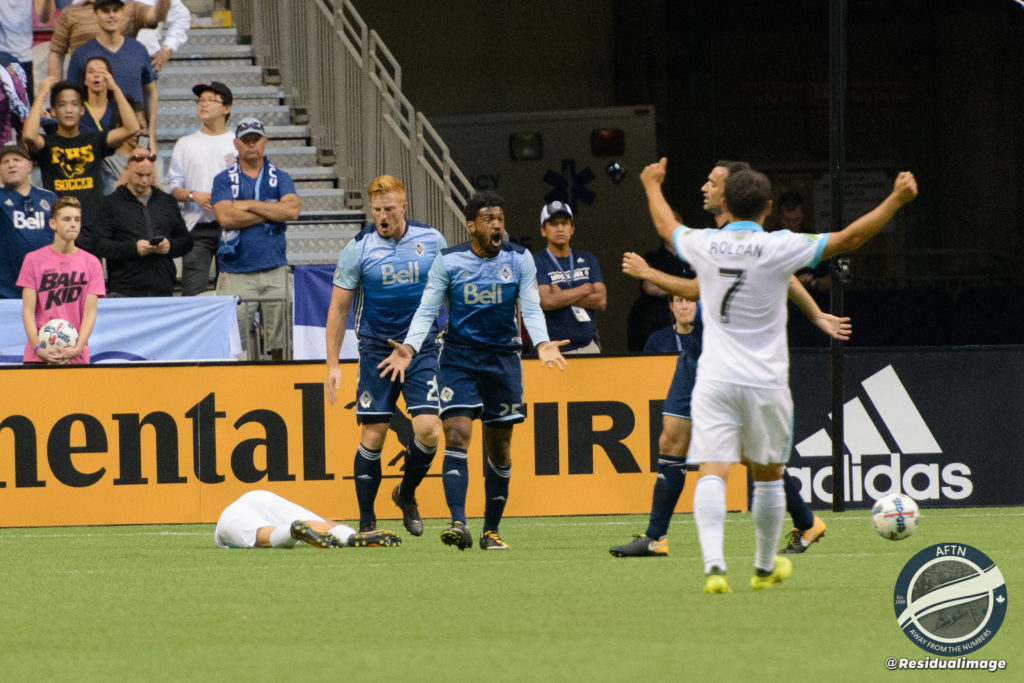 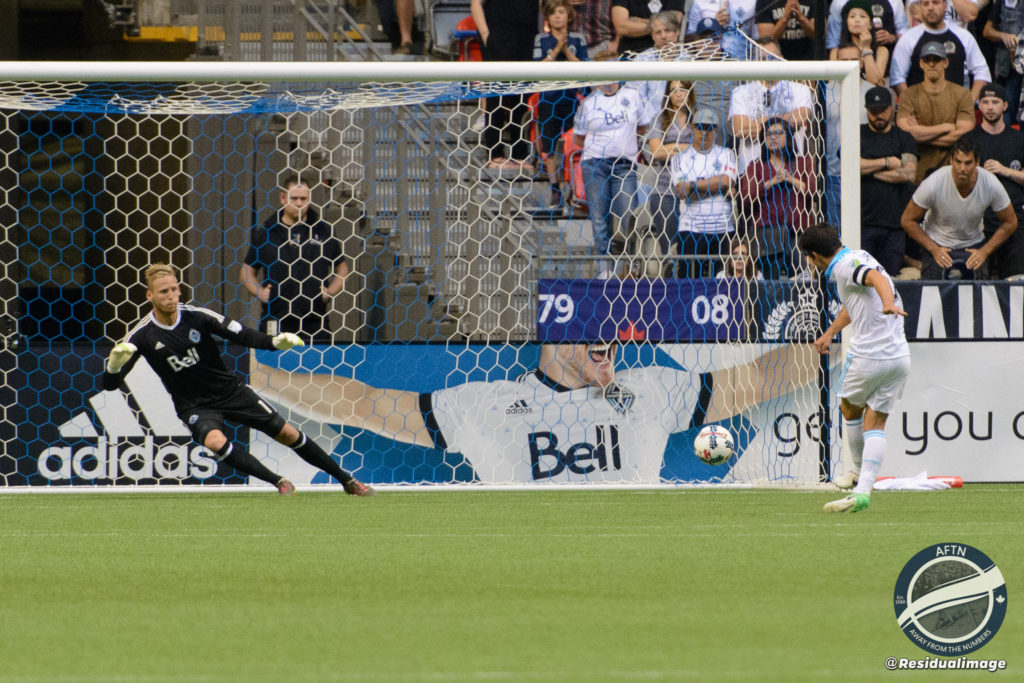 Which Nicolas Lodeiro easily tucks away from the spot 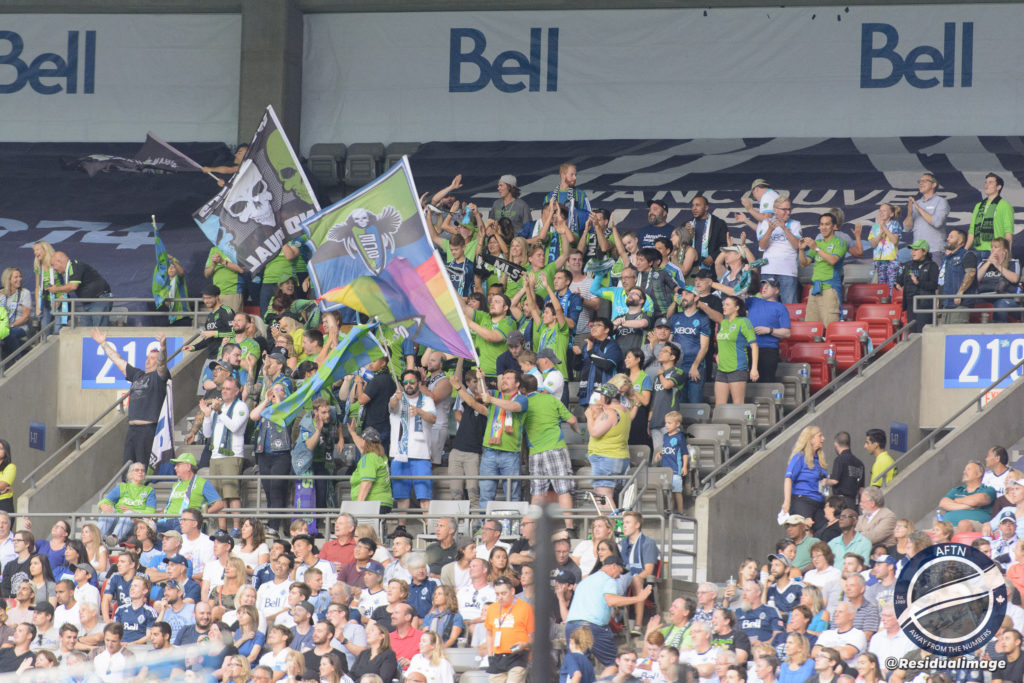 The smaller than usual travelling Sounders are jubilant 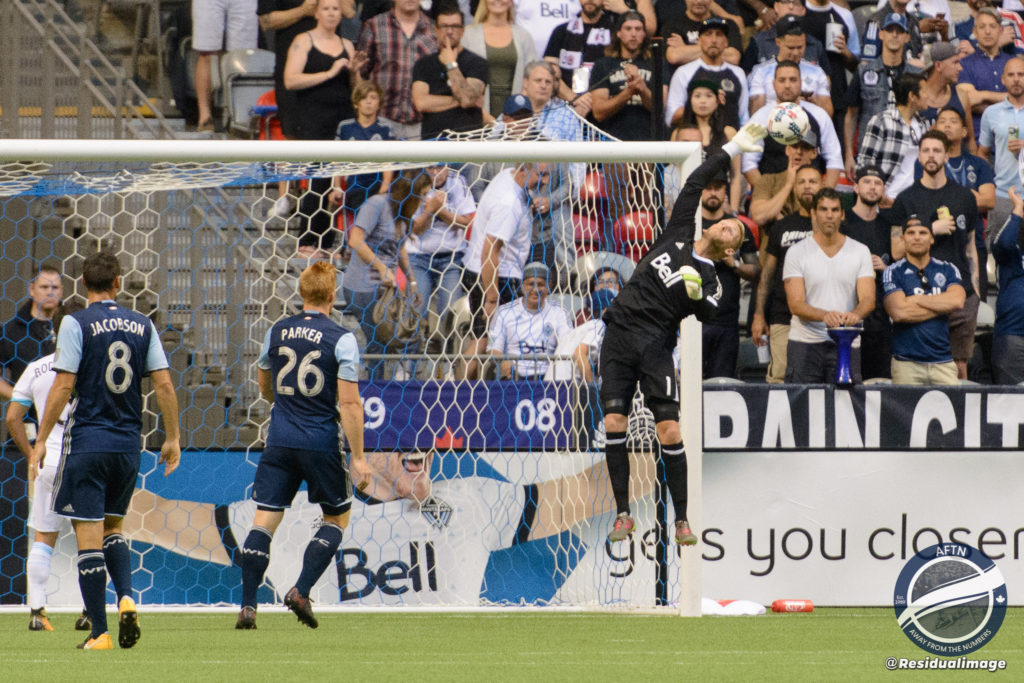 Seattle smell blood and come close with a dipping effort 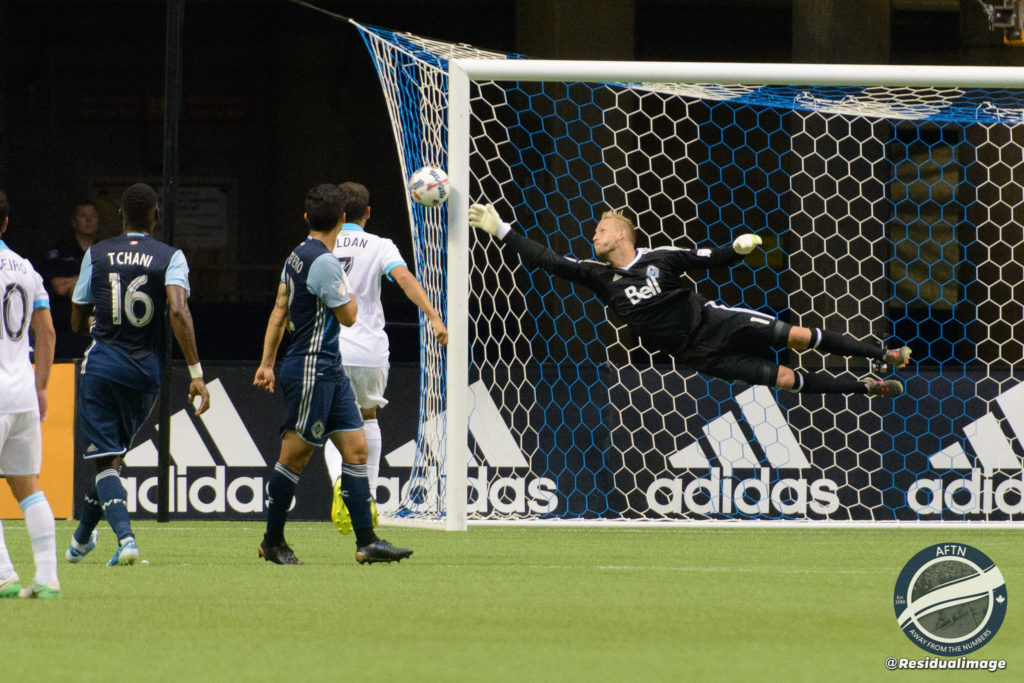 Then even closer soon after 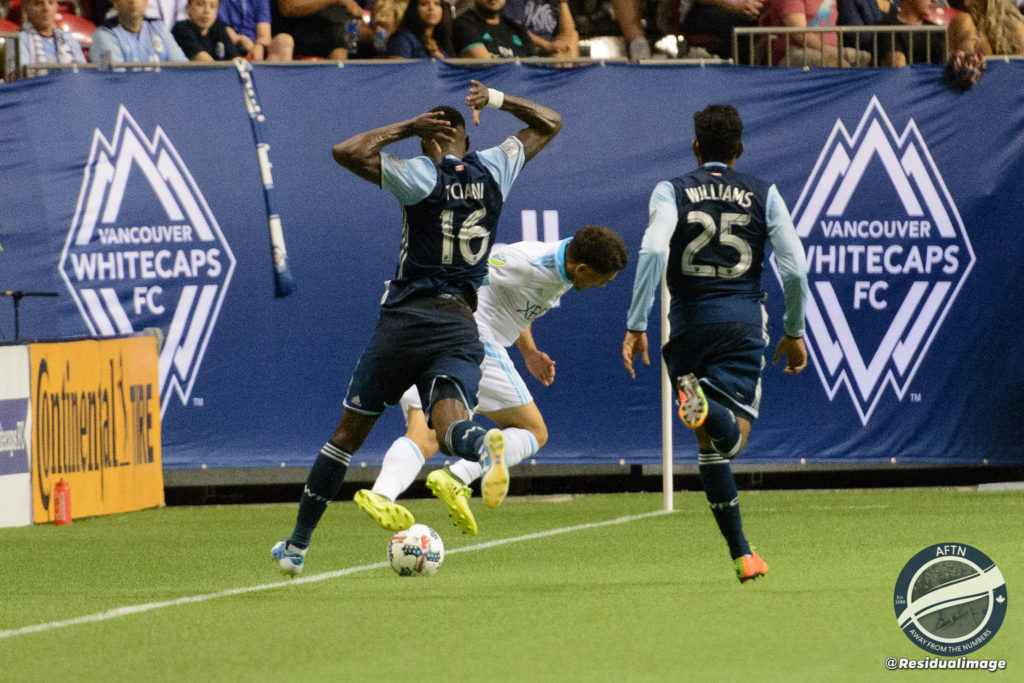 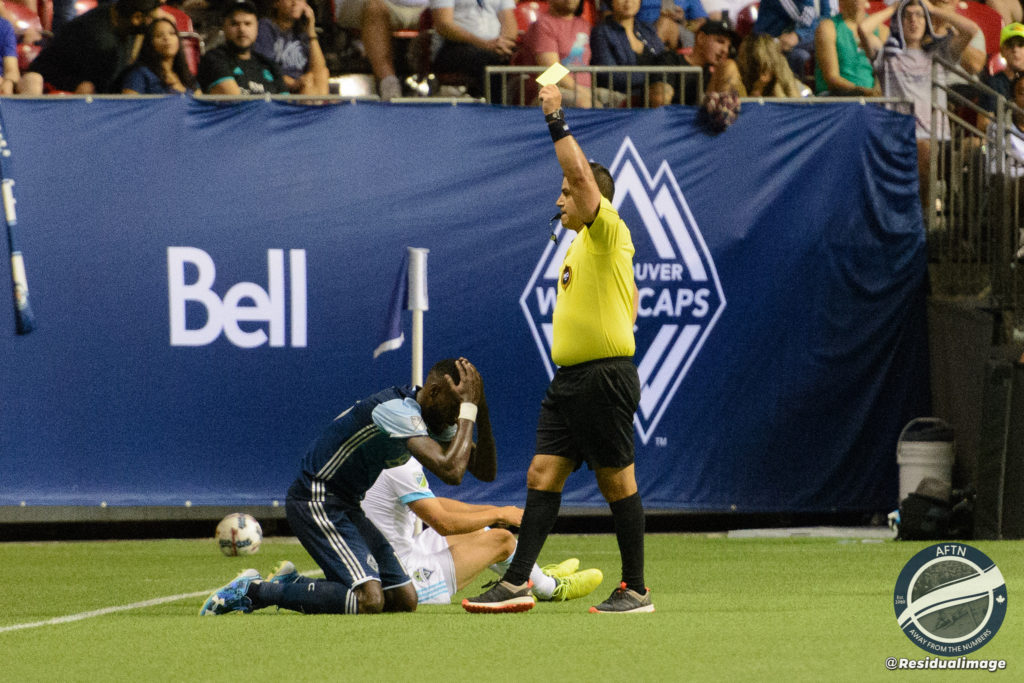 It’s a second booking for the Cameroon man 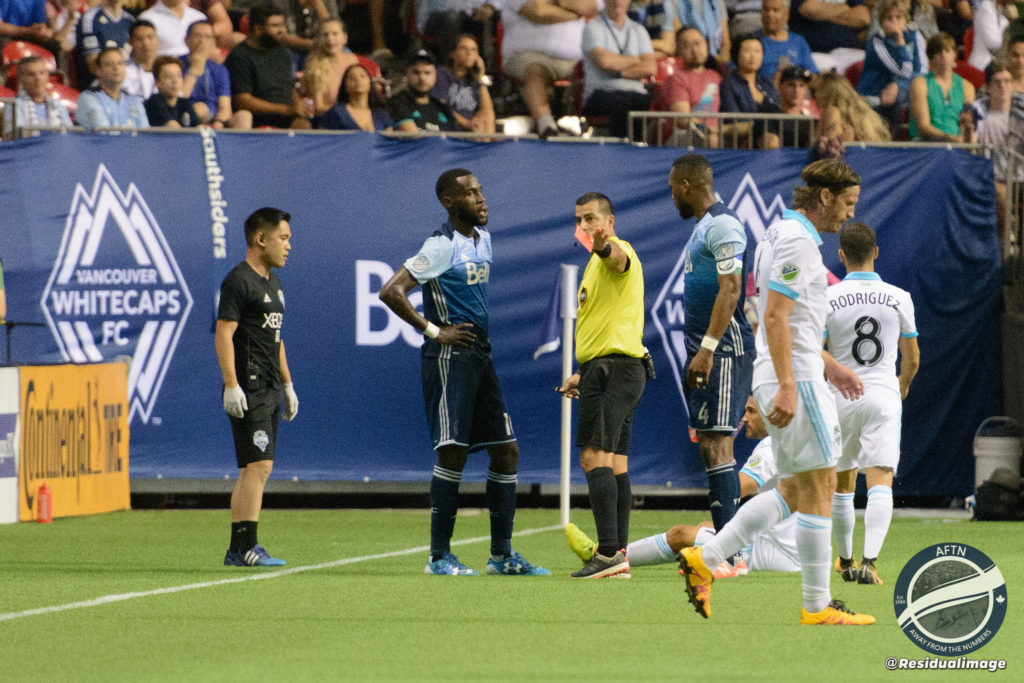 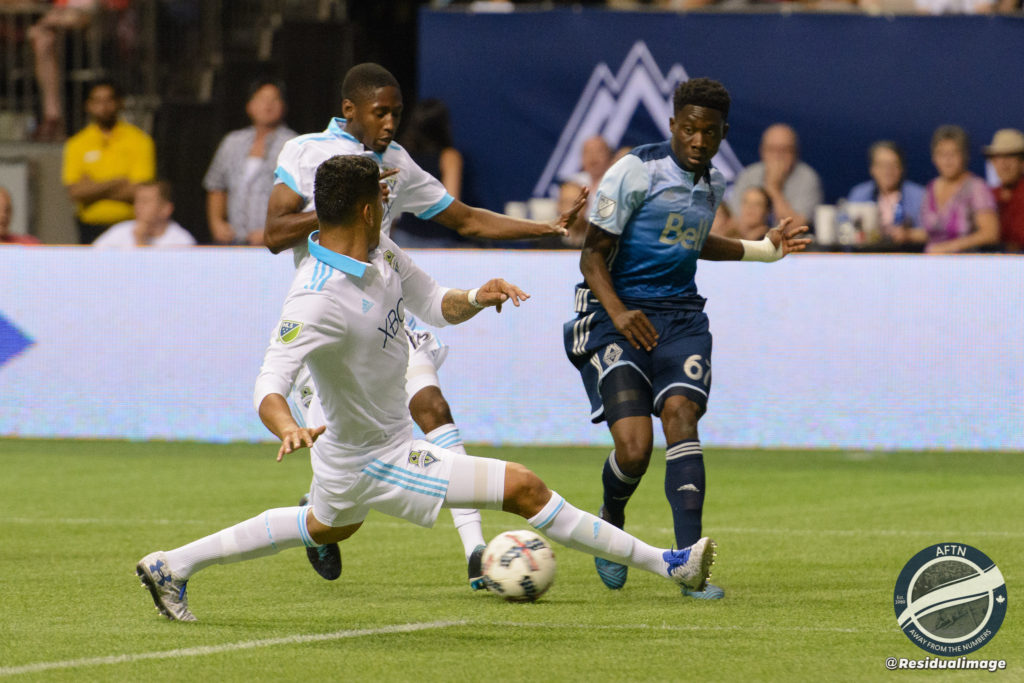 But the ‘Caps fought back and some great hustle from Alphonso Davies in the 64th minute saw him dispossess Chad Marshall, head into the box, and cut the ball back to a waiting and open Fredy Montero 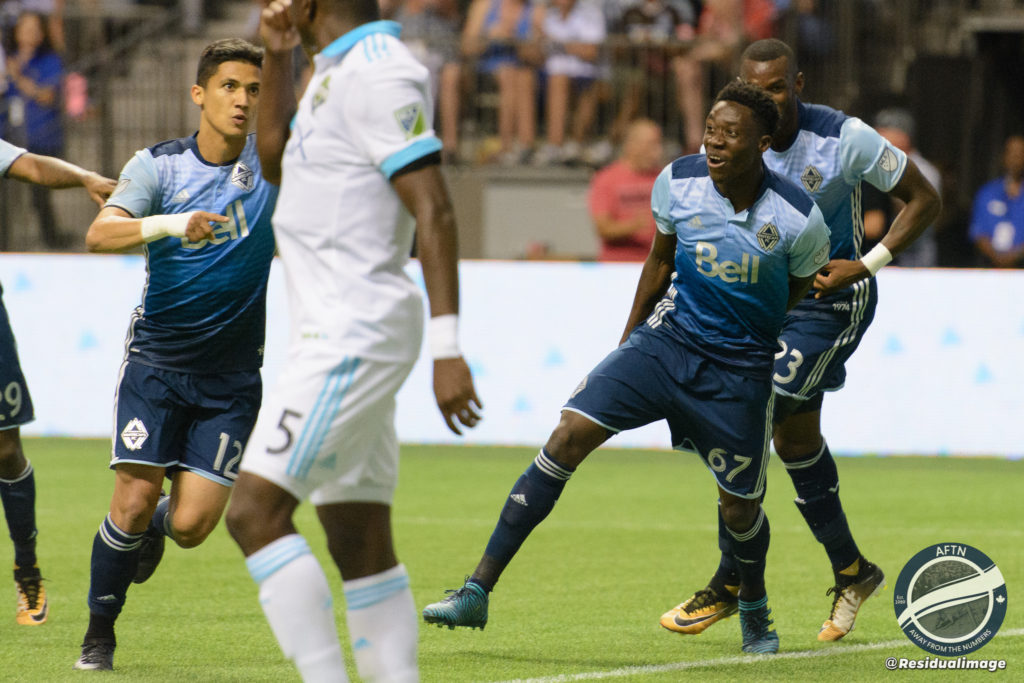 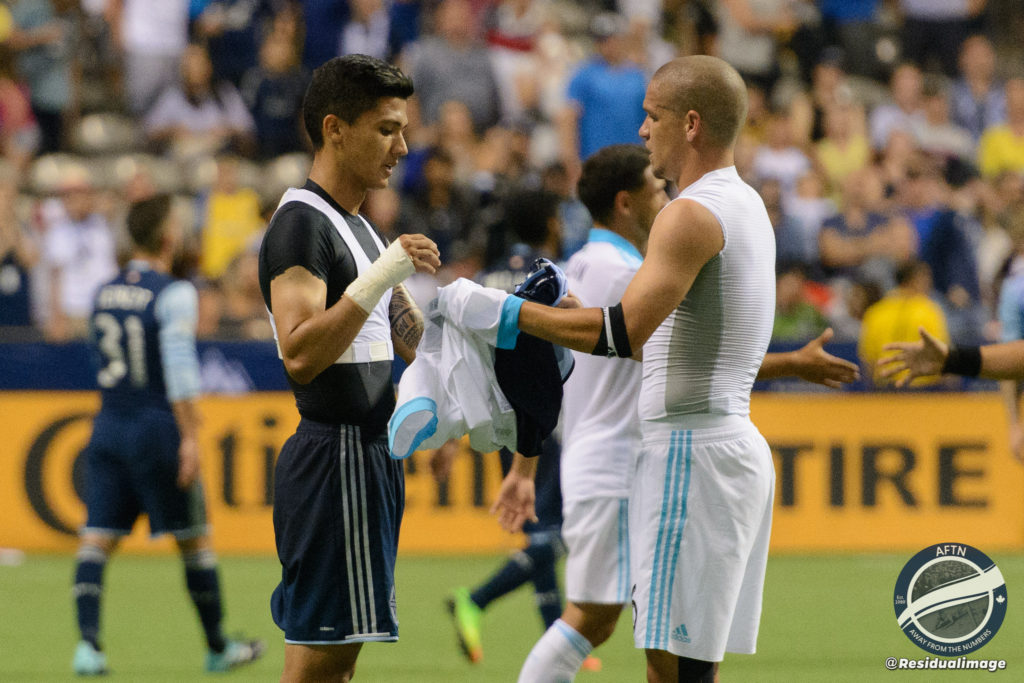 With no other goals, old friends reunited, Fredy Montero and Ozzie Alonso, swap shirts after the match