Three goals, a clean sheet, a dominant performance, and a win. I’m sure we were all forgetting what all that felt like.

It may have been a game between two under strength sides, but Vancouver Whitecaps’ performance in their 3-0 win over Sporting KC in CONCACAF Champions League action on Tuesday night, at least gave the fans a little bit of hope that this season may not be a complete lost cause, and provided some respite from the recent woeful league form.

Hopefully it will also give the players some added impetus that they can actually play some decent football and score goals. Will it also give some of the first team regulars the kick up the ass they need to either do that themselves, or be prepared to make way for those that will?

Goals from Cristian Techera and Erik Hurtado had the ‘Caps two goals up and cruising by the 12th minute. Techera’s second of the night made it 3-0 midway through the second half. It could have been more, but that was how it finished, giving Vancouver three huge Champions League points, and increasing their lead at the top of Group C to five points, with only two games remaining.

AFTN photographer Tom Ewasiuk was there to capture all the joy and action, and here’s his “Story In Pictures”, with a full Flickr slideshow at the end. 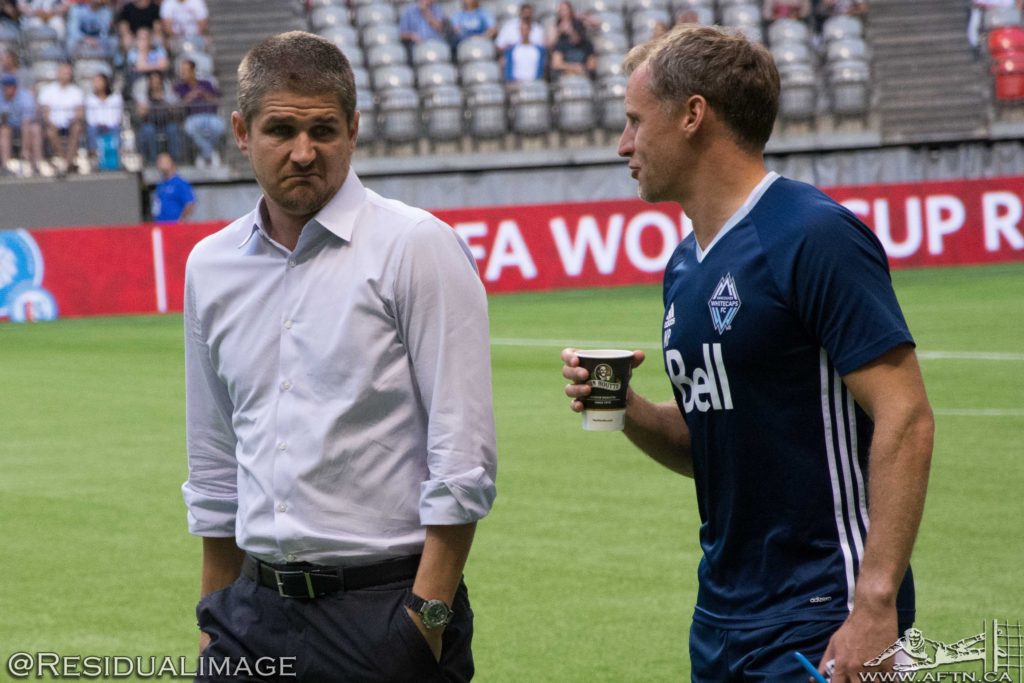 Just going to be another one of those nights? 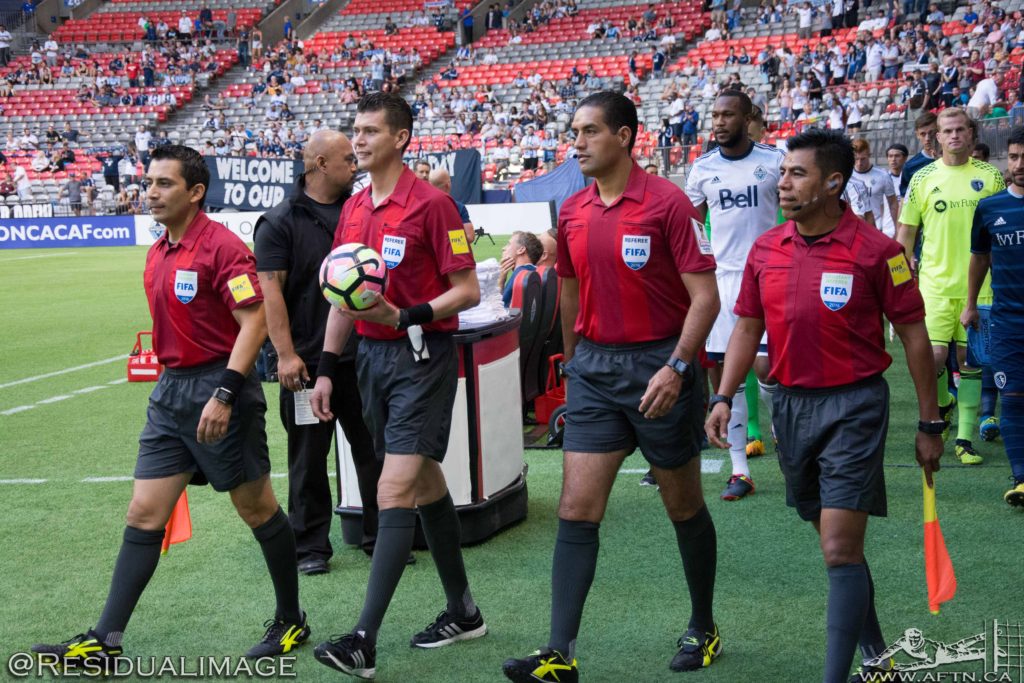 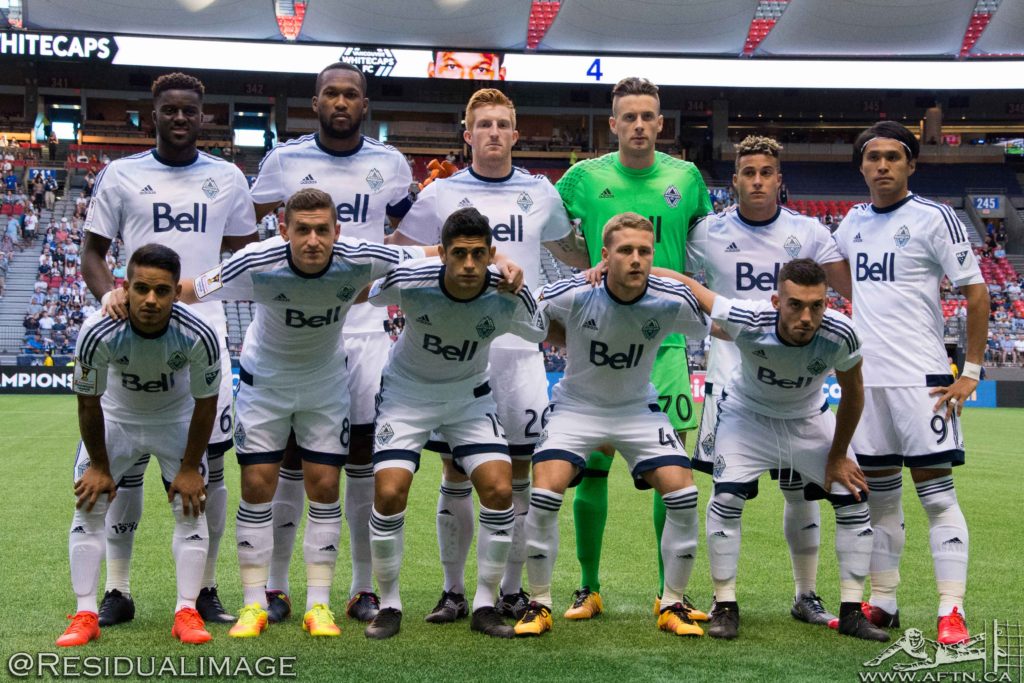 A Whitecaps starting line-up that can score and win! 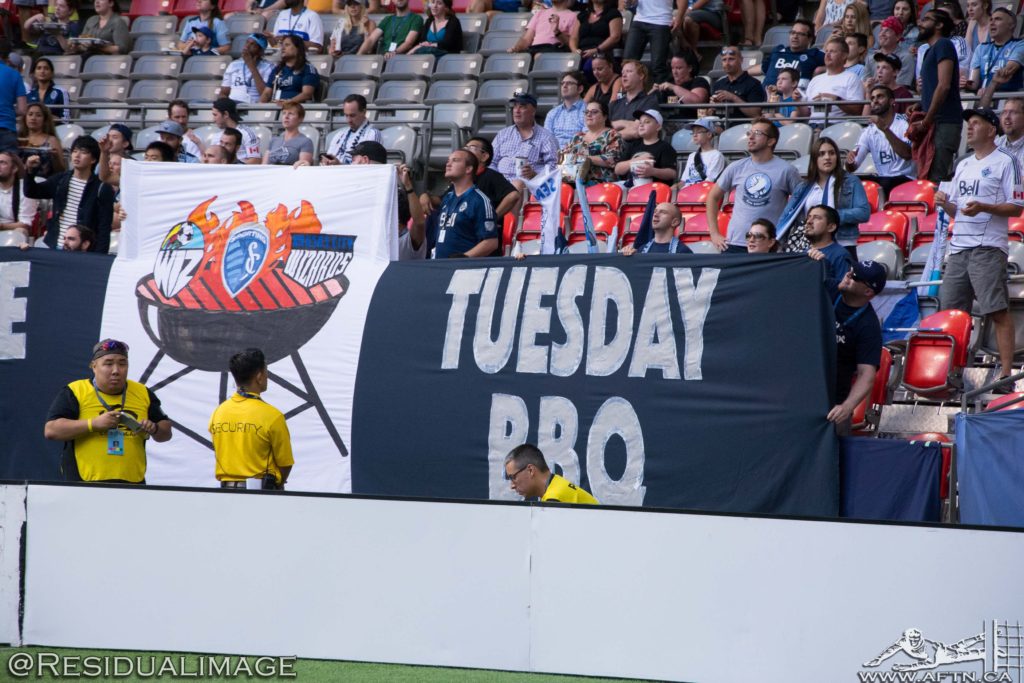 Welcome to our Tuesday barbecue 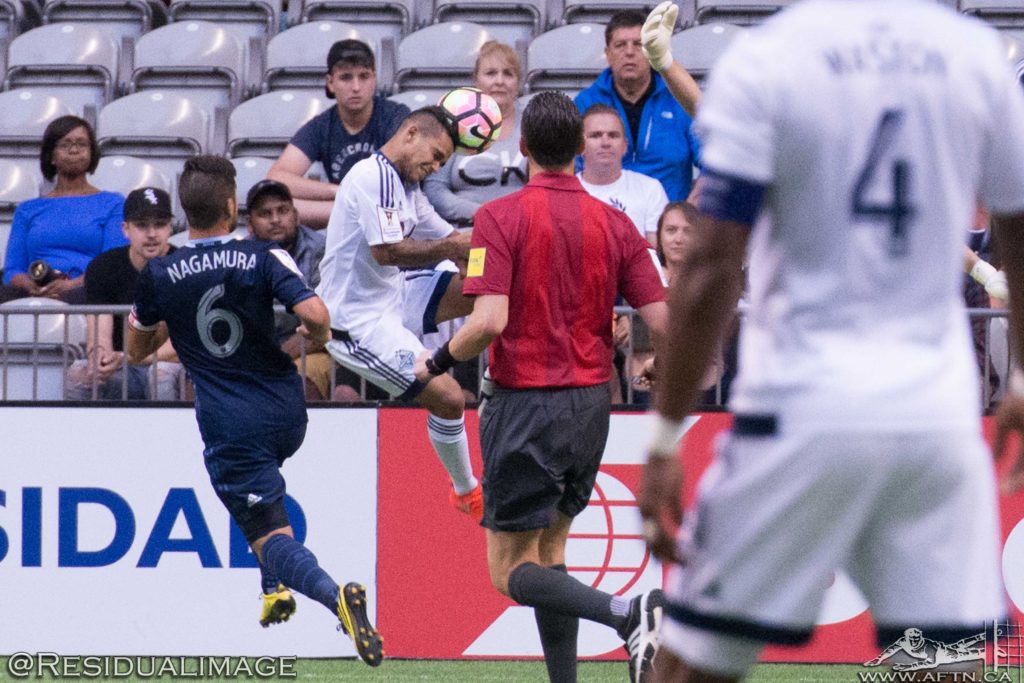 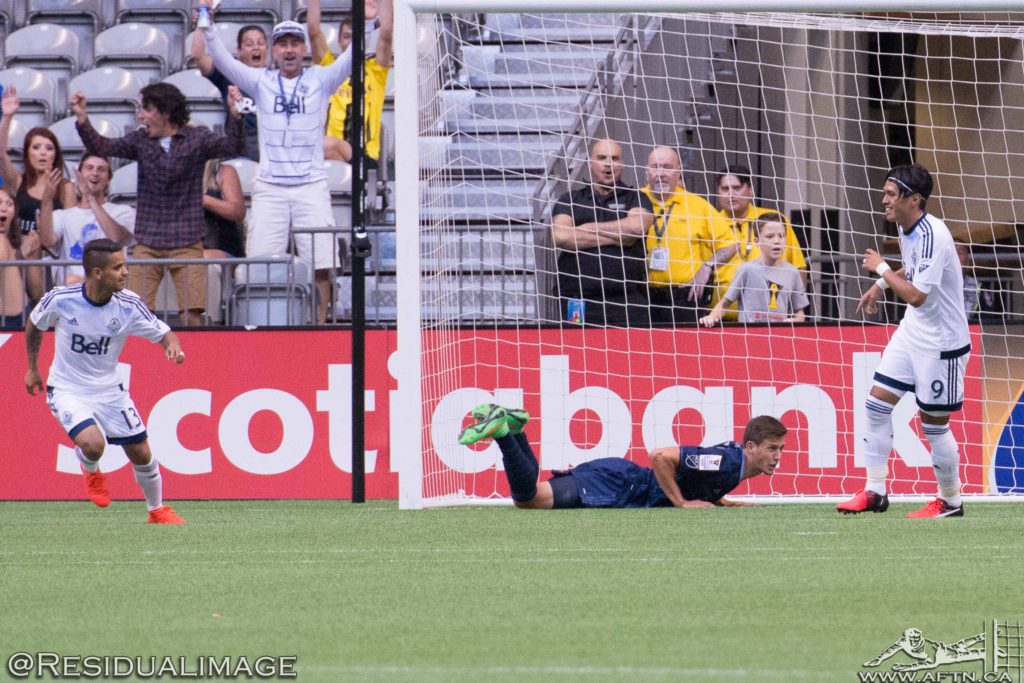 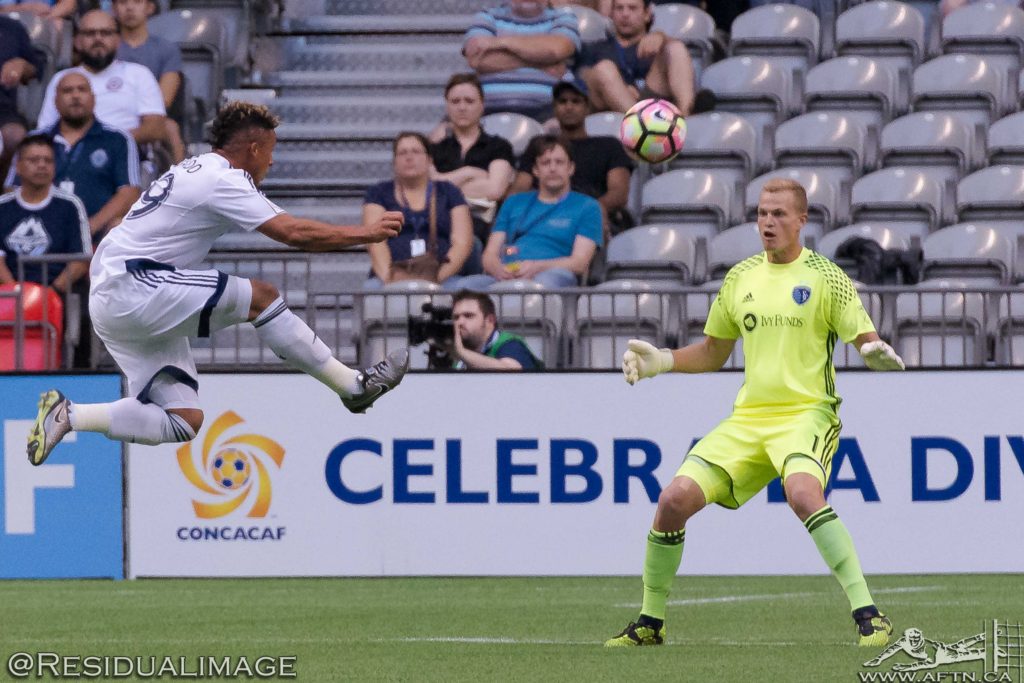 Four minutes later and Hurtado himself makes it two, getting onto a long ball and brilliantly finishing over the KC ‘keeper 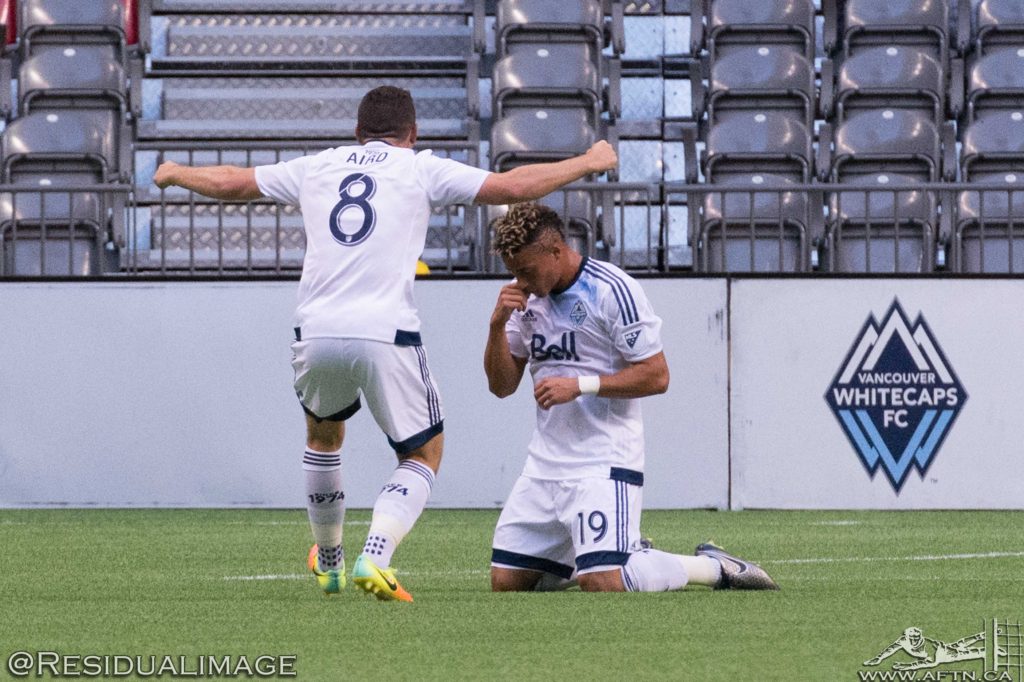 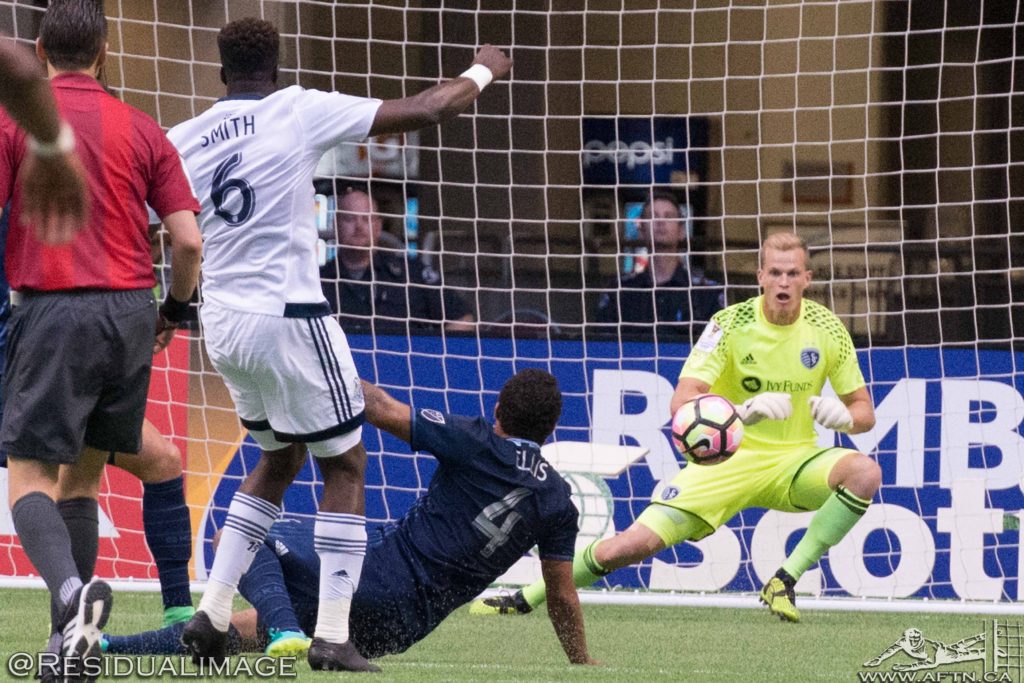 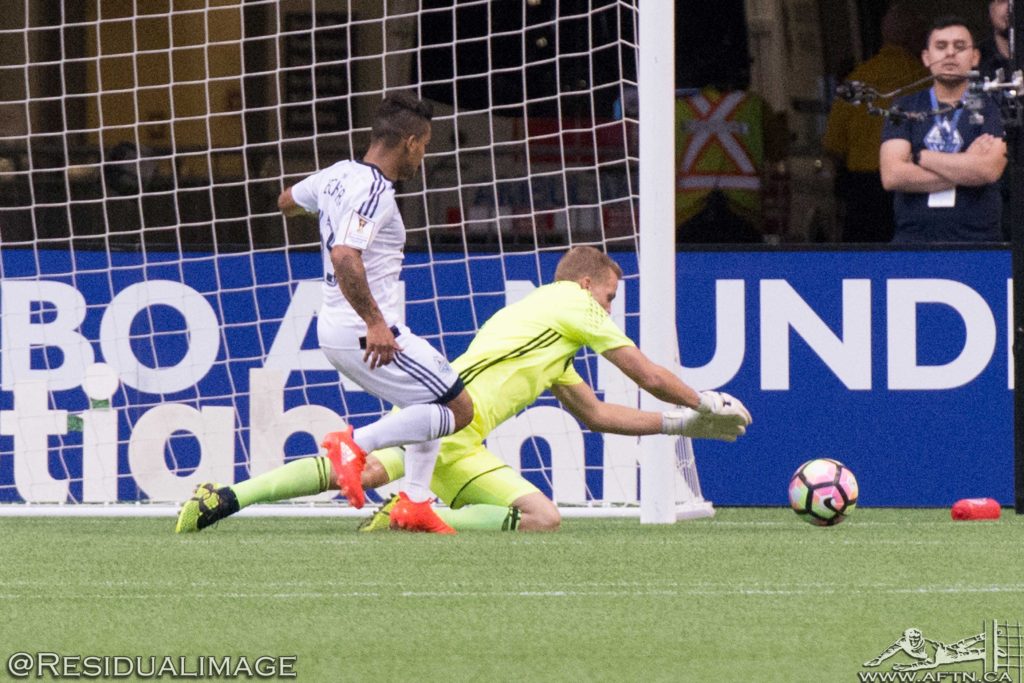 Before Techera nearly makes it three but pokes another effort wide 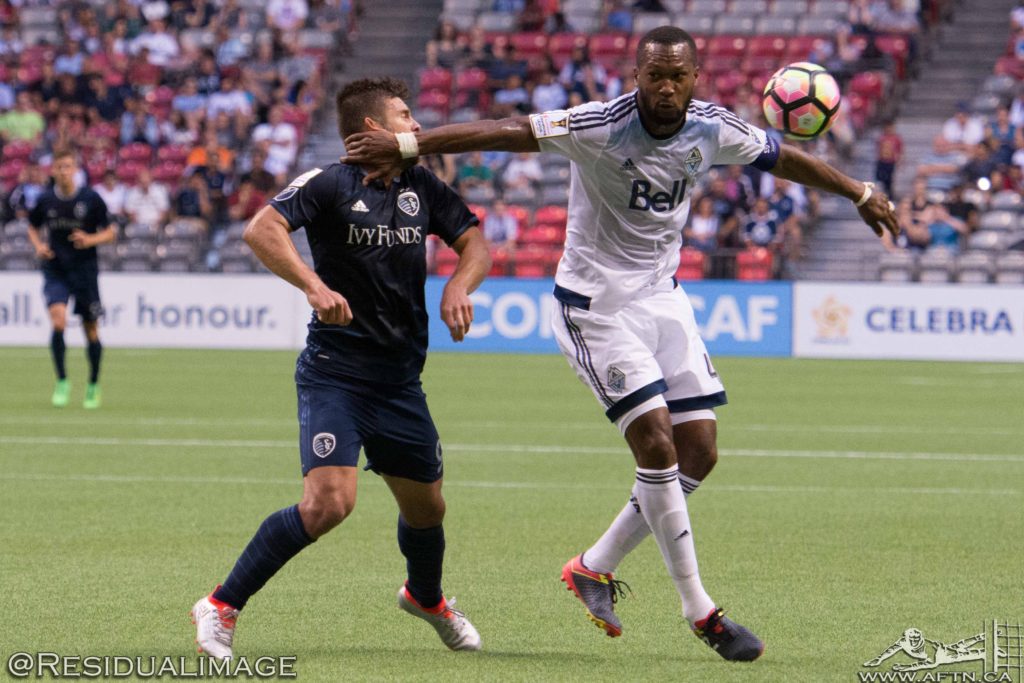 Captain Kendall back to being the impenetrable rock he was last season? 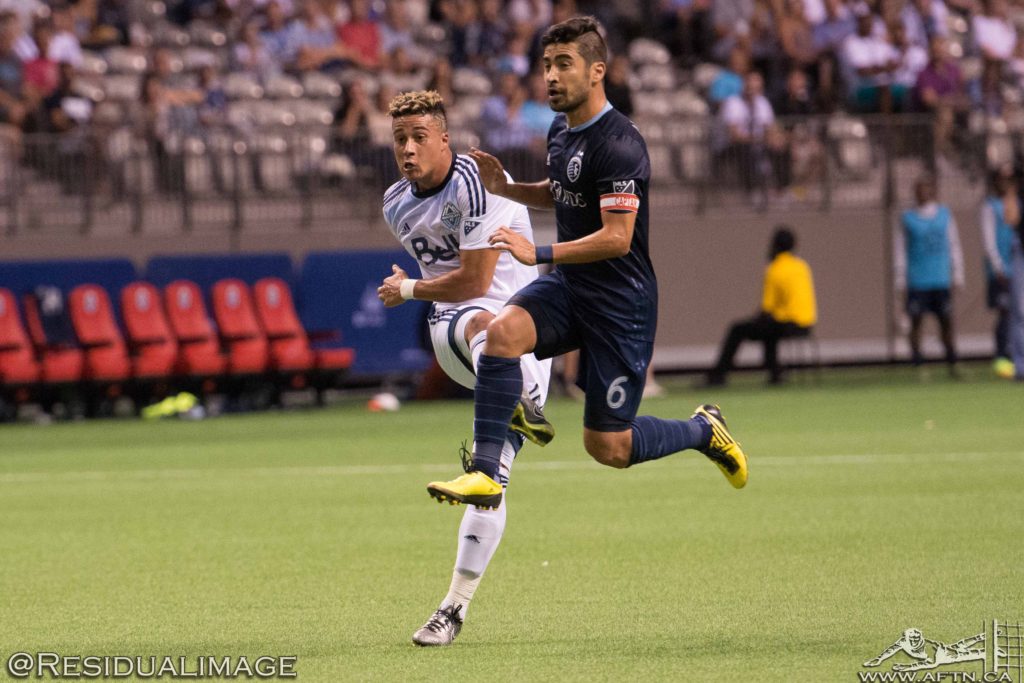 Hurtado nearly grabs his second of the night at the start of the second half, but his fierce strike crashes off the left post 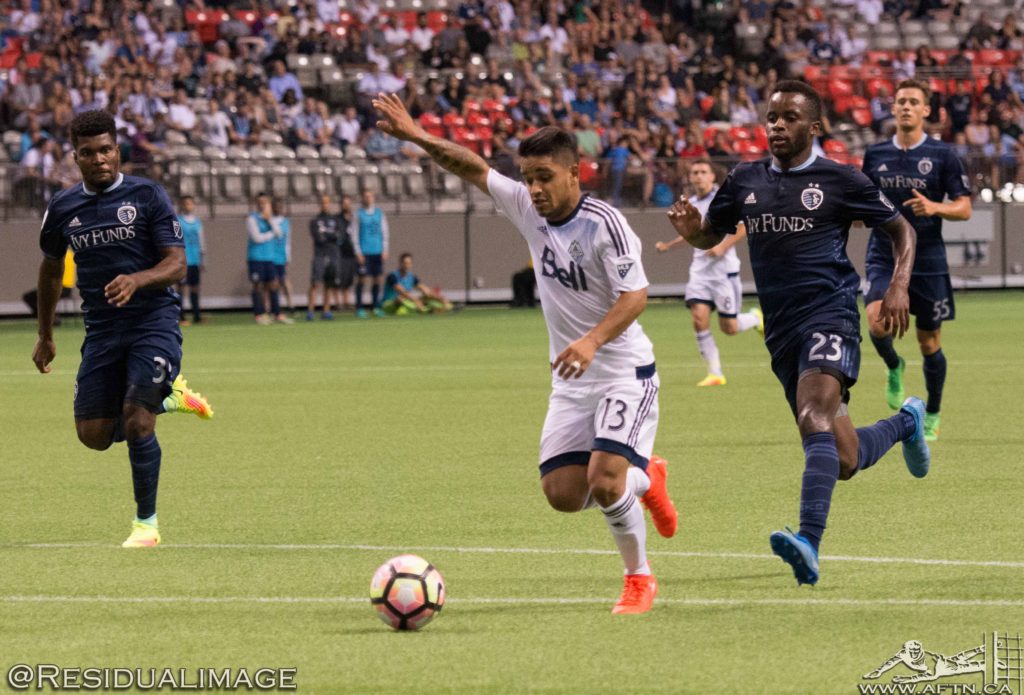 But Techera does make it three when he gets on the end of a through ball, runs in on goal, and coolly slots home 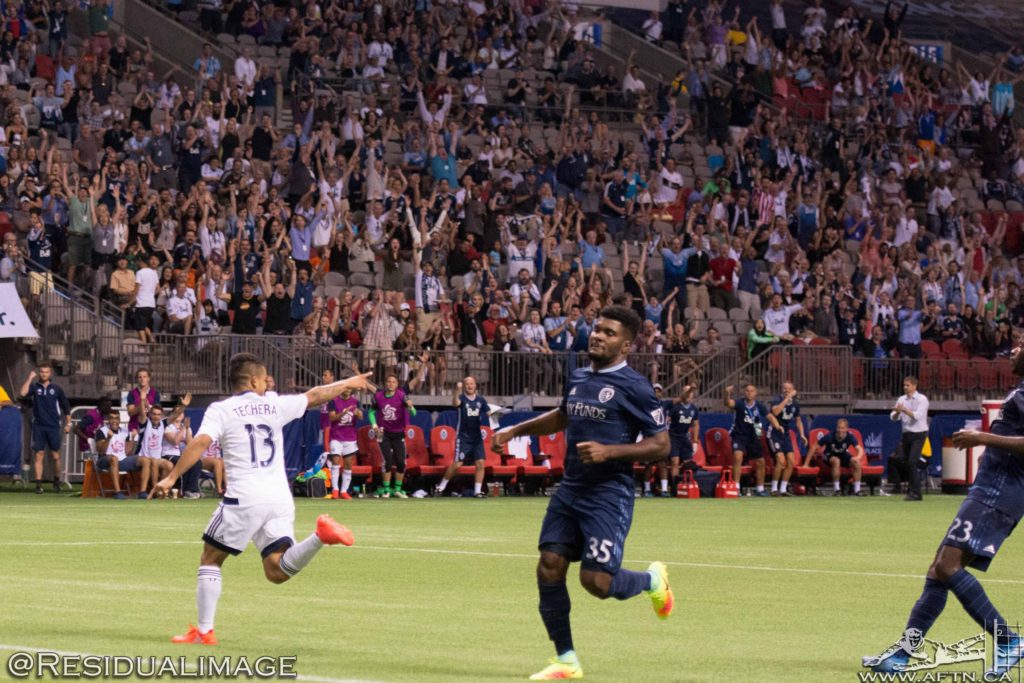 Sheer joy all round 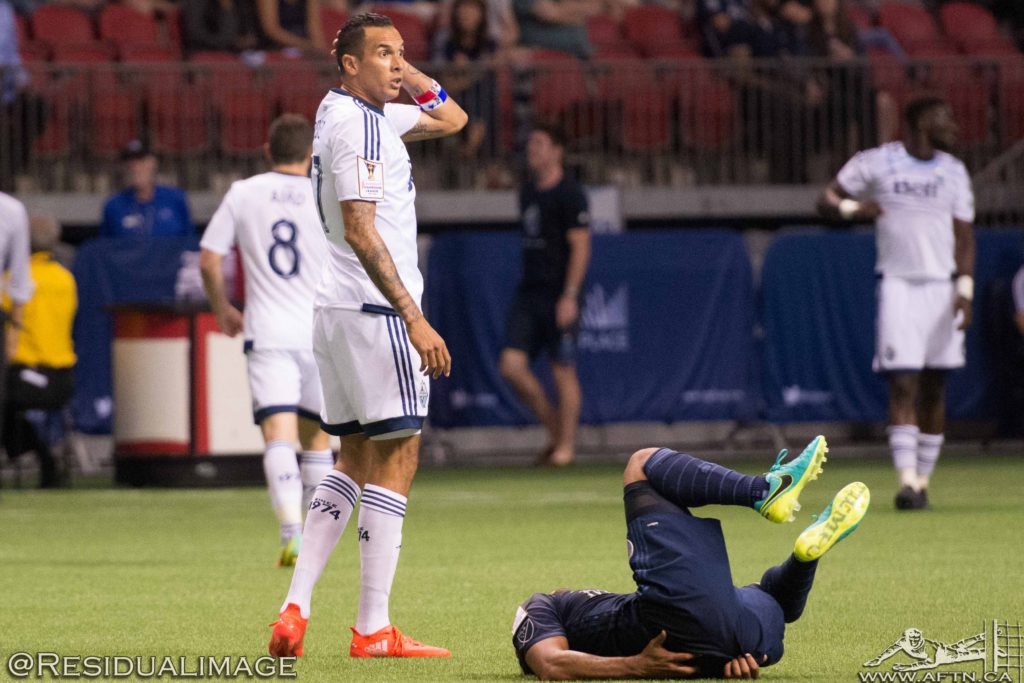 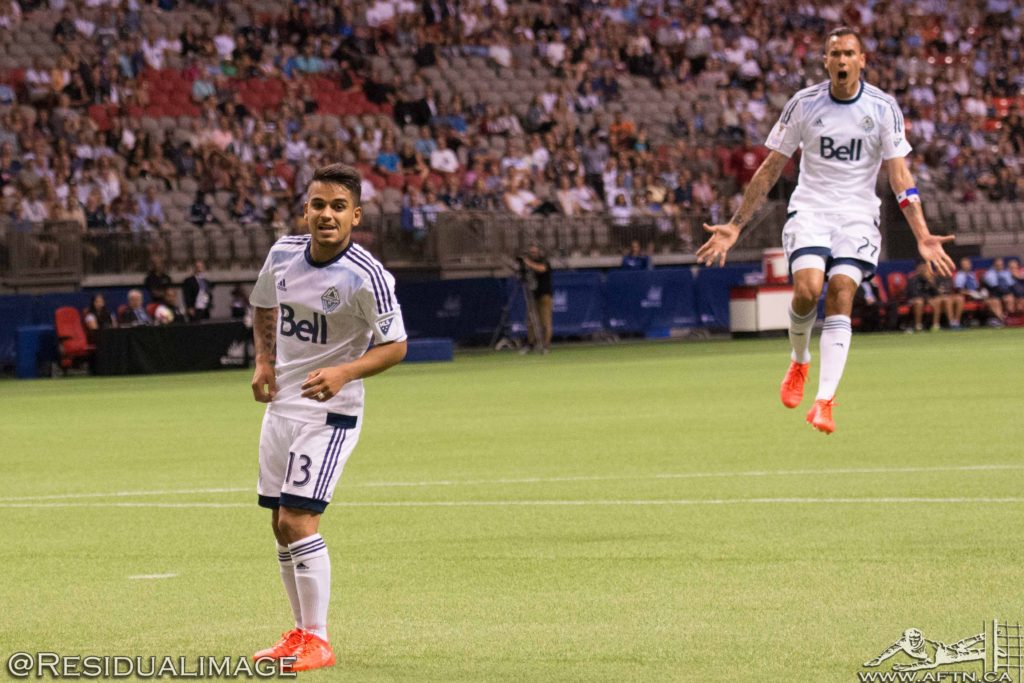 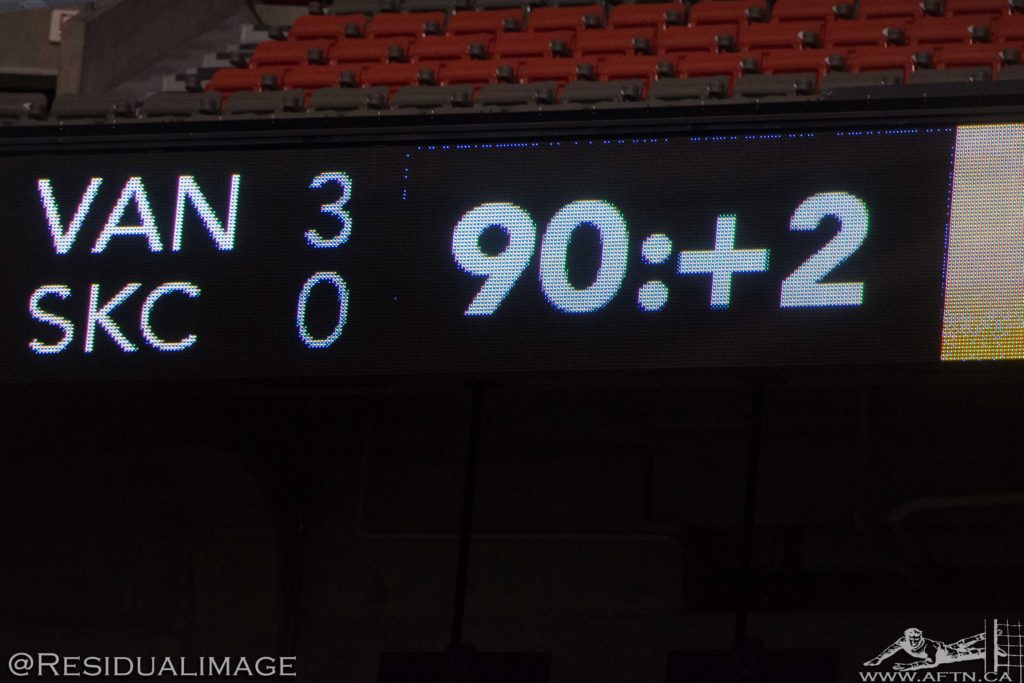 No, you’re eyes are not deceiving you. I think. Pinch me….