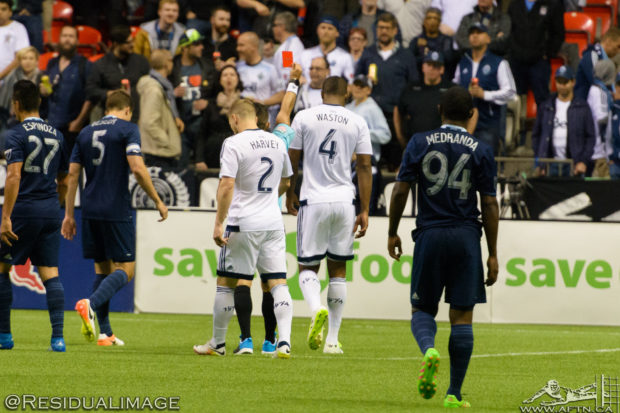 Three improved performances in Vancouver Whitecaps last three matches but with only a win, a draw and a loss to show for them in the strange world of MLS.

The draw came on Wednesday night, in a game that left both head coaches feeling frustrated and unsure what to make of it all by the end of the 90 minutes.

The ten man ‘Caps secured a point against Western Conference rivals Sporting KC. Their play in the early stages, and Christian Bolanos first goal as a Whitecap, looked like Vancouver were going to make it six points in four days, but sloppy defending let KC back in to it, then Kendall Waston’s 51st minute sending off left the ‘Caps clinging on and happy to come away with at least a point.

So nine games in and we don’t know what the make of the ‘Caps this season. I guess on the plus side, our opponents won’t either. 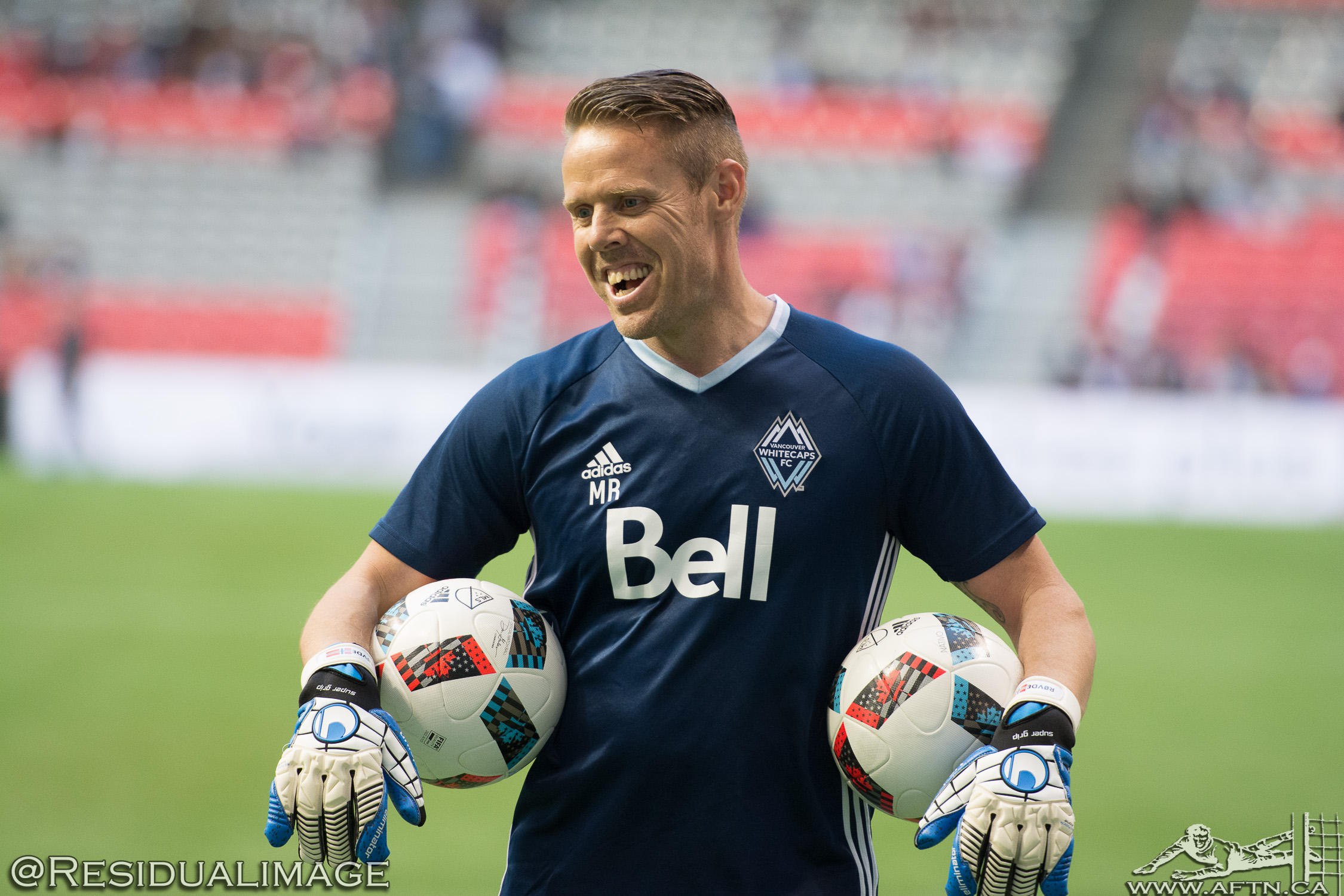 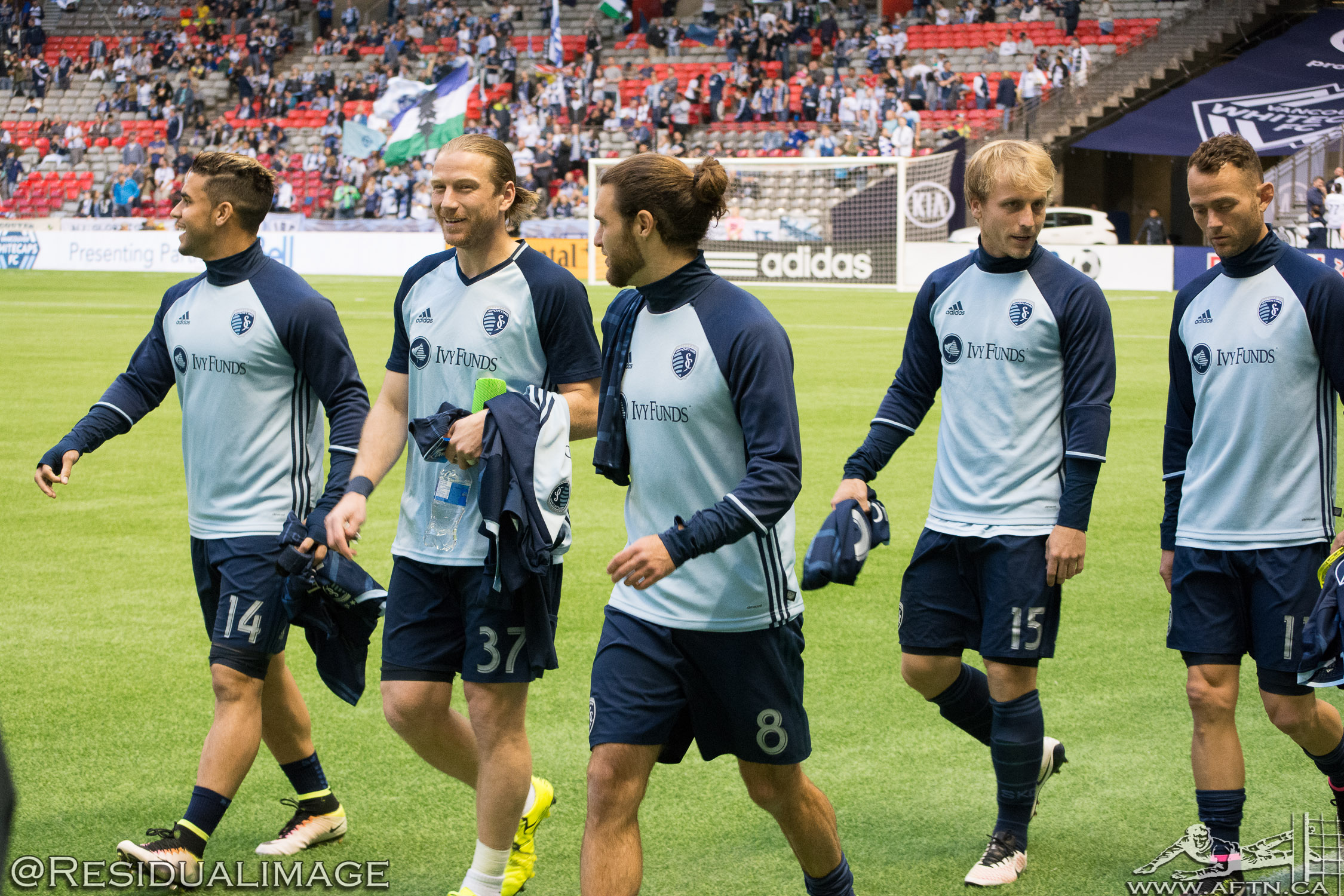 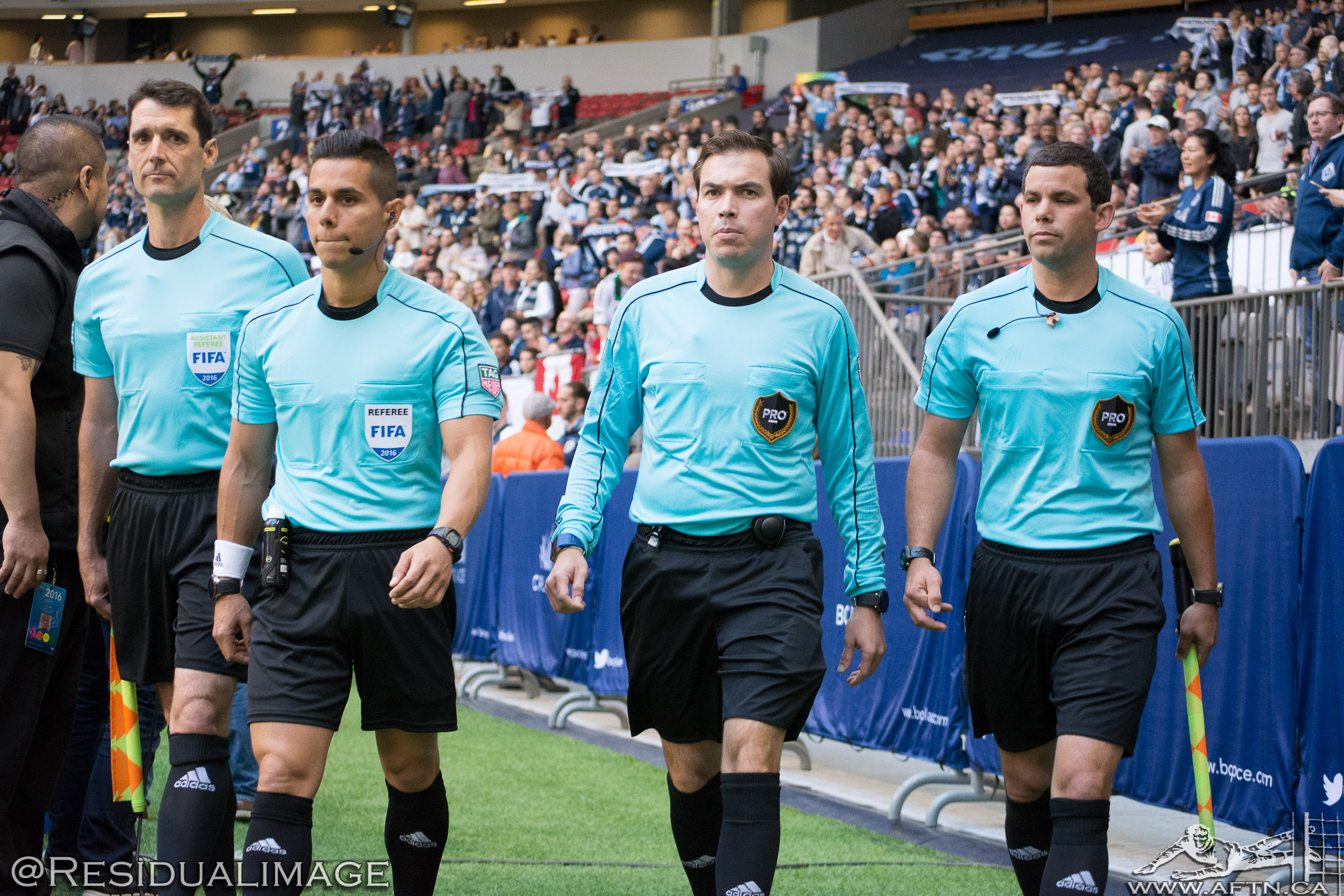 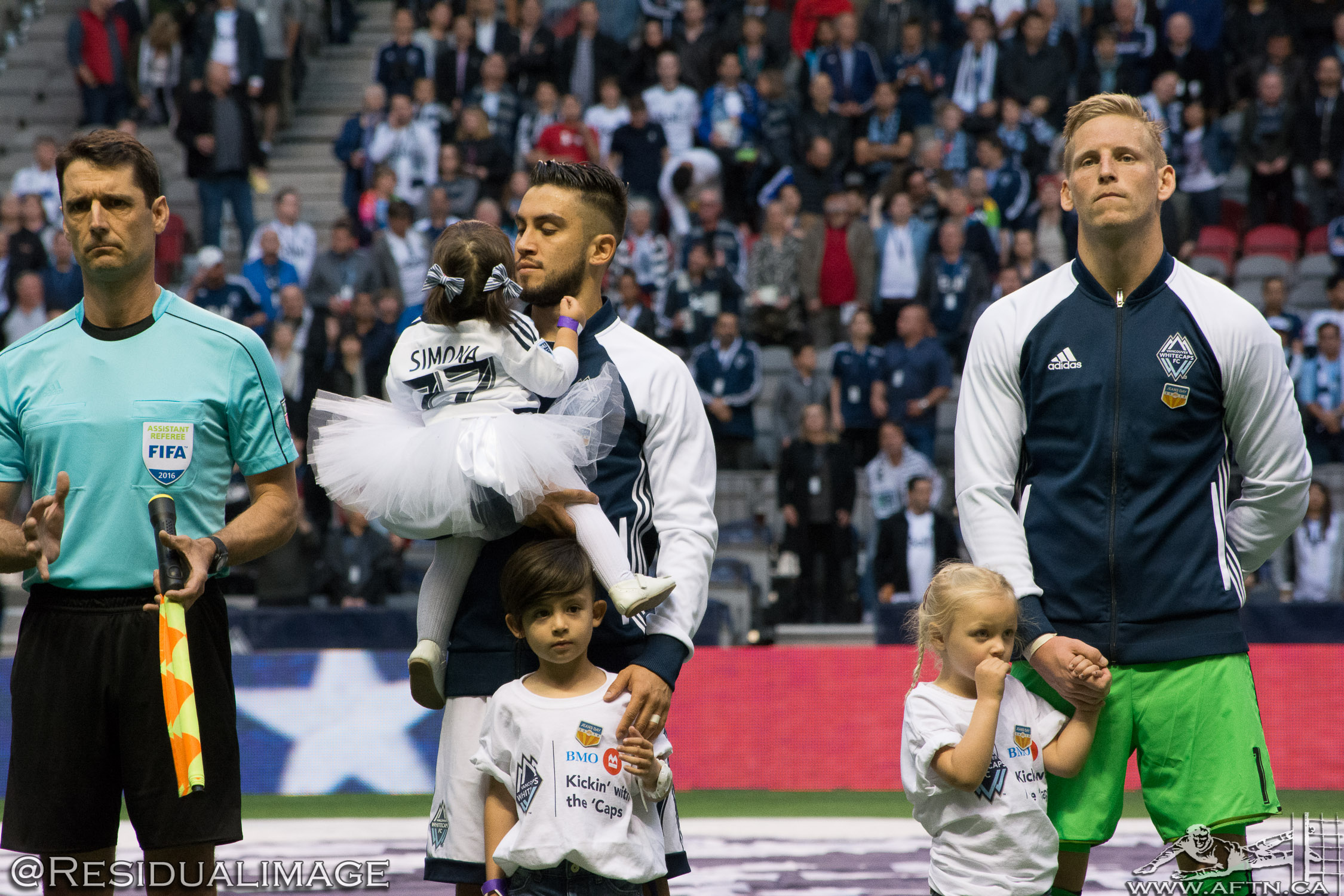 Family day for the ‘Caps players 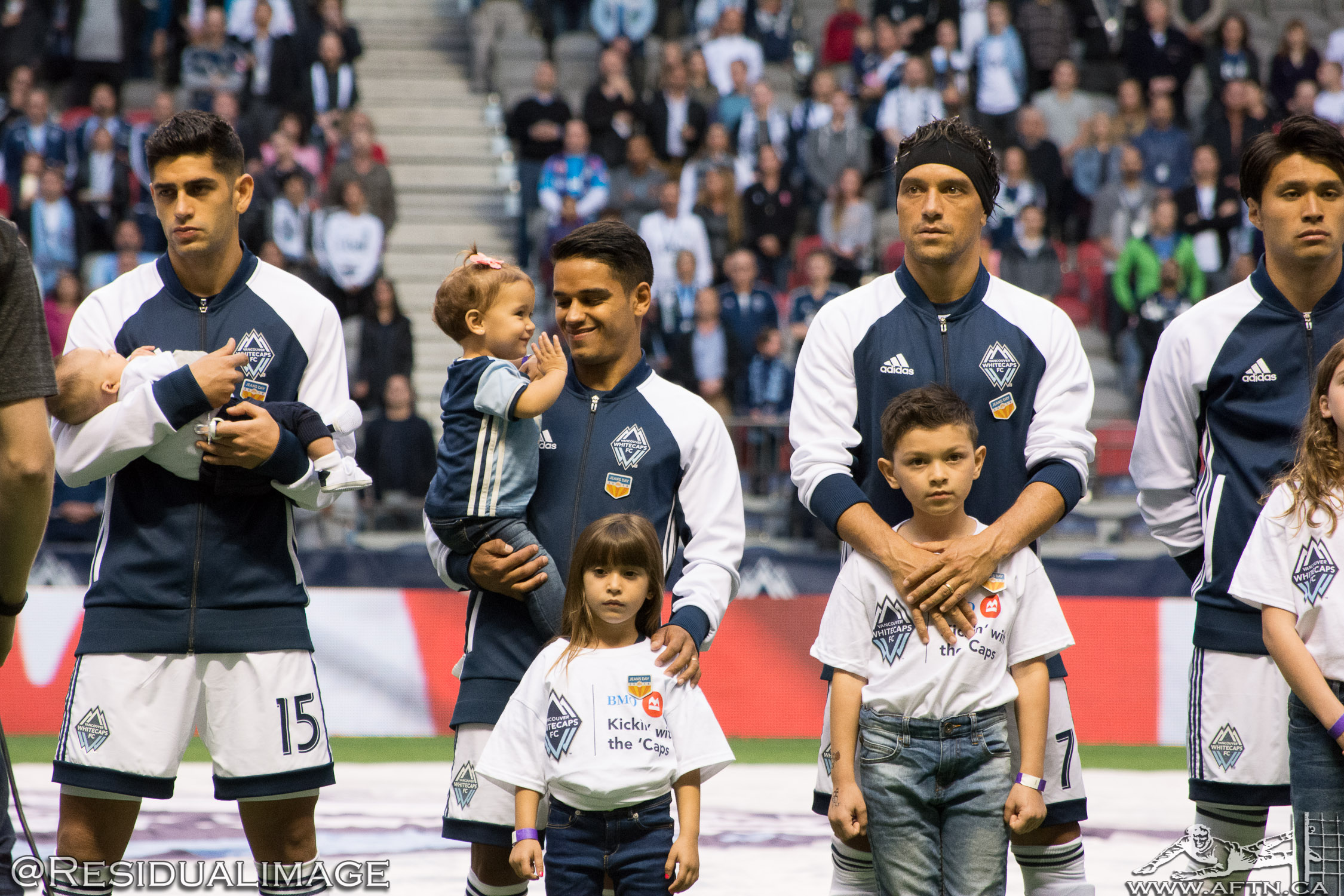 Or has Robbo taken the Whitecaps young player policy to extreme levels? 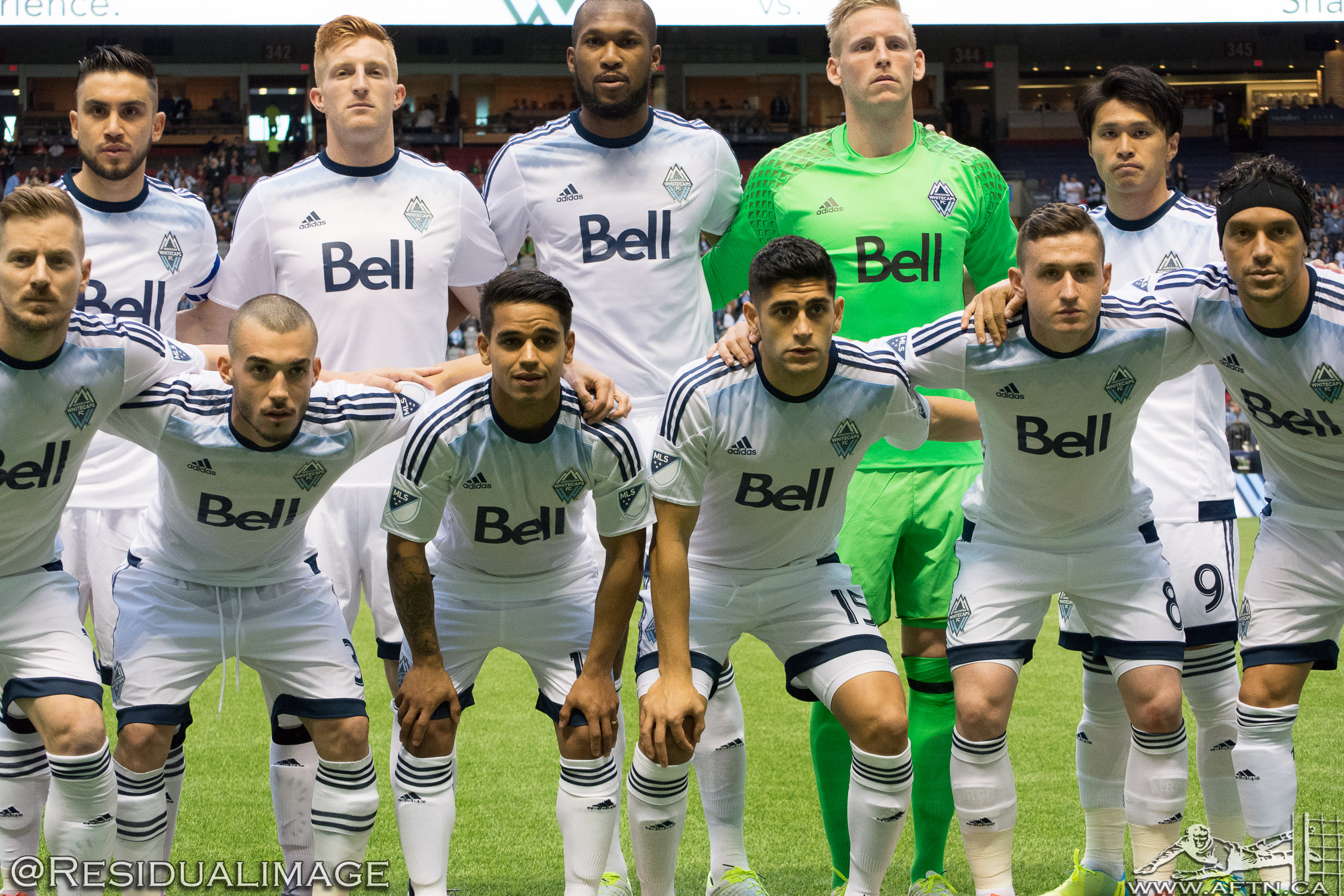 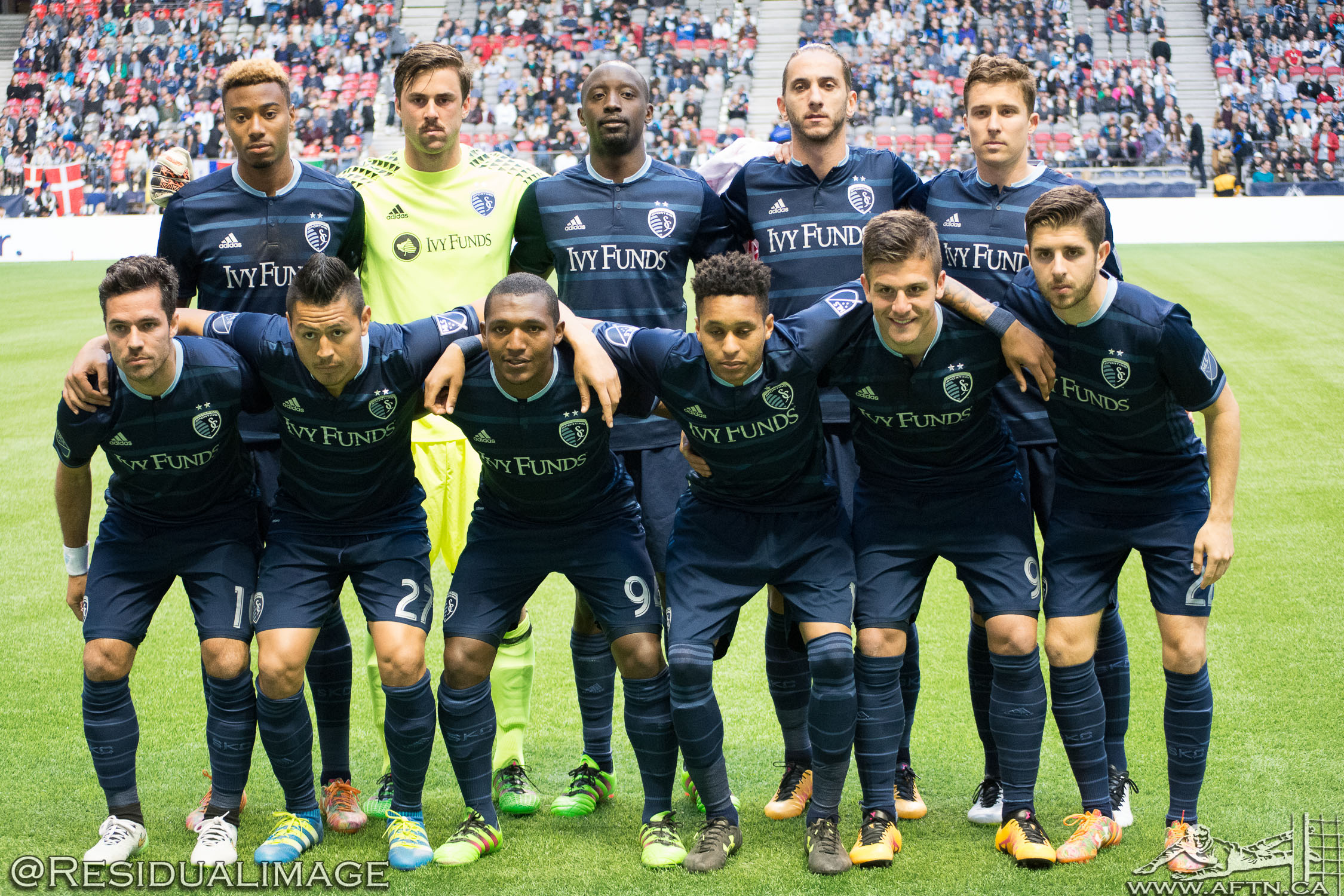 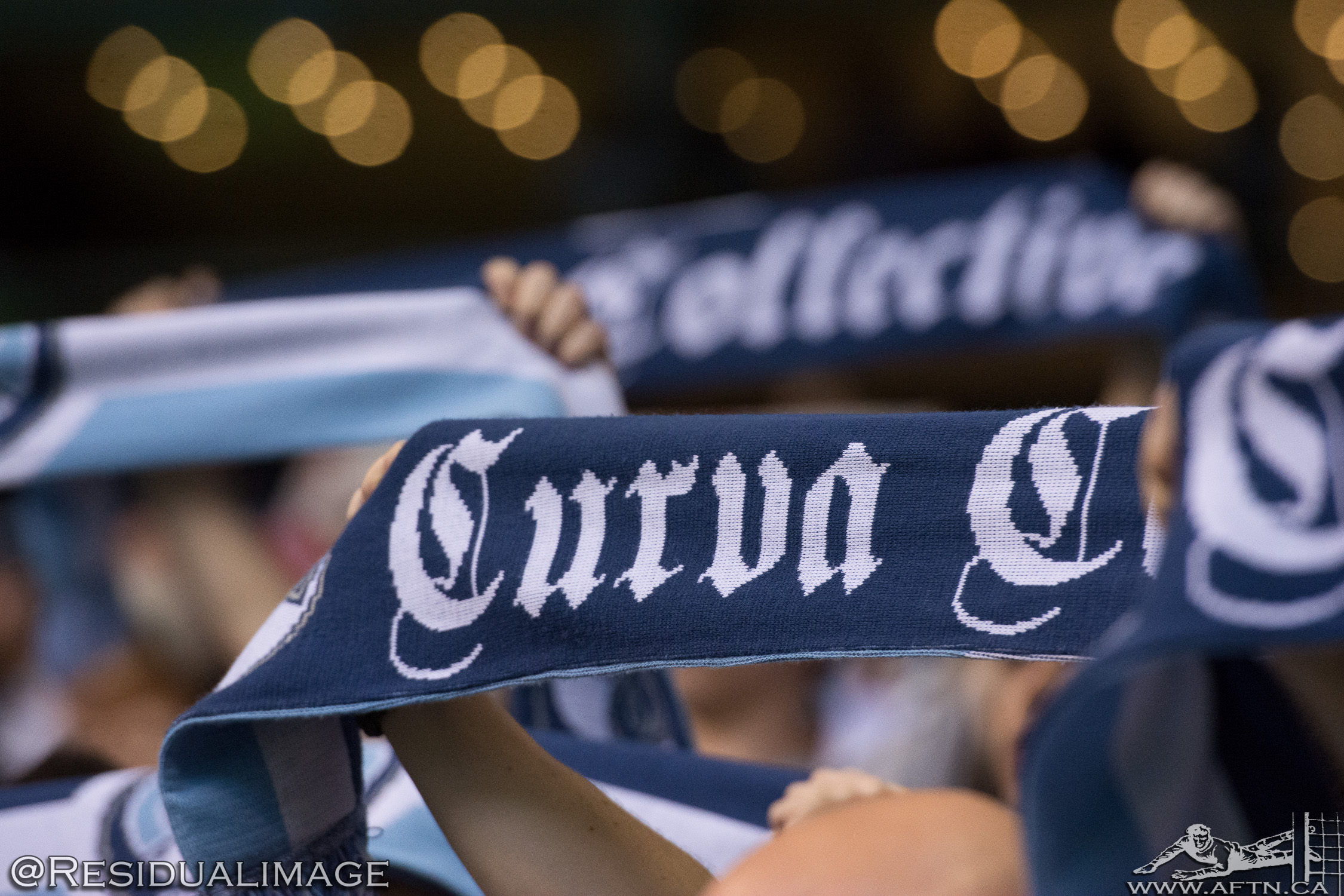 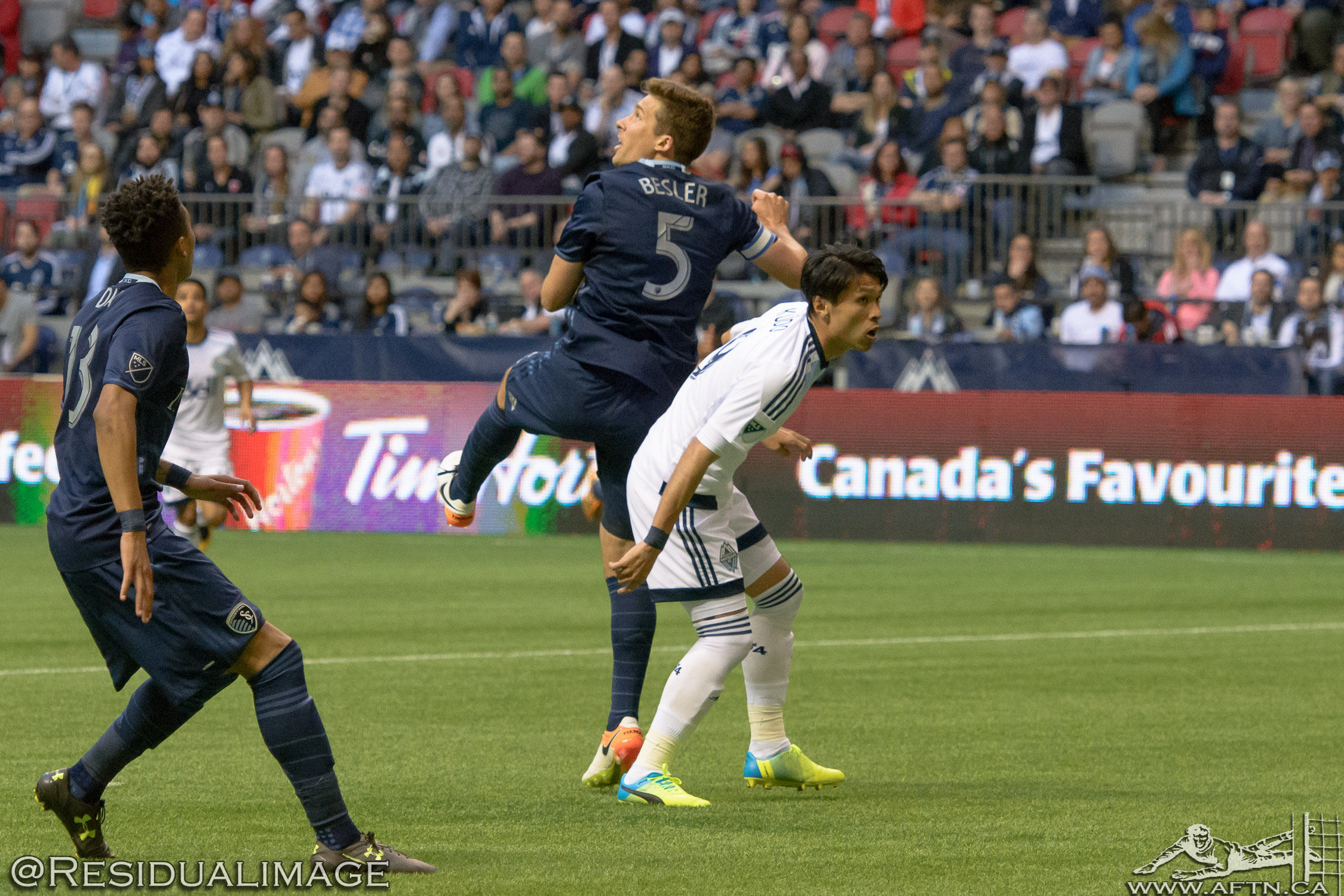 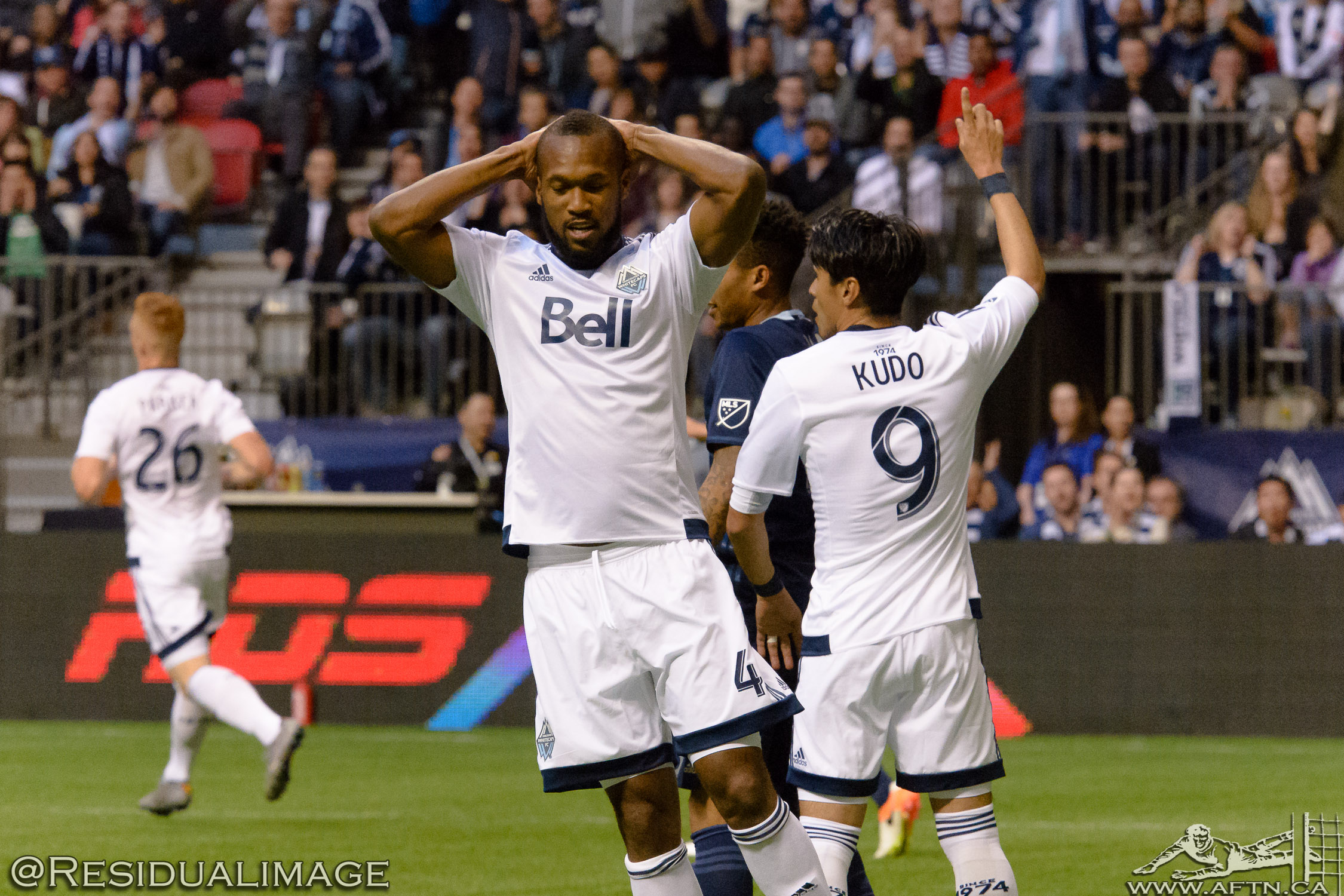 Kendall Waston had a chance from a corner but couldn’t poke it home through a crowd of players, earning another corner 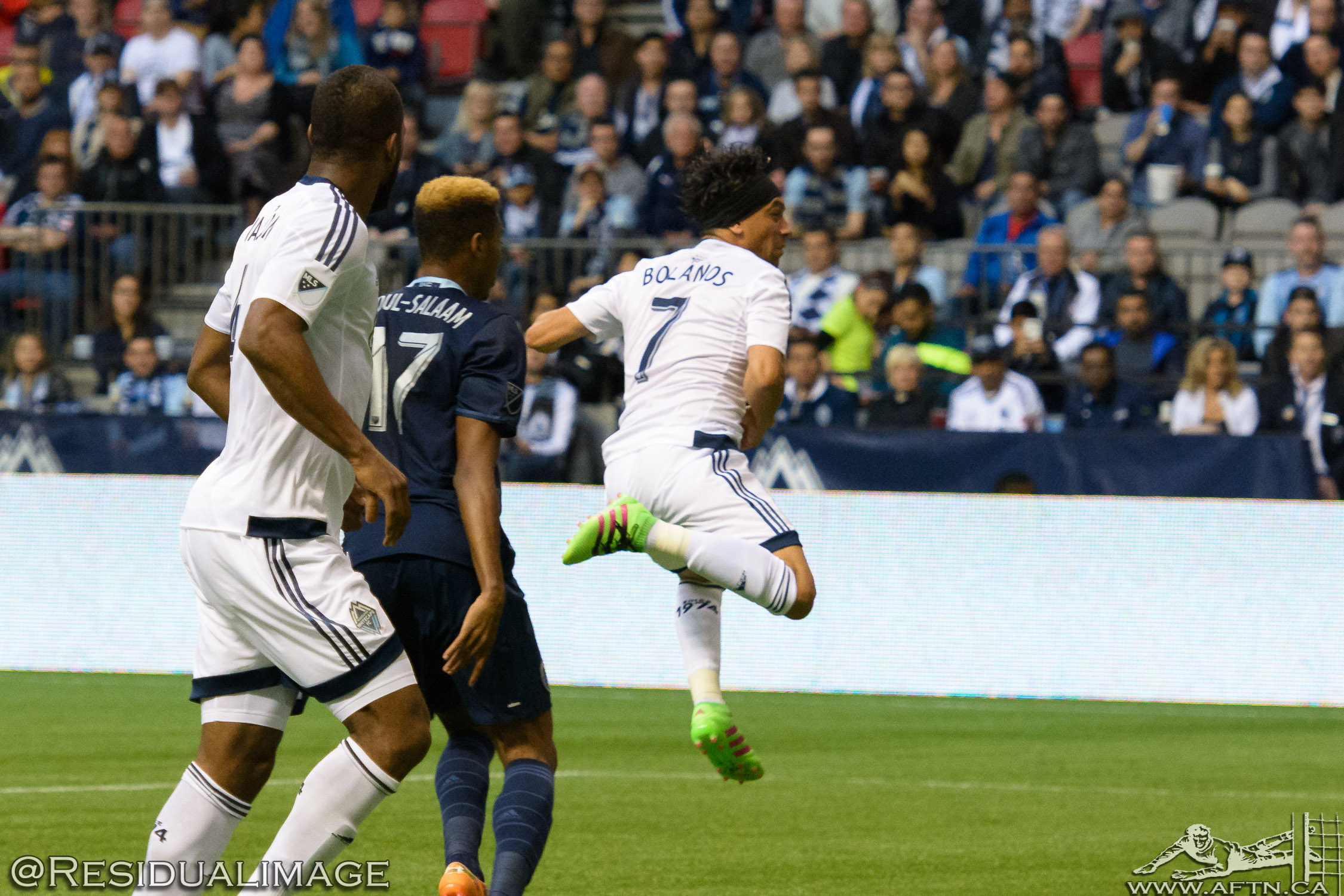 Which was met by Christian Bolanos, who brilliantly side volleyed home his first goal as a Cap in the 14th minute 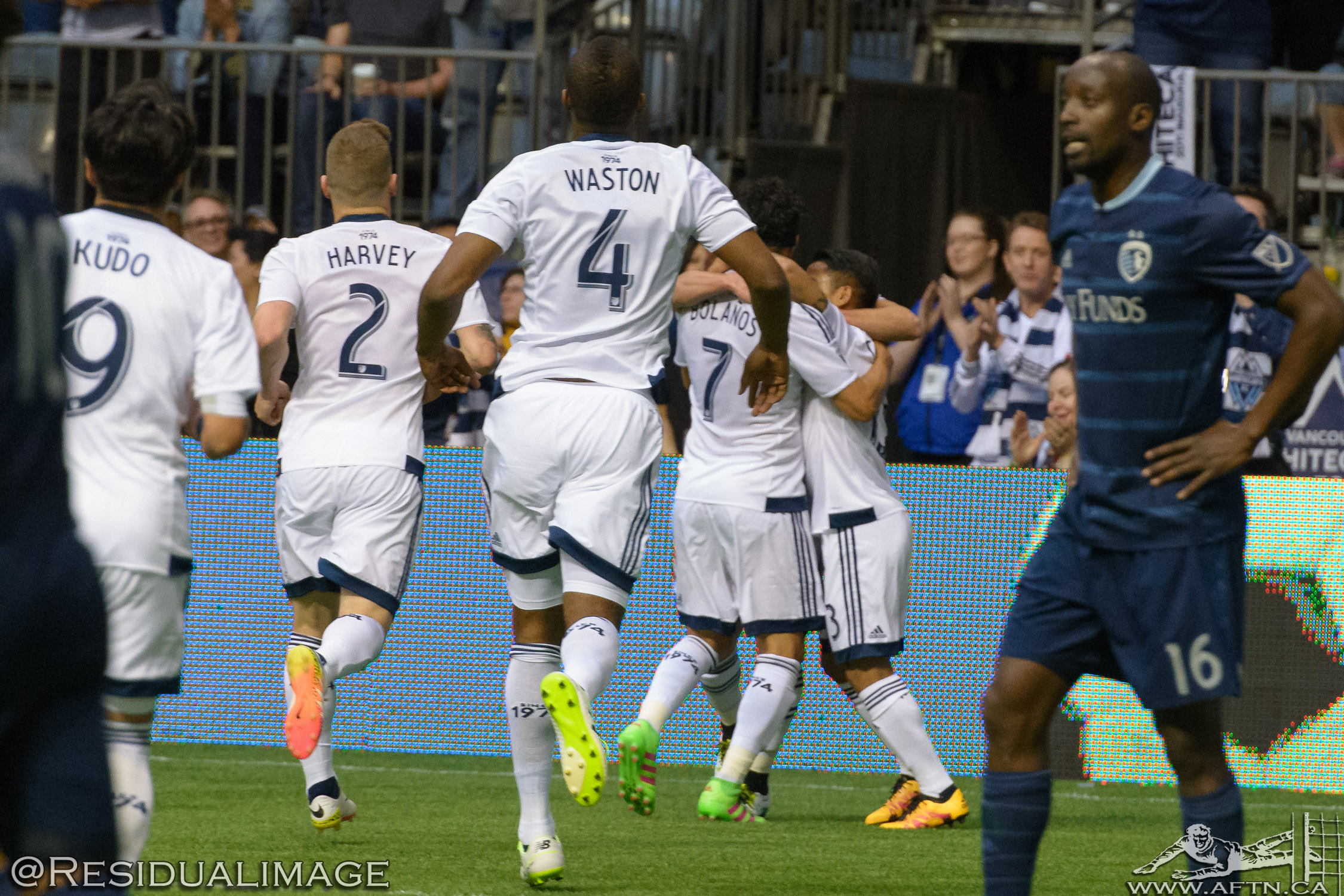 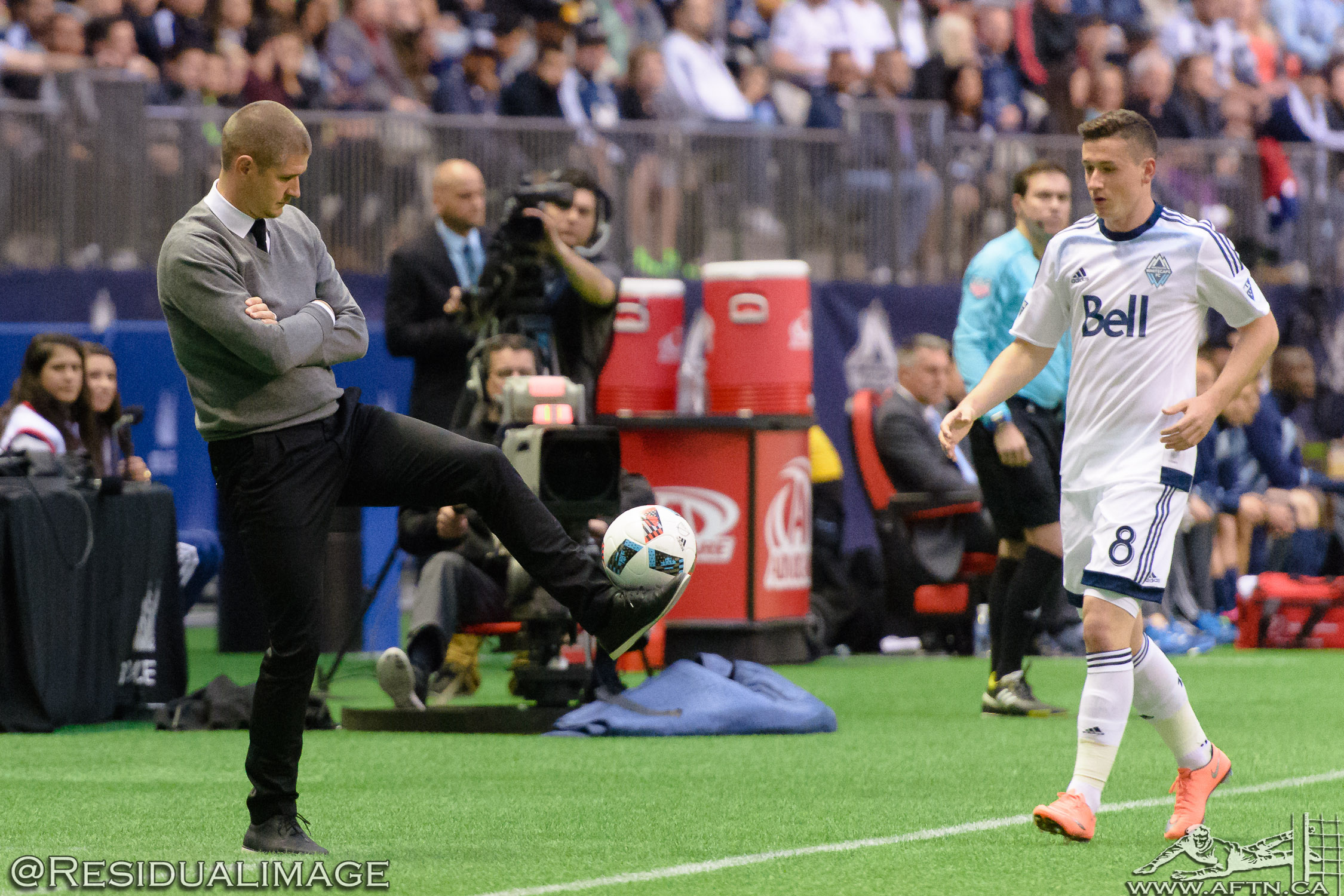 “You’ve still got it” 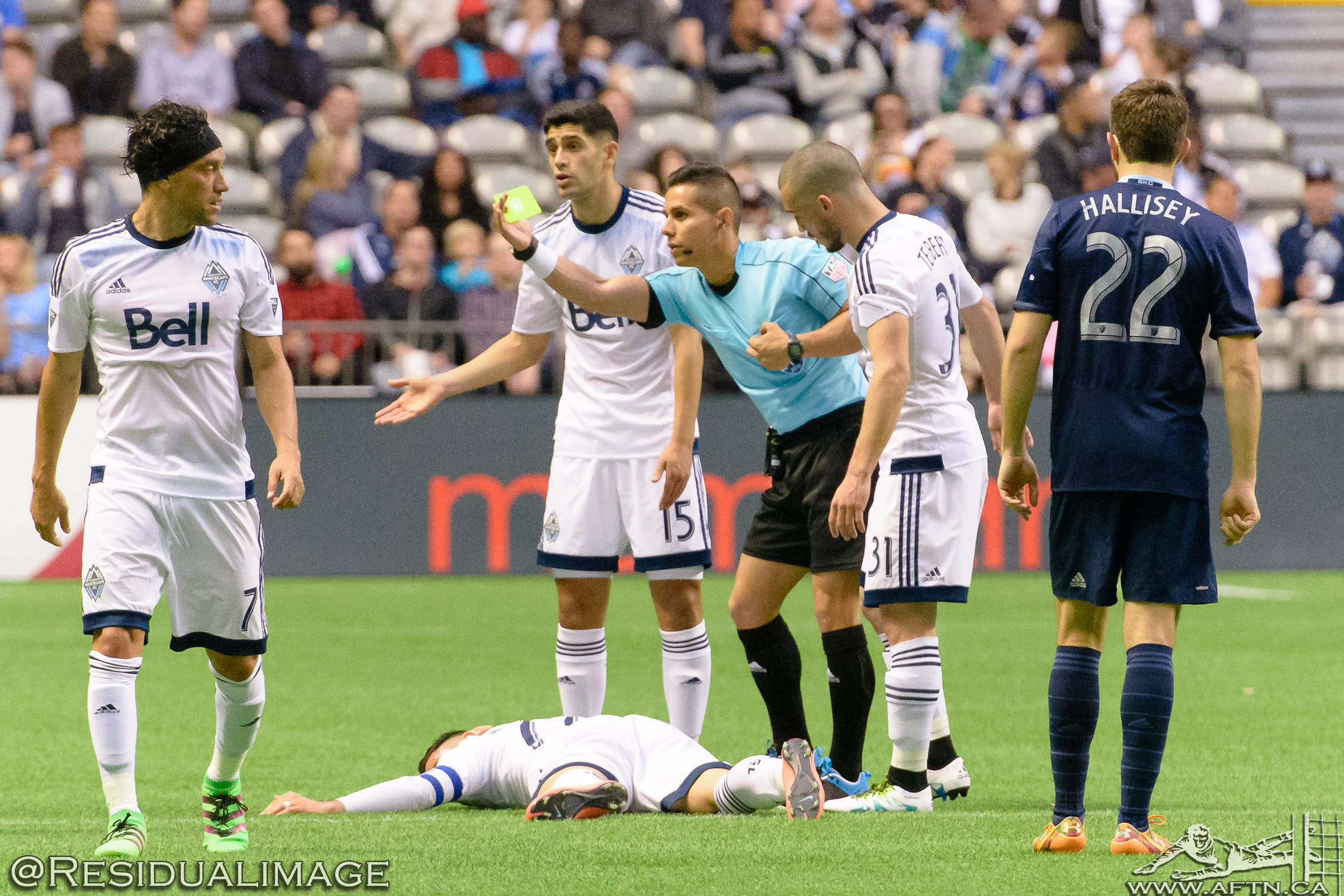 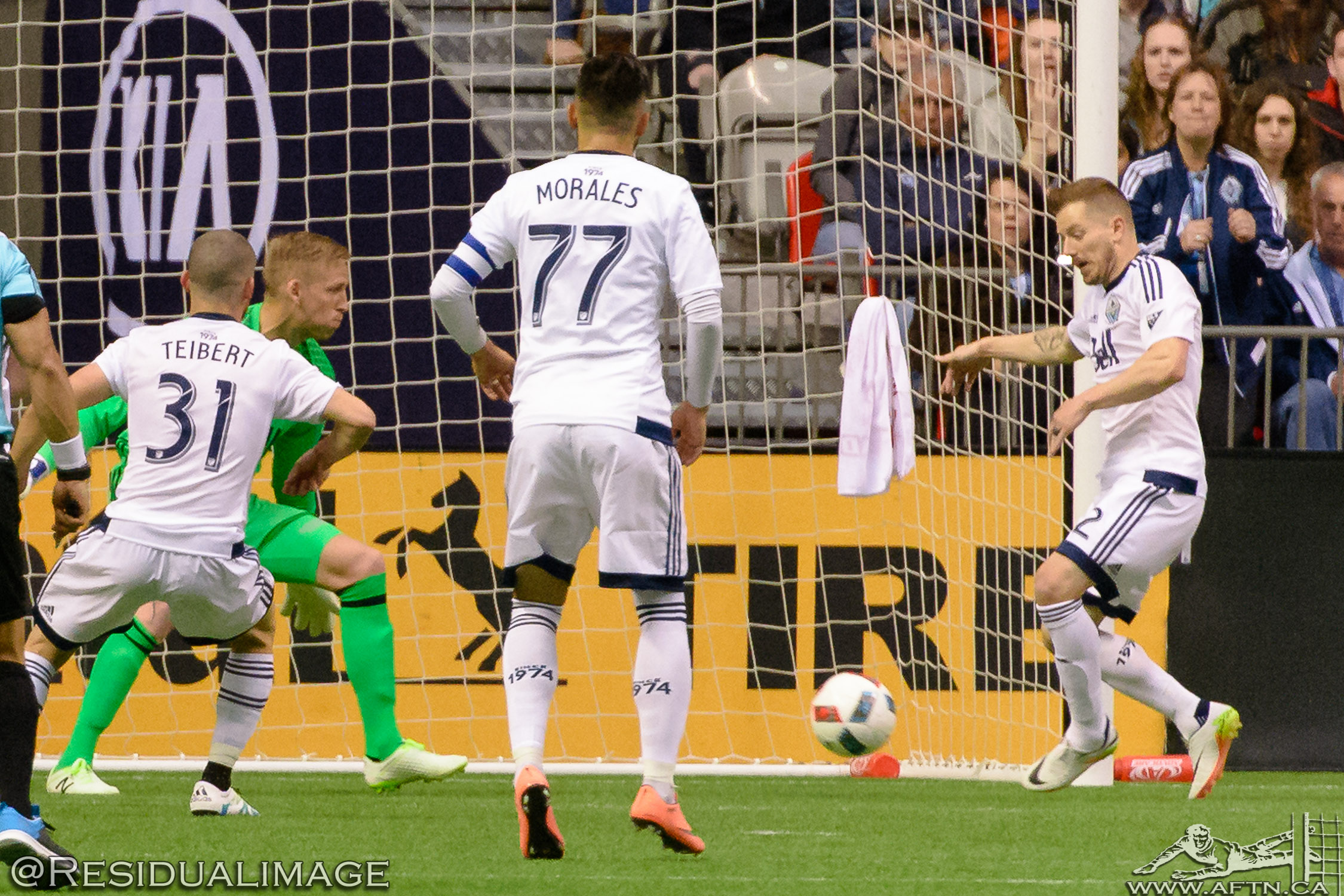 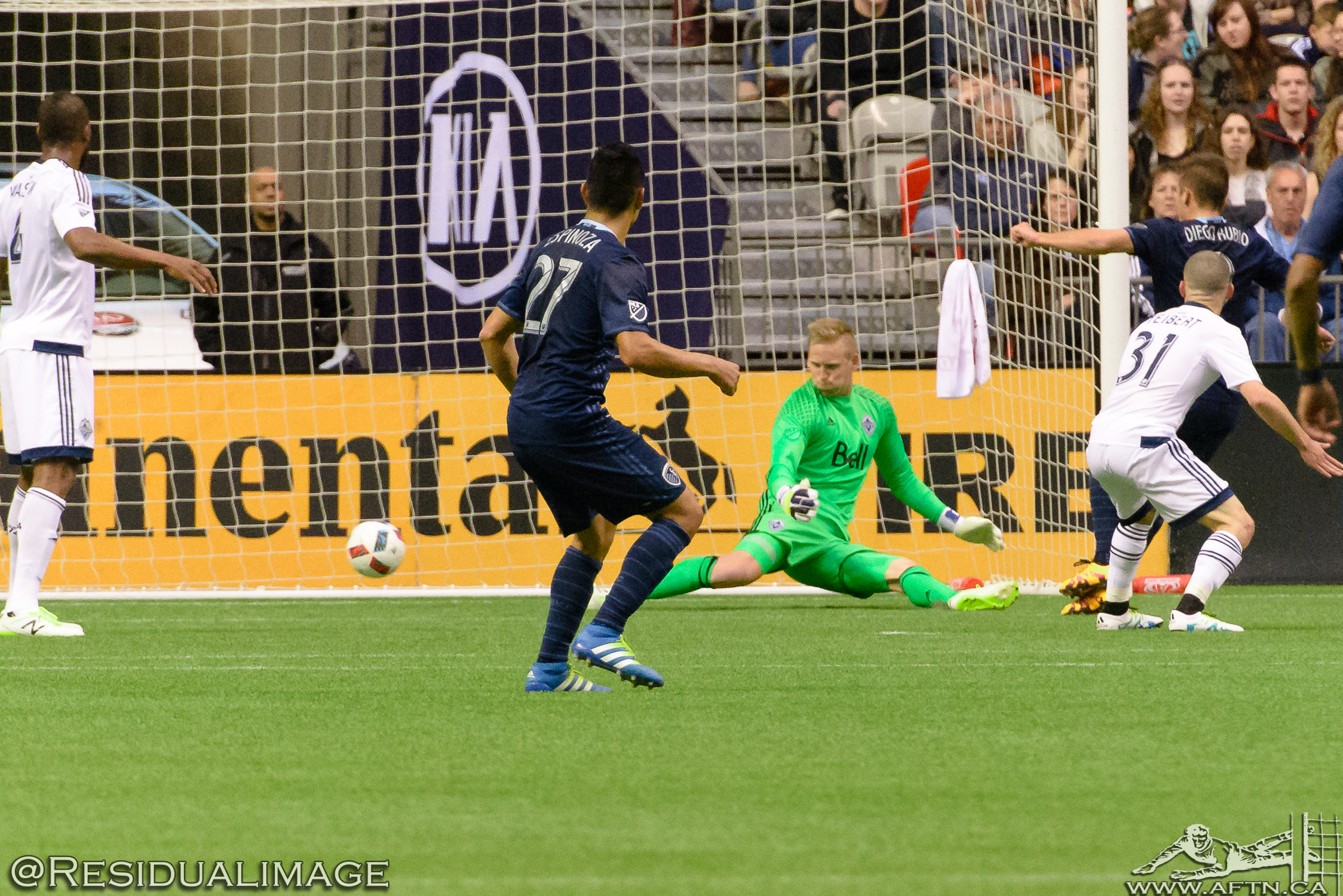 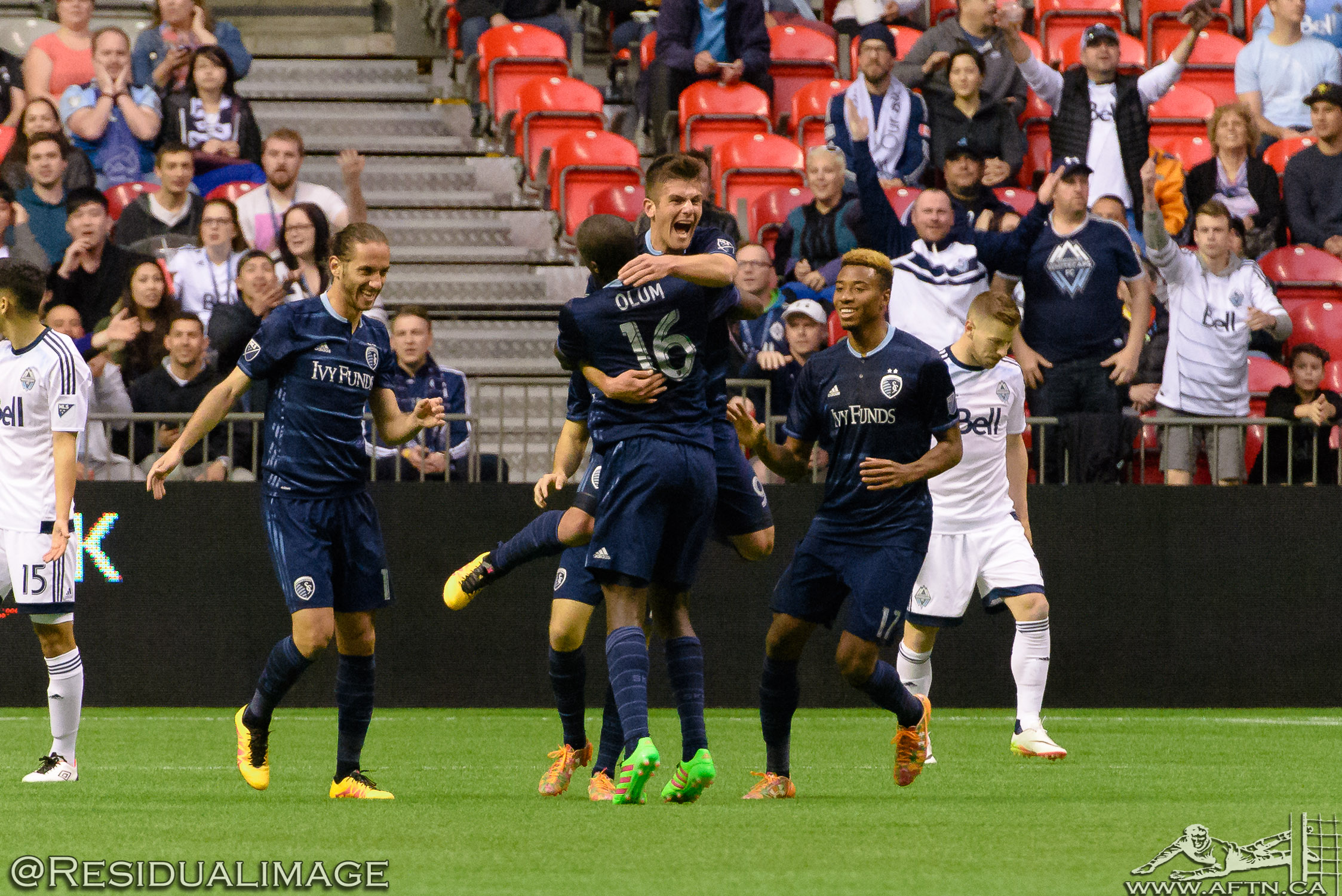 The joy of your first MLS goal 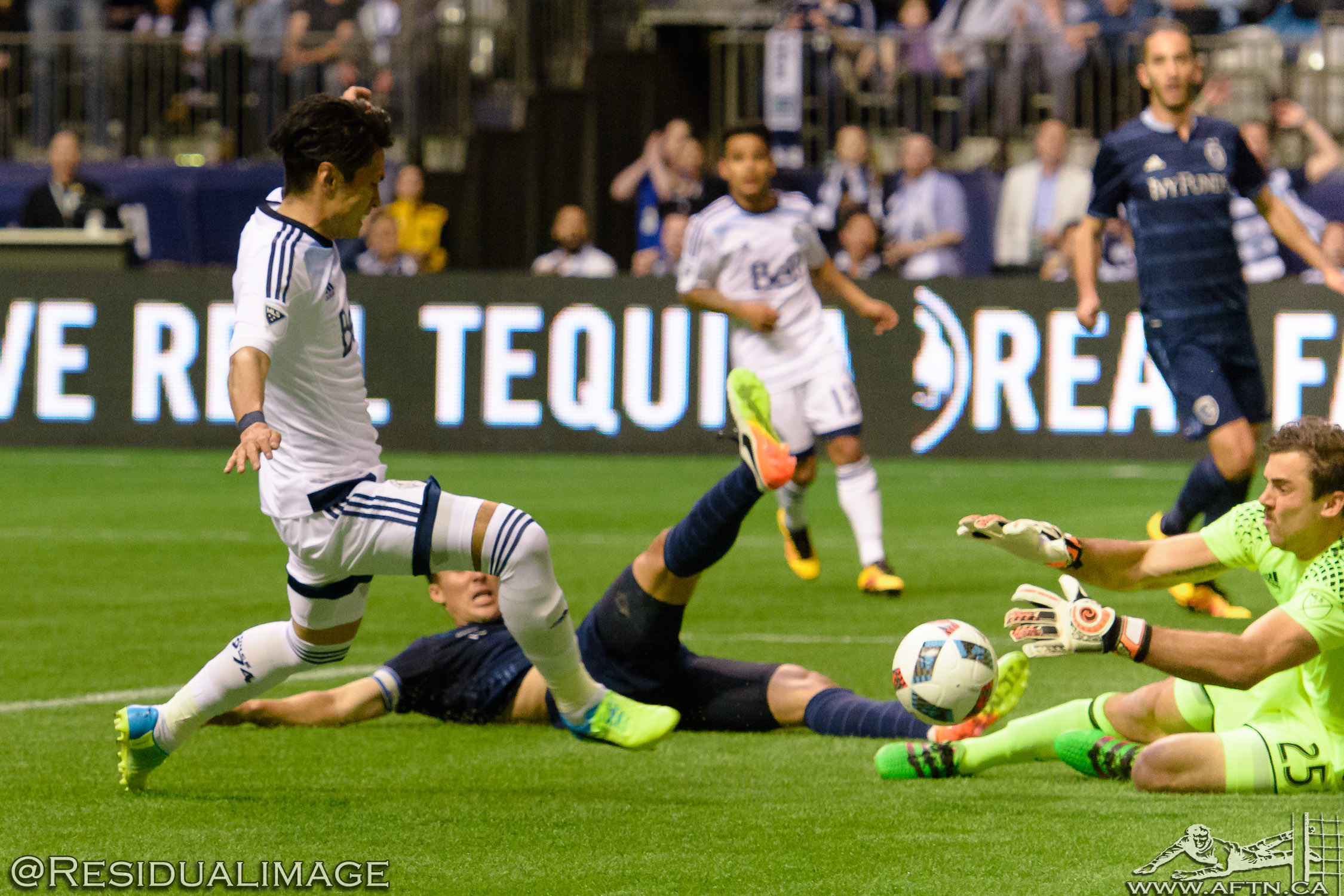 Kudo gets another chance to round off the first half 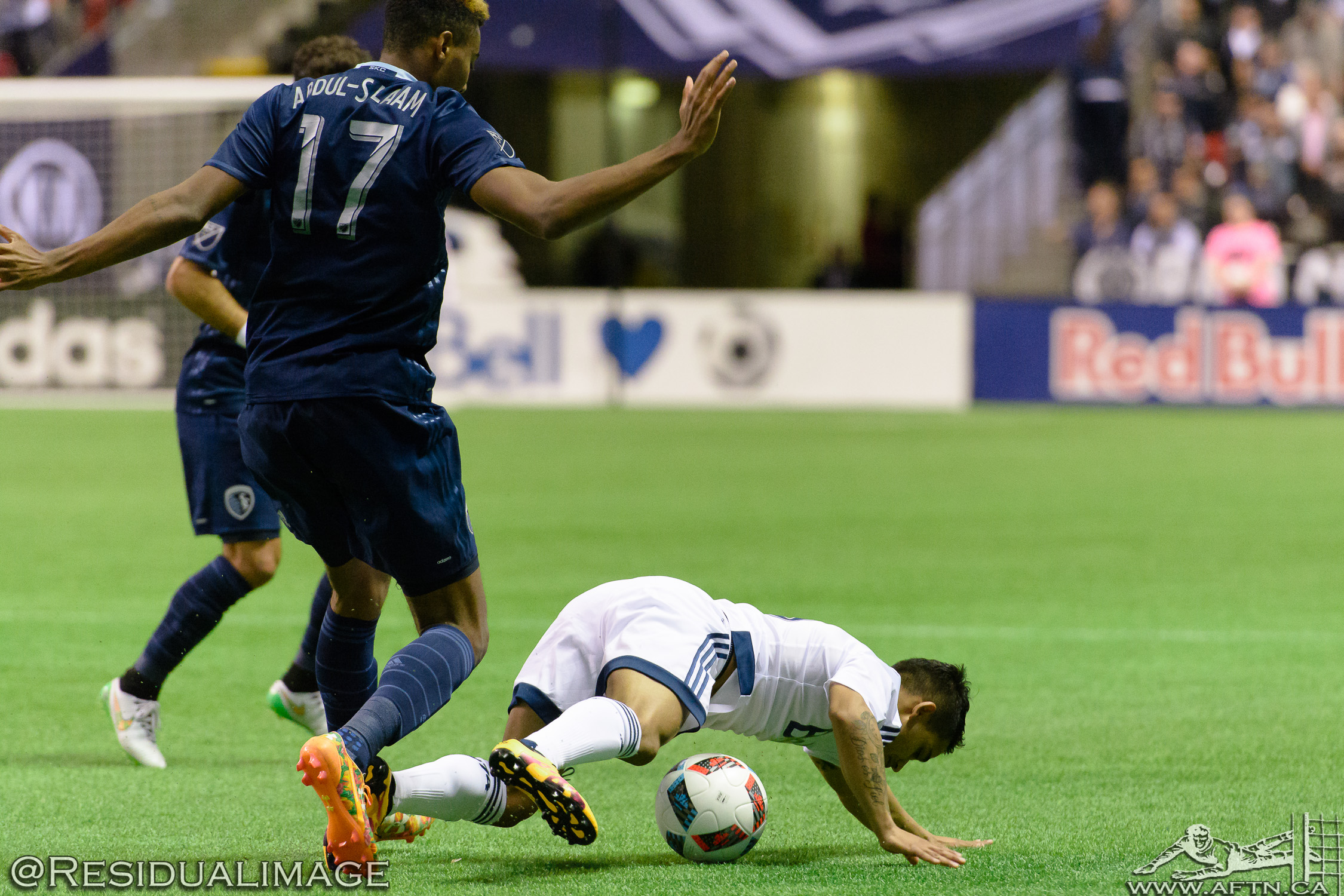 Cristian Techera wins a free kick in the 51st minute inside the KC half. This can only be good right? 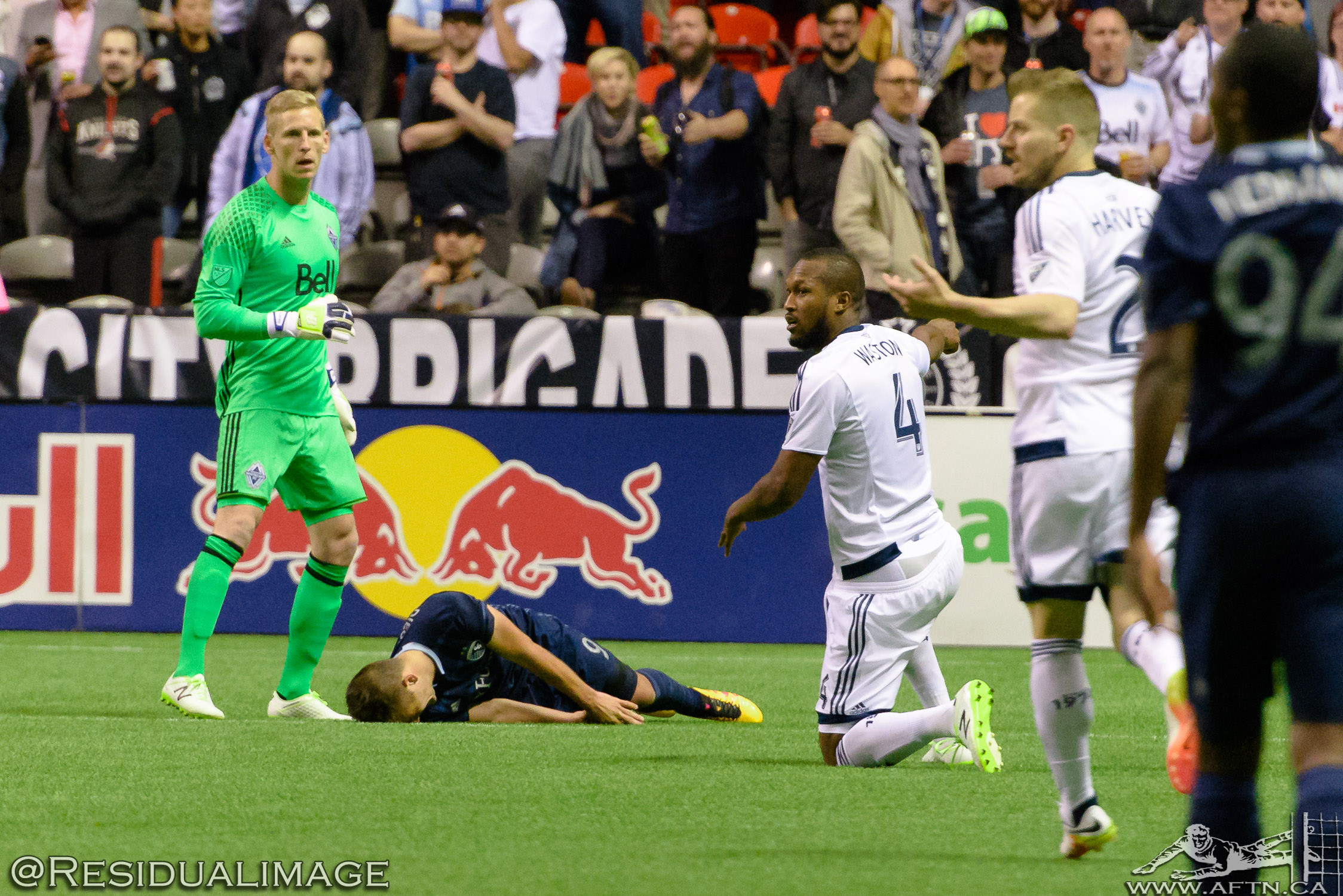 Yet somehow, well Tim Parker, the ball ends up heading towards the ‘Caps goal and Kendall Waston sends Diego Rubio clattering to the ground in a heap 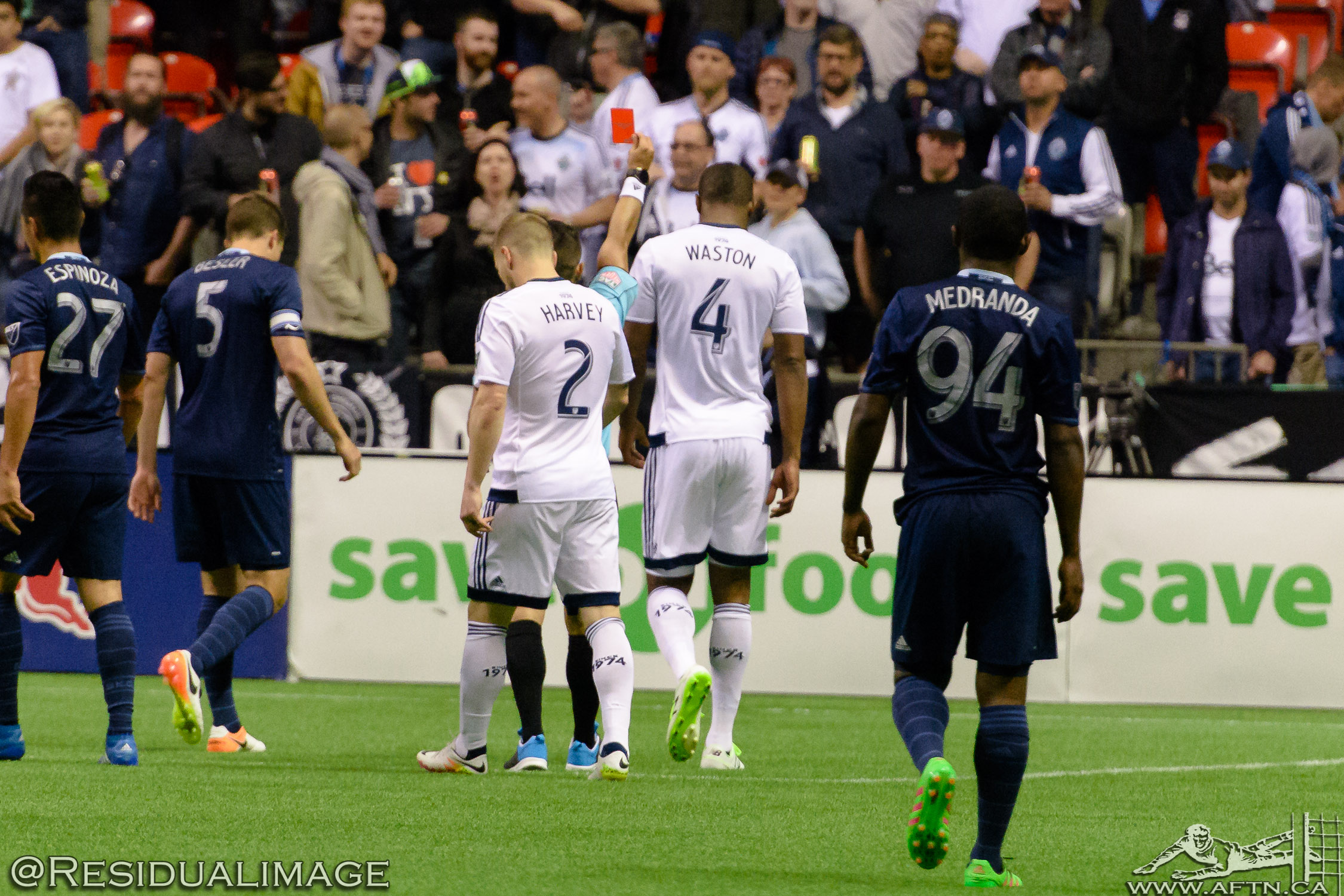 Picking up a second yellow, a red and ending the game as a contest 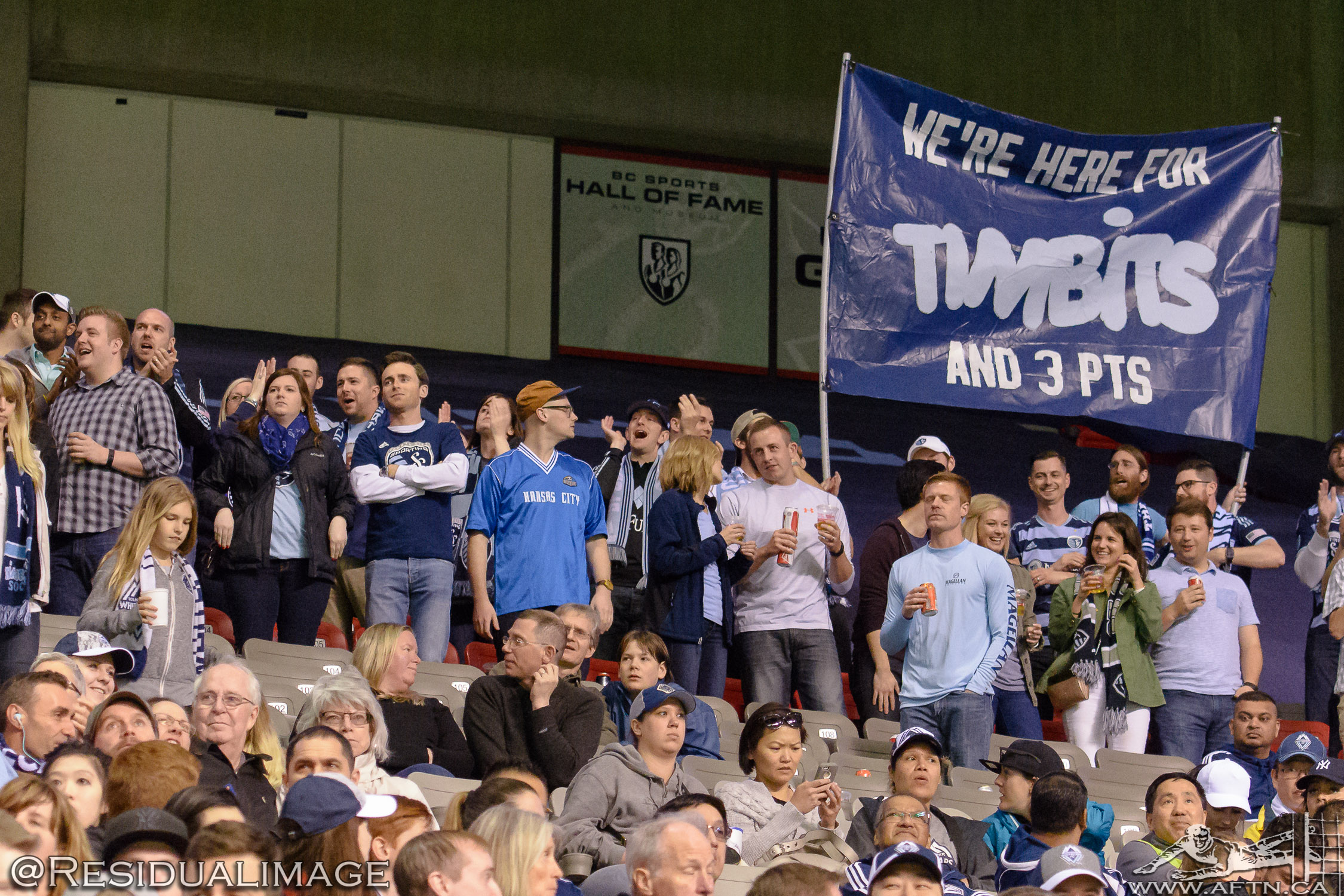 Not a lot of action thereafter, so respect to the KC fans who made the long trip north to watch it all