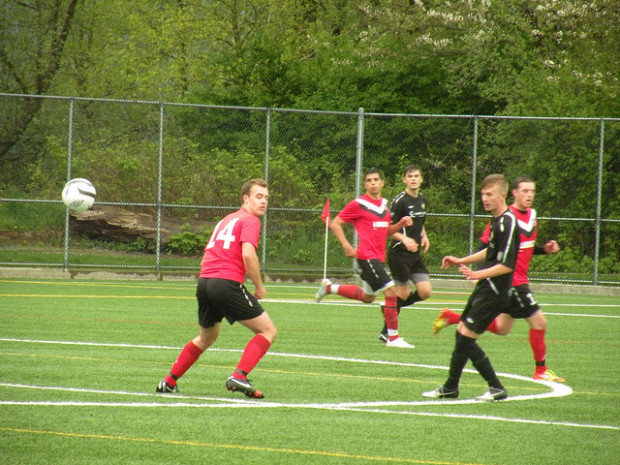 Victoria Highlanders U18 travelled to the Mainland to face last season’s BC Provincial U21 Doug Day Cup winners, Port Moody Lordco Gunners U21. The game featured the same two clubs that competed in the 2012 final, and thus the visiting youngsters from Vancouver Island were likely keen to extract some revenge against the reigning champions.

The older Port Moody squad were dominant from the onset, and it wasn’t long before striker Santiago Vasquez scored after a messy scramble in front of Victoria’s goal. Minutes later, Victoria midfielder Scot Jones did well to entice Port Moody goalkeeper Jeremy Gregory out of his six-yard box, but Jones’ shot was taken at a difficult angle and hit the outside of the netting.

Half-half substitute Jason Yoo, a diminutive midfielder for Port Moody, drew gasps from the crowd with a strong shot from a far-right angle that whistled past Victoria goalkeeper Sean Spiers, giving the home side a 2-0 lead early in the second half. Victoria’s morale took a big hit soon after, as Vasquez scored his second of the match by winning an aggressive mid-air challenge against Victoria goalkeeper Spiers and powerfully heading the crossed ball into goal.

Port Moody soon had their fourth: the ball was crossed toward Alex King on the left of goal, but it was too high and rolled to unmarked midfielder Jack Livesey, who thundered the ball into Victoria’s net.

With a rout unfolding, Port Moody began to relax and allow Victoria the majority of possession. Victoria eventually obtained a consolation goal when Jyotish Khanna was able to speed past the defender marking him and beat Port Moody goalkeeper Gregory with a shot just inside the right post.

Victoria had numerous other chances late in the match, including when Brenden Lidzius did well to draw Gregory out of his net, but the subsequent lobbed shot at goal was excellently cleared away just inches from the goal line by Port Moody defender Wahid Mojaddidi with a diving lunge. Additional attempts at goal by Victoria’s Lidzius, Jason Bradbury, and Tasos Liaros all proved fruitless, and the match finished 4-1.

Port Moody advance to the BC Provincial U21 Cup semi-finals, and will play away to West Van FC, the club that finished second in the VMSL U21 Division.

“The game was won and lost in and around the penalty areas,” noted Victoria Highlanders U18 head coach Steve Simonson, who is also in charge of VHFC’s senior team in the USL PDL. “They took their chances; we didn’t. We had good moments in the game, but if you lapse defensively even for a second good players will punish you.

“I actually think we created opportunities, but the finish or final pass was not there. Our players still don’t have a cutting edge in the attacking third, and that is the difference between what can be a good performance and a win.

“Overall I think the game was won and lost within five minutes. We went from having the chance to equalize, to being 3-0 down in a really short amount of time. Yet another good learning opportunity for the boys.”

Port Moody Lordco Gunners U21 manager Rick Sayers was satisfied with the win, but noted areas of weakness in his squad that he intends to improve prior to next weekend’s semi-final away to West Van FC.

“[Head coach] Rob Causier and I overall were pleased with the team play and adherence to our system; but playing a young, well-disciplined side like Victoria Highlanders Prospects certainly pointed out areas we’ll need to shore up before next week.

“I think it was a classic case of a team that knows how to win versus a team that’s learning how. Our finishing was almost perfect as we capitalized on almost every defensive mistake they made. Santiago Vasquez had his best game as a Gunner; and Jason Yoo’s return from long-term illness provided a huge lift, not to mention the goal of the match that effectively sealed the deal.” 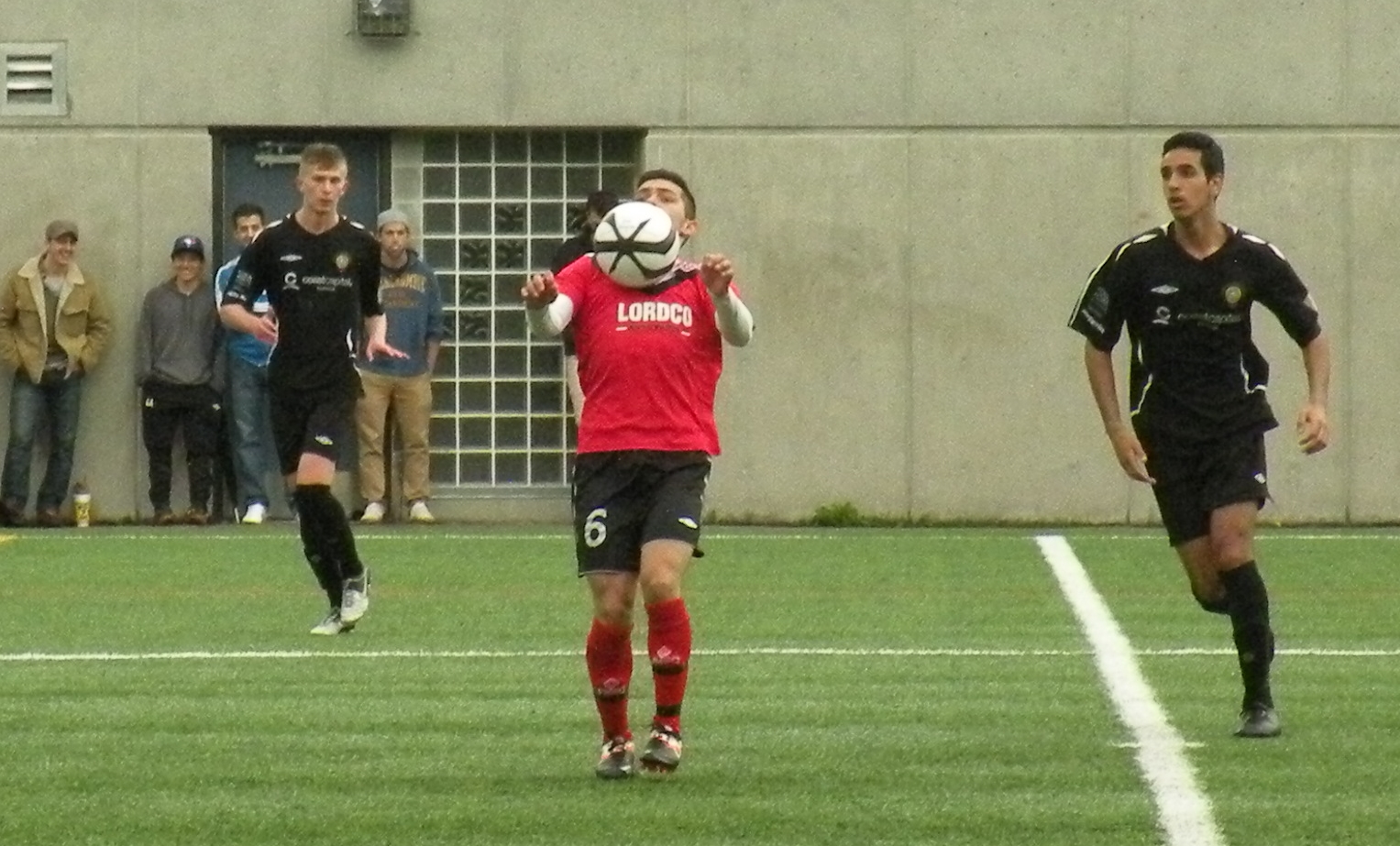 You can see Devon’s full photos of the game HERE.