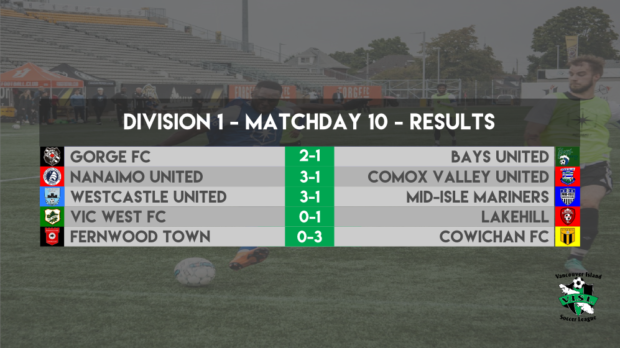 Just when you thought things were starting to make some sort of sense, a couple of soccer games were played and results maybe didn’t go the way they “should” have gone or how people thought they may, leading to more confusion in how the Vancouver Island Soccer League (VISL) Division 1 is shaping up so far this year.

Here’s how this past weekend played out.

Friday started out with a bang at Gorge FC’s Hampton Park. Bays United jumped out to a first half lead after Patrick Nelson earned himself a penalty, but the second half was all Gorge. Dominic Colantonio got the equalizer, then super sub Arbnor Jusufi scored one of the nicer goals this year in many opinion, after being on the field for maybe a minute, hitting a left foot strike that went bar down – and was the game winner in the 80th minute.

Saturdays game went as predicted, and while Comox showed up to battle, home team Nanaimo United had no issues in defeating them 3-1. Kyle Bate had the lone marker for the North Island boys, with Nanaimo’s goals scored by Taylor Arbour, Matt Mehrassa, and Daragh Fitzgerald, moving them to within two points of top spot.

A big battle on Saturday night had Lakehill travel to Finlayson turf to take on Vic West. The Reds walked away with a 1-0 win with a goal from Wesley Barrett. Hardeep Gahunia earned the clean sheet for Lakehill.

The Saturday tilt at Westhills did not disappoint. The stars of tomorrow in Westcastle, took down division leaders Mid-Isle by score of 3-1. Dan Citra had the only marker for Mid Isle. Scoring for the young kids was Joshua Walter, Kalen Park, and Simon Stacey right at the 90th minute mark. The loss keeps Mid-Isle still atop of the VISL standings but their lead has now been cut to just two points.

The last game of the weekend was at Blanshard Park where Fernwood had their hands full with Cowichan. The bumblebees came to Victoria and defeated Fernwood 3-0, with Darian Achurch providing the clean sheet, while Craig Gorman scored in his first game back, and Kevan Brown netted a pair.

Here is how all of that affected the standings: 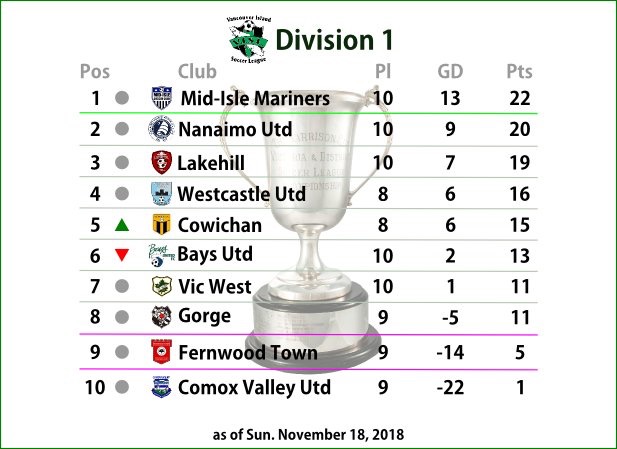 In the race for the Golden Boot, both guys at the top got goals in losing efforts over the weekend, and we welcome a new member into the Top Five! 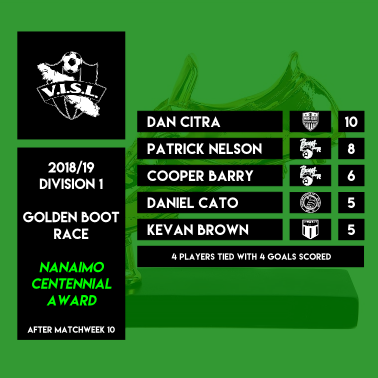 Here is what there is on tap for local soccer league play this weekend on the island.

The past weekend made the division a little tighter, and we’re pretty sure there could be a little bit of drama for this weekend as well. 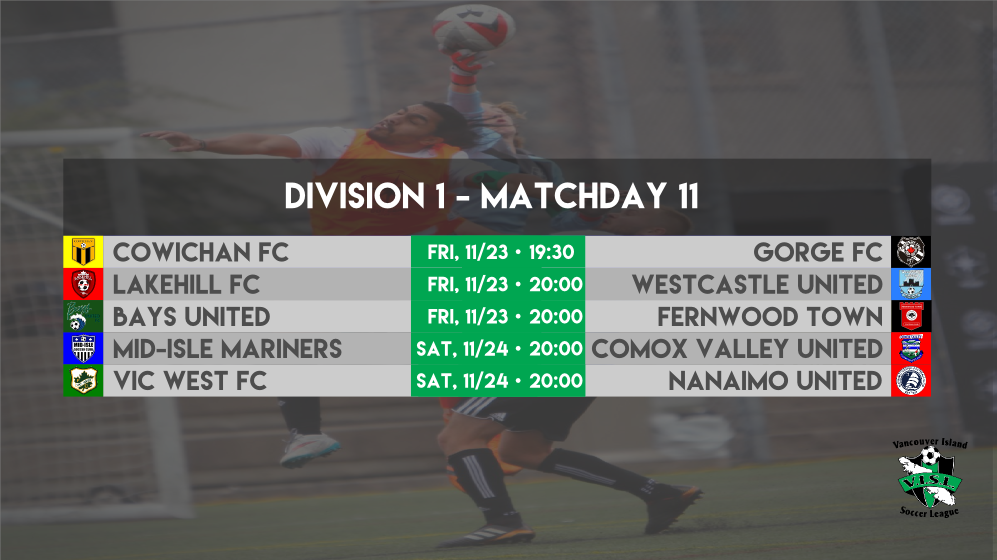