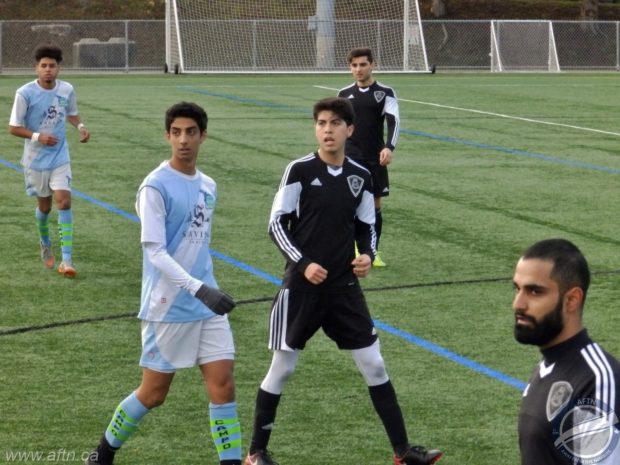 The 2019 VMSL Imperial Cup got underway this past weekend with six Preliminary Round matches producing 26 goals between them, a cupset (of sorts), and some strong individual performances.

With the two finalists guaranteed a place in this year’s BC Provincial Cup, and some big names on the brink of missing out through their league play, this year’s competition should be highly competitive.

The Preliminary Round action got underway on Wednesday night at Coquitlam Town Centre, in a battle between two Division 1 sides, with Coquitlam Metro Ford Lupi running out 3-1 winners over Binger’s Army.

There was another all-Division 1 battle at Burnaby Lake on Friday night, this time between the top two teams, as second placed ICSF Columbus hosted leaders Burnaby Selects White Eagles in a match that went all the way. Marco Favaro gave Columbus a 23 minute lead and that was how it stayed until Matlash Vladyslav tied things up for Burnaby in the 73rd minute.

With no other goals during the rest of normal and extra time, the match headed to penalties, with Columbus getting the upper hand 4-2 and moving on to the next round.

Burnaby Lake was also the setting for Saturday’s three Premier vs Division 1 Preliminary Round match-ups.

First up was bottom Premier side Campo Atletico hosting Division 1 promotion chasers Burnaby Metro Athletic. With only three places between the two teams, it’s hard to really call this one a cupset, but on paper it is, so we’re going with that after their 3-0 win!

Metro were in complete control of this one from start to finish, and while Campo did have a few forays forward, they barely tested the Burnaby keeper.

Metro Athletic had the ball in the net within the first minute, but it was called back for offside. Their pressure paid off in the 15th minute though when Jonathan Saldana fired home the opener after getting onto the end of a knock down from a free kick in the box.

Diego Govantes doubled Metro’s lead in the 27th minute, poking home a loose ball on the goal-line after the Campo keeper couldn’t hold onto it after making a save, and that was how it stayed till half time.

Campo had more possession at the start of the second half, without really looking like getting back into the match. Metro were having the better chances and they put the game to bed in the 71st minute when Farivar Torabi Sereshki put away a square ball from eight yards out for a 3-0 final.

You can see all the goals, and some other highlights in our video:

Next up at Burnaby Lake on Saturday was Club Inter EDC Burnaby’s A team hosting Division 1 side GN Sporting Club. The Premier side left it late before putting away the visitors, but moved into the Round of 16 thanks to a 76th minute goal from Abdulmalik Ali, and a stoppage time assurer from Rizal Ganief.

Club Inter EDC Burnaby’s B team were on the pitch next to host Coquitlam Metro Ford Wolves, with the Premier side running out comfortable 5-1 winners in this one. Inter took the lead nine minutes in through Samuel Lee, before Carlo Basso tied things up again just four minutes later, and that was how things stayed until the second half.

Andre Pietramala put Metro Ford into the lead four minutes after the restart and Basso grabbed his second, and Coquitlam’s third, just past the hour mark. Andrew Peat his an 85th minute goal, and that’s all the scorers that’s shown on the teamsheet, but the VMSL website has it as a 5-1 final, so who knows?!

In one of the final two Preliminary Round matches, Premier side NVFC Norvan were involved in a ding dong affair with Division 1 team Westside, and needed extra time to get the job done 3-2.

Bjorn Borren put Norvan ahead in the 26th minute but Byunghan Im equalized on the stroke of half time for the visitors. Grayson Allen then put Westside ahead two minutes after the restart, but Matthew Hartwell got Norvan back level in the 67th minute.

It took a Devin Gunenc goal ten minutes into extra time to send Norvan into the next round, where they’ll travel to play Premier leaders CCB LFC United.

Rounding off the action was the all-Division 1 match between FC Romania and Vancouver Greencaps. Daniel Caraiman put the Romanians ahead five minutes before half time, and when Reyhan Ismail doubled their lead on the hour mark, they were looking comfortable. Even more so when the Greencaps went down to ten men following Keith Cox’s sending off, and Romania wrapped up the victory with a second from Caraiman with 20 minutes remaining, for a 3-0 final.

Those results set up the following matches now in the Round of 16: