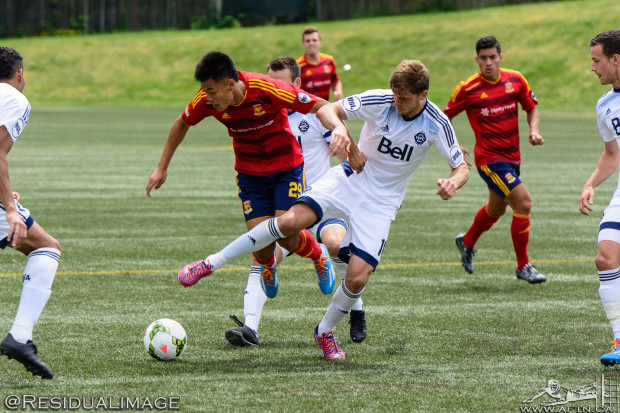 WFC2 are on a bit of a roll in USL, extending their current unbeaten streak to three matches after back to back home wins. The latest came on Sunday at Thunderbird Stadium with a very comfortable 2-0 win over Arizona United, in a match that saw them produce 19 shots.

The wins sees the Whitecaps (3-4-3; 12 points) move to within one point of Arizona in 9th place in the USL Western Conference standings and within two points of the playoff places after ten games.

Whereas BC Place hasn’t exactly been a home fortress for the Whitecaps this season, Thunderbird Stadium has been different, with WFC2 now unbeaten in their five matches there so far this year.

The ‘Caps started nine MLS players in the game, with captain Tyler Rosenlund and winger Victor Blasco being the only exceptions. They also started four Canadians, after the CSA gave them a special exemption to play less than the mandatory six starters.

“If you look at the schedule, we’ve got so many USL games that we’ve got going on and so many MLS games and we’ve got a few injuries too, we actually had to ask for an exemption and the CSA approved it,” WFC2 coach Alan Koch told AFTN after the game. “I don’t think it’s something we’ll be using very often. You can see in our roster that we’ve been playing a lot of Canadians. We only started four today but we did get it approved by the CSA before the game.”

It wasn’t the most exciting first half. Vancouver tried to take the game to Arizona but as with the first team, putting away those chances was proving difficult.

The Whitecaps turned up the pressure at the start of the second and Caleb Clarke showed quick reaction four minutes in to tuck away a rebound after Arizona keeper Carl Woszcynski had done well to keep out a Kianze Froese shot from the edge of the box. The goal was Clarke’s fourth of the season and his second straight game with a goal.

Vancouver had several chances to add a second and were in control of the match. They finally got their second killer goal with 12 minutes of the game remaining.

It came from Brett Levis and was the Saskatoon native’s first professional goal. And what a beauty it was too as the midfielder won possession at the half way line and skipped past two Arizona players before burying it in the bottom right corner of the net.

There was no way back for Arizona and the young Caps go marching on. Next up are two away matches in four days. Colorado Springs are first up on Wednesday followed by a trip to OKC Energy on Saturday. 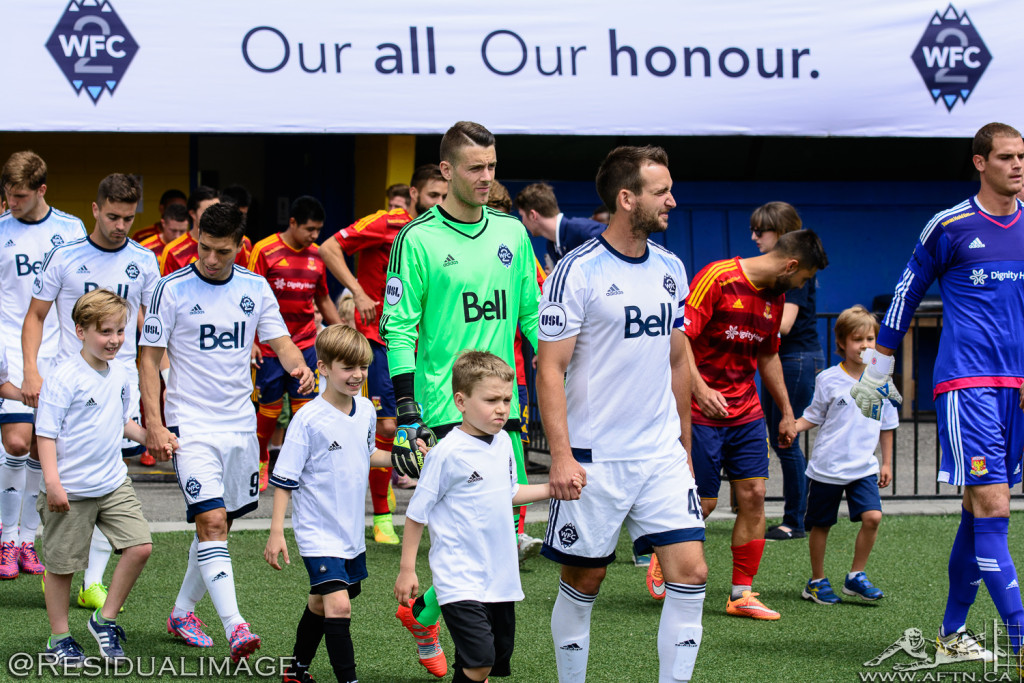 The teams come out at Thunderbird Stadium, ready for battle 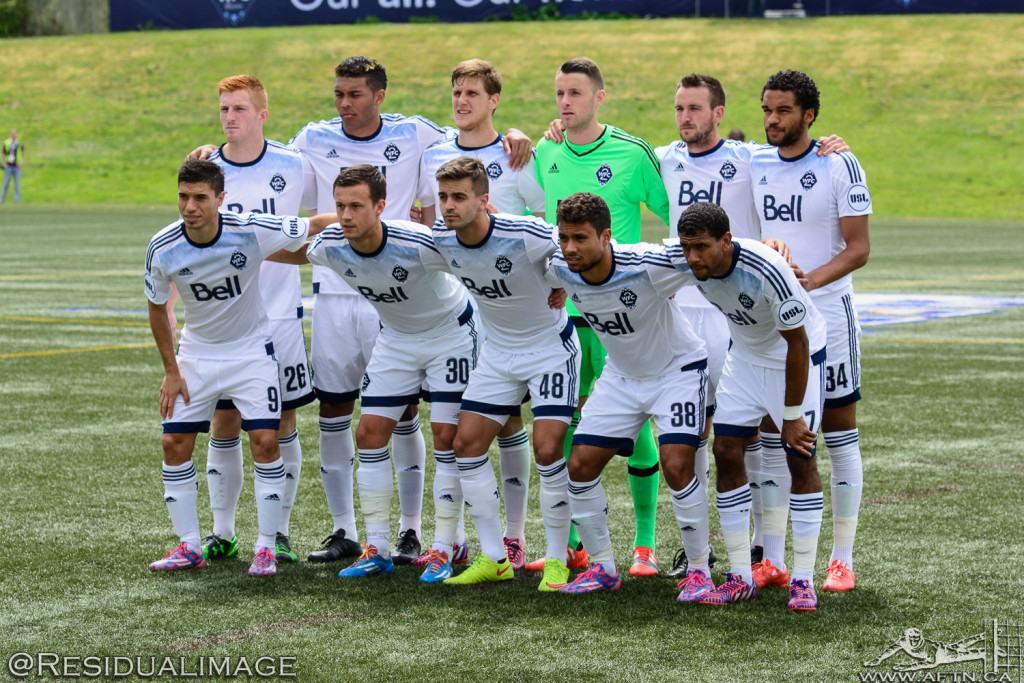 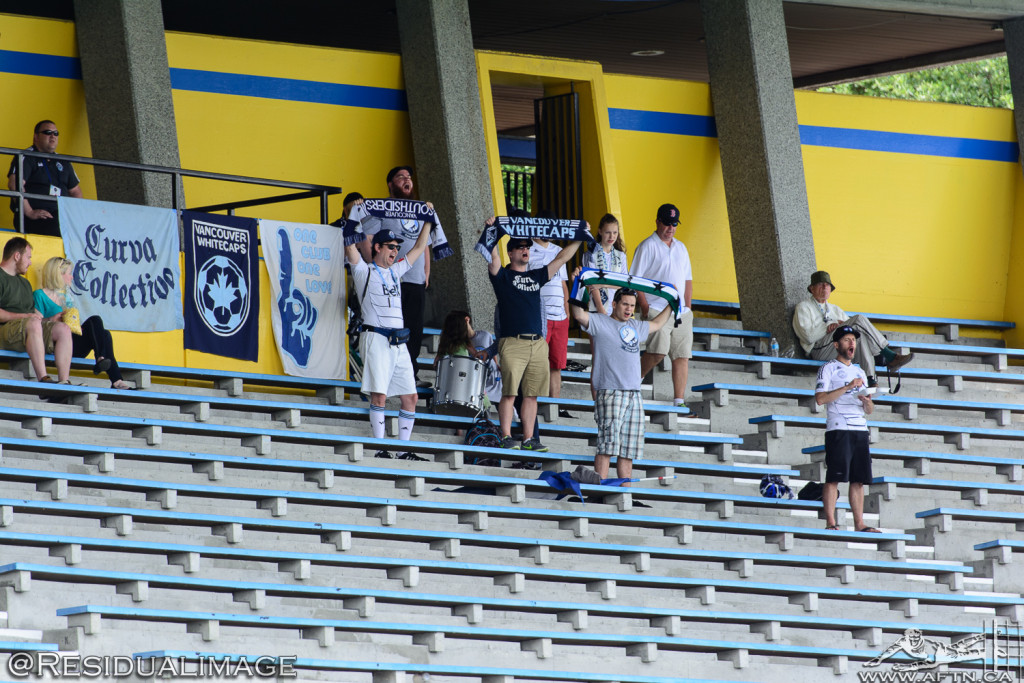 A small but loud supporters’ section for this one 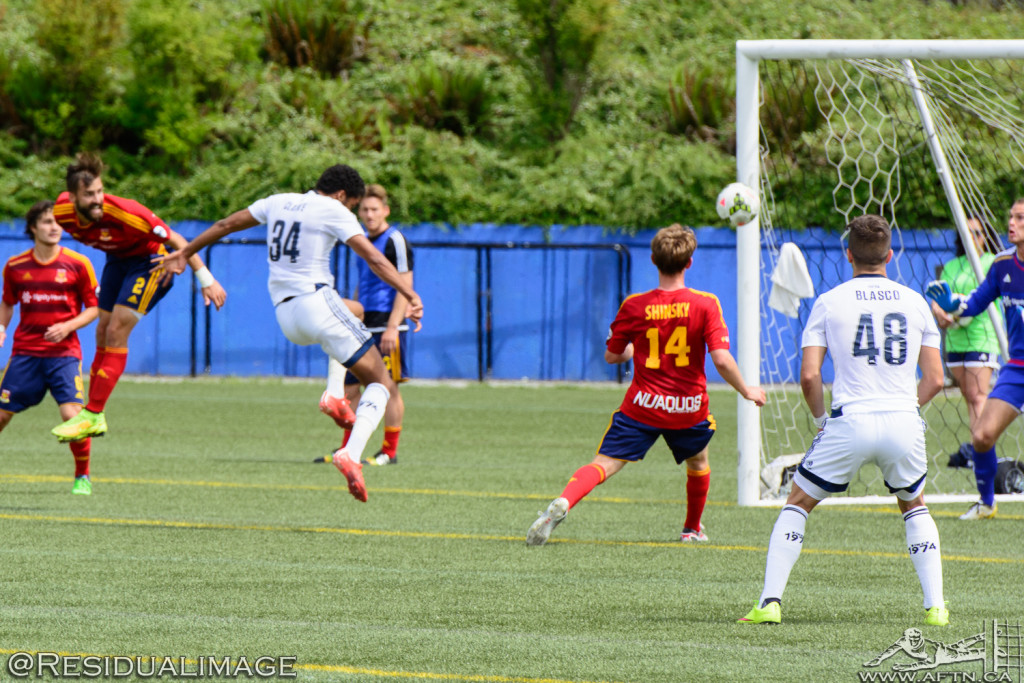 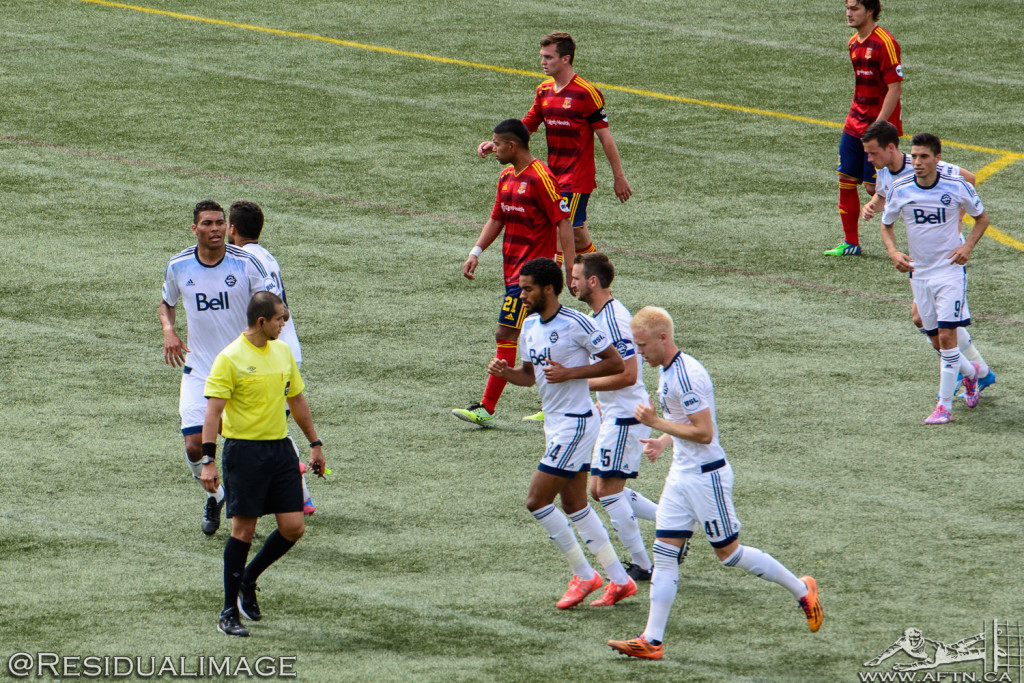 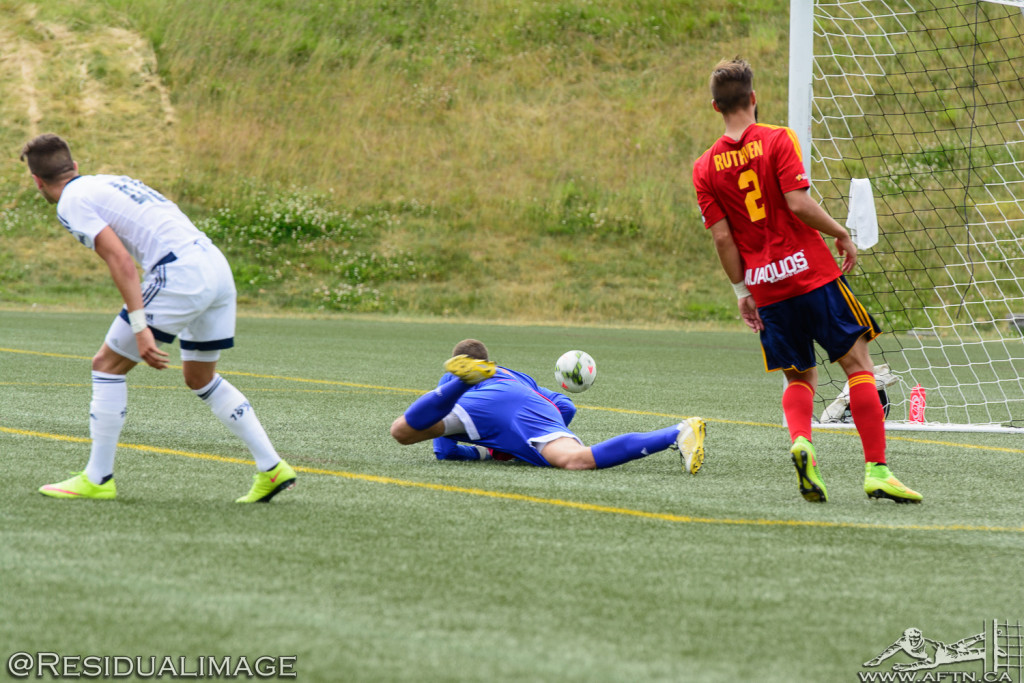 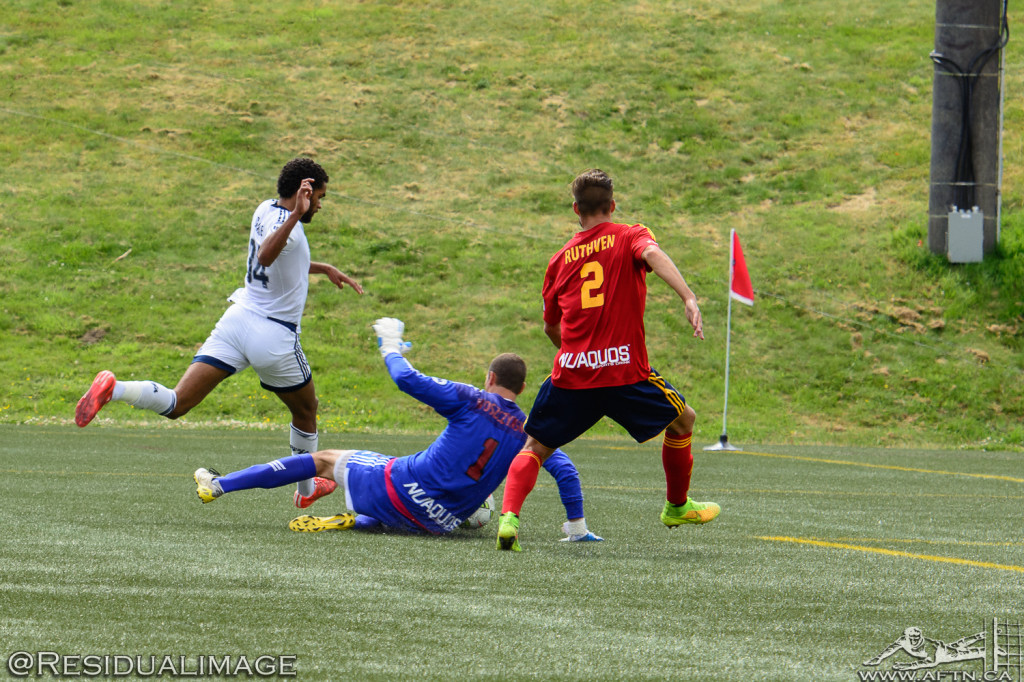 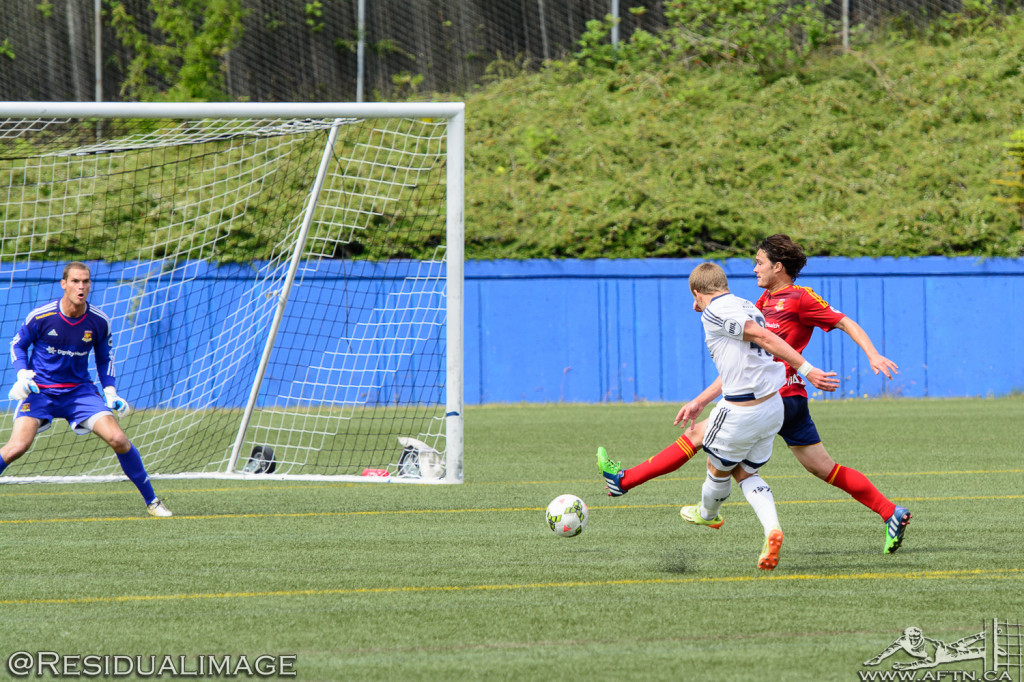 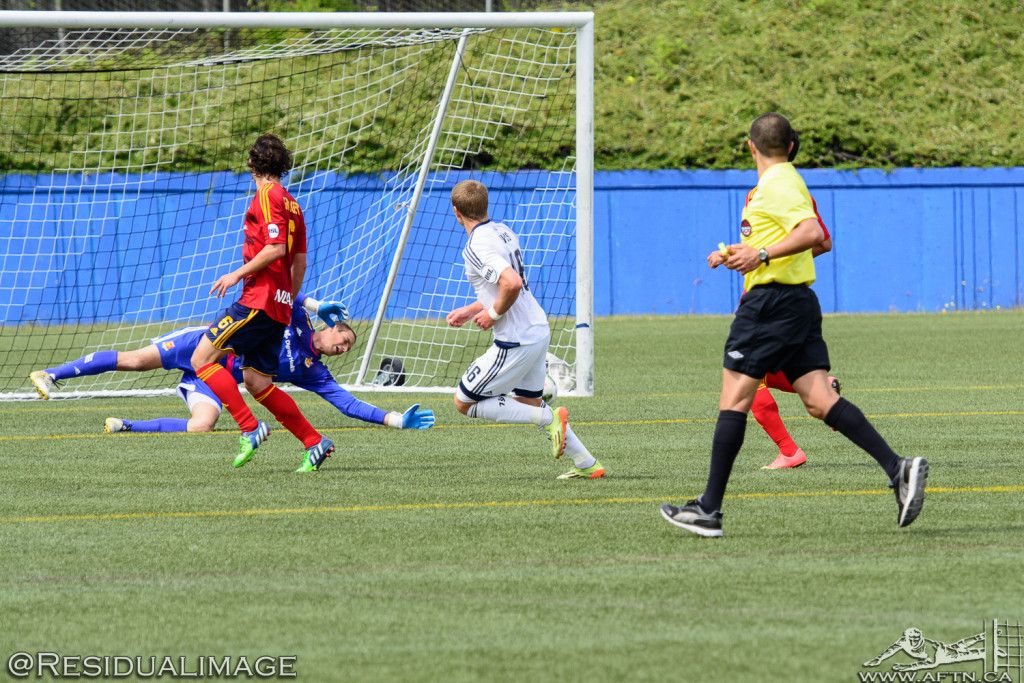 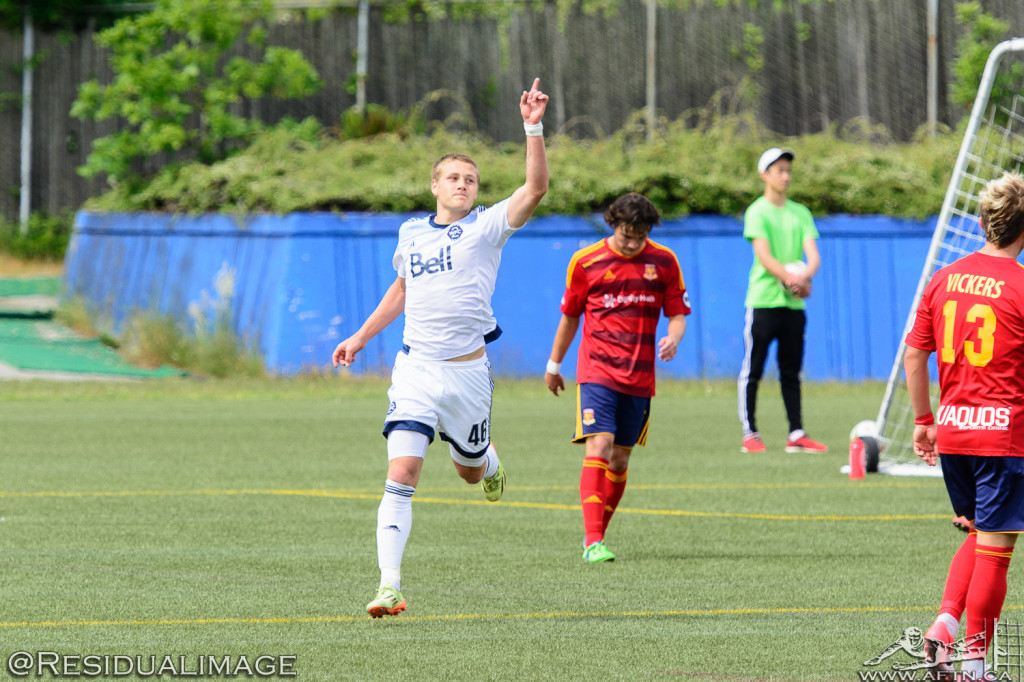 Much to his joy 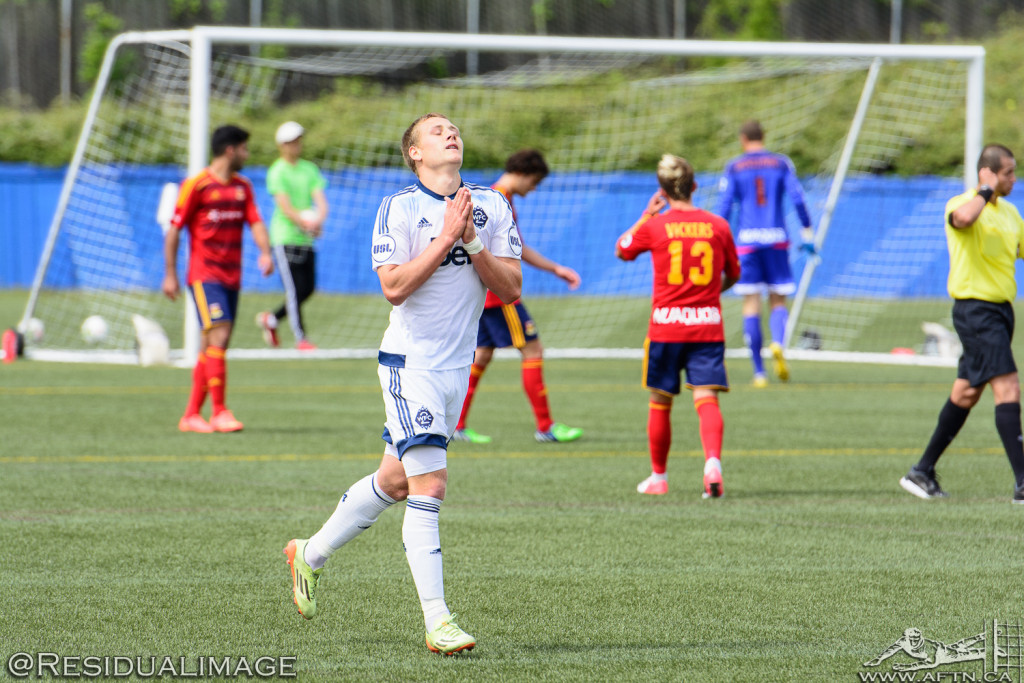 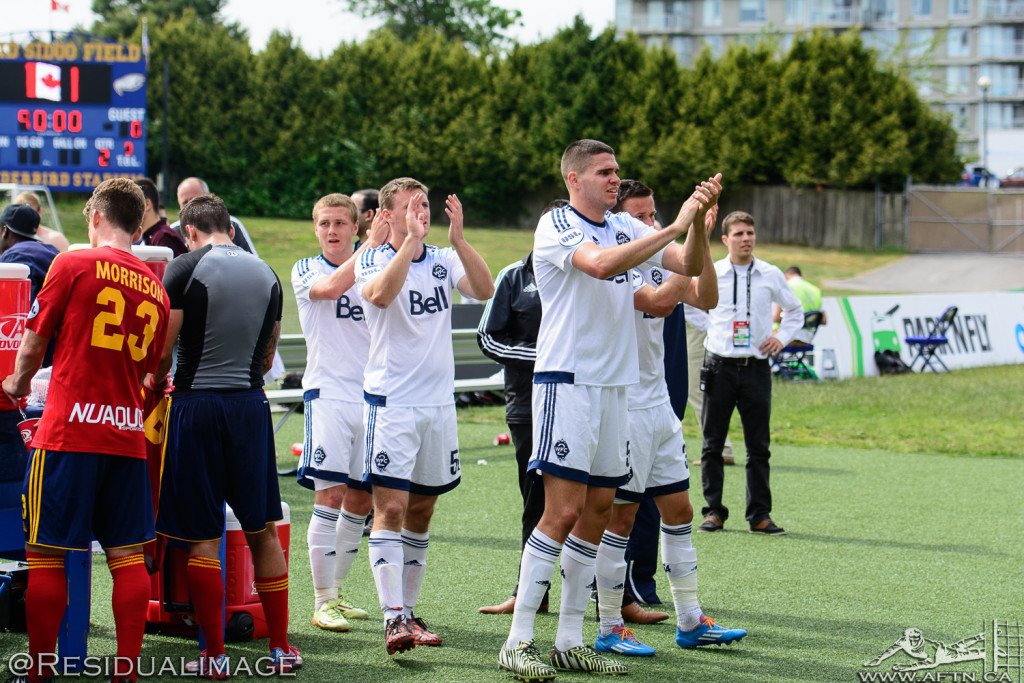 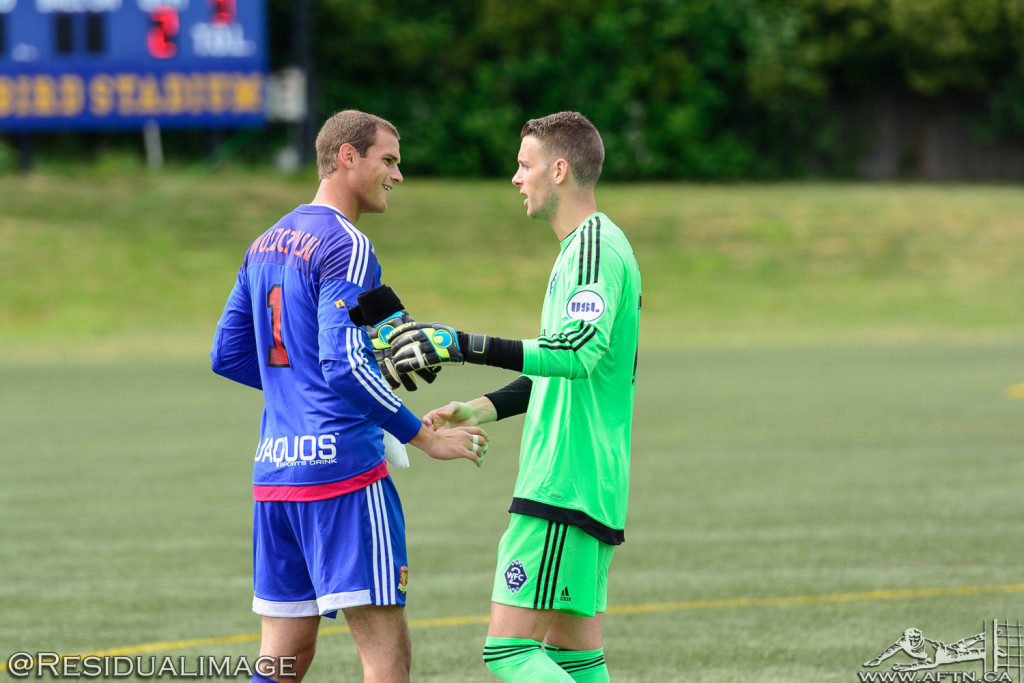 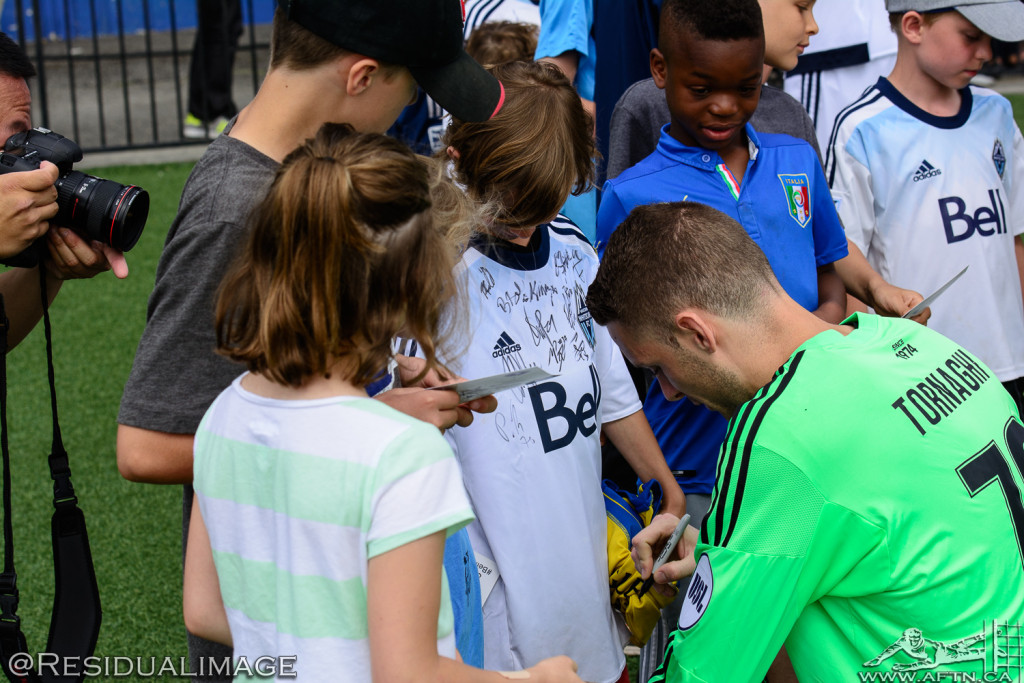 Paolo Tornaghi is in demand after his clean sheet 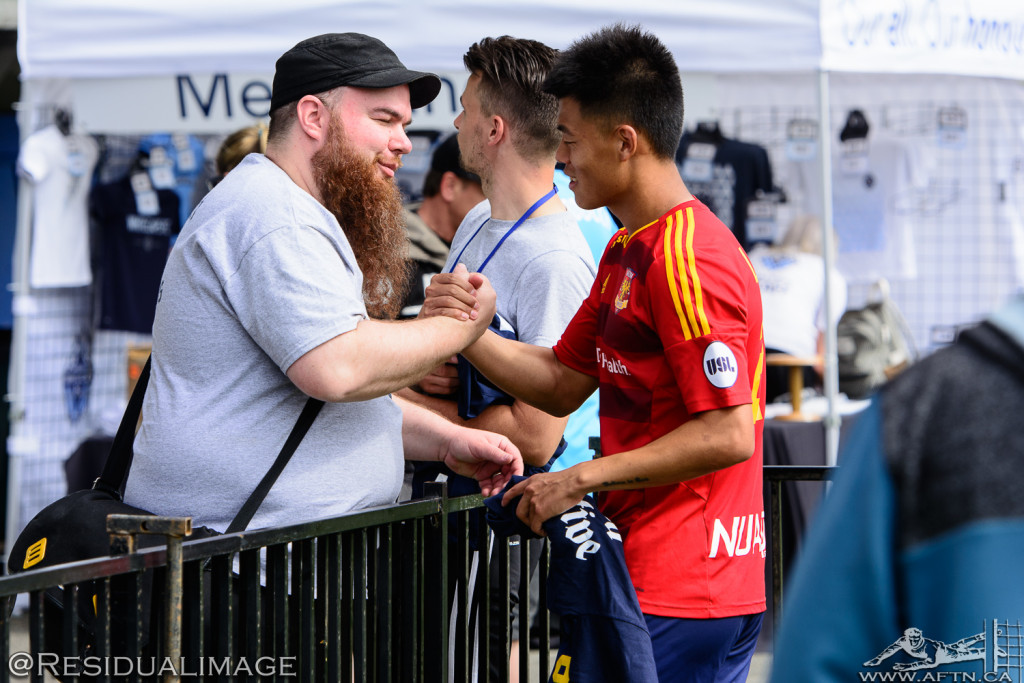 Former Whitecap, and Arizona striker, catches up with an old friend, AFTN contributor and Curva Collective’s Zachary Meisenheimer, after the game