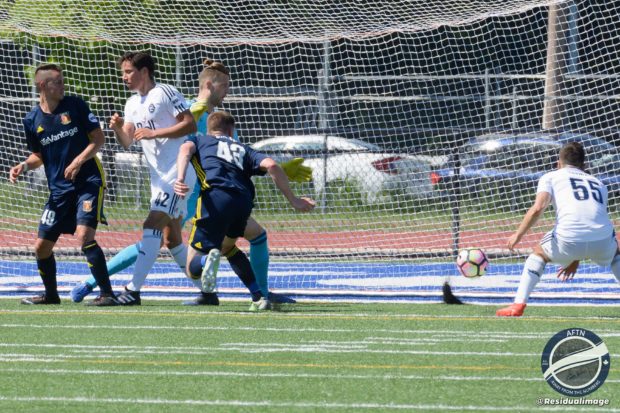 I don’t know what it is about Real Monarchs. but they seem to be proving to be an insurmountable obstacle for WFC2 at home these past two seasons.

It was the Monarchs that ended the ‘Caps 10 game unbeaten streak at the start of the last USL season and they headed to Langley on Sunday in excellent form, striking early to come away with a 2-1 victory and another three points from WFC2.

The young ‘Caps started slowly and were made to pay, quickly being bowled over by a more experienced Monarchs team. Taylor Peay opened the scoring six minutes in when he headed home a corner, and the visitors doubled their lead in the 22nd minute when Nick Besler headed home another corner.

It looked like the floodgates may open, with ‘Caps keeper Paolo Tornaghi forced to make a couple of saves, but WFC2 regrouped at the half, made some substitutions and looked a much different team for the second half, dominating play but without that killer instinct in front of goal to get them back into the game.

Terran Campbell grabbed his first professional goal, tucking away a cross from Residency call up Nicolas Apostol 12 minutes from time, but despite pushing hard and creating several good chances, there wasn’t to be a dramatic comeback and Real head back to Utah with all three points.

A season best crowd of 1,131 headed out to McLeod Stadium in Langley on a sweltering afternoon, which was also the first ever ‘Mutts at McLeod’ dogfest. We’ll have separate photos from that aspect of the day later. 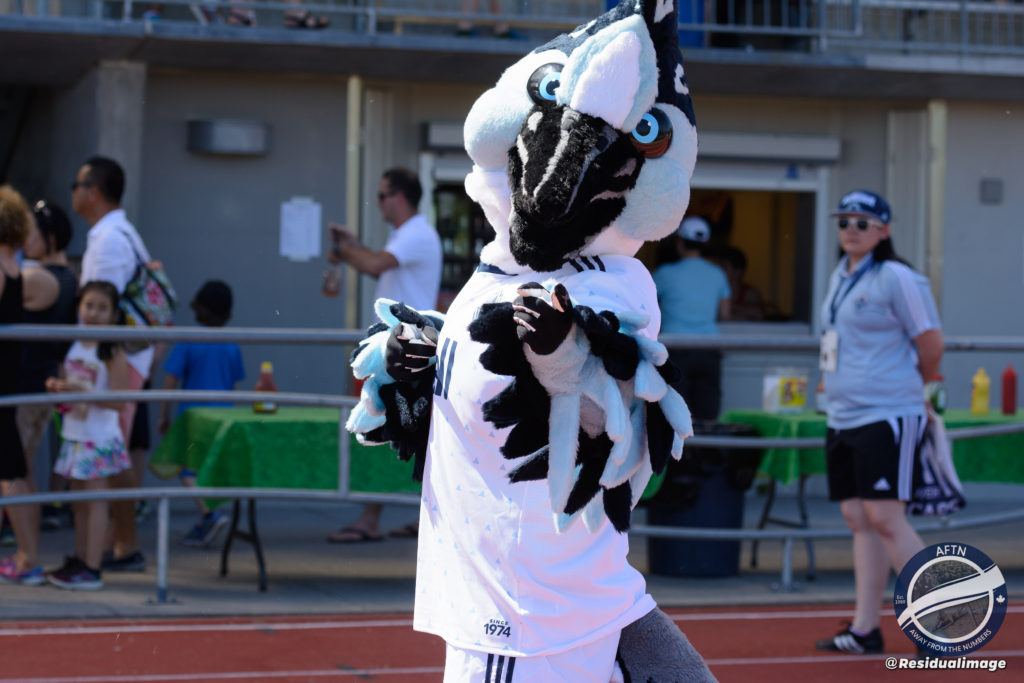 If you thought being a mascot was a glamorous job, spare a thought for having to do it for two hours in a hot costume in temperatures of over 100F. Spike survived. But the smell of KFC lingered for a while. 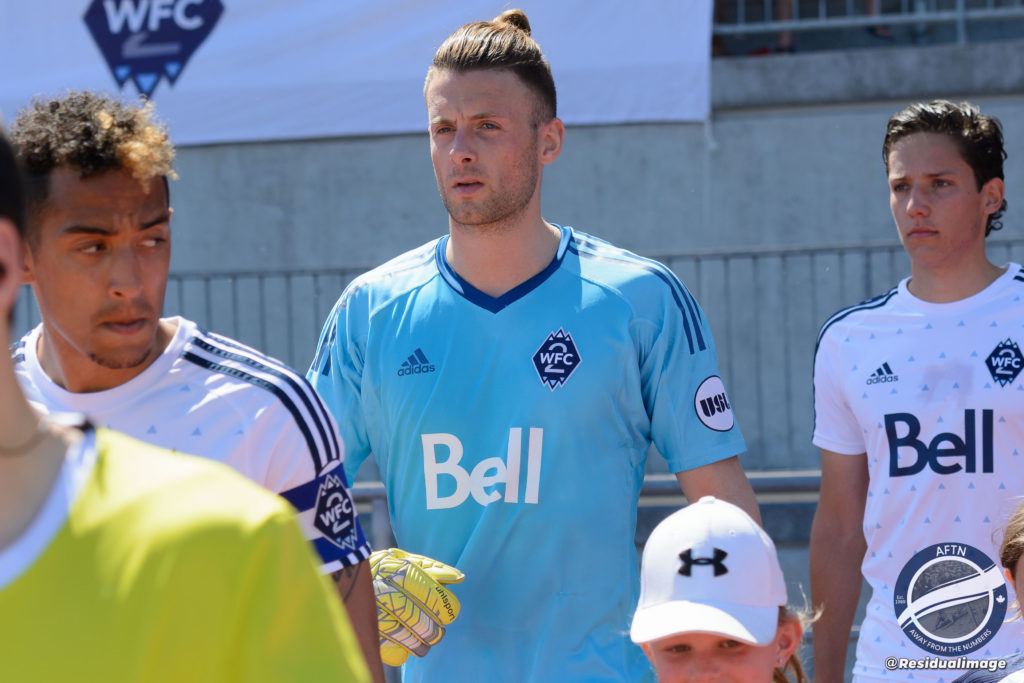 Will Seymore captained the team and there was even a rare Paolo Tornaghi playing enquiry. 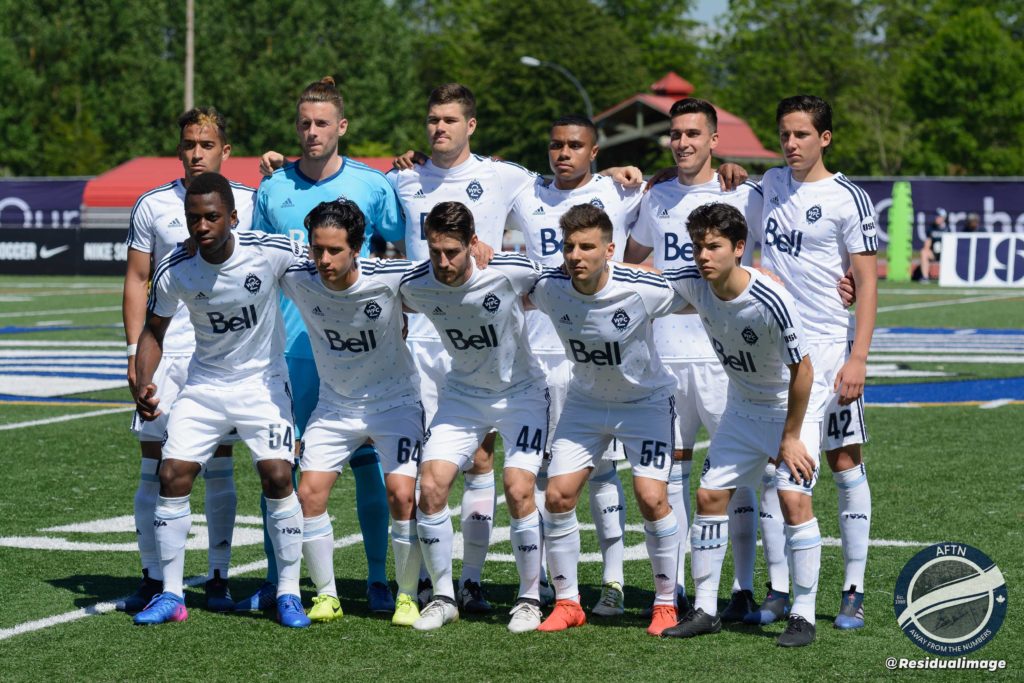 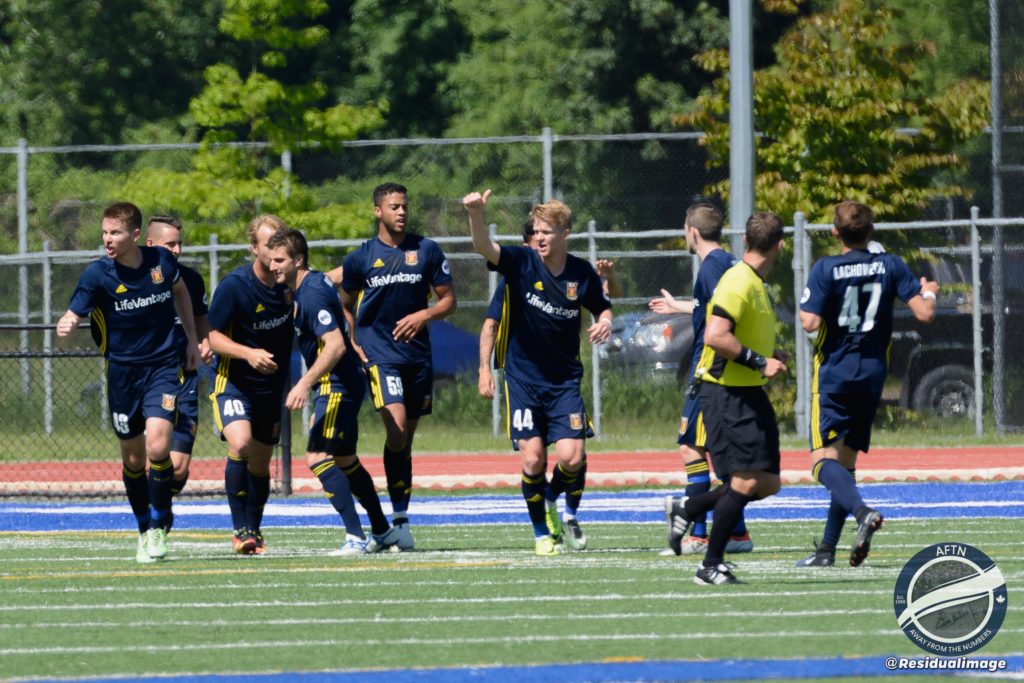 It didn’t take long for Tornaghi to be tested and he couldn’t get to the ball from a corner, allowing Taylor Peay to head hope the opener six minutes in 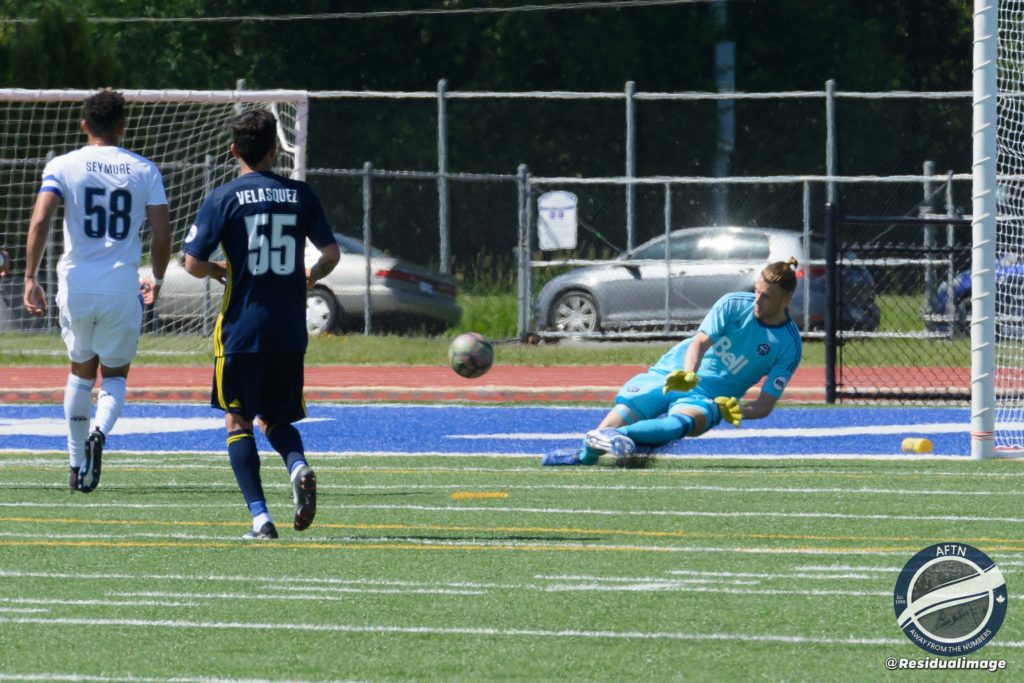 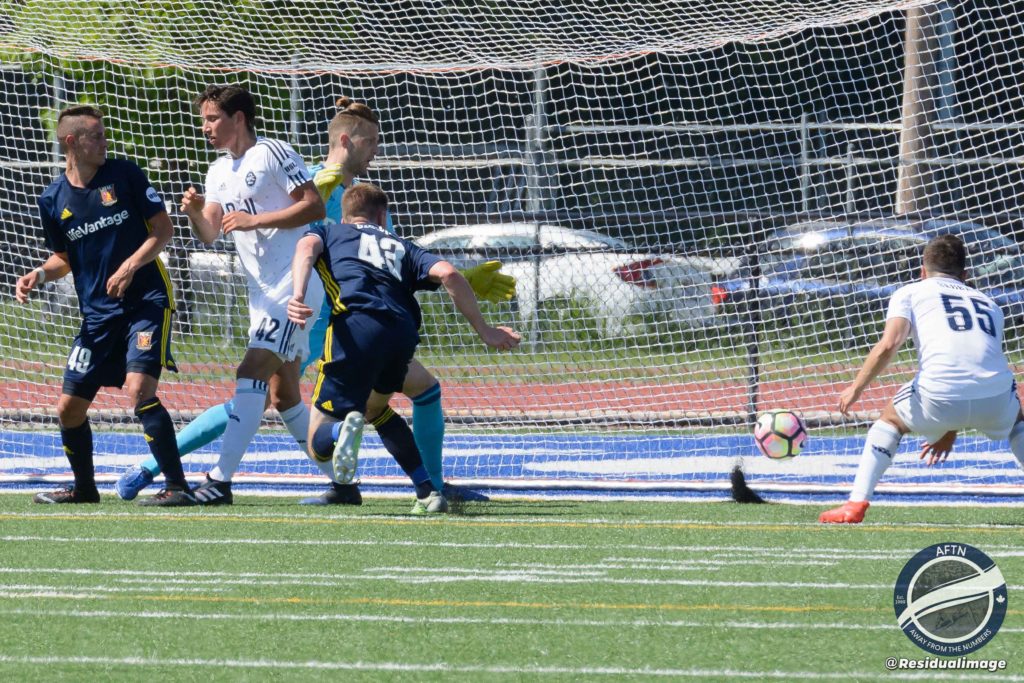 But it wasn’t long before it was two, and again it was from a corner, with Nick Besler heading home from Charlie Adams 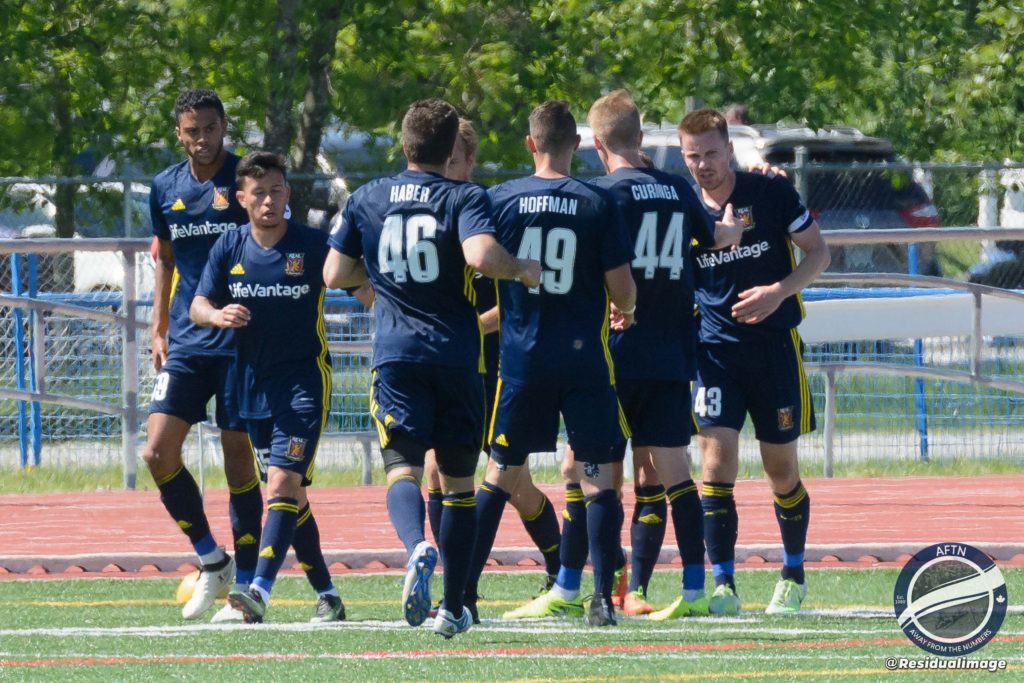 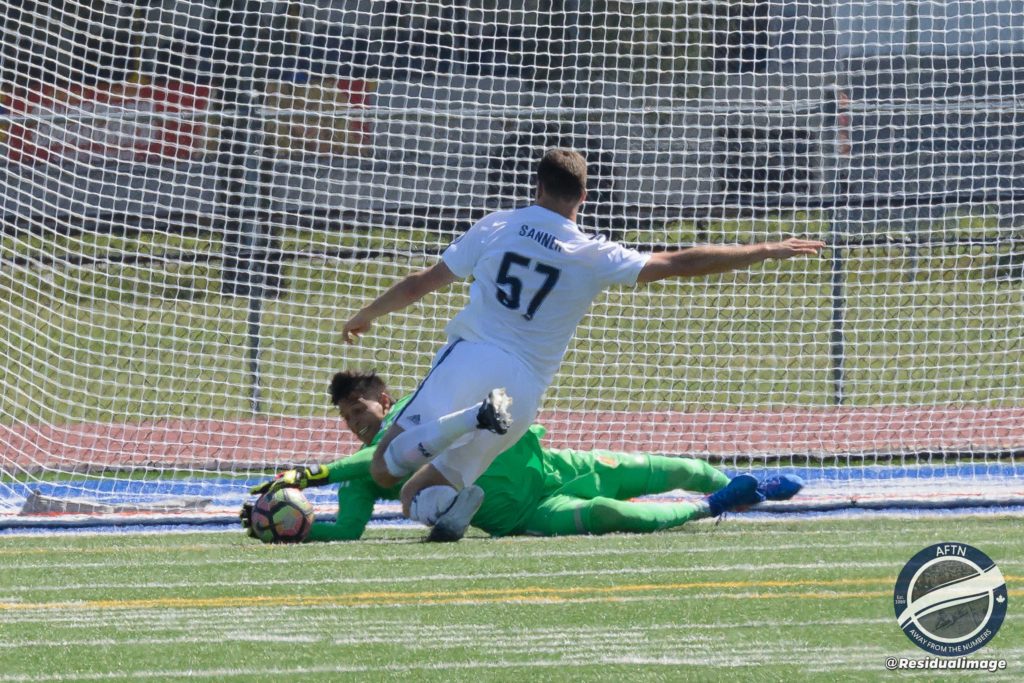 The ‘Caps pushed hard for a goal that would get them back into the game and Thomas Sanner was putting himself about, sliding in on Monarchs keeper Lalo Fernandez 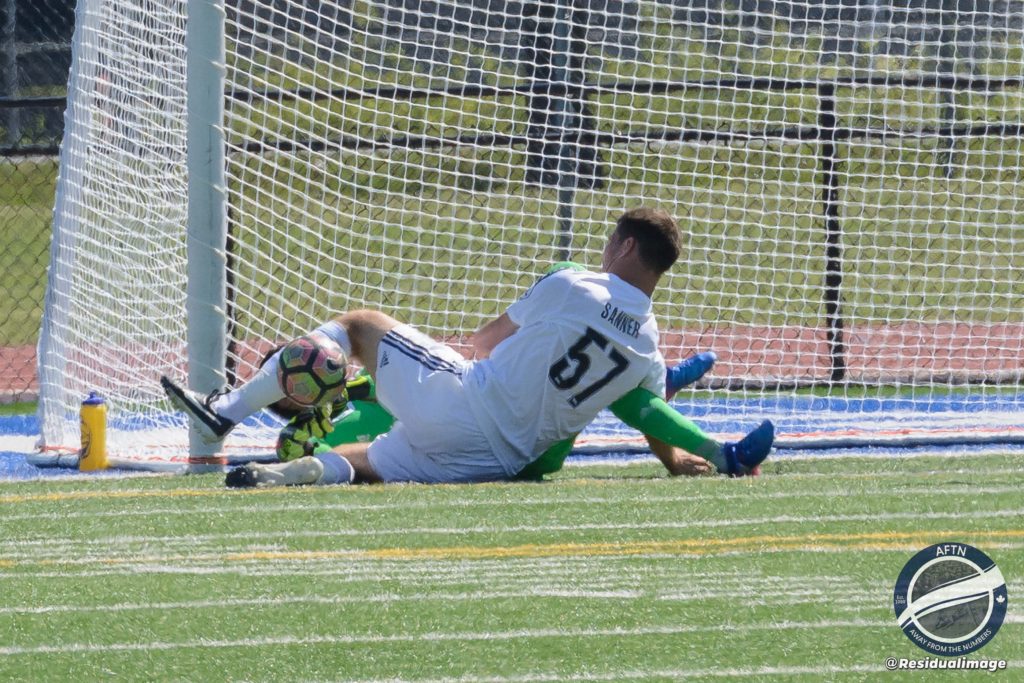 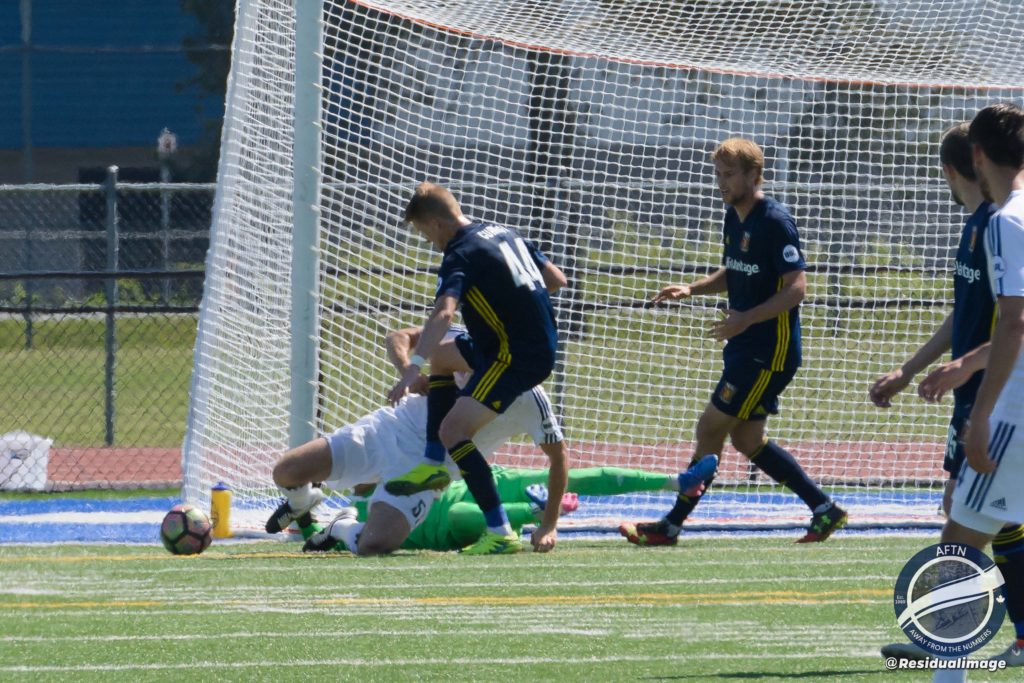 But earning the wrath and a kick in the groin from Real, which went unpunished but the keeper and Sanner got bookings 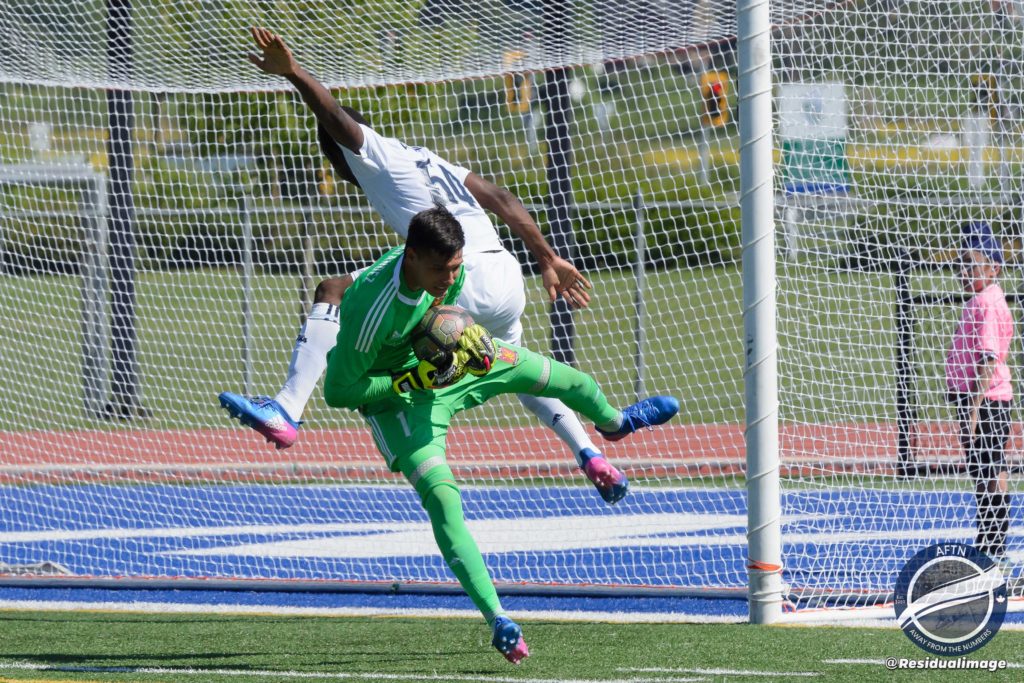 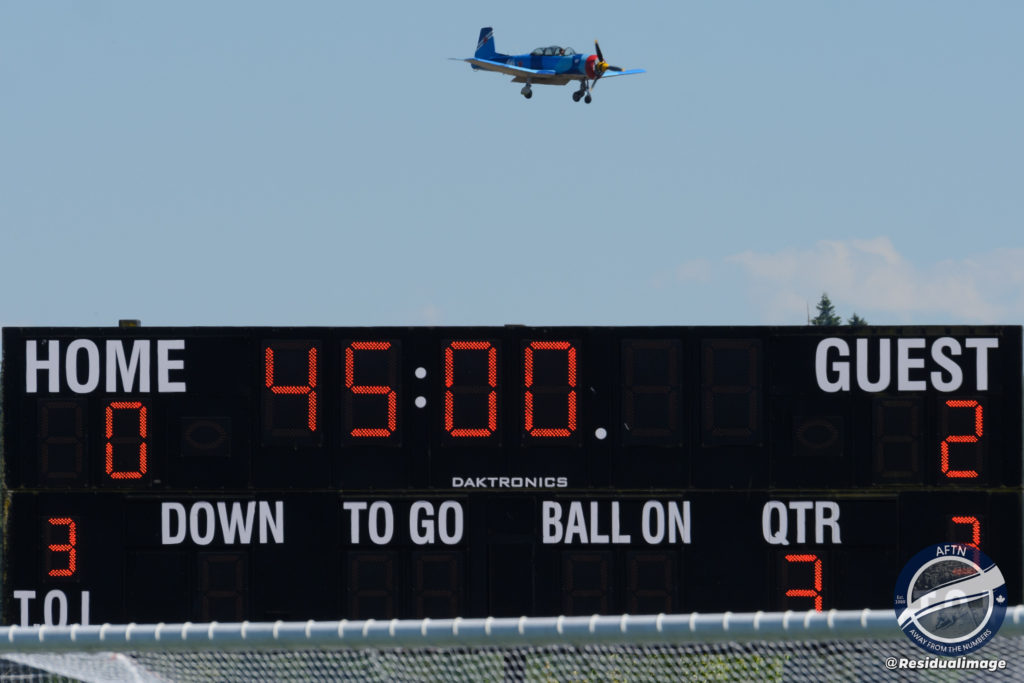 Half time came with no further goals, and the ‘Caps needed something drastic to lift them up, up, and away 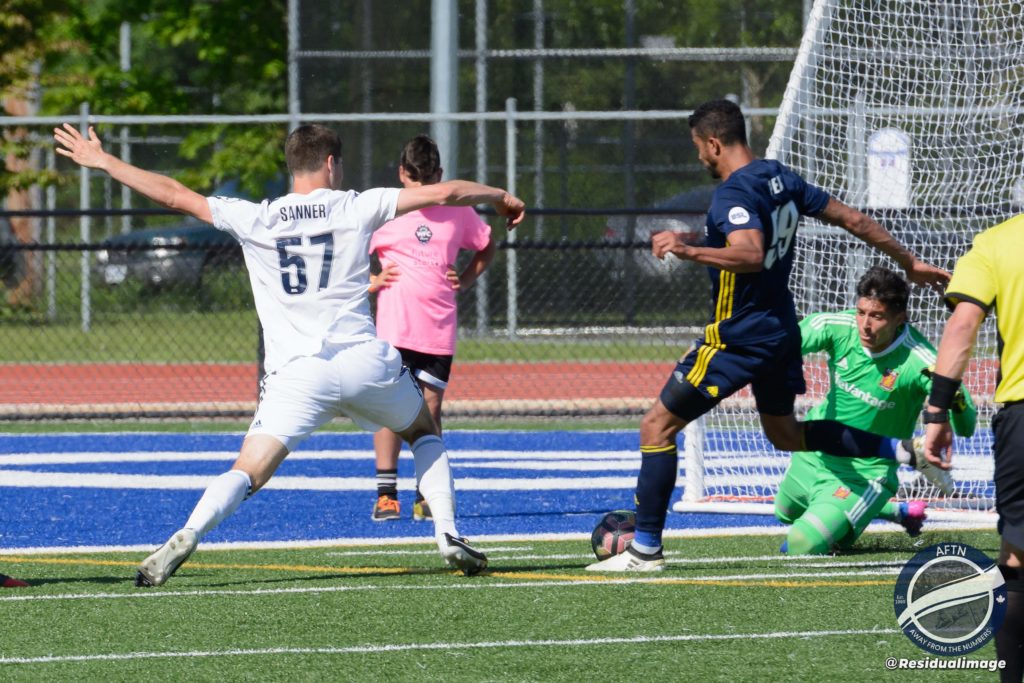 Sanner kept up his tussle with Fernandez in the second half 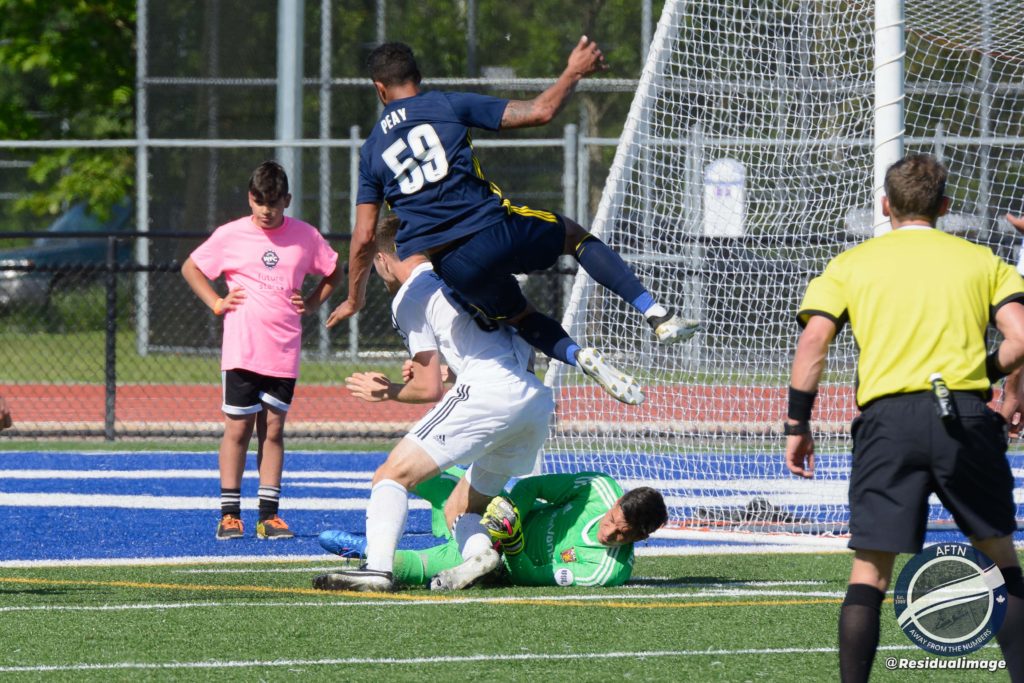 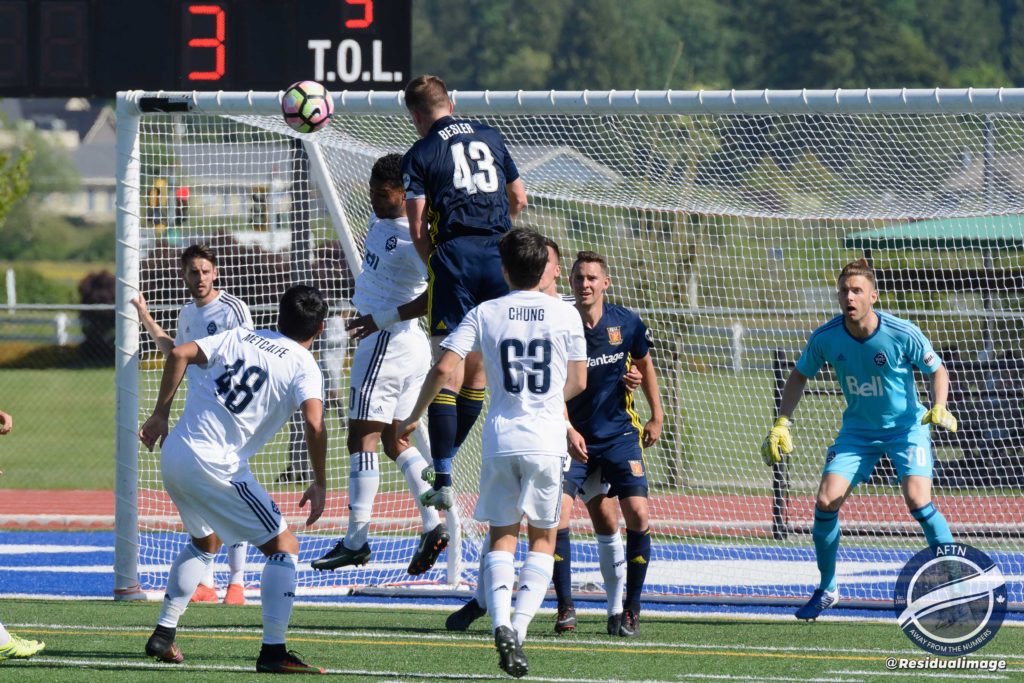 But Real were still proving they were dangerous on the counter, and Besler came close to adding his second and finally killing off the match 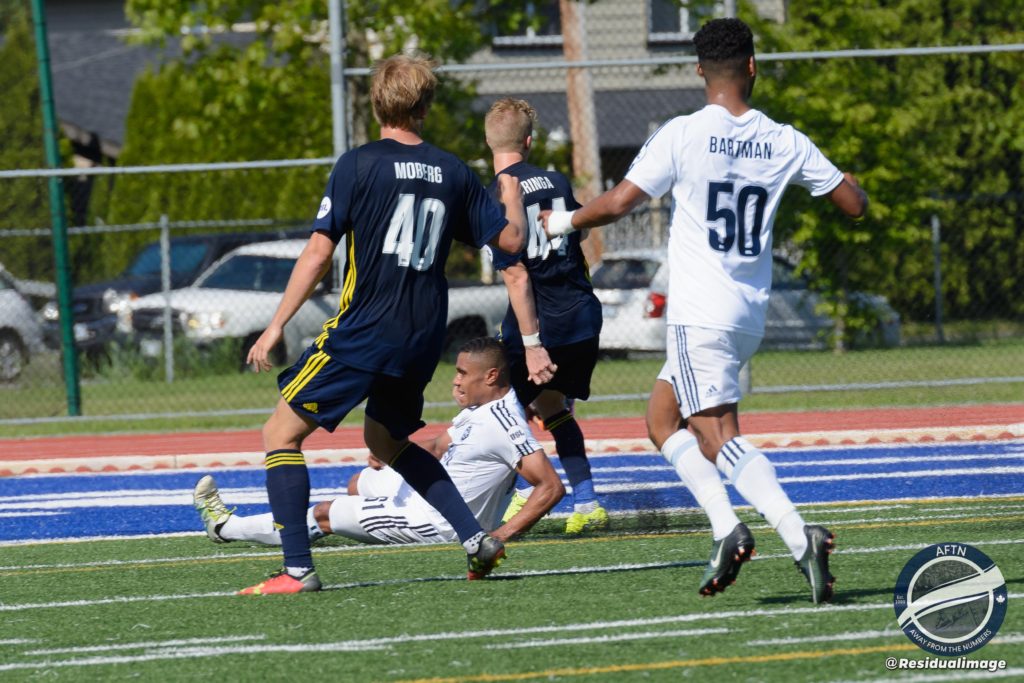 Vancouver finally found the scoresheet and their groove int he 78th minute, with Terran Campbell tucking away a great cross from Residency call-up Nicolas Apostal to make it 2-1 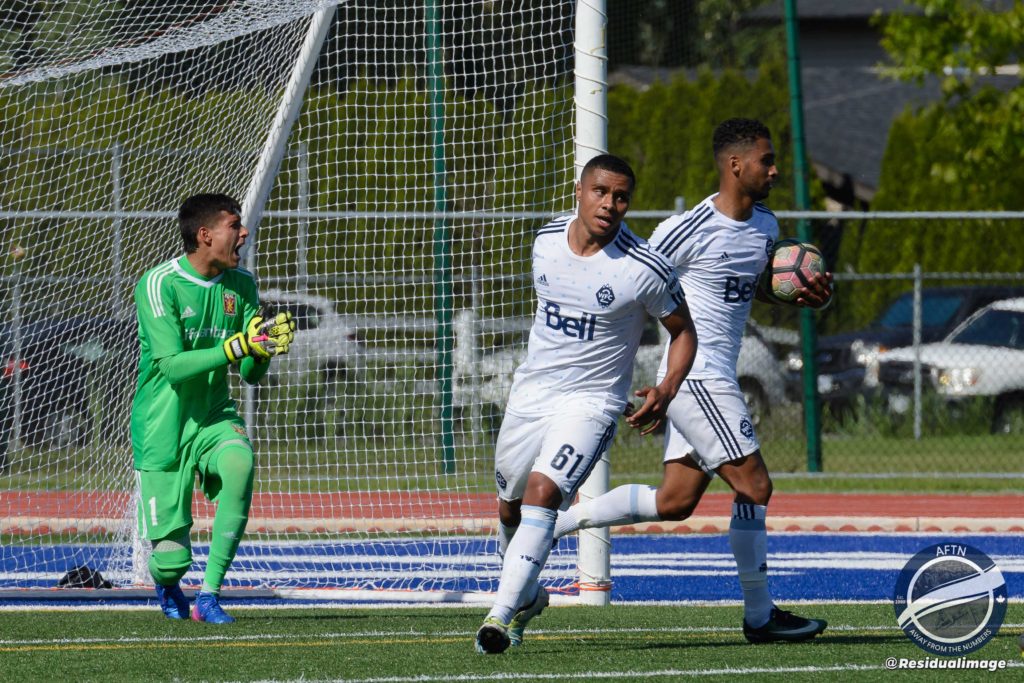 WFC2 were in urgency mode and chased the equaliser, creating several half chances to tie things up 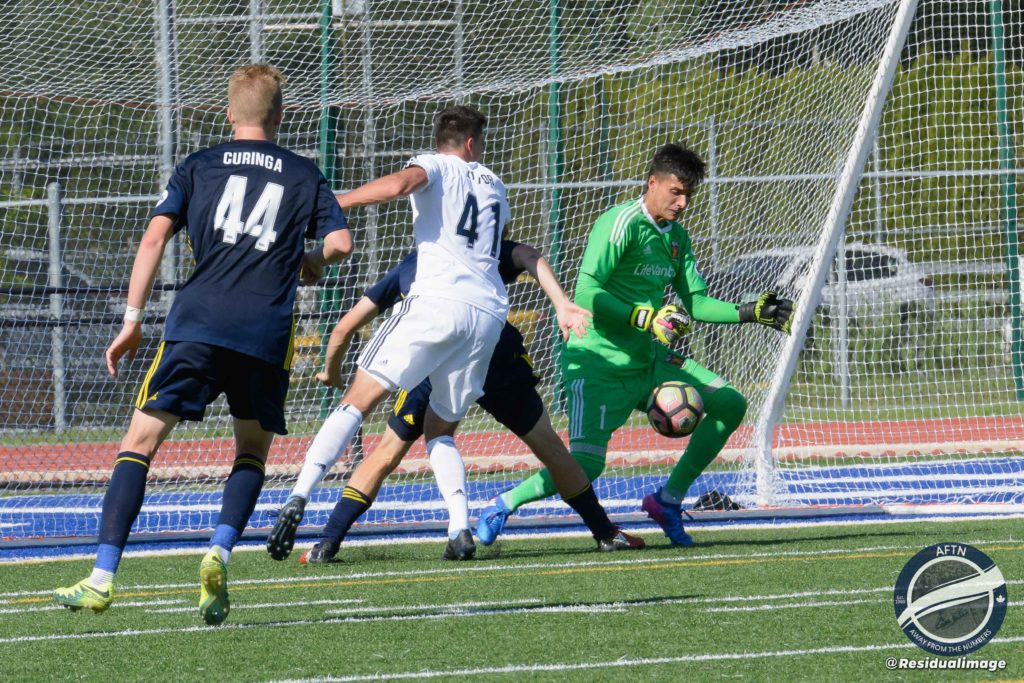 But no-one could find a second way past Fernandez in the visiting goal.