It’s been an interesting, and busy, close season so far, with a constant stream of news to report on since the Caps kicked their last ball in anger a month ago.

Today’s “Whitecaps Football Shorts” brings you some snippets discussing the MLS Expansion Draft, showing you that Mustapha Jarju can score in a Whitecaps jersey and looks ahead to how the Whitecaps are hoping to bloom in Orlando… 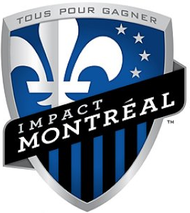 The list won’t raise too many eyebrows and sees the following players saved from a potential life of poutine and scummyness:

Most people, ourselves included, would have pinpointed at least ten of these players as being the core that the Caps will hope to build on or trade with as we prepare for the 2012 MLS season.

AFTN had ten definites, with Jay Nolly and Shea Salinas battling it out for the last spot.

Shea won, as the Caps decided not to protect either of their two main goalkeepers.

Montreal have ten draft picks and can only select one player for a team, so there’s no way we could lose both of the goalies anyway.

I still don’t think that Montreal will actually want to pick any of our guys, and will surely want to focus on players from winning teams.

Jay Nolly though could be an outside shot at one of their picks, as they know his history and his capabilities from our D2 days, and may look at him as a steady back up.

Kiwi central defender Michael Boxall could be another possible target, if the Impact aren’t too fussy about filling one of their international spots with him.

The headline making news, I guess, is the fact that DP Mustapha Jarju has been left unprotected.

Let’s be honest here though. With his record in MLS and the salary he commands, this is like the Whitecaps having a free 12th protection pick, as there’s no way that Montreal, or any other MLS side for that matter, would currently touch him with a barge pole.

We can still dream though that the Caps have traded away an international spot and some draft picks if Montreal do us a favour and take him off our hands.

The designated player hasn’t exactly set the heather alight since signing for the Caps. No goals in 10 games and 450 MLS minutes, whilst finishing the season getting splinters up his ass from the bench, isn’t exactly the find of the century.

But before we all pile on to Mustapha some more, we should reflect that he did bang the goals in over in Belgium and believe it or not, he has actually scored a competitive goal for the Whitecaps this year.

Ok it was down in Portland in the Reserve game on August 21st, but hey, it was still a goal and showed that he does have the skills to succeed in this league, even though he is clearly struggling to show that just now for the first team.

Is he a busted flush? Does he still have potential and Rennie will get it out of him?

Let’s see if this free kick (which is slightly missing the start) changes your mind any. If nothing else, if he doesn’t play another game for the Whitecaps, at least we have video evidence of him scoring in a Whitecaps jersey. The Loch Ness Monster of the MLS…

Many fans around MLS branded the Caps as something of a “Mickey Mouse” outfit last season.

In an effort to shake that tag, the Whitecaps pre-season preparation will now include a tournament in Disney World in Orlando in February.

The eight team tournament is being put on by Disney Sports (yeah, we’d never heard of them either) will feature the Caps alongside our Canadian rivals of Toronto FC and Montreal Impact, fellow MLSers FC Dallas, Houston Dynamo and Kansas City, BK Hacken from Sweden and local Franchise FC side Orlando City.

The Caps are drawn in Pool 1 and will play Montreal on February 24th, Houston two days later, and finish up their group games against Kansas City on February 29th.

This will be the third year of the tournament, with Dallas winning it in 2011 and New York winning the inaugural competition in 2010.

It should be a good pre season build up for the Caps and hopefully we’ll also see another Cascadia Summit to follow this tournament.

I’m pretty excited by the whole thing and AFTN plans to be there for the nine days.

Any excuse to go and see Harry Potter’s Wizarding World!