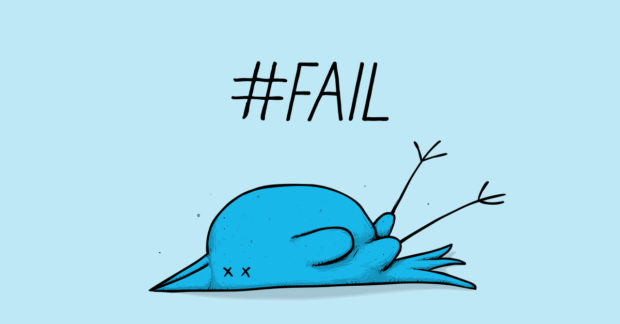 I love Twitter. I spend far, far too many hours of my life on it and just lose mornings and nights when I’m meant to be doing far more productive things like writing stuff for on here or editing audio for the radio show and podcasts, but I still love it.

It’s not for everyone, we know that (nod to Robbo there), but for me, it’s great entertainment and a great place to chat with like minded people. But it’s also brutally unforgiving if you do something stupid or pull a covfefe, as the ‘Caps official Twitter account found out on Thursday night after they put this out there.

The responses to it were absolutely brutal, as you can see, with even one-time striking target Kei Kamara getting in on the act.

These are the same folks who decided to market the whole "rain" thing for the ONLY MLS team to play with a roof when it rains.

Next week they'll do a promo with all the goals the Caps have conceded so far. In 60 seconds.

Why the fuck are you promoting the opposition ? Jesus H

I think it's finally time to hand your marketing over to the infinite monkey theorem. Can only get better.

sorry folks but this is rubbish. Tell me about our boys. Don't disrespect them by talking about how great the other team is

Wow. You guys are amazing. And not in a good way.

Guys, have some pride

Whitecaps social media staff is on glue. You guys turn this club into a softer product than it should be. Get a clue and get some bite

The hell is wrong with you

We gave up the seasons tix because of this crap.Overpriced tix for the committed,& then advertising other teams to sell tix to the fickle

This may be the dumbest tweet ever from this club. Who gives a fuck about the opponent?

COME SEE THESE GUYS SCORE ON US!

How I read this. Honestly SMH at whoever thinks of this "marketing"

Sorry, I thought this was the Whitecaps' twitter, not ATL's.

This is disgusting. How dare you? Whoever wrote this should have to apologize to each team member face to face.

Your lack of ambition is showing. Please sell the team to people who want to win and know what it means to be a football club.

Boy, it'd be nice for the Caps to have some players of their own to get excited about and not just market other team's good players. https://t.co/YtasPuFxab

This is trash but the comments are 👌 #VWFC https://t.co/inNF0I2eOg

There’s more, but I’m sure you pretty much get the gist by now!

Promoting how dangerous the opposition is in a build up to a game truly baffles me. Using it to sell tickets even more. I showed the tweet to my wife, who has no interest in or knowledge of football. I didn’t give her any context and just asked her what she took it to be saying. Her response – “the team that’s coming to play the Whitecaps is going to score a lot of goals against them”.

Great confidence builder for the guys! Atlanta are the joint highest scoring team in all of MLS, with 27 goals (Houston tied them in that regard with their midweek goal blitz). That’s not something to be shouting about until after the match if you’ve shut them out.

Now I don’t know who was behind the tweet (a number of people operate the ‘Caps twitter account). Was it the ticketing department to drive up sales? It’s a game against new Eastern opposition that the casual fan won’t know a lot about, in a match that kind of clashes with the Champions League final. It’s probably not going to be a sell out. Was it the marketing department, to drive up ticket sales? Was it both? Does it matter?

To many, the people they’re targeting (ie: the casual fan that doesn’t have tickets yet), probably not. But I’m also not sure it’s going to encourage them to come out and watch the hometown team possibly get destroyed.

Some will think the responses are a gross overreaction. To the current fanbase, it’s at best misjudged, but at worst, another example of people within the Whitecaps front office simply not understanding football supporters and the game.

We’re a strange breed, with different tipping points that will set us off and push our buttons. The tweet responses above show just how badly the ‘Caps misread the room. And it’s not the first time, which is the biggest concern. Part of the problem is you have people who view things from a marketing or sales perspective first, not a footballing one. People who don’t truly understand the game and the people in the stands supporting it.

I genuinely can’t remember seeing a tweet from a team bigging up their next competitive opponents in such a manner. If you know of some, send them along for us to see in the comments. As someone said above, where’s the video showing David Ousted standing on his head to keep the ball out of his net? Or showing the ‘Caps 15 goals from this season?

Well, sometimes you've just got to admit that you've had a #covfeve https://t.co/iqgvDY2ed4

They still left the original tweet up of course. After all, it does have that all important ticket sales link.