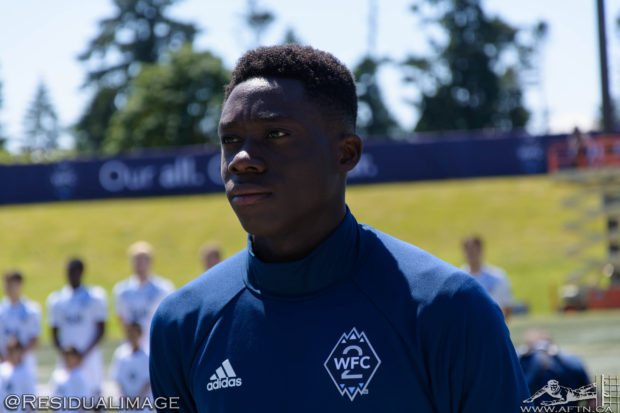 The development of young players. That’s been the hot topic around MLS after the mega transfer of Alphonso Davies to Bayern Munich last week.

After all the Davies hoopla, every MLS club is now eager to produce their own homegrown talent to sell on to some European giant. Owners are no doubt salivating at the thought of the riches and publicity it would provide them, but someone should probably tell them that Davies is a special talent. Arguably a once in a generation type of player, but certainly not the type that are ten a penny, otherwise Canada would be World Cup winners by now.

That said, there is a lot of fantastic domestic talent out there across North America. There are a number of clubs around the league who are producing a pure pathway from minutes in the academy to minutes in the USL to minutes in the MLS first team. FC Dallas and New York Red Bulls have certainly led the way in recent seasons.

The Whitecaps have been patchy when it comes to actual playing time, but at least the commitment to promote their top Residency graduates remains, with the recent signings of Theo Bair, Michael Baldisimo, and Simon Colyn to first team contracts emphasizing that.

“We’ve recently signed more of our Homegrown players to contracts,” Whitecaps COO Rachel Lewis told reporters at last week’s post Davies transfer press conference. “It’s a huge opportunity for them now to try and step up and be the guys fighting for that position and say I want that spot.”

The Whitecaps currently have eight Homegrowns signed to the first team, including Marco Bustos, who is currently on loan in Mexico. Only two of them, Russell Teibert and Davies, have seen MLS minutes so far this season, with the latter the only one who can really be described as a first choice starter.

Of the rest, David Norman Jr saw 71 minutes of action in the first leg of the Whitecaps’ Canadian Championship semi-final in Montreal, while goalkeeper Sean Melvin came on at half time in yesterday’s MLS Homegrown game against Tigres U20s in Atlanta.

That was Melvin’s first competitive minutes of the season, after failing to see any playing time when initially loaned to USL newcomers Fresno FC at the start of the season. Not an ideal way to prepare for such an outing. 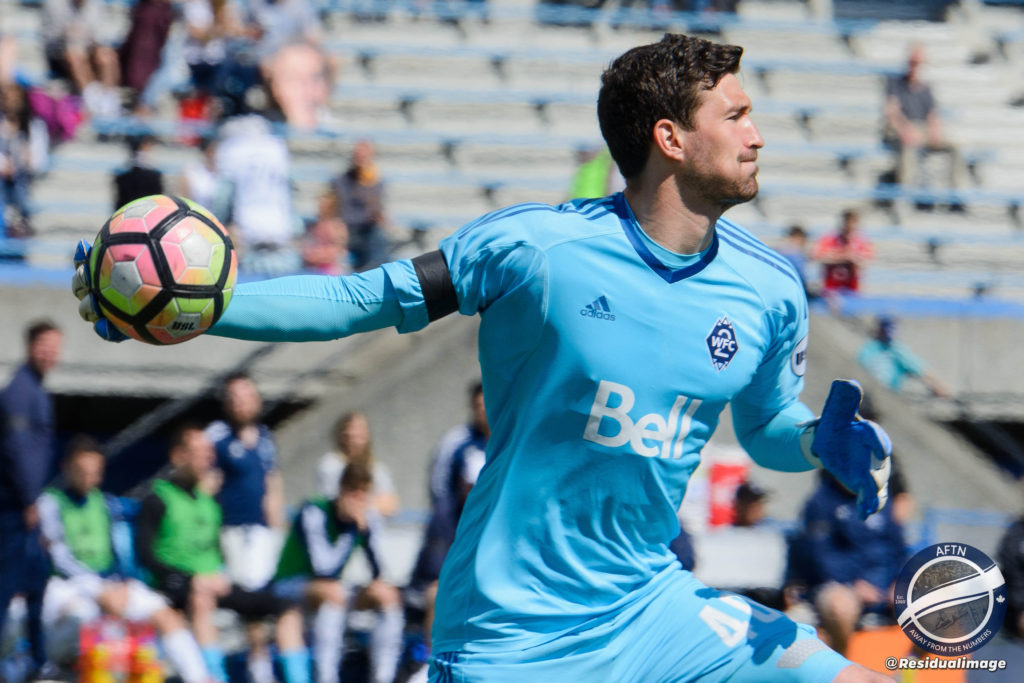 When you look at the overall playing time of the Whitecaps Homegrowns, instead of highlighting the talent side of the ‘Caps Residency graduates, it just highlights the massive missing link that now once again exists from the academy to the first team.

After shutting down WFC2 at the end of last season, the chance to get meaningful developmental minutes has diminished so much for Whitecaps players that it is basically non-existent.

The USL affiliation with Fresno has been an absolute bust.

The ‘Caps sent four players down there at the start of the season. Melvin didn’t see playing time and came back home to sign a MLS deal, which still hasn’t afforded him playing time, but at least he’s in the first team environment under the coaching of Stewart Kerr.

Matthew Baldisimo, a former WFC2 regular, made one USL start but that’s been it, and I believe he’ll be heading back to Vancouver sooner rather than later. Terran Campbell, another former WFC2 regular, has made five substitute USL appearances so far this season, totaling 43 minutes. Recent Residency graduate Noah Verhoeven has fared the best, making 17 USL appearances, 11 of them starts, and playing 916 minutes.

So the big question now moving forward is if the Whitecaps are truly serious about being a club that develops its own talent as opposed to buying it in, how do they go about fixing that problem? How do these players and the large group of talented ones coming through, get the crucial development minutes they need to get to that next level that the club wants and to become contributing first team players?

Re-establishing the Whitecaps USL side is the obvious answer, but league regulations around stadium requirements and the cost of running the team mean that this is not going to be an option they’re going to consider any time soon. So the ‘Caps have decided to get creative and set up their own, new development team (as we first revealed in Episode 17 of the AFTN ‘Extra’ Podcast in June].

“We actually have plans,” Whitecaps President Bobby Lenarduzzi said last week. “We’re looking at a team inbetween the youth team [and first team], a development squad that will play regular games. That’s in the works as we speak because we do know that these players need games.”

Plans for this squad have been ongoing for several months now, and as we’ve talked about in recent episodes of the radio show, the team is set to play matches against local university sides, both here in Canada and in the US, along with planned tours to play similar developmental teams in Mexico and the UK. And there might be more.

“We would just co-ordinate games,” Lenarduzzi added. “We would look to take them to Mexico, other places, and potentially Bayern’s a destination for that type of player, that type of club.”

Players have already been approached to join the squad, with the plan being to have a mix of fringe players from the MLS squad, Residency graduates and recruits, and other players that the Whitecaps may want to have a look at moving forward.

This will undoubtedly lead to people asking why get rid of WFC2 to begin with, and yes, while that would still certainly have been AFTN’s preferred option, this is at least something to fill the void. This way the ‘Caps can fully control playing time, travel, costs, and the schedule. It’s certainly better than nothing, and if it works out then players like Norman, Melvin, Bair, Campbell, Colyn, and the Baldisimos will get some minutes on a football pitch that they otherwise would not be getting. 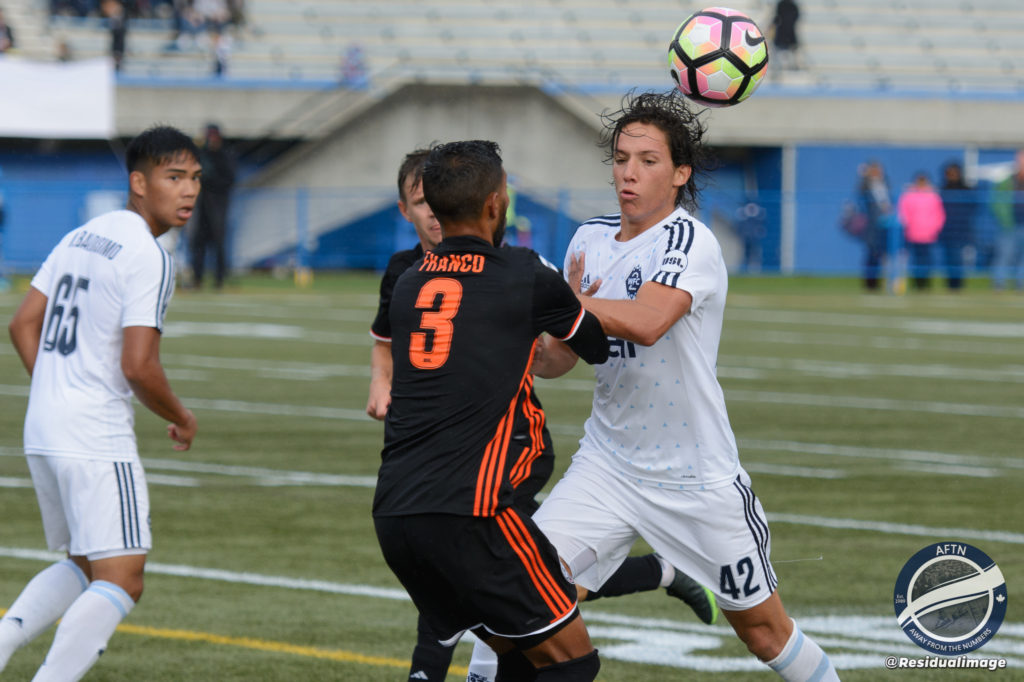 The North American soccer landscape is certainly changing. The USL are launching their own Division 3 league next year. The stadium requirements are far reduced and a number of the MLS2 sides in the USL are rumoured to be considering a drop down to that level. Would that be something that the Whitecaps may investigate in the future?

“I think Division 3 is going to create a lot of good opportunities,” Lewis told us. “USL are very smart to open that. It looks like in the initial days that those teams are going to be Eastern based and the Division will likely allow for very easy bus travel and the like. Certainly if there looks to be expansion into the West, and again, this is all happening in real time, that maybe an opportunity for us as well.

And when you talk about the changing soccer landscape in this country, the biggest aspect of that is the launch of the Canadian Premier League next April.

The CPL exists to develop Canadian talent. They want the best Canadian players, playing in their own domestic league. In that regard, surely it only makes sense to see the three MLS teams in the country work closely with these new clubs to facilitate loan deals for their signed homegrown players who otherwise would not be getting any regular playing time or actual competitive minutes?

That has to be a win/win situation for all involved. The Whitecaps agree and are hopeful it’s the way forward.

“We also have, I think, an opportunity,” Lenarduzzi believes. “CPL is starting next year and a couple of the conversations we’ve had with the Pacific FC guys and the Cavalry team, have been very promising and optimistic. So ideally there will be the opportunity for those guys to go out on loan, and as of right now, there seems to be an interest in it from the club’s perspective.

“I haven’t spoken with the CPL, we’ve actually tried to engage in conversations but to be fair to them, they’ve got other things that they need to do to make sure that they’re up and running next April. Hopefully that conversation will come and that will be another opportunity in addition to the development squad.”

Some CPL owners and fans will no doubt be wary about MLS involvement in the fledgling league. It’s finding the right balance or keeping your friends close and your enemies closer in some regard, but if everyone is looking at the bigger picture of developing Canadian players to ultimately help the national team be competitive on the world stage, then it surely has to be an option that everyone gets on board with.

“It’s a huge opportunity for the sport that CPL is coming to Canada,“ Lewis echoed. “We see that hopefully as a great partnership for all of us and for some of our young players to create more opportunities to play at home, because I think having these kids at home in Canada is really what allows us to develop them for the national teams, what allows us to develop them for our programs, and to highlight them on Canadian soil as we prepare for 2026 is all the more important.”

We’re at a crucial point in the development of Canadian players. There’s some exciting talent out there, but if clubs and the national team are to see more players coming through like Alphonso Davies and Ballou Tabla, then they have to commit to their full development.

That doesn’t mean signing them to first team deals, then having them do nothing but train. But that also doesn’t mean playing them in the first team when they’re not ready. Players have to earn their place on merit, no on their passport.

The Whitecaps took steps backwards when they got rid of WFC2 and they haven’t found the solution. They’ve failed some of their young players as a result. This new development team is a start, but is certainly not the final answer. For that, everyone needs to work together for the greater good. Whether they will is what remains to be seen.