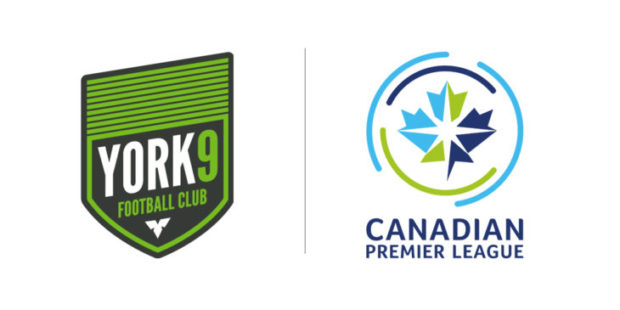 One day before the inaugural Canadian Premier League match between York9 and Forge FC, and spirits are high in the York camp as I was lucky enough to speak with Joseph Di Chiara, Morey Doner, and First Team Coach Sergio De Luca.

Entering a league with so many question marks, predictions become difficult, and it becomes more of a wait and see game as we enter the Spring Season of the CPL.

With all teams returning from the Dominican preseason trip, and from everything he’s seen around the league so far, Di Chiara likes the look of the York squad.

“The group looks really good”, Di Chiara told AFTN. “We’ve come together, nice training camp in Dominican. We had some good games, tested ourselves against other CPL teams. I think we are really coming together and hitting good form now for the first game tomorrow”.

When it came to those matches it was really York’s first look at their competition for the upcoming CPL campaign, and Di Chiara was impressed.

“I think the competition level is very good,” Di Chiara feels. “The talent out there, you can see the squads are very talented. It’s good for us to get a few games under our belt and see how we measure up against the other teams, stuff we need to work on, to improve and get better results when we actually have the meaningful games in the season.” 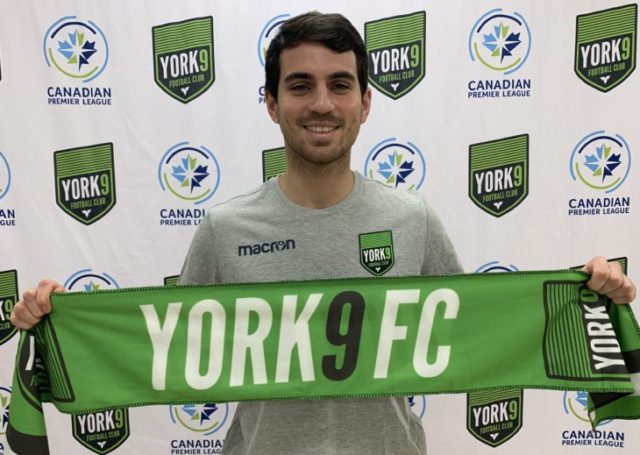 Although there’s a lot of challenges along the way in terms of finding the right mix and developing some squad chemistry, starting a team from scratch seems like a dream come true for a coaching staff, a sentiment De Luca echoed when asked about the process.

“Absolutely,” De Luca enthused. “The beauty about starting from scratch is you are able to pick and choose a player based on how you want to play, and I believe we have achieved that. I think the hard part now is just putting all the pieces together, and trying to bring it out, within these eight weeks that we’ve had them. So in one sense it’s been great, fantastic. In the other sense, starting from scratch isn’t always easy.”

Morey Doner, in his first season as a professional, has noticed the step up in quality right away. Having spent the last season with L1O outfit Aurora FC, Doner signed with York for the inaugural season and is looking to put the work in.

“Obviously it’s a lot different coming from Aurora,” Doner mused. “Not a lot of people came to our games. You look across and only see 10 to 20 people. So definitely a big change. Also on the pitch it is very competitive, and you’re always have to keep learning. People are telling me every day different things. It’s good. I was kinda like a top dog in Aurora, but now I’m one of the smaller guys, so it’s a good change.”

Just what role Doner will play this season remains to be seen. It’s his first professional experience and he know what he needs to do to get his opportunities on the pitch.

“Just to work hard,” Doner noted. “There’s a lot of professionals here that have been playing for many years, so for me it’s a chance to learn every day. I have to come in each day with the right attitude. Playing time will come because it’s a long season, but I just need to have the right mentality every day and keep working. That’s what I really want to do.”

The intensity level has been high in training leading up to the Hamilton match, and both Di Chiara and Doner had high praise for York manager Jim Brennan and the rest of the coaching staff.

Di Chiara, a veteran of clubs in Russia, Kazakhstan, Lithuania, and Canada is happy with the level he is experiencing here.

“It’s very good, the group is very professional, from the staff throughout the whole squad and we’re just continuing to get better every day,” Di Chiara said. “The group from the goalkeeper all the way up through the attack is good quality. Hopefully we will showcase it tomorrow”.

Doner has enjoyed his interactions with Brennan so far, finding him easy to work with.

“He’s a really good guy to just talk with,” Doner added. “He will be hard on you, but he can also take you under the shoulder and tell you things. He’s just a good guy on and off the field. At Aurora, I wasn’t with him too much, but just talking with him every day and just noticing that you can make mistakes and he will try to help you.

“He looks for the small things and tries to help you. Some coaches they see things, but don’t really say anything to you, but he really took an interest in that.”

When it comes to the match against Forge FC on the 27th, a lot of the focus remains within the play of the York team themselves and not what the opposition will bring.

“Of course you have to adapt to how they play, and see their tendencies,” Di Chiara stated. “But the main focus is on our group. How we play, you know? If we do well, then we don’t have to worry about how they play, or certain things like that. You kinda keep in mind certain players they have.. Some tendencies they like to play with. But our main focus is on our squad.”

“Some of the information that we have gathered, over the past couple months, and also our knowledge of the Hamilton players in general, helps us prepare for the game,” De Luca told us. “So yes, we have a good idea of how Hamilton is going to play, and we adjust our play accordingly. But at the same time, we are worried about ourselves and how we need to play.”

De Luca expects an interesting match up with Forge, as both teams will want to control the tempo and keep the ball. With neither team willing to absorb pressure and play on the counter, possession stats will be interesting to keep an eye on.

“Definitely, we want to control the game,” De Luca said. “Our objective is that we want to be in control of the game, dictate the rhythm and tempo of the game. You can expect to see lot of good individual play. As well as collective play. A lot of good cohesiveness at the back as well for us. I think we have a very good strong defending group, which should help us keep a lot of clean sheets.”

Both teams look to be at near full strength, with the only York injury to note being defender Roger Thompson, who has picked up a knock and will be unavailable for the match.

The countdown to kick off is fast approaching and history will soon be made. The CPL is here.