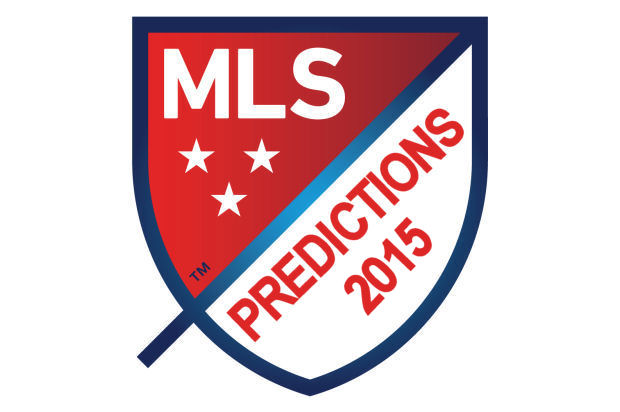 Football predicting isn’t easy. If it was, there wouldn’t be so many rich bookies around and I’d have a swimming pool.

Predicting in Major League Soccer is no different and in many ways it can be even harder with more parity between teams. And that was before the two MLS conferences got even tougher than ever this season.

It’s nigh impossible to be 100% comfortable in predicting how you see this season playing out. At the same time that’s also great because it should make for an exciting season and some must watch moments and matches.

There are just so many unknowns right now. How will the new teams fare and settle? What impact will the big name stars joining in the summer have on their teams and the league? You’ve also got the fact that the big spending teams are an injury away from a nightmare scenario where their big investment is out for the season.

All that said, we’re still going to have a go! So settle back and read our predictions on who will finish where in both conferences, who will win the Supporters’ Shield, who will contest and eventually win the 2015 MLS Cup and who will be the league’s MVP. We also want to hear your thoughts, so share them in the comments below and this time next year, we can review it all and shake our heads at our brilliance or foolishness!

Before we get to this season’s predictions, let’s have a quick look back to see how the AFTN team did last year.

Well, no-one predicted Seattle winning the West, although I will take credit as being the only person to predict LA winning the MLS Cup. Jay and Aaron were the only members of the team to have faith in the Whitecaps and predict a playoff place, both correctly having Vancouver finish 5th in the West. Amazingly though, all four of us correctly predicted four of the five teams to make the playoffs in the West, so maybe we do know what we’re talking about after all!

Portland let us all down. Will they do so again?

We decided to do our predictions a little different this year. No analysis of each side, just straight lists and this time also incorporating the Eastern standings. Since our photographer Tom only joined the team after the season started last year, he didn’t get a chance to take part, but this year he pops his prediction cherry and the five of us all made our choices.

Every year we say the same thing. The Western Conference has gotten even tougher. And it has again with the disappearance of the whipping boys (for everyone apart from Vancouver) of Chivas USA and the conference switching of Houston Dynamo and Sporting Kansas City.

Nine teams have won the MLS Cup over the years. Six of them are in this year’s Western Conference. Fun fact, the only three teams in the West who have never competed in a MLS Cup are the three Cascadian ones. That’s a record that you can’t see going on for too much longer and may be broken this season.

The Whitecaps have strengthened their squad but how that compares to what every other team have done only time will tell. Can they score enough goals to turn their mass of draws into a few more wins and can they stay stingy at the back?

LA have won three out of the last four MLS Cups and have Steven Gerrard coming in the summer. Seattle have DPs hitting their stride and are defending their Supporters’ Shield crown. Dallas have a fully fit Mauro Diaz itching to go. San Jose have an old face at the helm in Dominic Kinnear who knows what it takes to get his teams into the playoffs. Houston have Owen Coyle, who has a good track record in the UK. Both KC and Portland are desperate to make up for disappointing 2014s. And we’re not sure what RSL and Colorado will bring to the party this time around.

[table id=1 /]
A quick analysis of those predictions shows that we still feel that the West’s big two will be battling it out for the top spot, while every team bar Colorado gets at least one vote to make the playoffs. Houston and San Jose are also down there in who we think will be the weaker teams.
EASTERN CONFERENCE

We’ve made so many jokes over the years about how poor the East is to the West, but this year the Eastern Conference is packed full of quality players, if not entire teams.

A lot of money has been spent, but there can only be one winner, so a lot of clubs have just pissed away fortunes to win nothing. That’s another risk of going down that philosophy for your club.

So many questions in the East this year? One of the big ones, of course, is will this be the year that Toronto finally make the playoffs? Last season I said if they didn’t, with the money they spent, then they would never make it. This year, they spent even more and I have to change my tune on that one. But as we said at the start, they’re only a bad tackle or some bad turf away from that approach turning into a costly nightmare. Fingers crossed!

Elsewhere you have the two new boys coming in. New York City and Orlando have spent big, grabbed some top stars and look to be in better shape than any expansion team coming in. They should both make the playoffs but how deep could be down to the performance of those big names.

New England impressed everyone last year and in Jermaine Jones, they could have a league MVP. It’s hard to see them taking a step back but you have some dark horses like Columbus and DC ready to spring some shocks if their talent gets clicking at the right times. The offseason was a bit of a mare for New York Red Bulls but they won’t want to be seen as playing second fiddle to their new state rivals and that can be enough to spur any side on.

It’s hard not to see the remaining teams as cannon fodder and struggles look like they could await them. That may be enough to give an Eastern side enough points to bring home the Supporters’ Shield.

Will the ‘Caps go unbeaten against Eastern Conference opposition for another season? Well their first three matches are against those teams so we’ll know pretty soon how that’s looking.

Here’s how the AFTN team see the Eastern Conference shaping up.

[table id=3 /]
We all feel that New England, Columbus and Toronto are dead certs for the postseason, with all but one of us also fancying DC and New York City to get there. At the other end, Montreal and Philadelphia are the projected whipping boys again.
POSTSEASON PREDICTIONS AND MVP

The promised land of the postseason awaits 12 teams this year. With a 60% chance of qualifying, most teams will like those odds and I always believe that once you get there, whether you topped your conference or scraped in the back door, anything can happen and every team has a real chance at winning the whole shebang.

La have won three of the last four MLS Cups. Surely they can’t do it again? For the good of the league, you actually have to hope not.

From a Whitecaps perspective, will they finally secure a home playoff game? Yes. This will be the year. We’re confident of that. In fact all five of us have predicted that!

So who else did we predict will fare well in the playoffs? Who will have won the Supporters’ Shield? Who will contest the MLS Cup and who will emerge victorious? And which player will take the MVP honours? Here’s our thinking.

Well, that’s our thoughts. The season is already underway and I’m looking forward to it more than every before I think. We’d love to read your thoughts on how the season will play out, so make sure to let us know below.