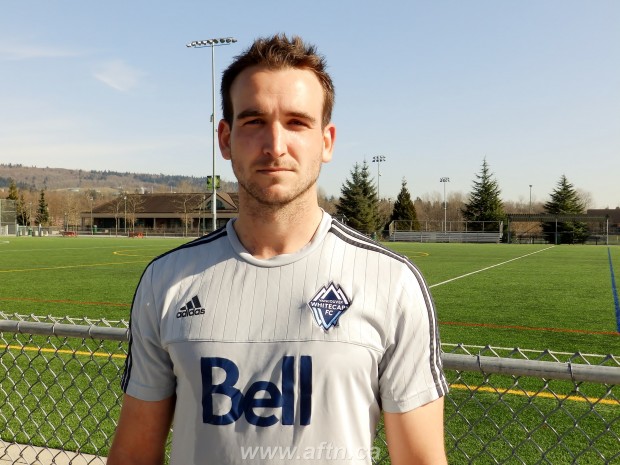 Vancouver Whitecaps have a young MLS squad. It’s the word used in what feels like every article about the side last season going into this one. There’s no getting away from it, they are, but the ‘Caps new USL team is going to be even more youthful.

The average age of the WFC2 squad is likely to be in the very low 20s, with a number of players still in their teens. While this is all great for their development, setting them up for hopefully long futures in the game, it has to be remembered that they are not simply playing in a development league.

They’ll be playing against men, seasoned pros and several clubs who may have affiliations with MLS teams but are out to compete and win the USL Championship. They’re not here to simply build and develop players for the future. This is their league and reason for existing.

Much like what the Whitecaps need in their MLS side, there has to be some veteran presence and leadership in the USL squad, imparting knowledge and experience to the younger heads. And WFC2 coach Alan Koch has addressed that need with the addition of 28-year-old BC native Tyler Rosenlund to his squad.

Rosenlund has spent the past five years in the league with Rochester Rhinos, scoring 11 goals in 124 matches for the USL side. He knows the league. He knows the teams and style of play required to do well in it. It’s an important piece to have in the inexperienced WFC2 locker room and a key reason as to why Koch has brought him home to the Whitecaps.

“I don’t know the exact reasons, but I’m pretty sure that that was one of the reasons that Alan brought me in,” Rosenlund told AFTN. “I was on a young team last year with Rochester, I captained the side. I’ve been in the league five years, I’ve played professionally seven years now. I feel like I can help the young guys.

“This league is obviously below MLS, but there’s some good teams in this league with men. So hopefully I can give some leadership and expertise on how teams play and hopefully I’m able to help the younger guys out.”

Born and raised in Port Coquitlam, Rosenlund was named BC ‘Soccer Athlete of the Year’ in 2003 before making the move to the NCAA with Santa Barbara Gauchos. After leaving school early he plied his trade in Sweden, Toronto and Rochester, and apart from a brief recent stint with Vancouver Metro Soccer League (VMSL) side Surrey United Firefighters, this will be Rosenlund’s first chance to play for a team in his home province. But he’s finally home.

“It’s an awesome feeling,” Rosenlund told us about the opportunity be back playing in BC. “I haven’t played at home since I was basically 17, 18. I was in school in Santa Barbara for three years, then Sweden for a year, then Toronto for a year, then the last five in Rochester. It’s definitely good to be in your back yard for family and friends.”

Rosenlund now returns home with a wealth of experience under his belt, including a season in MLS with Toronto FC in 2008 which saw him make eight appearances and play 347 minutes for the club, three of them starts, scoring in the 3-1 home loss to Chivas that September.

So what was it that’s brought him back to Vancouver now at this stage of his career?

“I’m a little older now,” Rosenlund said. “I was at Rochester the last five years and I kind of thought it was time to try and come home, especially with Vancouver Whitecaps having a USL team now. The opportunity came up so that I could play here and I wanted to be close to family and friends.

“I know it’s going to be a young team. I’m 28 now. I feel like I can give some experience to the younger guys and hopefully pass some wisdom on to them.”

You don’t really want to call a 28-year-old a veteran, but he is certainly the old guy on the team! It’s a role that Rosenlund is comfortable with, but just what kind of playing role can we expect to see from him this season?

“I generally play central midfielder, holding, box to box, anything like that,” Rosenlund told us. “It’s only a week in, so I have no idea what my actual role will be but whatever it is, I’m up for it and just really excited for the season to get going to be honest.”

Although it hasn’t been officially confirmed, one role Rosenlund will almost certainly have is that of being the WFC2 captain. He wore the armband when he came on for the second half in the team’s first preseason friendly against UBC on Monday night.

It’s still very early days in the camp. The players are still getting to know each other and how everyone plays, but from what Rosenlund has seen so far, and from his experience in the league, Rosenlund has no doubts that this Whitecaps team has what it take to compete with the best teams in USL.

“I think we’ll do well. Technically, I think we’ll be one of the better teams in the league. LA Galaxy II were the first MLS team to have a team last year. They’re all very technically gifted and they were a very tough team to play.

“This league generally is very athletic, very high paced, high pressure, so if we’re able to pass the ball away if we can around this pressure then I think we’ll do very well. With a young team, playing against men at set pieces will be a big thing that we’ll have to work on, but the talent’s definitely there.”

Talent and the opportunity now to display it at a top level. It’s certainly a different footballing environment for young Canadian players to that faced by Rosenlund as a 17-year-old in 2004.

Taking the college route as your next development step as a youth player brings mixed reactions from fans and pundits alike these days. But there weren’t all that many other options floating about back then for talented young players in BC.

For Rosenlund, heading to NCAA with Santa Barbara was the best thing he could have done, as not only did it help hone his skills, it also saw him get a good grounding for the professional game due to the crowds that the Californian university draws (see our GROUNDHOPPING feature on Santa Barbara for more details) and the atmosphere and pressure that comes with that.

“The experience there was unbelievable,” Rosenlund enthused. “Going in, I was lucky and fortunate that there were two other BC boys that went down with me, Myles Davis and Andrew Proctor.

“I’d watched college games before and each team maybe got 1000 to 2000 fans. When I was recruited, they had no football team, the basketball team wasn’t very good at that point when I was there, so soccer was really the main team and we got between 4000 and 7 to 8000 a game. It was kind of the thing to do at the school, to go and watch the games.

“And playoff games, in 2004, my freshman year, we hosted an Elite 8 game and there was 15000 so that was a surreal experience. It definitely prepared me for the pro ranks.”

Rosenlund’s rookie season with the Gauchos was something special as Santa Barbara defied the odds to make it to the 2004 NCAA College Cup Championship game against Indiana. With the teams tied at 1-1 after extra time, the game headed to a penalty shootout. The Gauchos lost it 3-2, to a Hoosier side with the soon-to-be Whitecaps legend Jay Nolly in goal, obviously wearing his magic hat even back then and coming up with two big saves.

A tough loss to take but almost as unexpectedly, the Gauchos bounced back and two years later an unseeded Santa Barbara and Rosenlund got to lift College Cup silverware following a 2-1 win over UCLA in the Championship game. Rosenlund provided the assist on the first goal and also saw an effort crash off the post.

It was an occasion that will always live with him and the whole experience down in Santa Barbara is one that he feels set up his pro career perfectly.

“Losing in the final that year on penalty kicks was heartbreaking,” Rosenlund told us. “I was kind of told that that’s probably not going to happen again, making the final. Then two years later we kept a lot of the guys and we won it in 2006.

“It’s a little different but it definitely prepared me a bit for the pro game. I had a surreal experience there. It was definitely a good experience.”

Whether Rosenlund would have had that experience had a MLS/USL style set-up existed in 2004, no-one can say. The college option would still have existed, but the lure of playing pro with your hometown team would always have been strong. All he knows is that he wished such a set up had been in place when he made the move to MLS with TFC in 2008.

“This is great for the young guys,” Rosenlund said of the current set-up. “When I was at Toronto, there was nothing like this. 30 guys on a squad, so unless there was an injury, you really had no chance to play. This is a great opportunity for them.”

Opportunities will certainly knock for all the young guys on the WFC2 squad this season and Rosenlund has seen what a springboard USL can be for the players that perform, especially those on the MLS roster who drop down to get gametime. His advice to all of his new young teammates is to go out there and make a name for themselves.

“The best example is a couple of years ago Dom Dwyer was on loan from Kansas City with Orlando” he added. “He wasn’t going to get a chance with the first team, he came in and scored 17 or 18 goals and now he’s starting for Kansas City and might even be getting called into the US team soon. So it’s definitely a very good chance for these young guys to show the Whitecaps and the league how they can play.”

And what of Rosenlund himself? Does he still harbour hopes of playing in Major League Soccer again one day? At his age, he feels it’s unlikely, but never say never.

“Any pro wants to play at the highest level that they can play at,” he readily admits. “Obviously if I got asked to go up, I would definitely say yes. Any professional would. But I know at my age it probably won’t happen but you never know, right. I’m just going to come out every day and do my best.

“You never know what can happen. I think at this point, for soccer, 28 is considered old but I feel that I’m in the prime of my career. I feel like I’m smarter than I was a few year ago. I’m still fit. I feel that I can definitely play at this level so you never know. We’ll see what happens.”