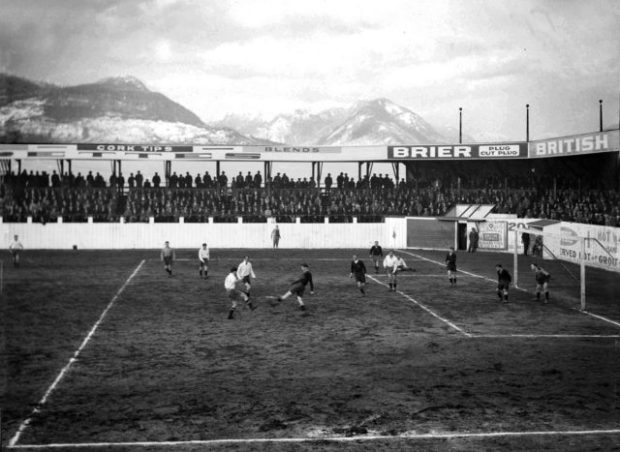 For a city that usually gets associated with being a hockey town, Vancouver has also been a popular hotbed for soccer for over 100 years. For a country, a province, and a city that is currently trying to build its soccer culture it is important that we look back at our roots.

If we want to know where we are going, we need to know where we came from. Embracing our rich soccer history will help us find our identity and attract others to become a part of our community as we work to build sustainable leagues and teams that can be admired and enjoyed for generations to come.

The first ever Canadian national soccer association was founded in 1912 and was called the Dominion of Canada Football Association (DCFA). This was the forerunner to the Canadian Soccer Association (CSA), Canada’s current soccer governing body. British Columbia did not join the DCFA until 1920. Up until then soccer in BC had been governed by a patchwork of sometimes competing governing bodies (sounds familiar) until it finally aligned itself with the DCFA in 1920.

One of Canada’s oldest leagues is in BC. The Pacific Coast Soccer League (PCSL) is the most recent incarnation of a league that was originally formed in 1908. Back then it was called the Pacific Coast Association Football League. The PCSL, in one form or another, was the primary soccer league in the province until around the 1970s.

The North American Soccer League (NASL) was formed in December 1967, when the United Soccer Association (USA) and the National Professional Soccer League (NPSL) merged. Vancouver Whitecaps joined the NASL from the 1974 season, after a previous venture in the city, Vancouver Royals (who were actually Sunderland FC), played in the USA league in 1967 and then in the first NASL season in 1968.

Currently, the PCSL continues to offer a summer league every season attracting competitive teams from throughout British Columbia. 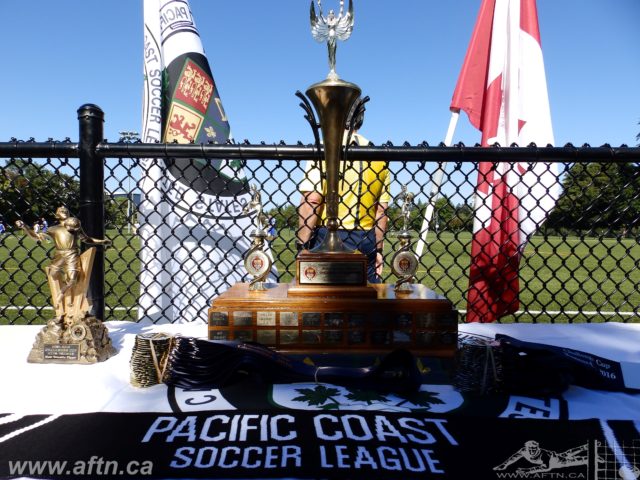 The PCSL seems to be coming up to a turn in the road once again as plans are put in place for the development of a new semi-professional provincial league in BC, currently being called League 1 BC (L1BC). The spring of 2021 could see the launch of this new summer league, which will follow the same basic template as similar leagues that already exist in other provinces, specifically League 1 Ontario in Ontario and Première Ligue de soccer du Québec (PLSQ) in Quebec. What does this mean for the future of the PCSL? Only time will tell. But based on its ability to endure a tumultuous history you can never count it out.

Soccer has had many homes in Vancouver throughout its history including Recreation Park, Larwill Park, Athletic Park, and Brockton Oval. But between 1921 to 1971 the stadium at Con Jones Park (now called Callister Park) was the epicentre and spiritual home of soccer in the city.

Who was Con Jones? And why was he so important to the soccer community in this province?

The stadium, which was torn down in 1971, played host to some of the biggest English clubs at the time, including Newcastle United, Aberdeen, Charlton Athletic, and Third Lanark, plus teams composed of Scottish and English FA all-stars. Apparently, the ground at Con Jones Park was tight and intimate, creating an atmosphere that drew large crowds out to watch a variety of legendary PCSL teams. You can see some old footage of a soccer game being played at Con Jones park below.

After the demolition of the stadium at Con Jones Park, the iconic Empire Stadium became the main ground for soccer in the city. Constructed in 1954 for the British Empire and Commonwealth Games, Empire Stadium served as the home of Vancouver Whitecaps from 1974 until 1983. By then BC Place had finished being constructed and became the new home of the Whitecaps for a brief period.

But by 1984 the Whitecaps no longer existed in their original form and there was no more regular soccer being played at BC Place until the MLS version of the Whitecaps moved back in towards the end of their 2011 season. Between 1986 and 2010 Swangard Stadium became the new center of soccer with the birth of the Vancouver 86ers, and then later the rebirth of Vancouver Whitecaps.

Except for Brockton Oval and the Brockton Pavilion, most of the really old stadiums and structures are gone, just memories of a Vancouver that once was. But instead of dwelling on the past, we have an opportunity to pull out those old memories, dust them off and celebrate them as we move forward with new national and provincial leagues.

For instance, although the Whitecaps no longer play out of Swangard Stadium, to this day their supporters still have a chant about Boundary Road, the road that runs alongside the stadium, taking them home.

And as new teams are formed in the Canadian Premier League (CPL) and L1BC there is an opportunity for these new teams to bring these old stadiums back to life through unique branding and messaging. League administrators and team executives would get a lot out of looking back in time to the old stories of glory and celebration.

Soccer in BC can be traced all the way back to 1862 when a team of British engineers played a team composed of townspeople from New Westminster. The first professional game was played in 1910 at Recreation Park between the Rovers and the Callies.

There have been many memorable players and teams in the province over the years. In 1950, the 1929 Westminster Royals were chosen by the Canadian Press as the “Team of the Half Century.” In 1979 the BC Sports Hall of Fame inducted the Royals noting that they were the “Soccer Team of the First Half Century.”

8⃣clubs have been added to the Hall's Organisation of Distinction category.

Through the 1940s Vancouver St. Andrews FC dominated the PCSL winning six titles over a decade, while the 1960s and 1970s saw an exciting rivalry between Vancouver Firefighters FC and Vancouver Columbus FC.

What is really neat to see is how many teams currently in existence who have dipped into the historical duffle bag and pulled out some relics of the past in relation to how they have named and branded their teams.

The Whitecaps are a prime example of a team doing this when they brought back the hoop jersey last season as part of the 40th year anniversary celebration of winning the 1979 Soccer Bowl.

Other teams who are doing something similar are Croatia SC (VMSL), ICSF Columbus (VMSL), Khalsa Sporting Club (PCSL), Victoria United (PCSL), and Penticton Pinnacles (PCSL). Each of these teams carries the name of a team that in some cases goes back decades, an acknowledgement of our shared soccer history.

There are obviously many other great players and teams out there, in fact there are too many to mention in this article. So please take some time and check out the following links. You will find some amazing resources that will teach you much more about our rich soccer history.