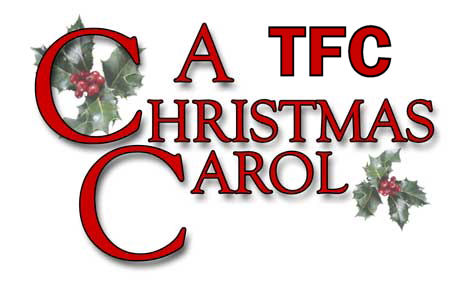 Marley was dead. There is no doubt whatever about that. Old Marley was as dead as a door-nail. As dead as Toronto FC’s hopes of ever making the MLS playoffs.

Scrooge knew his friend was dead. Of course he did. How could it be otherwise? Scrooge and he were partners in a pair of season tickets for I don’t know how many years. But not any more, following his recent death.

Marley had been a passionate TFC fan who always believed the team would turn things around. It was only due to him that Scrooge kept on going to games, but as soon as he had kicked the bucket, old Scrooge had given up the ghost of going to watch that shower, along with his season ticket and the team was now as dead to Scrooge, as much as Marley was, after the latest shambles of a season.

For now though it was Christmas Eve. Old Scrooge sat busy in his house counting all the costly mistakes that had prevented TFC from making the playoffs once again in 2014. That would take a while. It was cold, bleak, biting weather, for it was winter in Toronto after all.

It was three in the afternoon when all of a sudden there was knock on his door.

“A Merry Christmas, uncle! God save you!” cried a cheerful voice. It was the voice of Scrooge’s nephew Fred.

“Christmas a humbug, uncle!” said Scrooge’s nephew. “You don’t mean that, I am sure?”

“Well I am a Vancouver Whitecaps supporter uncle. We have a lot to be thankful and merry about this fine year, with the hope of much more to come.”

Scrooge having no better answer ready on the spur of the moment, said, “Bah!” again; and followed it up with “Humbug.”

“Don’t be angry, uncle. Come! Dine with us tomorrow. We can talk football.”

“And A Happy New Year!” replied the blue and white clad Fred with a spring in his step.

“Good afternoon!” said Scrooge again as he ushered his nephew out of the door.

Fred left whistling “White is the colour”, adding “of Christmas” to the end of each appropriate line, but Scrooge followed him outside to make sure the pipsqueak was indeed on his way.

But as Fred left two other gentleman came up Scrooge’s garden path. They were portly gentlemen, answering the eternal question once and for all as to just who had eaten all the pies. They now stood, with their TFC branded hats off, on Scrooge’s doorstep. They had books and papers in their hands, and bid Scrooge a good afternoon.

“Have I the pleasure of addressing Mr. Scrooge, or Mr. Marley?”, asked one of the gentlemen.

“We are sorry for your loss,” spoke one of the fatties, presenting his credentials which identified him as a Toronto ticket account manager.

“At this festive season of the year, Mr. Scrooge,” said the gentleman, taking up a pen, “it is more than usually desirable that we should make some slight provision for the poor who have suffered greatly in recent times. We notice you have not renewed your TFC season ticket and can only assume that this is simply an oversight on your part. We are pleased to offer you the chance to renew right now at a special price.

“We’ll even throw in a special commemorative personalised brick in part of the stadium redevelopments. How many and what names shall I put you down for?”.

“You wish your brick to be anonymous?”

“I wish to be left alone,” said Scrooge. “Since you ask me what I wish, gentlemen, that is my answer. Good afternoon, gentlemen!”

Seeing clearly that it would be useless to pursue their point, the gentlemen withdrew. Scrooge was left with an improved opinion of himself, and in a more facetious temper than was usual with him. “Renew to see that useless bunch” he mumbled to himself. As he turned around he noticed the knocker on his door. It was undergoing a process of change and was now not a knocker, but the face of his old friend Marley.

It was not in impenetrable shadow as the other objects in the yard were, but had a dismal light about it, like a bad lobster in a dark cellar, for TFC fans are not the prettiest.

As Scrooge looked fixedly at this phenomenon, it was a knocker again. To say that he was not startled, or that his blood was not conscious of a terrible sensation to which it had been a stranger from infancy, would be untrue.

Scrooge decided to go to bed for a nap. He was obviously tired from all these annoying visitors. As he sat on the edge undressing he heard some horrible prolonged moaning noises. Flashbacks of being in the stands for Toronto’s 2-0 loss to the Union workhorses in September came flooding back.

The moans were succeeded by a clanking noise, deep down below; as if some person were dragging a heavy chain like a ghost in haunted houses in movies. He shook his head. “Poppycock and humbug” he muttered.

All of a sudden his bedroom door flew open with a booming sound, and then he heard the noise much louder from below; then coming up the stairs; then coming straight towards his door.

His colour changed though, when, without a pause, it came on through the heavy door, and passed into the room before his eyes. “I know him; Marley’s Ghost!”

The same face: the very same. Marley, with his TFC strip on from the 2007 season, his season ticket holder scarf and red toque. But he was wrapped in chains. The chain he drew was clasped about his middle. It was long, and wound about him like a tail. His body was transparent; so that Scrooge, observing him, and looking through his strip.

“How now!” said Scrooge, caustic and cold as ever. “What do you want with me?”

“Who were you then?” said Scrooge, raising his voice.

“In life I was your partner, Jacob Marley.”

“Dreadful apparition, why do you trouble me?”

“I have been forced to wander the afterlife for my sins, but I am here to let you know that the same fate awaits unless you can change. You can avoid my penance.”

“Tell me Jacob what I need to do.”

“I cannot. I am only here for dramatic effect and to tell you that you will be haunted by three spirits,” said the ghost. “Without their visits you cannot hope to shun the path I tread. Expect the first tomorrow, when the bell tolls One.”

And with that the ghost disappeared. Scrooge had a confused look on his face, akin to that of Doneil Henry for most of the time that he played in Toronto. He went to bed, but not without changing his pyjama bottoms first and his sheets, for Scrooge had shat the bed like TFC in New York in their last game of the 2009 season. And like Toronto’s defence in far too many games these past eight years, he fell asleep in an instant.

THE FIRST OF THREE SPIRITS

The day’s events had tired out Scrooge and he slept right through, only to be awoken from his slumber when his old grandfather’s clock, that he kept on the shelf, struck one. He’s always meant to sell it to open up a stall selling Joy Division oven gloves, but he’d never quite got around to that.

Scrooge sat up startled. He knew this was to be the hour of reckoning and sure enough, right there in front of him was another spectre.

“Are you the Spirit, sir, whose coming was foretold to me?” asked Scrooge.

“I am! I am the Ghost of Football Past.”

Scrooge made bold to inquire what business brought him here.

“Your welfare!” said the Ghost. “Your reclamation”, and with that it put out its strong hand as it spoke, and clasped him gently by the arm. “Rise! and walk with me!”

After some discussions around the practicalities of it all, and the rather chilly Ontario weather outside, Scrooge ended up flying through the air like Kendall Waston rising to meet a Mauro Rosales corner.

Scrooge and the ghost went through the walls of his and were soon transported to Seattle in August of 1976.

“Good Heaven!” said Scrooge, clasping his hands together, as he looked about him. “It’s the Kingdome. I was here as a boy! Why have you brought me here?”

“You have lost faith in Toronto football teams Ebenezer,” replied the spirit. “I want to show you what success looks like. Look down there on the pitch. The Toronto Metros-Croatia are lifting the 1976 Soccer Bowl after a 3-0 win over Minnesota Kicks. And look, there you are Ebenezer. Jumping up an down in the crowd with your sister. You look so happy.”

“I was happy. We had a team that made the playoffs and made our city proud. Not the embarrassment the current team is. Why are you torturing me with what is in the past? What is gone is gone. These days will not return.”

“Perhaps. But we must now move forward three years.”

With a gust and a flash, the pair were transported to a new venue.

“Where are we now Spirit?” asked Scrooge. “I do not recognize this as one of my memories.”

“We are in Vancouver. September 1979. The Whitecaps have just won the Soccer Bowl by beating Tampa Bay Rowdies in Giants Stadium in New Jersey.”

“Why are there so many people here in the streets,” enquired Scrooge.

“You’re watching the team’s return home and the victory parade in front of a couple of hundred thousand rabid supporters. This is a true soccer city Ebenezer. And this is what success feels like.”

“Spirit!” said Scrooge, “show me no more! Conduct me home. Why do you delight to torture me?”

“One shadow more!” exclaimed the Ghost.

But the relentless Ghost pinioned him in both his arms, and forced him to observe what happened next as a screen appeared to show a video compilation of all of the Vancouver football teams’ national championships.

First there was the 86ers four straight Canadian Soccer League triumphs from 1988 to 1991 and then the Whitecaps’ USL championship wins in 2006 and 2008.

“Spirit, why are you showing me these images. I am not from Vancouver. Show me Toronto success and championship wins,” begged Scrooge.

“I cannot. For there is nothing to show,” boomed the Ghost.

“Spirit!” said Scrooge in a broken voice, “remove me from this place.”

“I told you these were shadows of the things that have been,” said the Ghost. “That they are what they are, do not blame me!”

“Remove me!” Scrooge exclaimed, “I cannot bear it!”

He turned upon the Ghost, and seeing that it looked upon him with a face, in which in some strange way there were fragments of all the faces it had shown him, wrestled with it.

“Leave me! Take me back. Haunt me no longer!”

And so the Spirit did and returned Scrooge to the bedroom of his Toronto townhouse.

Scrooge was conscious of being exhausted, and overcome by an irresistible drowsiness; and, further, of being in his own bedroom. He gave the cap a parting squeeze, in which his hand relaxed; and had barely time to reel to bed, before he sank into a heavy sleep. But not for long….