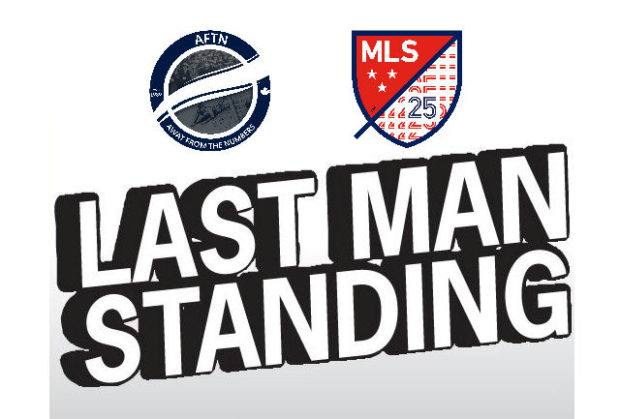 Week one of our 2020 Last Man Standing competition is in the books and it decimated the field, knocking out close to half of those who had taken part, myself included (picking the Whitecaps was always going to be a risk!).

No-one else is now eligible to take part.

So, with all that out of the way, here are the 13 eligible fixtures for this second weekend. Every team is in the mix, so pick wisely and remember who you picked last week!

The first game this week kicks off on Saturday at 1.30pm EDT/10.30am PDT, so you have until then to enter the competition and make your pick. So make sure you get your selections in early.

Simply leave the name of the team you are picking and your name or screen name in the comments below.

If any of you need a reminder, here’s the basic rules…

– Every week we will list the eligible fixtures and you pick one of the teams involved that you think will win by leaving your selection in the comment below along with your name. You can only enter once.

– If that team wins, you are through to the next round. If they lose or draw, then you are out of the competition.

– You will only be able to pick a team once, until you have selected all 26 teams, so choose your weekly selection wisely. You don’t want to be left with the crappy teams playing the top ones if you can help it or forced to pick a team you don’t want due to a bye week. At some point you will probably have to pick FC Cincinnati! He who dares, wins.

– The exception to the “pick only once” rule will be when you might only have selection(s) left that are not playing. In such a scenario, you are free to pick a team you have already selected for that week only.

– We will be keeping a running tally of who has picked what team and updating on the site at the start of the following week.

– You have to enter the competition in Week One (this week). Late entrants cannot join. – Selections must be made before the first game of that week kicks off. This time will be clearly laid out.

– Anyone posting their entry after the first kick off time any week will automatically be knocked out.

– The thread will be closed for new posts and amendments after the first game has kicked off.

– Anyone selecting a team they have already selected in a previous week will be disqualified. If you notice you have selected a team you’ve already picked, you have until the first game kicks off to change it. You are responsible for tracking which teams you have previously selected.

– If you fail to make a selection in time one week, you are automatically eliminated.

– The competition will run until a winner is crowned. In the unlikely event that we have multiple players remaining by the end of the regular season, we will continue it into the playoffs.

– The winner will be the last person standing, who will then have the crown until next season. (Note – there is no actual crown, although if I end up winning I may end up buying myself one. No-one else though!).

Long winded, but hopefully that will explain all you need to know for those of you unfamiliar with such a competition.

Next Article
There are 21 comments for this article