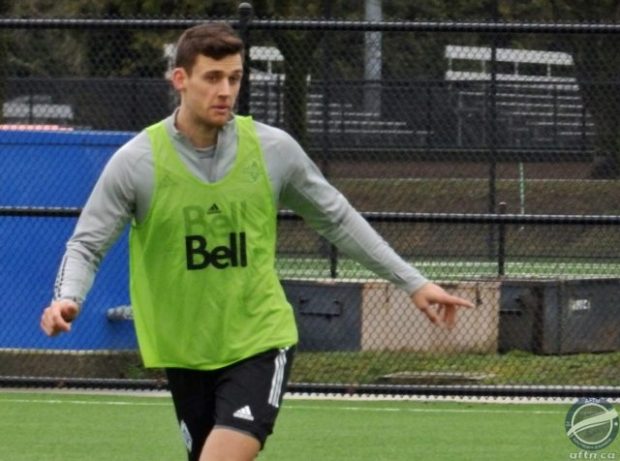 For some players, getting released by a club can break them. Whipping the carpet out from under their feet, leaving them wondering where they go next, and questioning their own abilities. For others, it’s the making of them. Lighting a fire in their belly, reigniting a passion for the game and to prove to people they do have what it takes to play at the highest level.

There’s certainly no questioning which path Canadian center back Amer Didic found himself following after his release from Sporting Kansas City at the end of the 2018 MLS season, as he now looks to make a return to the league with Vancouver Whitecaps following the best year of his fledgling footballing career.

After graduating from Baker University, Didic signed a USL deal with Swope Park Rangers in 2016, signing a MLS contract with Sporting KC a year later. But with just three CONCACAF Champions League appearances (two of them against the Whitecaps), one US Open Cup outing, and no MLS appearances to show for his three years in Kansas City, Didic found himself released.

He soon landed with another USL side, San Antonio, but once the season got underway he was dropped to the bench after two appearances before mutually parting ways with the Texans and heading home to FC Edmonton to play in the inaugural Canadian Premier League season.

It was there that he found a new lease of life, impressing many over the course of the year, getting his first caps for the Canadian national team, and earning himself a chance at a MLS return in the Whitecaps preseason training camp. It’s a path that’s taken him exactly to where he wanted to be.

“When I was released from Kansas City, it was important for me to get back to playing soccer,” Didic told AFTN at Whitecaps training on Monday. “Every week, every game and finding myself and getting back to my own rhythm, which is the most important thing for me.

“MLS has always been my goal and still will be. So it was a matter of going to a club where I played week in, week out to find my confidence and sharpen the tools and eventually have an opportunity like this.” 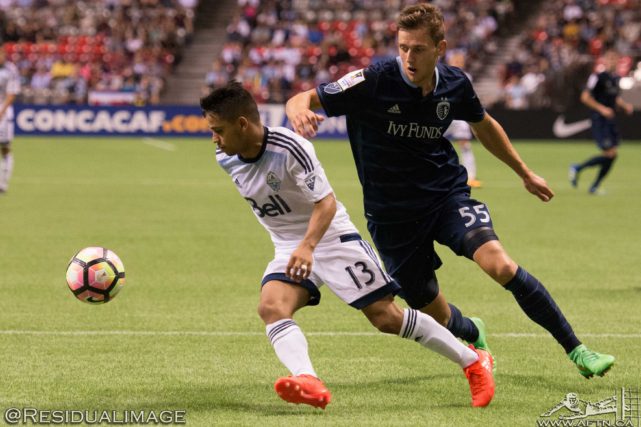 Born in Bosnia, Didic’s family moved to Edmonton when he was at an early age. Playing his football for a number of local youth teams, Didic made the move to FC Edmonton’s academy and that was where he first met Jeff Paulus, the team’s current CPL head coach.

The pair stayed close through the years and when the opportunity was afforded to Paulus to bring Didic home, they both jumped at the chance and the 25-year-old played in the inaugural CPL season with Edmonton, making 20 overall appearances.

The plan was always to prepare Didic to make the jump back to the higher level, with a clause in his contract allowing him to leave Edmonton as a free agent if a move to MLS beckoned.

“I’ve known Jeff since I was in high school there,” Didic revealed. “When I was first at the academy, he was my first coach there, so I have a good relationship with him. Just talking to him before coming to Edmonton, we were both agreed on the goal, which was to make the jump up to MLS.

“So the relationship between the both of us was that we knew what each other wanted. We wanted to go and win games with Edmonton and to try and compete in the league, but also in the back of both of our heads, and personally as a goal of mine, was to make that jump. So throughout the whole process, the whole year, even now, I’ve been fortunate for what he’s done for me.”

While Edmonton’s season didn’t pan out they way they would have hoped, Didic was an individual standout. A ball-playing centre back with some excellent distribution, Didic cut a commanding figure in the league and he looked like a much more finished player than he did at his time with Swope Park Rangers and at Sporting KC.

A lot of that was down to consistently getting minutes and regular playing time at a high level.

“It’s that and also the little things that I’m always striving to work at,” Didic feels. “Especially in a position like mine. It’s little details that can so beneficial. Even throughout your whole career you still learn and learn and learn, but I think that in the past year I made a bigger leap I guess in terms of sharpening those tools.

“Sporting Kansas City was such a great club and the training was fantastic, so just playing in that type of environment with such great players also allowed me to transfer that with a different club and with different teammates and I just gained my confidence from there.” 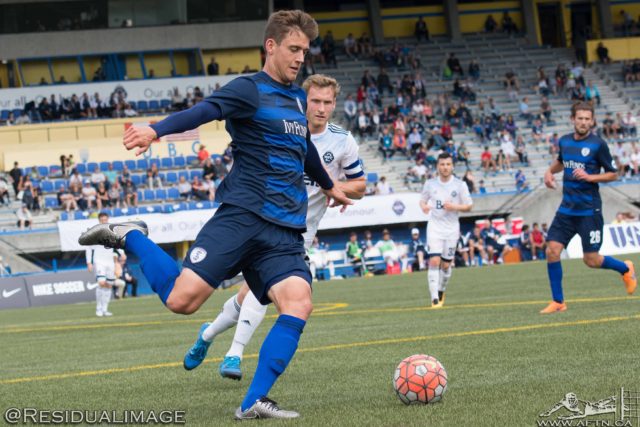 His performances with Edmonton caught the attention of many, including Canadian men’s national team head coach John Herdman.

Didic admits he was “shocked and surprised” when the call came through to join up with the national team for the October and November camps for the Nations League matches against the US.

Although he didn’t feature in those matches, he received another call up for this month’s camp in Florida, earning his first cap, and international goal, in the 4-1 win over Barbados on January 10, and making his second appearance five days later in the 1-0 loss to Iceland.

It was while he was in Florida that he got the news that the Whitecaps were looking to bring him into their preseason camp, giving him the chance to reunite with his former coach at Swope Park, Marc Dos Santos.

Dos Santos guided Swope to the 2016 USL Championship game, where they lost to the New York Red Bulls II. He knows Didic well, but despite that familiarity and the achievements and plaudits the player earned last year, nothing is assured for Didic in Vancouver.

Like all of the other trialists, he needs to show his value on the training pitch.

“I know him very well,” Dos Santos said. “I worked with him at Swope and it’s a player I know exactly what he gives you. It’s interesting right now with the position of centre back and waiting for Erik [Godoy] and having a look at him. It’s very simple. I know the character and the personality he has, I know his qualities.

“Now, how does that fit with what we want to do here? We’ll see. He has an opportunity and he has to show every day. What we me and Didic have in the past doesn’t mean anything in 2020. We worked together in 2016, now it’s 2020. He has to show all the qualities he has.” 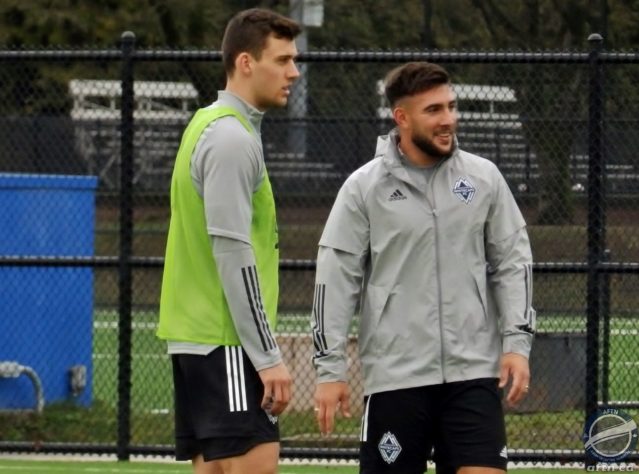 And Dos Santos certainly wasn’t the only familiar face for Didic when he arrived into camp on Saturday, with many others around from the national team. It’s made the whole experience a lot less daunting for Didic and he can just focus on showing what he can do on the pitch.

“Some of the guys I talked to them in camp and let them know that I’d be there,” Didic revealed. “They were like whatever you need, let us know, we’re here. There was a bunch of them there. Coming in on the first day it was pretty much that I saw them the other day. So it was comforting and it helps the process go a little smoother.”

The opportunity is certainly there for Didic to make his mark. With only three centre backs on the books (factoring in the imminent confirmation on Godoy), the Whitecaps need a fourth. Didic feels like the perfect fit.

The Whitecaps haven’t gone into specifics with Didic yet as to whether there’s a deal waiting for him at the end of the camp, so he’s just going to take things as they come.

“They haven’t gone into too much details about that,” Didic explained. “But right here, right now, I’m just living in the moment and just trying to train. Just do my thing and whatever goes from there, goes from there.”

*** You can hear our full chat with Amer about his road to Vancouver and his recent experiences with the Canadian national team in Episode 377 of the AFTN Soccer Show, which will be out on Monday January 27th ***