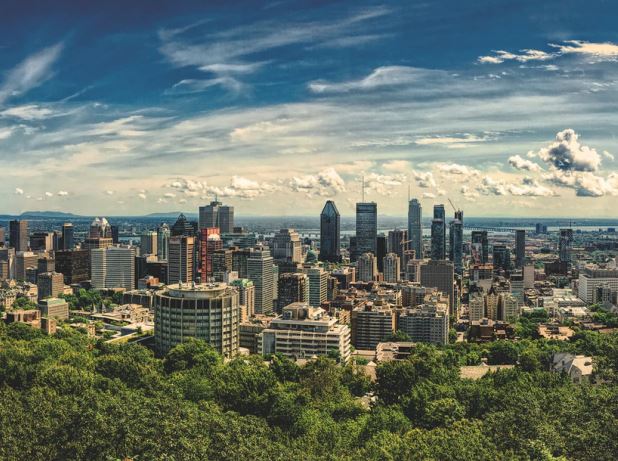 I wish to state for the record that I am not a Montrealer, nor a Montréal Impact fan first and foremost, or an Ultras supporter of Section 132. I haven’t stepped inside State Saputo nor the Big O. But I have admired this club from afar for sometime, and for the first time I feel this club is truly headed in the wrong direction.

Not a “the coach has to go” or “poor signings” wrong direction, but rather something more systemic. The abandonment of the Impact name in January felt like watching the club’s history be tossed into a coffin. The recent dismantlement of Section 132 and banning of the club’s own supporters group Ultras Montreal 2002 feel like warning signs for the forthcoming nails to seal it shut.

I’ve recently arrived back from a bit of vacation in Montréal. I’d never been to the city before nor the province, however I found myself greatly moved come the end of my week long stay.

Montréal’s footballing culture was remarkable. I stayed at a friend’s place in Little Portugal, and I found such love for the beautiful game was grounded in the city’s diversity. In the park there was nearly always a pickup match ongoing, you’d see national team and club jerseys left and right on the street, and national flags hanging from the terrace decorated streets. The chatter of different languages in the streets would follow me to every corner of the city I visited.

All of this is to say that football is something that unites people of all different backgrounds and creeds, yet the state of the current MLS club is an indictment of it’s inability to find a foothold in what should be a vast and emphatic fanbase. I’ve always felt the club undervalued how attractive a destination Montréal should be for players. However such realities never eroded at what made the Montréal Impact so loveable though, because through poor performance after poor season you always felt the club’s heart was in the right place. That is, until this year.

On January 13th this year the Montréal Impact announced they would rebrand the club as Club de Foot Montréal for the upcoming MLS campaign, alongside a new circular badge with a darker colour scheme and snowflake pattern. The rebrand was the brainchild of new club President and CEO Kevin Gilmore, who convinced Saputo that a rebrand was an opportunity for the club to evolve, adapt, and reinvigorate the club’s presence in the city. 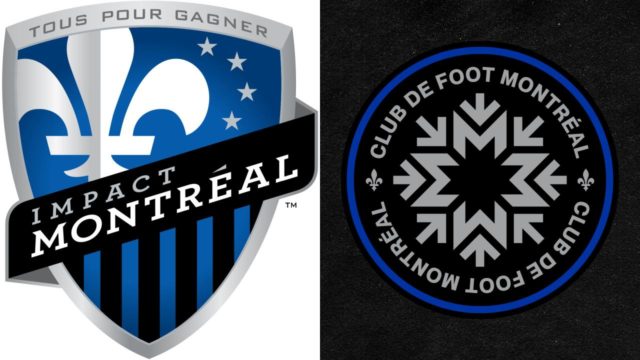 The jury is still out on whether the rebrand will attract new fans; pandemic restrictions have in my opinion undermined the validity of attendance and television ratings litmus tests. What is for certain though is that the rebrand has alienated much of the club’s existing fanbase, namely their supporters group the Montréal Ultras. Backlash was evident on social media, in fan interviews on the news, as well as through a petition to reverse the rebrand that has since gathered the signatures of over 5000 fans. The Montréal Ultras have championed the anti-rebrand movement, with a rift between the club and it’s most passionate supporters ensuing.

Now I know there have been issues of late with Section 132, of which the club has been quick to point out in it’s justification for the decision, but to close the Ultras section indefinitely feels like an attempt to alienate the very grassroots support that practically co-founded this club with Mr. Saputo. If the issue was a matter of individuals behaving in a manner the club deems unacceptable, the sensible solution would be to bar those individuals from entering the stadium entirely on a case by case basis.

The club’s decision isn’t a means to that end though; the Ultras fan group has been banned but those same individuals might still be able to individually purchase a regular ticket the same as anyone else. No, I feel there’s a more covert objective here. The Ultras represent the old side of the club, and they have fiercely objected to the stripping of the Impact name and everything that that represents. But Saputo’s already made his decision. By banning Section 132 and the supporters group as a whole, it appears he has little remorse about leaving the Ultras behind with it. 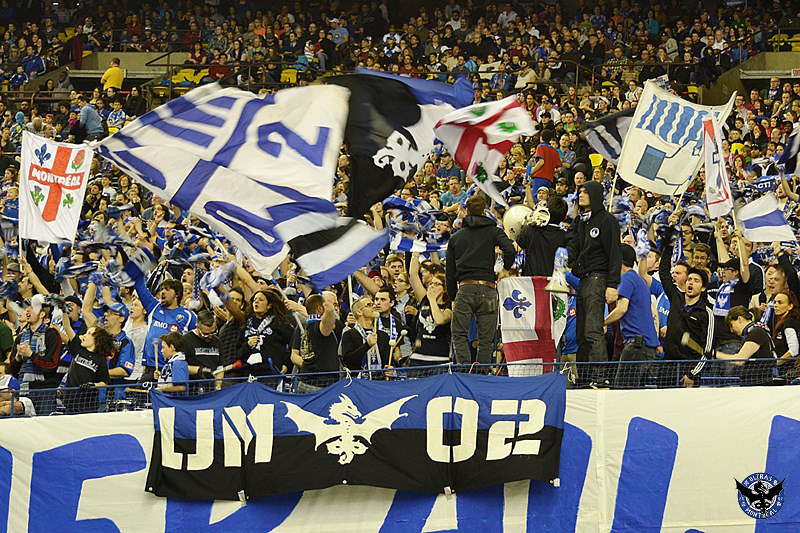 There are valid reasons Gilmore and Saputo believe the club needs a shake up. Their market presence appears to be in decline; in a 2020 interview Don Garber criticized the club for lack of market relevance and ambition. The club has missed the playoffs for four seasons running. Compared to the first half of their MLS era where the club could boast names like Alessandro Nesta, Didier Drogba, and Ignacio Piatti on the team sheet, the current team lacks players who contribute to an identity as the quote on quote “face of the club”.

However real change is most effective when it’s grassroots. If the club truly wants to revitalize their fanbase, they need to build change from those who have supported this club from its inauguration. My trip to Montréal opened my eyes to just how great a soccer city Montréal is, and how much untapped potential there is for the MLS club to explore. Gilmore and Saputo’s ambition is positive, but they can’t forget who, not what, this club is. The fans know how to answer that question, and they know how to create a community because the Ultras are the ones who created a community where both kids and adult newcomers to the game alike could fall in love with the Impact.

Players, stadiums, names, logos… they will all come and go. Nobody is denying that change is an ever-present reality in sports, just as it is life. But in sports, the fans are the only constant. Change as you must, but don’t alienate those persons who have been there since the beginning. They know your club, they love your club, and, as Mr. Gilmore and Mr. Saputo may be frightfully surprised to realize just how much, they are your club.