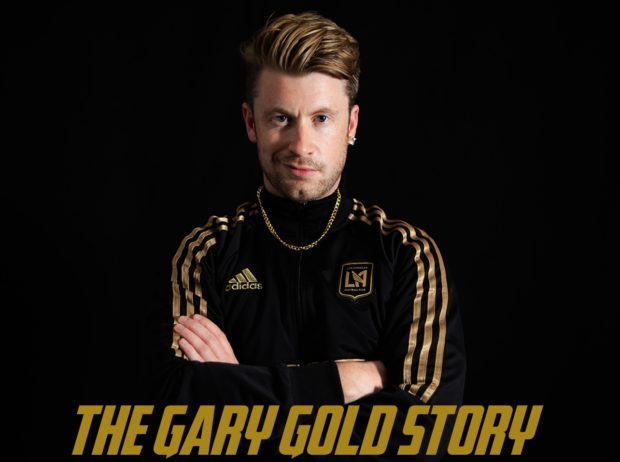 When we reviewed the new CBC soccer drama 21 Thunder at the end of July, we mentioned the lack of successful attempts at bringing the world’s game to the small screen over the years.

You can probably count the amount of successful football dramas on the one hand. Two at a push. But there have been several comedic efforts covering the sport (which we’ll go into in more detail another time), some hilarious, some about as funny as a last day relegation. The latest attempt is a new six-part digital series called The Gary Gold Story.

Released on You Tube, the first episode came out on Thursday to coincide with the closing of the UK transfer window. A mockumentary, the humour certainly won’t appeal to everyone, but I loved it. Maybe it’s a very UK style of comedy. We’ll see how it goes down over here.

Even better, despite being a UK production, the show has a MLS backdrop.

The Gary Gold Story tells the tale of a 33-year-old English professional soccer player who is looking to kickstart his flagging career with a move to new MLS team Los Angeles Football Club, making a load of money in the process, or so he hopes.

The former England international striker started his professional career with Arsenal, but as his troubles began to mount, he has gone on to play for 23 different clubs in four different countries, scoring a total of 172 goals and receiving 38 red cards.

He holds the Premier League records for the most sending offs in a season at nine, the fastest own goal at six seconds, and is the only top flight player to succeed at having ever been arrested for streaking in a game he was playing in.

Amongst his other career highlights are his 90 seconds he played for his country, a FA Vase winners medal, and he’s injured John Terry twice, “one of them pretty bad”.

He’s a pretty loathsome individual. In a recent poll in The Guardian, Gary was voted the most hated man in England, narrowly beating out the likes of Piers Morgan, Simon Cowell, and Nigel Farage. That takes some doing.

“I’ve been called it all,” Gold admits. “Reckless wanker. Traitorous tosspot. About as useful as a fart in a spacesuit. But to be honest, I couldn’t give a shit what the BBC says.”

Every second Gold is on the screen, which is the whole episode, you just want to punch him in the face, and that’s what’s going to make the series work I feel. You want to see what the idiot does next and how he falls on his ass. If David Brent was a footballer, he’d be Gary Gold. It’s a great character, as you sit thinking to yourself, “oh I bet such a player is just like that”, and I’m pretty sure there’s been a few UK players who have, or who would want to, head over to MLS that are!

The first episode is ten minutes long. It’s fast paced and packed with laughs. Written and directed by English writer and comedian Greg Ash, the series plans to capture all his successes and failures as he heads over to LA.

You can watch the first episode below. Let us know what you think. I laughed out loud and I’m already looking forward to the rest of the series. Hoping the action stays over here in MLS, but we’ll see.