Being an arty bunch, the Southsiders hit the theatre last night. Vancouver’s Vogue Theatre to be precise, to see local comedian Gary Fong and friends.

It’s not every night that we’ll get the chance to go to a premiere airing of a video featuring our group, so off we went.

Anyone who was in the Southside on September 18th last year, for the Caps game against Cleveland, will remember the arrival that evening of a strange character called Gary Fong.

Gary spoke to various members of the Southside that night, recorded and took part in some chants and had spoken to the players and Bob Lenarduzzi beforehand for a video that got it’s first airing last night.

Fong is a comedy character created by Ken Kirby. A Chinese realtor, eager for the sale and promoting renting, buying and reasing, sorry, leasing. It’s not exactly what would be my first choice of creation for comedy gold. Having endured a two hour show of him last night, it turns out that in fact it is far from being comedy bronze, never mind gold.

Let’s just say it was a long night!

The Caps were well represented, with Bob Lenarduzzi and a number of the players attending, along with a group of us Southsiders.

The Whitecaps video aired in the first half of the show and was fantastic. If anyone has checked out Fong’s footage on the net, his strengths clearly lie in the recorded skits and spoof interviews and infomercials, with the stand up comedy aspect of his act very poor and pretty unfunny. That pretty much sums up the night’s proceedings.

The Caps video featured a chat with Bobby L which ends with Fong getting him to sign some blown up pictures of an ad he did in the 70’s, with Bobby’s head and chest hair very prominent! There’s some chat with the players then footage of Gary in the Southside, starting on the outskirts, slowly working his way into the throng and ending with us singing that he carries a packet of sweets and has a cheeky smile.

The vid went down well with the audience and what came across is how well Bob Lenarduzzi is thought of in the city. We even serenaded Gary with a reprise of the song at the end of the segment, which brought laughs from him (and the audience) as he stuck his head around the backscreen to see what was going on.

All great publicity for the Caps and showed the passion and a little of the atmosphere in the Southside as well, for those unfamiliar.

We really should have called it a day at the break though. It was the worst second half performance I’ve seen since Carole Anne Chenard in the USL Championship game at Swangard last year. 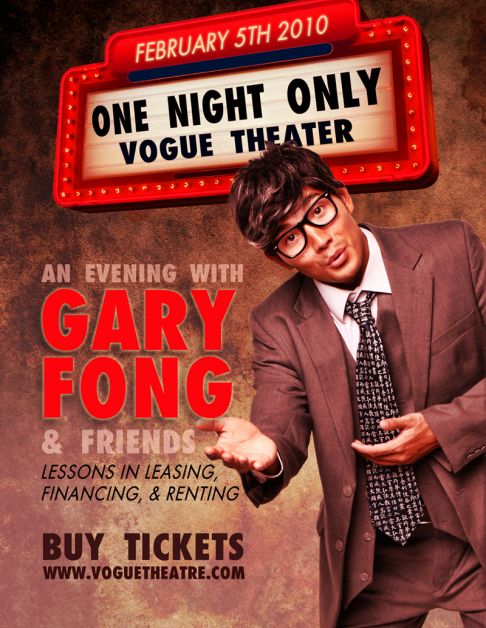 A lot of the blame for that lay with Fong’s sidekick. In drag as Gary’s long suffering secretary Ethel, the guy was amusing. In other characters and, worse, as himself, he was appallingly bad. His stint at the start of the second half was the most embarrassing I’ve seen in a long time, and as someone who’s seen some pretty crap acts at the Edinburgh Fringe over the years, that’s saying something. By the time a “you’re so shit you’re unbelievable” shout echoed out from the seats (I’m sorry, I really couldn’t help it by that point!!), he couldn’t even respond to the heckles and just bowed his head, lowered his mic and walked offstage.

I really would have left at that point if it hadn’t been for the fact I was in the middle of a row. It was worth staying till the end just for the funny show closer “Katz Danz” segment, but for those that didn’t attend you didn’t miss too much. That’s over two hours of my life I’m not getting back!

We’ll let you know when the video ends up on his website or on You Tube. Trust us, it’s well worth seeing.

As for the rest of his show, I’d give that a miss or encourage Gary to ditch his friends. It’s a shame. He seems to bizarrely have a strong following, just not the material to carry things off.