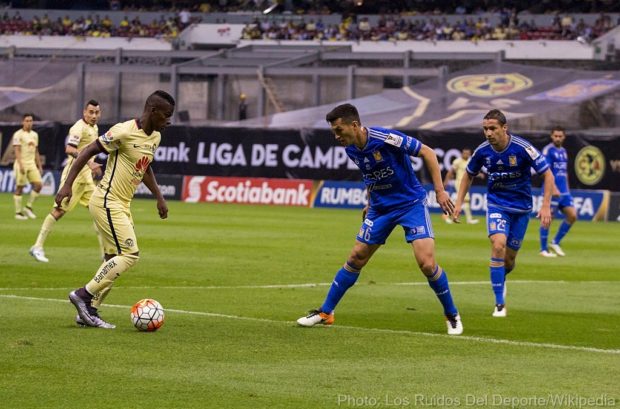 Yes, I’m back, and no, I didn’t get lost in Zlatan’s shadow last weekend, although something happened that got some attention, but probably didn’t get what it rightfully deserved. The arrival in Major League Soccer of Darwin Jr.

When Minnesota and Atlanta joined MLS in 2017, they took two very different approaches. The Five Stripes went all out, spending big money on names that very few, if any, in MLS knew who they were at the time. Those additions are now headlining that team, and Miguel Almiron, Hector Villalba, and Josef Martinez have lit the league up.

On the flip side, Minnesota chose to be frugal, bringing five members of their NASL team into MLS. They chose to not sign any Designated Players, raising some eyebrows. We all know how that turned out, so it was a little surprising that they started this season without one again.

That wasn’t to last long, however, and word broke that Minnesota General Manager Manny Lagos and coach Adrian Heath had travelled to see Darwin Quintero and his Club America teammates see off Tauro FC in Panama City in CONCACAF Champions League action.

The parties met in a hotel room after the match and the groundwork for a transfer was put in place.

This meeting came on the heels of reports that Toronto and Vancouver were in the hunt for the America winger/forward, and that TFC had tabled a $5 million offer for him. However, it seemed odd that America would sell him to potential CCL opponent, not only this year, but in years to come.

This past weekend, it was announced, and confirmed on Monday, that Quintero had indeed joined Minnesota United, with members from their two main supporters groups (Dark Clouds and True North Elite) there to meet him.

While his signing now gives every club at least one Designated Player, the details of his deal are the surprising part. It’s been reported that his transfer fee was only around $200,000 with an annual salary of $1.5 million.

The soon to be 31-year-old Colombian joins a Minnesota team in desperate need of some offensive flair and having played against a number of MLS sides (while with America and Santos) in CCL action, I would expect a relatively bump free transition.

Given the Loons don’t play anyone this weekend, that should allow Adrian Heath to find a position within their formation that best utilizes Quintero’s skillset.

Minnesota had a horrible start to their MLS life on the pitch last season, eventually finishing ninth in the West and ten points back on a playoff berth. They’ve already made a much better start this season, with their two wins from five matches good enough for fifth place in the West.

The team is clearly evolving, and with Darwin Quintero the man they have the faith in for a second season transformation, the Whitecaps may have to keep their eye on an unexpected contender for the postseason in the West this year.