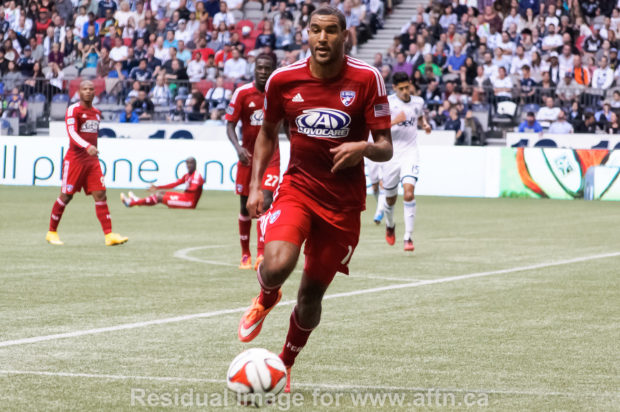 We haven’t done one of our “Around The League” interviews for a while, our series where we chat with some of the more interesting, and sometimes lesser known, players from around MLS. So let’s remedy that now, and in light of today’s news, we continue the series with a Canadian – FC Dallas’ award winning striker Tesho Akindele.

The 2014 MLS Rookie of the Year is a Canadian (or at least Canadian born, as the discussions around his international future rumble on). But FC Dallas striker Tesho Akindele saw off Chicago’s Harry Shipp, DC’s Steve Birnbaum and New York’s Chris Duvall, to take the rookie award honours after voting from MLS clubs, players and media.

Akindele’s MLS season may have ended in a Western Conference semi final defeat in Seattle two weeks ago, but it was quite the rookie season for the FC Dallas striker.

Dallas coach Oscar Pareja surprised many when he selected Akindele sixth overall in the 2014 MLS SuperDraft from the NCAA Division II Colorado School of Mines. But Pareja had watched Akindele closely during his time in Colorado and knew what a top prospect the 6’1″ striker was.

“Tesho has qualities that are difficult to find,” Pareja told AFTN. “He is sharp in the box and he scores goals naturally. He’s a player that gets in the right spot, in the right place. He has a power to finish that is incredible. That’s difficult to get and it’s natural.

“Also the willingness for him to work as a team player is tremendous. I think he has a great frame, speed and obviously at this time I can say he has a lot of things to grow up into. I thought what we saw in the combine is what he exposed in the year and I am very proud of him.”

Akindele finished his rookie season with 8 goals and 3 assists from 29 appearances, clocking up 2018 minutes. Of those appearances, 21 came as a starter, including all three of Dallas’ playoff games this year. All in all, it’s been a season that was as good as the 22-year-old had imagined.

“It was as good as I could have hoped it to be,” Akindele told AFTN about his first year as a pro. “I scored a lot of goals, I got into a lot of games and got to play in big games like in the playoffs. It was a fantastic year for me. I had a lot of fun.”

Despite banging in a school record-setting 76 goals in his four years in Colorado, it was certainly a big leap for the striker from playing at a NCAA II level of football to the top league in North America. Few players are even selected from those schools, never mind making the grade in the pros, but Akindele always believed that MLS was an option.

“That was always my goal to play pro,” he said. “I was one of the best players in Division II all four years that I was there. I knew I had a chance. I knew that every year one player got a chance in MLS from Division II so I thought it could be me.” 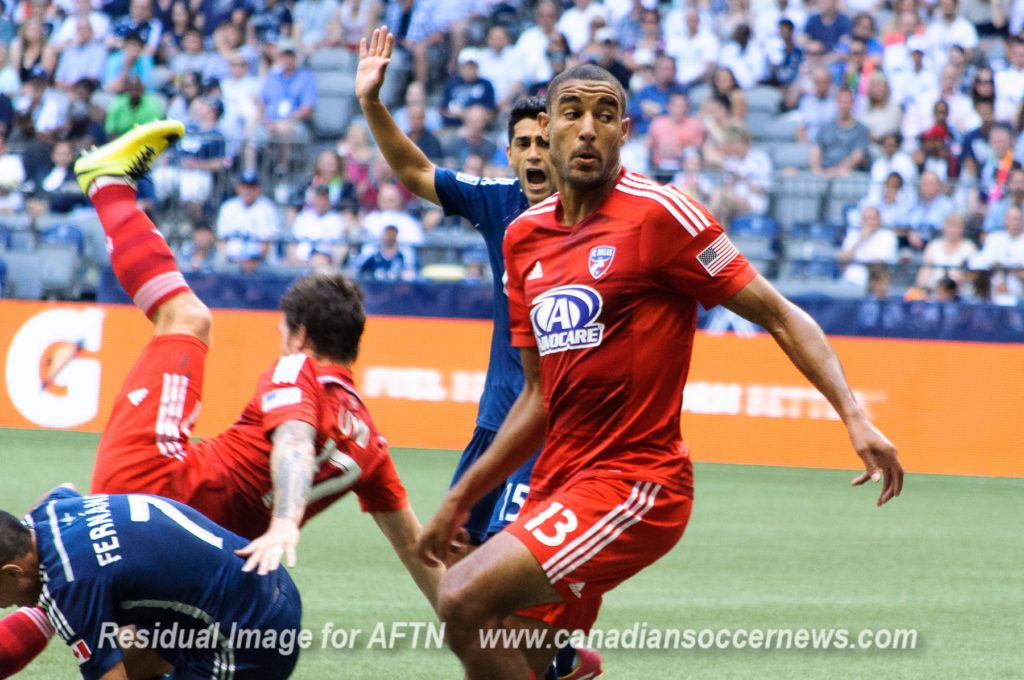 So it proved to be, and Akindele’s success will have no doubt given hope and belief to a number of other players within NCAA II, and opened some coaches eyes to that level in the process.

Akindele was very sparingly at the start of this year’s campaign, with just two appearances and 15 minutes of playing time in Dallas’ first ten games of the season. He eventually got his first MLS start on May 10th in the 2-1 loss at San Jose. Two games later and he had his first MLS goal, in Dallas’ loss to LA.

After starting the season as a fringe player what was it about those early performances that saw him establish himself as a starter?

“I think it was my work ethic and I scored a couple of goals,” Akindele told us. “It was a combination of the two. When I wasn’t scoring goals, I was still working hard and I think they were like ‘this is a guy that we can trust on the field’, and once I started scoring goals, it was just a good package.”

After scoring a hat-trick in Dallas’ 5-0 away thrashing of San Jose in August, the goals dried up for Akindele, and he went on a ten game scoreless streak to end the regular season before bouncing back with Dallas’ first goal in their 2-1 playoff win over Vancouver.

Tough times for the striker, but that drought gave Akindele a good idea of what he needs to work upon in the offseason to improve his game. So was it a case of him running out of steam in his rookie season or the opposition working him out?

“I think a little bit of both,” Akindele said. “Soccer’s a chess match. I started doing certain things to score goals, the defenders figured it out, so then I’m going to need to figure out something else to score some more goals. But that’s the way it goes in every league around the world. I’ll figure something out.”

As we’ve seen with so many players in MLS in recent years, including a few at the Whitecaps, that difficult second season can be a killer for many top young players, so it will certainly be interesting to see how Akindele fares. He certainly look far from impressive in the season run-in and some of those playoff matches.

But for now, let’s take nothing away from what has been a successful rookie season for Akindele. So with all that’s happened for him – the Rookie of the Year award, establishing himself as a MLS starter, that hat-trick against San Jose, making the playoffs with Dallas, and then scoring in them against Vancouver – what does he feel has been his own, personal highlight of the season?