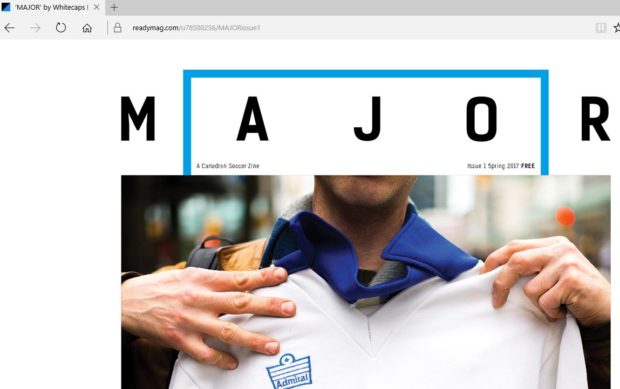 There’s a lot of things that piss me off with modern day football. This would be a very, very long article if I went through them all.

But a lot of my gripes boil down to one aspect that overrides them all – how money is sucking authenticity out of the game.

Now there’s no debating that money has changed football to an unrecognisable level to what existed 25 years ago. And it’s not all for the bad.

The game is now more accessible to fans around the world. You can sit in your house in Vancouver and watch matches from every continent, at many various different levels. From next season I’ll be able to watch every single AFC Wimbledon game live on my laptop. The production value of games is the best it’s ever been.

There’s a lot of people and ventures and products who may claim that they are in it for the love of the game, to help promote the sport and generate discussion, but there’s a darker underside. A desire to promote their business, or sell their goods, or try and generate “free” advertising and interest in them via various means.

Let’s be honest. Football is a cash cow. It’s the world’s most popular sport. Billions watch it, billions are spent on it, billions are generated from it, and everyone would love to have a (bigger) piece of the pie.

I’m proud to say I started in the UK fanzine scene. The first paper issue of AFTN hit the streets in August 1989. We didn’t begin to make money. In fact we never broke even and lost money because we went for the maximum number of pages we could afford and shunned advertising.

We didn’t begin to cash in on a fad. We began because we wanted to give supporters (at East Fife) a voice. A chance to air concerns and opinions in the pre-internet world. It was a labour of love, as all ‘zines were.

The first line of the Wikipedia entry for what a fanzine is reads as follows:

A fanzine (blend of fan and magazine or -zine) is a non-professional and non-official publication produced by enthusiasts of a particular cultural phenomenon (such as a literary or musical genre) for the pleasure of others who share their interest.

So I was delighted when I first heard that Vancouver now had a new soccer ‘zine. A publication called MAJOR.

One of the people involved with it had shared the link on their Facebook page. One of his friends, then alerted me, and I was intrigued and looked forward to checking it out.

Billing itself as “A Canadian Soccer Zine”, MAJOR says it is “dedicated to showcasing soccer culture in Vancouver and Canada”. Sounded right up my street.

Their desire to end “soccer’s minor status in Canada” is a ridiculous condescending take on the sport here though. Oh and apparently “no-one’s talking about it” in Canada. Nope, no-one anywhere in this great land talking about football. Are these people even really football fans or are their heads in the ground and they’re living in a bubble?

The first issue, which is available to read online or as a printed hard copy in various stockists, is a glossy affair. A bit different to the photocopied stapled efforts of ‘zines from the past. But times have changed and we didn’t have access to fantastic desk top publishing apps way back then.

It looked good. Bright, vibrant, containing a couple of photo essays and featuring stuff on the Southsiders and Curva Collective, and how the winter had decimated the local amateur football leagues this winter. Overall an enjoyable flick, maybe lacking some substance, but it’s early days.

Then I saw the list of contributors and there were some familiar names on there.

Hmmm. So a glossy new magazine (this is so NOT a fanzine), primarily promoting the Whitecaps and the atmosphere at their games and the players you can see, produced by people who work for the club. Interesting. Especially since nowhere does it mention their affiliation. There is a thanks to Whitecaps FC, but nothing in it indicates that this is a Whitecaps production, so maybe my suspicions that this is a cheap underground marketing ploy by the club to drum up interest and tickets sales are unfounded. Maybe these people are producing the free, and without ads, publication from their own pockets for the love of the game!

Oh but wait, what does the tab say at the top – ‘MAJOR’ by Whitecaps FC!

Look, I have no problem whatsoever with the ‘Caps bringing out an official magazine. In fact it is long overdue. They should also go back to producing proper programs again. I want the club to get out there. Market more. Get more bums on seats and more interest generated. That helps everyone, including us at AFTN!

Just be up front about it. Be transparent. Don’t try and pass off a magazine as an authentic take on the Canadian game and the world of football in this country when it’s not that. And don’t call it a ‘zine. I find that personally offensive. You don’t understand the ethos of ‘zines.

If MAJOR is what it is claiming to be then I look forward in issue 2 onwards to the articles on TSS Rovers, Victoria Highlanders, and Calgary Foothills PDL seasons, the Provincial Cup, and lots and lots of articles on the Canadian Premier League and how good it is going to be for the development of the game here, even if that may take some support away from the Whitecaps!

A truly genuine football magazine that aims to be “showcasing soccer culture in Vancouver and Canada” and aiming to “uncover Canada’s passion for soccer” would be doing just that! If these don’t happen then MAJOR’s authenticity as anything more than a Whitecaps marketing tool has been confirmed.