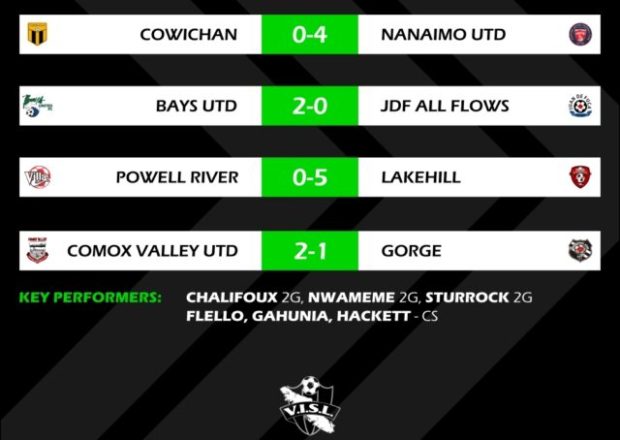 Week 3 of the 2020/21 Vancouver Island Soccer League (VISL) season is in the books, and it was another week with no draws. What a difference a year makes. There is something positive from 2020!!

Here is what took place in the Island’s top division of amateur soccer last weekend.

Out of the gate on Friday, it was a game that featured two teams in different phases.

Cowichan FC hosted Nanaimo United and were blanked 4-0. Caleb Nwameme hit a double, with Shun Takano and Hussen Sayed also on the scoresheet for Nanaimo. Geoff Hackett had the clean sheet.

The last game of the weekend saw hosts Comox Valley United slip past Gorge FC 2-1 thanks to a brace from Grayson Chalifoux, who continues to have a dream start to the year. The loan goal scorer for Gorge was Steven Barnes.

Westcastle and Highlanders had the week off.

All of that leaves the VISL Division 1 standings as follows after Week 3: 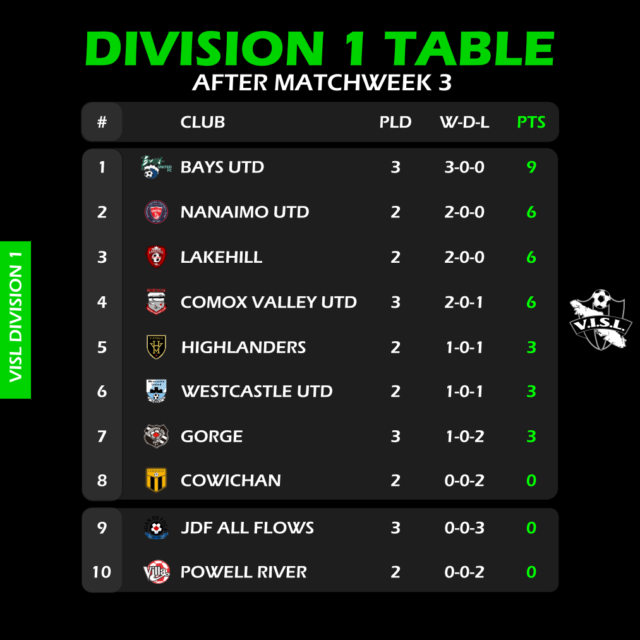 Bays are still atop the division, but closely behind are Lakehill and Nanaimo who have not dropped any points as well, and have a game in hand.

At the bottom of the division, Cowichan, Juan De Fuca, and Powell River are all still looking for their first points of the year.

A couple more clean sheets over the weekend makes for a change. Hardeep Gahunia and Geoff Hackett lead the way, and something tells me they will both have more as the season progresses. This will be an interesting race to watch.

There were plenty of goals over the weekend, but it was Grayson Chalifoux stealing the headlines as he continues to fill the net. Another two for him sees him leading the crew of strikers who have not been disappointing so far. Here is how that leaderboard is shaping up after three weeks of play: 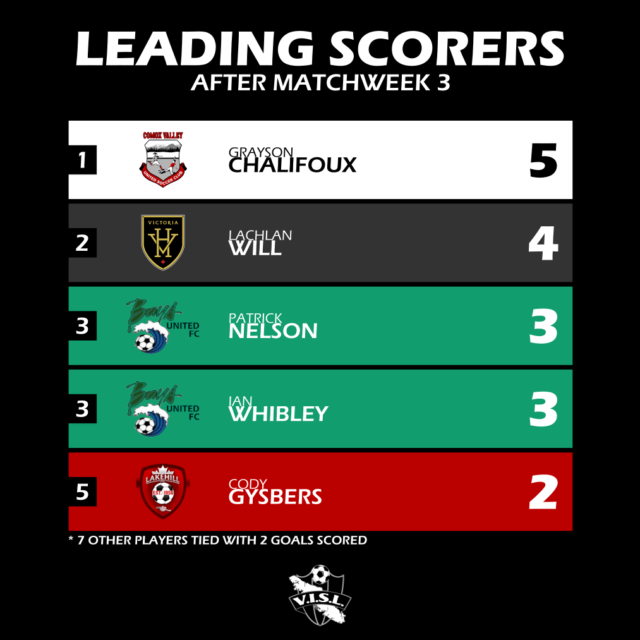 If looking to keep COVID under control was not enough, they sent us smoke. Now, to make things a little trickier for this weekend, they threaten us with snow!

We will battle on as many just want to play soccer on the Island.. We’re keeping our fingers crossed again, but here is what the top division has in store for amateur men’s soccer this weekend. 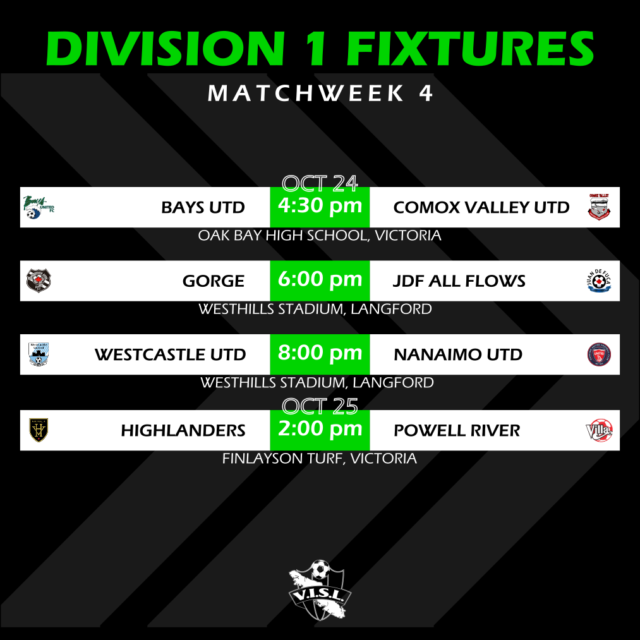