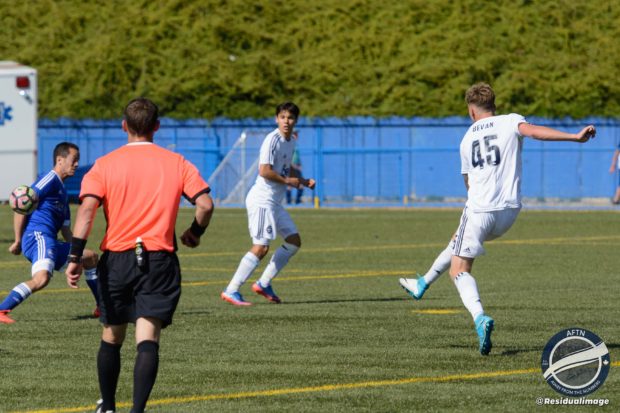 It was an end to end encounter that lacked quality in the final third, but WFC2 extended their winless run to seven matches after they could only come away with a 1-1 draw at home to Reno 1868 in front of a season high 1,788 fans at Thunderbird Stadium on Saturday afternoon.

Both teams combined for 21 shots during the match, but the shots on target total of two apiece told the story of where both sides struggled, with neither keeper tested too much.

After an even and fairly uneventful first half, league new boys Reno turned the pressure up after the break with a number of close calls on Sean Melvin’s goal that had the ‘Caps defence scrambling at times and hanging on.

It was no real surprise when the visitors took the lead in the 73rd minute when Dane Kelly played a pass along the six yard box to Brian Brown, who fired home to give Reno a 1-0 lead. 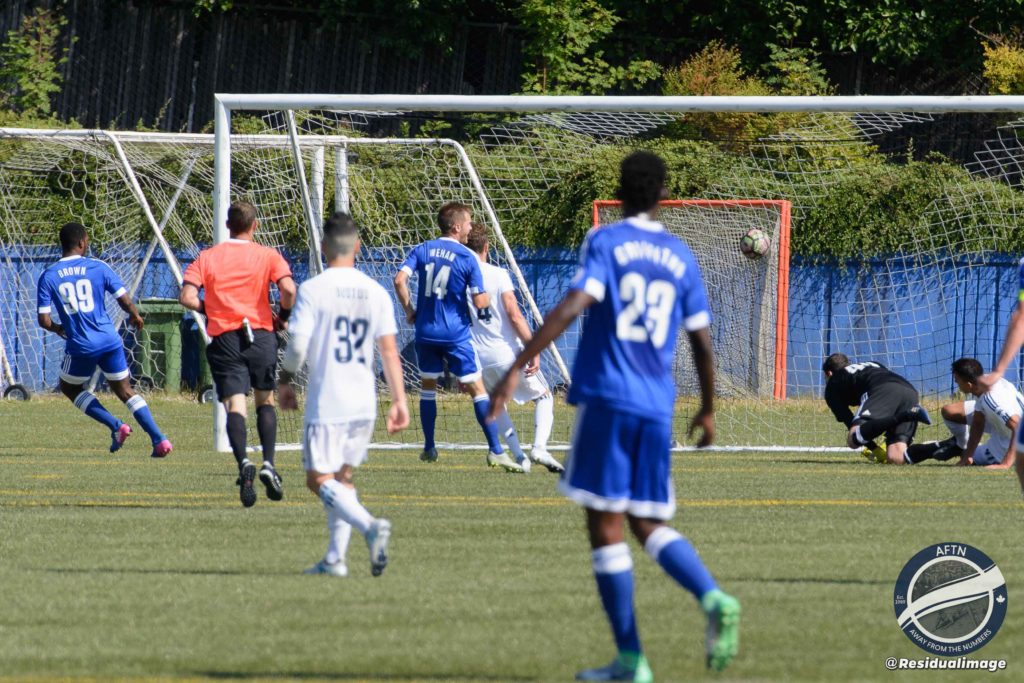 The goal gave the ‘Caps the missing spark they were needing and they played some of their best football in the match thereafter.

And WFC2 got themselves back level just six minutes later in their best attacking move of the afternoon.

Substitute Nazeem Bartman took the ball up the left wing before cutting it back for Marco Bustos. The Residency alumni backheeled a first timer straight into the patch of Myer Bevan, who blasted home a rocket from outside the box that gave Reno keeper Matt Bersano no chance, for his first goal as a Whitecap. 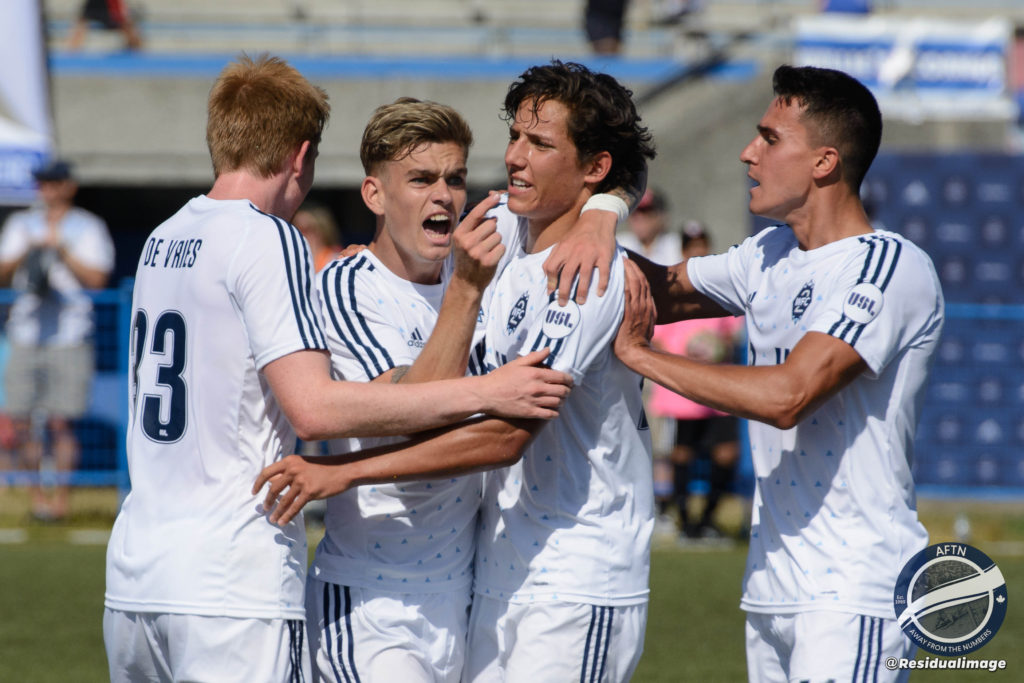 The ‘Caps pushed for the winner, and looked the most likely team to get it, but once again their delivery and penetration was lacking and they had to settle for their third draw from their last five matches, leaving head coach Rich Fagan a frustrated figure.

“It’s one of those things, I’ve said it before and hopefully I don’t have to say it too often, but we’ve probably done enough [to win the game],” Fagan told AFTN after the match. “We’ve created enough chances but goals change games. I’m disappointed with the point because I feel like we could have got more, but that’s football sometimes.”

The point leaves WFC2 in 12th position in the USL Western Conference with just 17 points from their 18 matches. They’re only five points off the playoff places, but have played more games than teams around them, and if they want to return to the postseason, they need to improve on a couple of key areas in their remaining 14 matches.

“We need to finish our chances,” Fagan told us. “That’s the difference between a point or three. More often than not, I’ve come away from a game where it’s a draw or we’ve maybe lost one-nil, but we’ve created enough chances to win those games. That’s the biggest difference. We need to convert.” 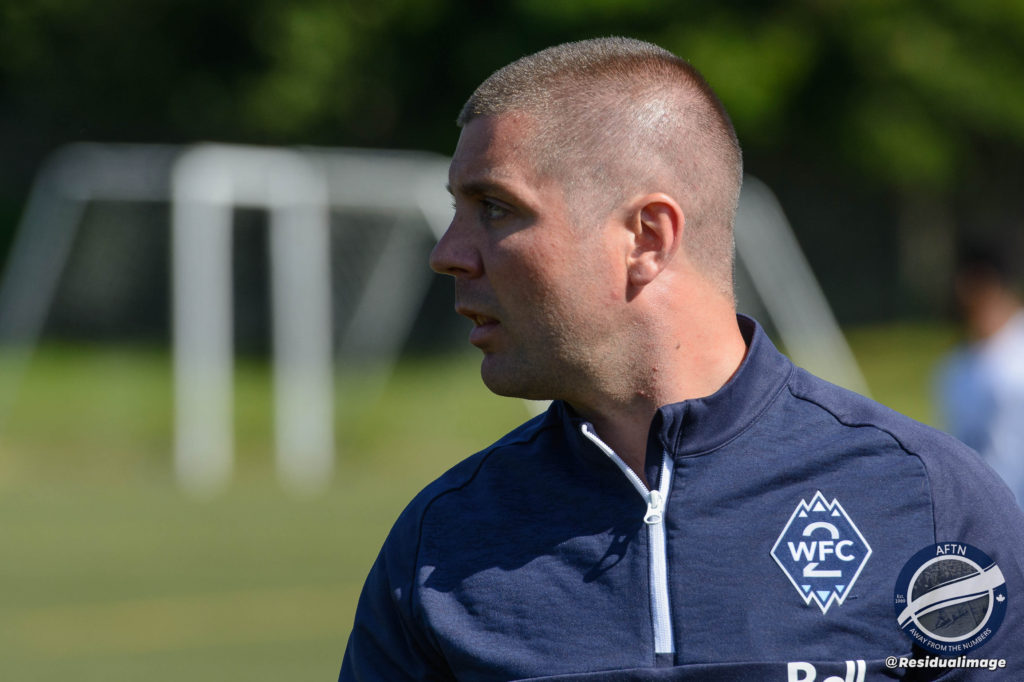 But despite their recent run of form, the ‘Caps are far from being outclassed or heavily outscored in their matches. They’ve never lost by more than two goals and five of their nine defeats have been by one goal margins, which is at least some scant consolation.

“Other than maybe two games of those [last] seven, I feel that we’ve probably been the better team in most of them,” Fagan agreed. “Again it comes down to goals, and if we’re not going to score, it’s going to be tough for us to get the points that we deserve.”

WFC2 now have two weeks off before returning to action at Orange County Blues on July 29th. They head back to Thunderbird Stadium on Wednesday August 2nd for their second nooner of the season, when Marco Carducci’s Rio Grande Valley come to town. If you can’t make it along, Brendan Batchelor and myself will have the call on the stream.

AFTN photographer Tom Ewasiuk was there to capture all the action during the Reno game. You can find all of his photos from the match HERE and in our full Flickr slideshow below: