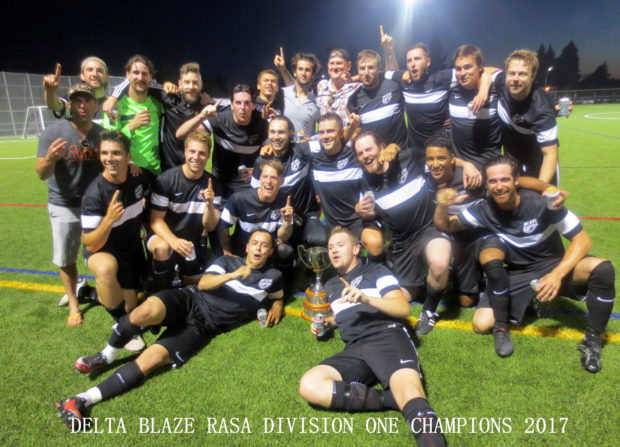 Blaze coaches Marcus Brougham and Geoff Salt have been delighted with their team’s performance so far this season. With nine consecutive victories and 27 points, Blaze have won the RASA Division One League Championship while the season still has three weeks to play, before the RASA Challenge Cup starts in August.

Commitment from all of Delta’s players has been the nucleus of their successive wins this season. Blaze have consistently fielded a large squad to ensure they maintain their strong attacking form, and with a league-leading goal differential of +22 (34 Goals for – 10 against) this team appears to be hard to beat.

Blaze would like to claim the remaining points from three final games to complete a clean sweep of the League but for now the victory and the Championship is theirs.

The majority of Division One teams take a break this week as many players are involved with the Nations Cup Tournament over this coming weekend, and the league table currently looks as follows. 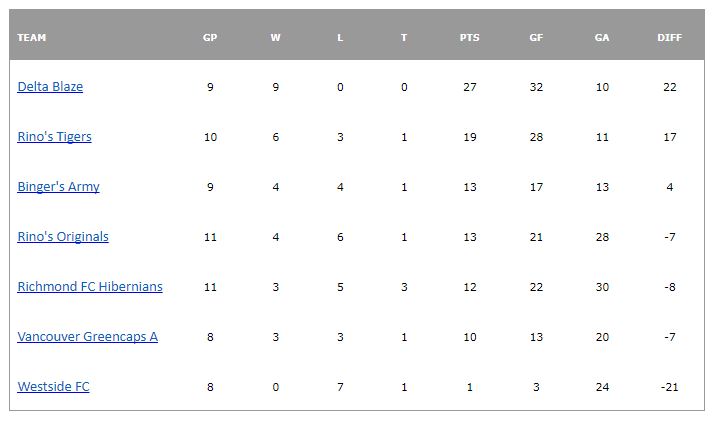 In Division Two, the title race has really heated up and the top of the table changed hands as Vancouver Strikers lost a close one to Richmond All Blacks by a score of 2-1, while United Nations beat Bombastic FC 4-0. Goal scorers for United Nations were Fraser Kirkland with two and singles by Matt Legge and Austin Gibbs.

The All Blacks were ready for the top of the table Strikers but overall it was a fairly even contest. The All Blacks took benefit of their chances and in the first half Nan Yang scored on a counter attacker to put them ahead. The first part of the second half belonged to the All Blacks and the Strikers defence let Zac Bowman fly through on the right side to put the All Blacks up 2-0. This sparked the Strikers, who came back fighting, and with 15 minutes left to play Bryan Archibald volleyed into the net to cut the score to 2-1. Strikers continued to press for the equalizer but with some great goalkeeping by Peter Procter of the All Blacks the game ended 2-1. 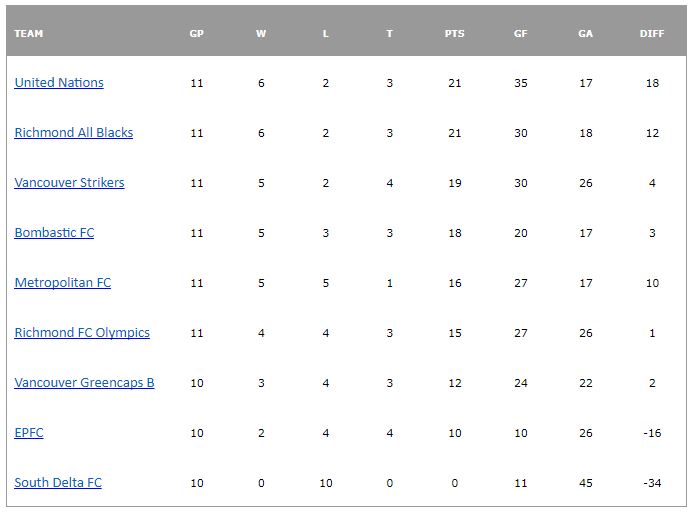