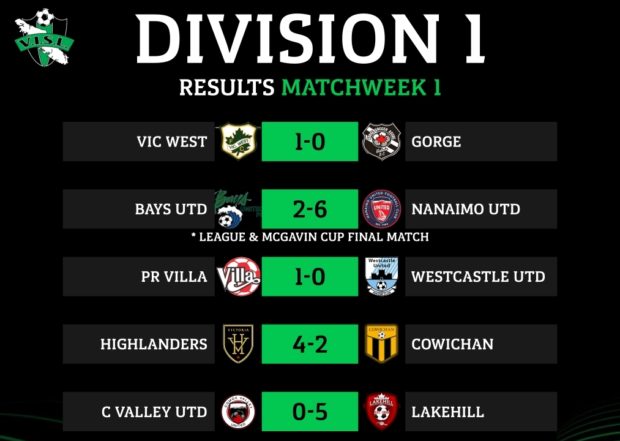 Last year at this time we were starting to implement the cohort model and barely playing, so it was great to see so many games happening this past weekend as the 2021/22 Vancouver Island Soccer League season got fully underway.

Unlike the last full season of Division 1 play, there was not a single draw from the weekend, so half the teams in action received full points, and that always can pay off big come the end of season.

The season started off with Vic West slipping past Gorge with a 1-0 victory. The loan goal was a penalty kick (to the dismay of Gorge supporters) scored by Jordan De Graaf. Earning the shutout for the Greens was Cameron Griffin.

Vic West carried a majority of the play, but Gorge was close on a few occasions to tie the game up. We are sure the return match will be spirited.

Next up was a double feature match that had Nanaimo United defeat Bays Utd 6-2 at Oak Bay High. The game was not only a divisional game, but also the McGavin Cup Final.

Braces from Calen Nwameme and Colin Jacques, along with a goal from Juan Rubiano and a Bays own goal saw Nanaimo comfortably secure the three points, with Patrick Nelson scoring both goals for Bays.

The match was all even at 2-2 by halftime, but Nanaimo opened things up and took over in the second half. An end result that was surprising as many goals were scored.

Saturday saw Powell River host Westcastle United at Timberlane Park, with the home side slipping by the visitors by score of 1-0 thanks to a Richard Murphy goal. Recording the shutout was game selected MVP, keeper Matthew Liknes.

Saturday also saw the Victoria Highlanders defeat Cowichan 4-2. Matthew Plaath hit a hat-trick for the Highlanders, with Logan Beaverford also getting on the scoresheet. Blaze Roberts and Dan Citra were on target for Cowichan.

This was another game that was level at halftime, but then a flurry of goals in the second half opened things up.

The final game of the weekend saw defending Garrison Cup Divisional Champion Lakehill FC shutout Comox 5-0. All goals came in the first half in this one from Thomas Mallette, Craig Gorman, Keegan Lang, and Blair Sturrock double. Earning the shutout in Comox with many fans cheering against him, was Lakehill keeper Hardeep Gahunia.

JDF All Flows had a bye week.

So all of this leaves the very early VISL Division standings as follows: 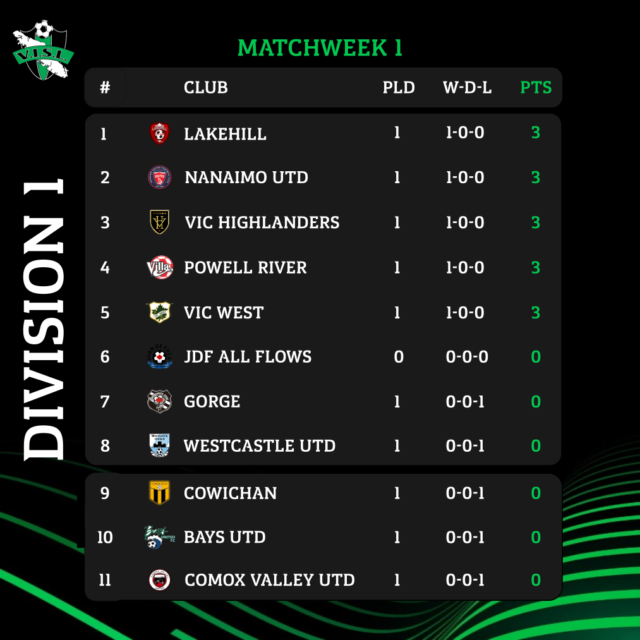 Cowichan have the bye this coming weekend, but here’s what’s in store for the other 10 sides. 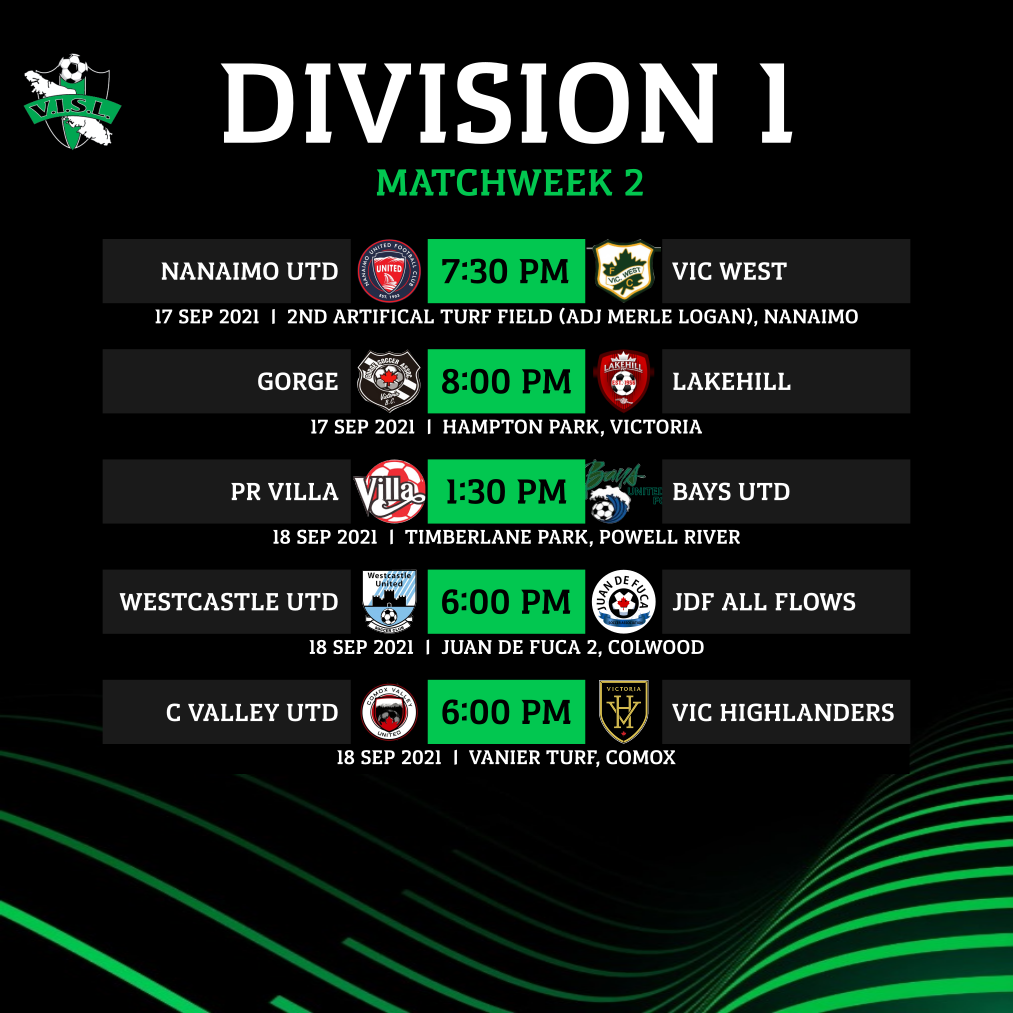 You can find all of the results, fiixtures, and standings across all of the divisions at VISL.org.