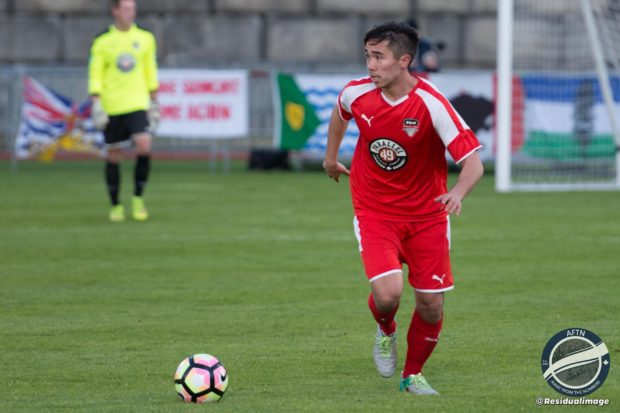 It’s been quite the season for Thompson Rivers WolfPack’s Mitch Popadynetz.

The fourth year forward’s seven goals and 10 assists for the WolfPack played a pivotal role in Thompson Rivers reaching the playoffs for the first time in the program’s short U Sports history, and saw Popadynetz named the Canada West Player of the Year.

A further goal and two assists in the playoffs saw another first for Thompson Rivers, a men’s soccer medal, as the WolfPack stunned defending national champions Alberta to take bronze last weekend in Vancouver, capping off a great year for the team and for Popadynetz personally.

“That was the first time we even made the playoffs and the Final Four,” Popadynetz told AFTN. “That game was a pretty big win, especially against a team like Alberta. We’re pretty excited. It wasn’t the colour that we wanted, but we’re still pretty happy with it.”

Popadynetz is in his third year with Thompson Rivers after making the switch from UBC following the Thunderbirds 2013 CIS Championship winning season.

The move was for academic reasons and forced Popadynetz to sit out the 2014 season, but UBC’s unfortunate loss has proved to be Thompson Rivers most definite gain, and the Nelson native has become a very key member of John Antulov’s squad.

“He’s been absolutely fantastic,” TRU head coach Antulov told AFTN. “Not just on the offensive side of the ball but defensively, he understands what he needs to do. I maybe keep the reigns on him a little bit too much, maybe in the future we can let him a little bit more offensively, and maybe get us some more points.” 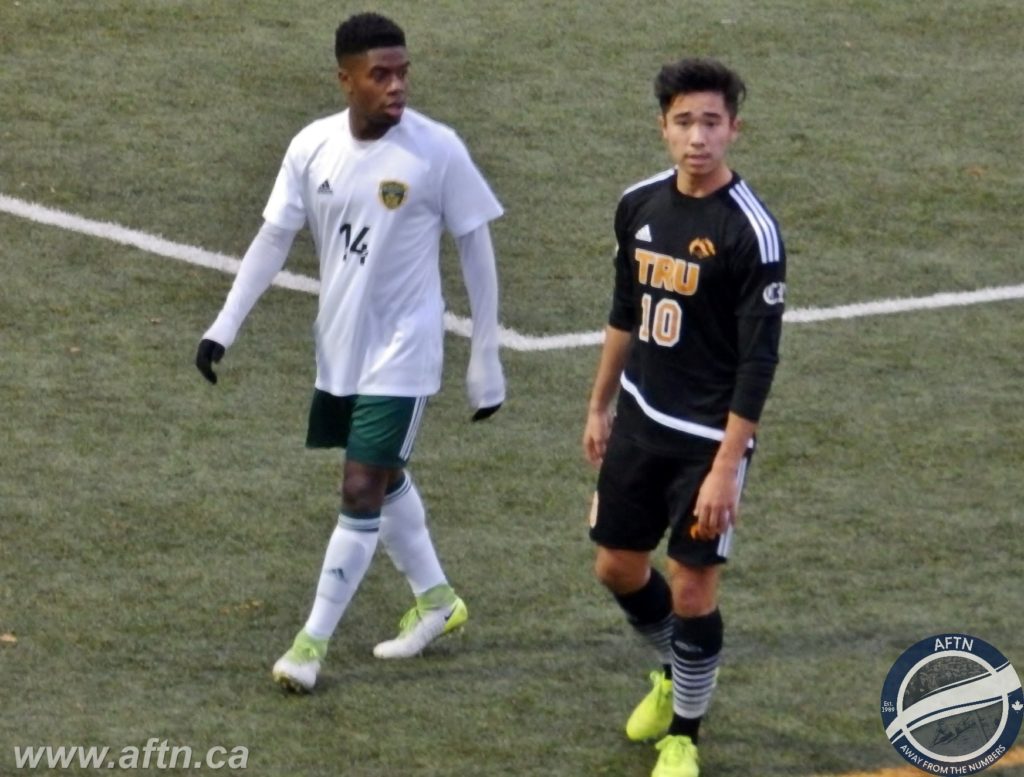 Part of the reason for Popadynetz’s improved defensive play can be traced back to his play with TSS Rovers in the PDL this summer.

Having seen limited minutes the season before with Victoria Highlanders, Popadynetz decided to play this year back on the mainland with the Rovers. With a stacked midfield and an injury ravaged defence, Popadynetz was thrown into a position not the most familiar to him, as a full back on the TSS backline.

He did well, making 11 appearances, and has been able to put what he learned with the Rovers to full use with the WolfPack.

“It was a lot of fun playing at TSS,” Popadynetz told us. “The coaches were really good and I also learned a lot. I also think our team is playing really well together, so it’s just kind of clicking. We’re creating a lot of chances and we just happen to be finishing them this year.”

This has certainly been a breakout season for Popadynetz, and his development both offensively and defensively, along with showing the leadership qualities Antulov was looking for from him, certainly bode well for the forward’s future in the game.

“He’s really turning in to an all-round footballer,” Antulov told us. “He’s understanding the game. But not only that, I think the big thing for Mitch this year was becoming a leader. He was a little bit more quieter, a little bit more laid back, but he’s really stepping in to that leadership role and it’s just making him an all-round, quality player.”

The attention of Popadynetz and his WolfPack teammates now turn to this year’s U Sports nationals.

Continuing a year of firsts, Thompson Rivers will be hosting the event in Kamloops, and the WolfPack playing on the national stage, for the first time. It’s a great chance to showcase the program and the players, and Popadynetz is confident their successful season in Canada West can see the team put on a good showing for the home fans.

“It’s a pretty special feeling,” Popadynetz said of hosting this week’s nationals in Kamloops. “We’re playing pretty well going in to it, with a win last week against Saskatoon and then a win against Alberta. This is kind of the best we’ve ever played, so I think that it’s good timing and it’ll be a little bit extra special because it’s at home.”