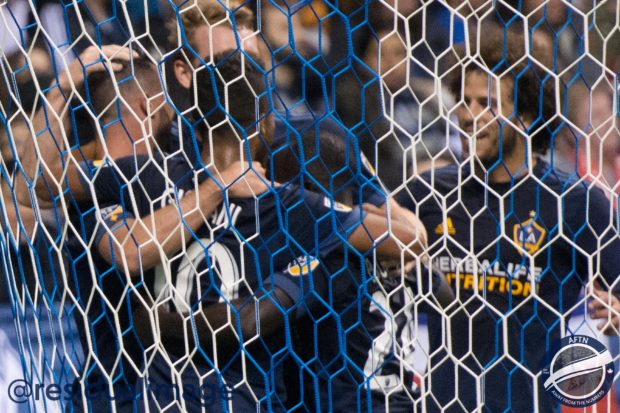 After last weekend’s controversial loss to Atlanta United, the Whitecaps return home to face the Galaxy, in an attempt to recapture the momentum they had prior to the trip to Mercedes-Benz Stadium. A win would make this the Whitecaps’ best start to a season since 2015, and they have a chance to break the club record for their longest home unbeaten streak in the MLS era (they are unbeaten in 10 straight dating back to last season).

The ‘Caps have appealed Kendall Waston’s red card from the Atlanta match, but even if the appeal is won Waston will not play on Saturday, as he has been called up to the Costa Rica national team and will be playing against Scotland in Glasgow on Friday night. The team’s defence will definitely look different to the Whitecaps faithful, as this will be just the second time since 2014 that neither Waston or the recently departed Tim Parker will start an MLS match. The first was in 2016 when Pa-Modou Kah and Andrew Jacobson stood strong in a 1-0 victory over Houston, also in the fourth match of the season. Aaron Maund and José Aja will likely draw the start, and it will be a chance for both of them to show what they can do without the Towering Tico in the fold.

The good news for the ‘Caps comes from the injury front. Per Farhan Devji, Kei Kamara, Marcel de Jong, Aly Ghazal, and Doneil Henry all trained in full this week, so they could all possibly factor into Carl Robinson’s plans for Saturday.

In terms of trying to guess how the ‘Caps will line up against the Galaxy, there are numerous possibilities. Do they try to line up with three at the back again? It seems unlikely given the absence of Waston, but if Henry or even Ghazal are ready to go it could be a possibility. If the ‘Caps go back to a four man defence, it will be interesting to see who lines up at left-back if de Jong is not 100%. Either Alphonso Davies or Brek Shea could slide back there, or maybe we could see Brett Levis or Justin Fiddes get a start.

There are similar questions in the middle of the park. Russell Teibert started both of the first two matches, but dropped to the bench in Atlanta. Does he slide back into the side? It’s hard to draw meaningful conclusions from that Atlanta match, but did Jordon Mutch do enough to warrant another go? What if Ghazal is healthy? Efraín Juárez is the only centre-mid to have started all three matches, while Felipe has started the last two after coming off the bench on opening day. Are they both entrenched as starters?

Personally, I don’t think anyone in the midfield is. Yordy Reyna has not had a great start to the season, but he showed last year he’s a big difference-maker when he’s on his game. Whether he starts or not could depend on the formation Robinson wants to use, as Reyna did not look that great on the wing against Houston two weeks ago.

Up top seems to be more straight-forward, as I would assume Davies and Kamara (assuming health) are more or less locks to start. Davies has had electric moments in these first few games, even at left-back, and he will hopefully be put in a more attacking role on Saturday. Kamara has two goals and an assist in two games, and seems to be rejuvenated here in Vancouver. An interesting name to watch out for is Cristian Techera. Techera has been an integral part of the team for the last few years, but after starting (and recording an assist) on opening day, he did not see the field in Houston or Atlanta. Does he draw the start now that the ‘Caps are back at home, or is this a sign of things to come for El Bicho?

For the Galaxy, an offseason of change has yielded an up and down start to the year. They opened with a 2-1 win over Portland, but were bossed by NYCFC in a 2-1 loss where Ashley Cole was sent off. They will be stretched a bit thin due to a slew of injuries: both Giovani and Jonathan dos Santos are confirmed out for the game with hamstring injuries, while Romain Alessandrini and Joao Pedro are both still recovering from hamstring issues of their own (though they might be fit enough to feature on Saturday). Bradford Jamieson IV is battling a concussion, and new centre-back Michael Ciani is dealing with a groin issue. Combine all that with Cole’s suspension and an international call-up for Ola Kamara, and the Galaxy are really limping into BC Place with up to 11 players possibly missing.

Of course, the Whitecaps cannot view this as an automatic win, as a similar situation occurred last summer, when Portland Timbers came to town with only 17 healthy players and beat the ‘Caps 2-1 at BC Place. Hopefully the team has learned their lesson from that experience, and won’t take any game for granted.

After Saturday, the Whitecaps head back out on the road for a two-game swing at Columbus and Real Salt Lake – two solid opponents – so hopefully they can grab a nice home win before hitting the road again.