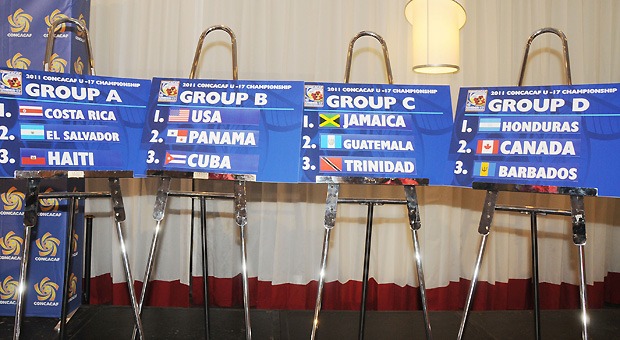 Canada reached the final of the CONCACAF Under 17 Championship in Jamaica this afternoon following a nervy 1-0 win over the tournament’s surprise side Panama.

The only goal of the game came after just 9 minutes, when Luca Gasparotto headed home. After that it was backs to the wall stuff at times. Panama had the Canadians under the cosh as they looked for an equaliser and were unlucky to see two fine second half efforts crash off the woodwork.

Canada held on for the win though and made it four clean sheets in their four games played. They’ve become a hard side to break down.

Sunday’s final appearance will be the first time the under 17’s have found themselves in such a position. Their best finish to date has been finishing third on four previous occasions. Now they have the title in their sights, with only the USA standing between them and the trophy.

It’s been a great performance for the kids. 19 members of the 20 man squad are training with one of the big three Canadian clubs and five of whom are with the Whitecaps FC Residency program – Bryce Alderson, Wesley Cain, Matteo Pasquotti, Adam Polakiewicz and Daniel Stanese.

Reaching the semis of the tournament means that the lads will also be taking their place at the Under 17 World Cup in Mexico this summer, the first time they will have qualified for the tournament since 1995. Then they crashed out in the group stages without winning a game or earning a point. I don’t think we’ll be seeing that happen again this time around.

Canada hosted the World Cup in 1987, when it was competed for at under 16 level. Again they finished bottom of their group with no wins and no points.

Scotland hosted the tournament the next time out (1989) and I was fortunate enough to be at a few of the games. It was a cracking tournament that gave me some great memories. Thousands of fans being locked out of Hearts’ Tynecastle Park for the Scotland-Portugal semi final was just immense and the 29,000 of us that made it inside went mental when Scotland scored the only goal of the game.

There was some fantastic football on display and it was probably the only time in my lifetime where I’ll be able to say that I was in attendance when Scotland played in a World Cup final. For the record, we lost 5-4 on penalties after drawing 2-2 after extra time against a Saudi Arabian team that had fully grown moustaches and much bigger builds. It really was men against boys.

Great tournament though and watching Canada in this qualifying campaign has brought all those happy memories flooding back. I really wish that Canada were bidding for this again in 2015, but the Women’s World Cup is cleary the priority to bring here.

Hopefully the Canadian guys can do the business in Mexico. I’m also hoping that they’ll be joined by Scotland if they can get through the European qualification path which starts next month.

Two teams to cheer on in a World Cup – heaven!