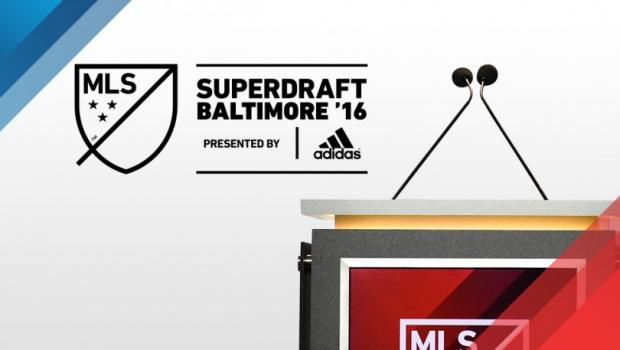 After three long hours, the first two rounds of the MLS SuperDraft are now all finally done and dusted. There were some interesting moves and Chicago and Philadelphia were the busiest by far. Not unexpected considering their needs to rebuild.

For Vancouver Whitecaps, all the rumoured drama didn’t play out (who’d have thought the baseless rumours sites/mongers on Twitter would have got it so wrong?!!) but they have come away with some interesting picks, more on which shortly.

Caps coach Carl Robinson had previously said that a new right back wasn’t his key priority in the draft, and he was true to his word, instead picking to fill positional needs and adding a right side centre back, who can also play right back, and two forwards.

“A very good day for us,” Robinson told reporters on a conference call after the draft in Baltimore. “Obviously we’re very happy with the picks that we chose. I addressed the need for us. I identified the player Cole Seiler, who we wanted in the first round, and second round was based upon our positional needs. So yeah, we’re very happy.”

Robinson admitted that they did consider moving up, but only a few spots, and Greg Anderson, Vancouver’s Vice-President of Soccer Operations, was seen chatting with DC for the 13th pick (Caps had 16th).

“We did try to move up a couple of places once it got past 10,” Robinson said. “Because the boy we wanted, Cole, we actually thought might go earlier. So for us to maybe make a move to move up three or four places, we thought was the right thing to do and we were willing to do it to get Cole.

“We got rejected and the other club went with another team but it fell into place and we ended up getting the guy we wanted. Someone must have been smiling on us!”

But the top, top picks were seemingly outwith the Whitecaps budget of choice, even if there was any temptation to fill their right back hole, with some of the top selections.

“We heard rumours that [Keegan] Rosenberry might go in the top five,” Robinson said. “But the price value of the top five picks was a little bit too rich for us at the time, based on what we thought whether they’d be ready to come in and play. We decided not to do that and it was the right decision.

“[Joshua] Yaro and Rosenberry and [Jordan] McCrary went pretty early and it made our decision, not easier, but more comfortable for us, because if we would have had the six, seven, eight, we would have picked Cole again. Higher than some of the GA’s and signed seniors. It didn’t really make any difference in the end, but as soon as we knew the equation was a little bit too rich for us, we knocked it on the head.”

But it would also appear that the ‘Caps didn’t need to look in the draft for a right back. That seems to have been taken care of beforehand, involving a trade within MLS for an experienced player instead of an untested rookie.

“We’re in the market for a right back,” Robinson freely admits before revealing, “There’s a possible option that’s come up recently, so we’re trying to get that over the line. Did that affect our draft pick? No, because we liked the boy Cole.

“We identified in the draft possible right backs, but too early, so it wasn’t a big thing for us. At the moment, we’re close to trying to agree or get it over the line. But until it’s 100% done, you never know.”

That trade is expected to be announced on Friday and could very likely see the likes of Darren Mattocks or Erik Hurtado heading to pastures new. We have, of course, expected this many times before! Robinson admitted there’s been a lot of interest in his players but didn’t want to have to many ongoing discussions down in Baltimore. Well, not prior to the draft anyway.

“There was a lot of trade discussion for me and my players,” Robinson revealed. “But I didn’t want to get involved in that because we were focussing on the draft. Generally, there always is, but a lot of it is they’re wanting to find out what you’re doing with certain players. You got to listen to it but we decided not to do anything because we don’t think it’s right at this time.”

So putting that little teaser on the back burner for now, with three picks in the first two rounds, the ‘Caps have now added Georgetown centre back Seiler and forwards Chris Hellman (from D2 school Lynn) and Thomas Sanner (from Princeton) to their preseason camp. Will any or all of them make the MLS or USL rosters? Well the potential is most definitely there and it’s now up to all three players to grab their opportunity.

Robinson is obviously keen to see them do just that and although the club will help them along that path, it’s up to them now.

“With all these young players in the draft, they’ve all got strengths and weaknesses, otherwise they’d all be playing in Europe when they were 17, 18. 19 years of age,” Robinson said. “We know we’ve got to work with him but we’re willing to work him and we show that on a daily basis.

“I’m lucky I’ve got a very good staff to work individually with them. We’ll get them on individual plans and strengthening plans and fitness plans and we’ll give them the best possibility. Will we be able to get them to take their chance? No, but he can do that once we’ve given him the platform and we’ve just given these boys the platform after today’s draft.”

The draft is still a bit of a lottery, especially when you get down to the later stages and no-one really knows that any of these players will be able to cut it for a career at the top level of the adult game. It’s for that reason that Robinson and his team look for other attributes when it comes to their selections.

“Once you get past certain first round picks, depending on positional needs, it’s much of a muchness,” Robinson admits. “You need to get lucky sometimes and you need to make decisions based upon the background you’ve done.”

It’s that background and character that Robinson seems to covet most and is part of the reason that Vancouver have one of the best, if not the best, dressing rooms going in MLS.

Robinson has consistently said that the SuperDraft is just one mechanism of many to build his squad and the club (including the USL team). The ‘Caps are switching their draft focus under Robinson, ditching the flashy players for more evenly based, steady, character guys.

And it was having all of that in abundance that made Seiler Robinson’s go-to guy in this year’s draft.

“Yeah, slightly I am,” Robinson said of changing the club’s drafting philosophy. “It’s easy to say or suggest you are going to, but a big focus for us is character. With Cole, he walked into the room and I asked him strengths and weaknesses and he opened up to me and he said what he thought his weaknesses were, and I challenged him with a question about what he would do in a situation, and there wasn’t an answer to the question, it was an open-ended question.

“Whichever way he answered it, I could have gone round the other way. But he thought about it and he came back with both possible answers and I thought ‘woah, okay’.

“He’s a smart boy, he’s played in a successful team, he’s an organiser and a leader. So those guys probably go under the radar but they’re important to building teams. We’re not building this organisation for the next year, we’re trying to progress from last year, this year, but we’re also building the club.

“These young players, whether they come through the draft or our Residency program, which we know is good, are part of that process. Sometimes it’ll work and sometimes it won’t. If the player doesn’t stay within the club, then people will say it’s not as good as you wanted. But I think it’s a very important mechanism to get players. Will you get three, four, five, six players in one year? No you won’t. But will you get one? Yes you will.”

Robinson will certainly be hoping to have unearthed at least one other diamond with Seiler, but Sanner, and particularly Hellman, may give him and the Whitecaps that little bit extra from this year’s draft.

With preseason training camp kicking off next Friday, we’ll get our first look at all three, and the three players selected in next week’s third and fourth rounds, in more detail.

We’ll have interviews with all three players selected so far on AFTN over the next day or so and a special podcast at the weekend, so watch out for all that. In the meantime, good luck to them all and welcome to Vancouver!