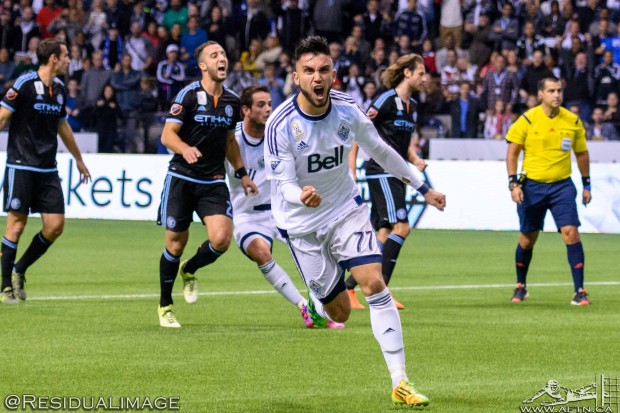 It was also a night of blown chances, blown calls and blown opportunities.

Vancouver Whitecaps went down to a 2-1 loss to big spending newbies New York City FC. The post match talk was all about Ricardo Salazar’s two horrendous penalty decisions but now that the dust has settled, ‘Caps fans need to look at the continued wasted chances by the team and the inability, once again, to get any breathing space at the top of either the Western Conference or Supporters’ Shield standings.

Those around them are doing Vancouver massive favours right now. That won’t last forever and certainly won’t be the case when the last month of the MLS regular season kicks in.

The ‘Caps need to refind their scoring touch pretty damn quickly if they want a home playoff game, never mind a top two finish or a title. 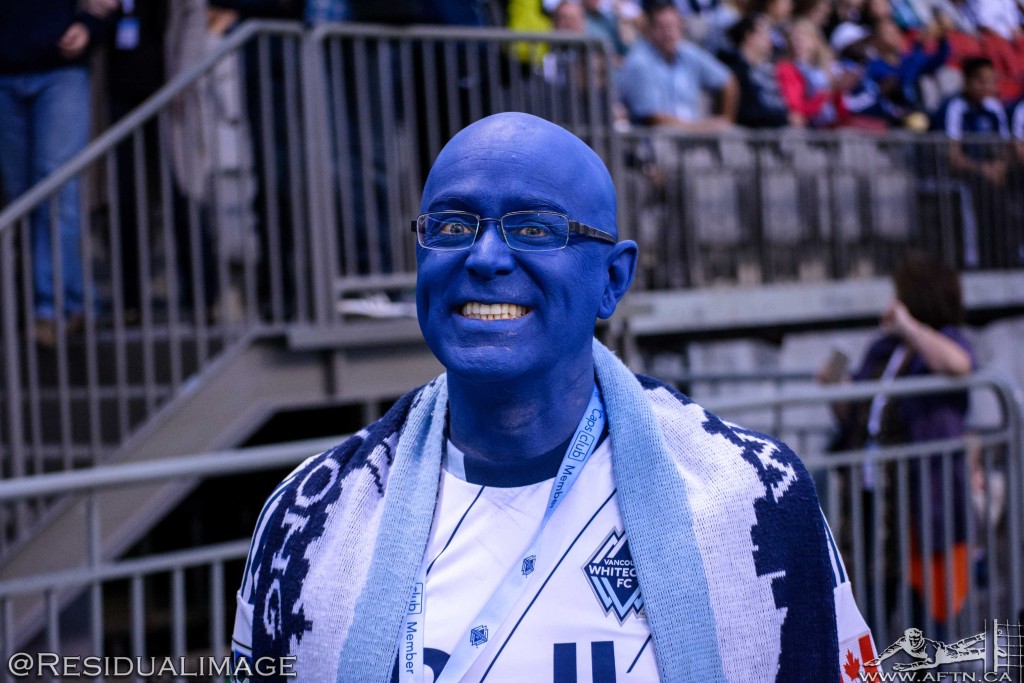 Blue before the game, most certainly bluer after it. Awesome job though! 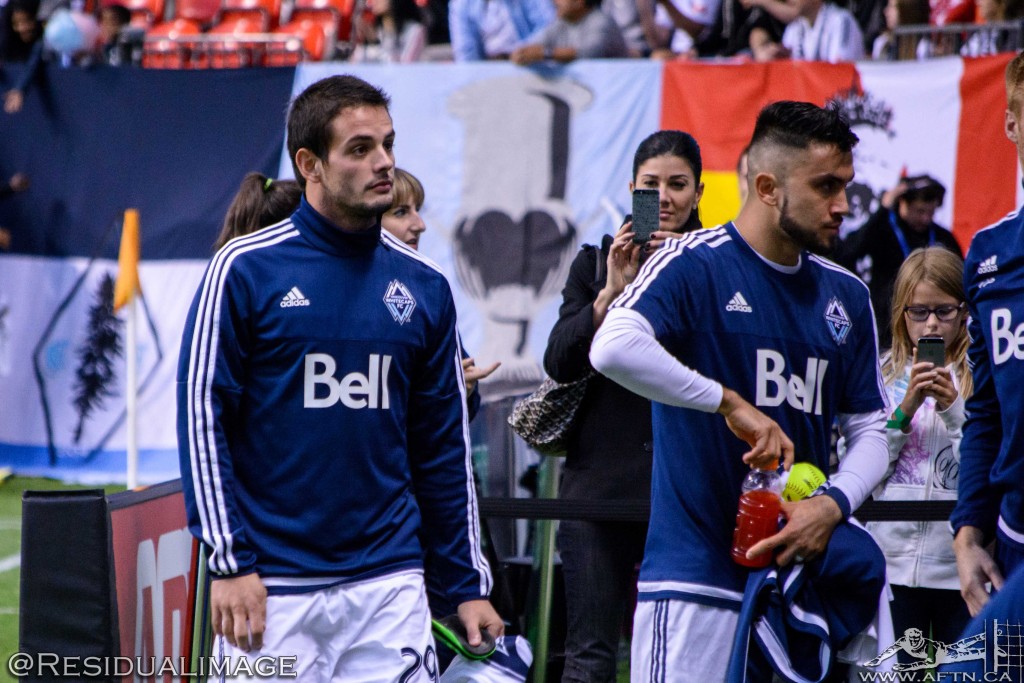 NYC started all three of their DPs, while injury concerns kept two key Vancouver DPs on the bench 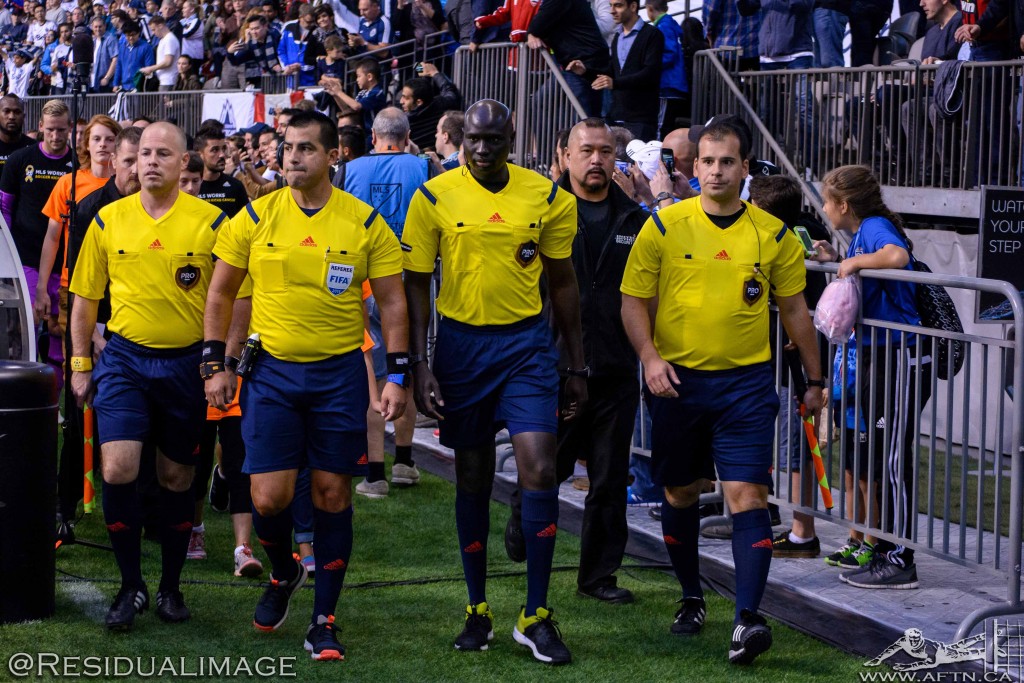 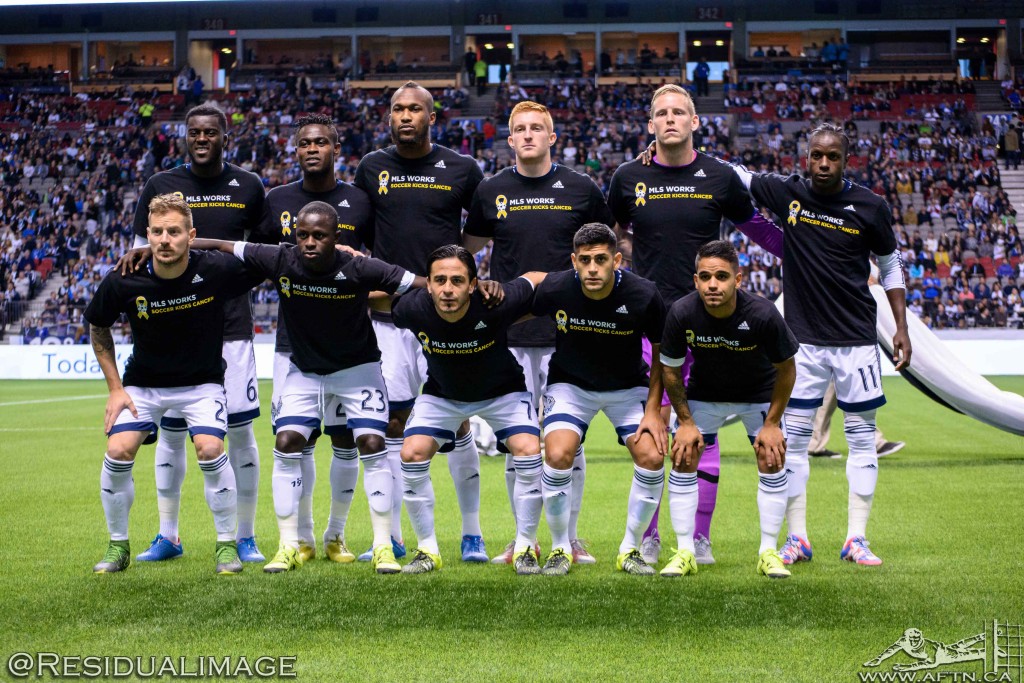 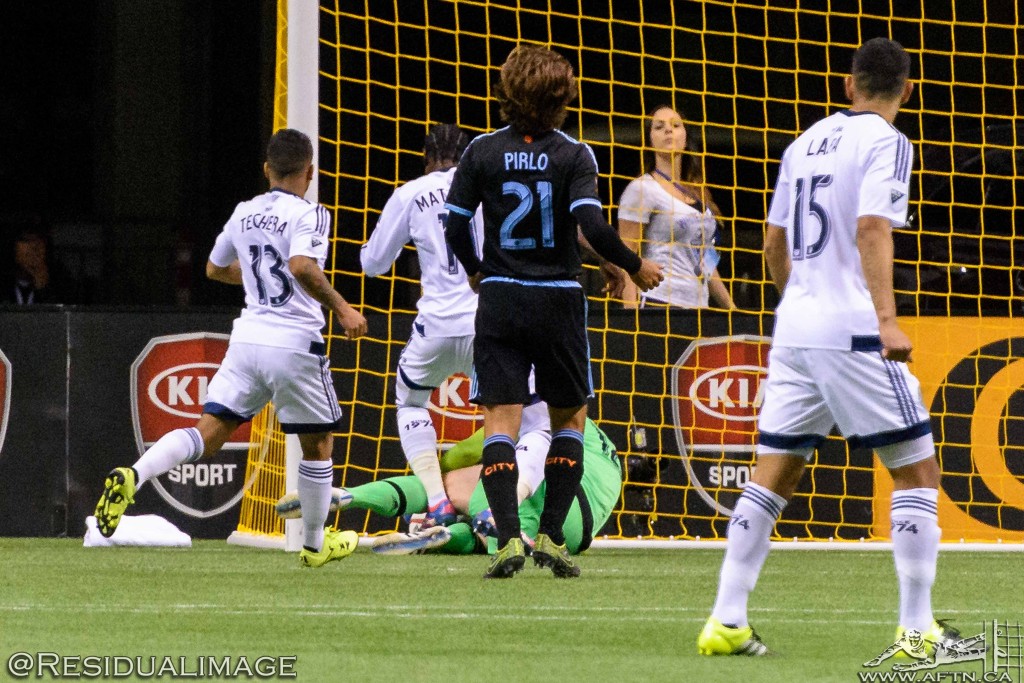 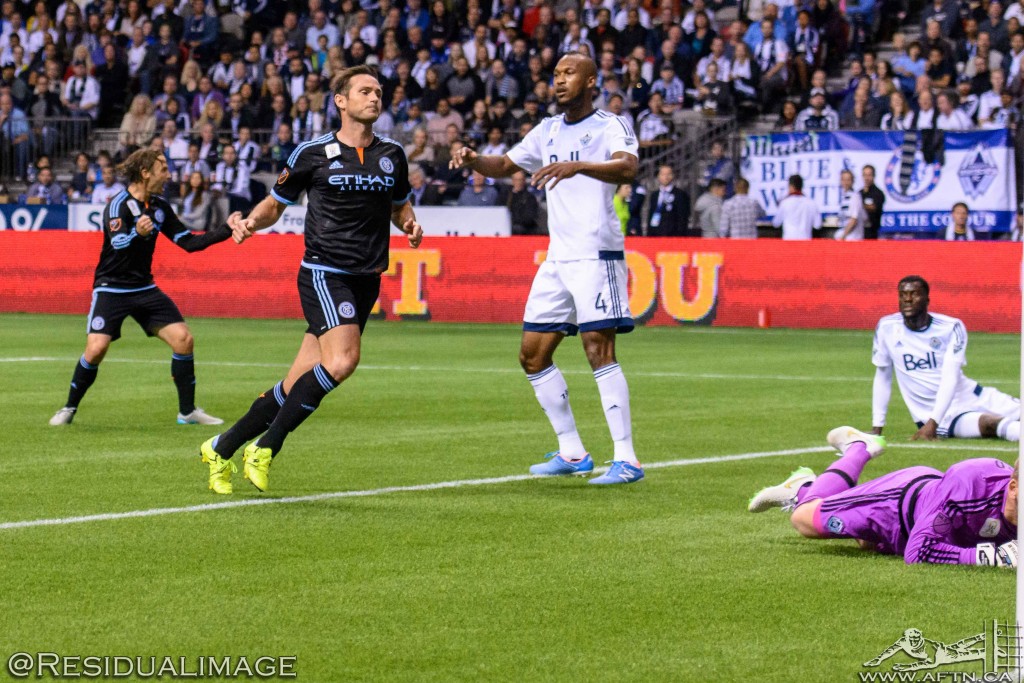 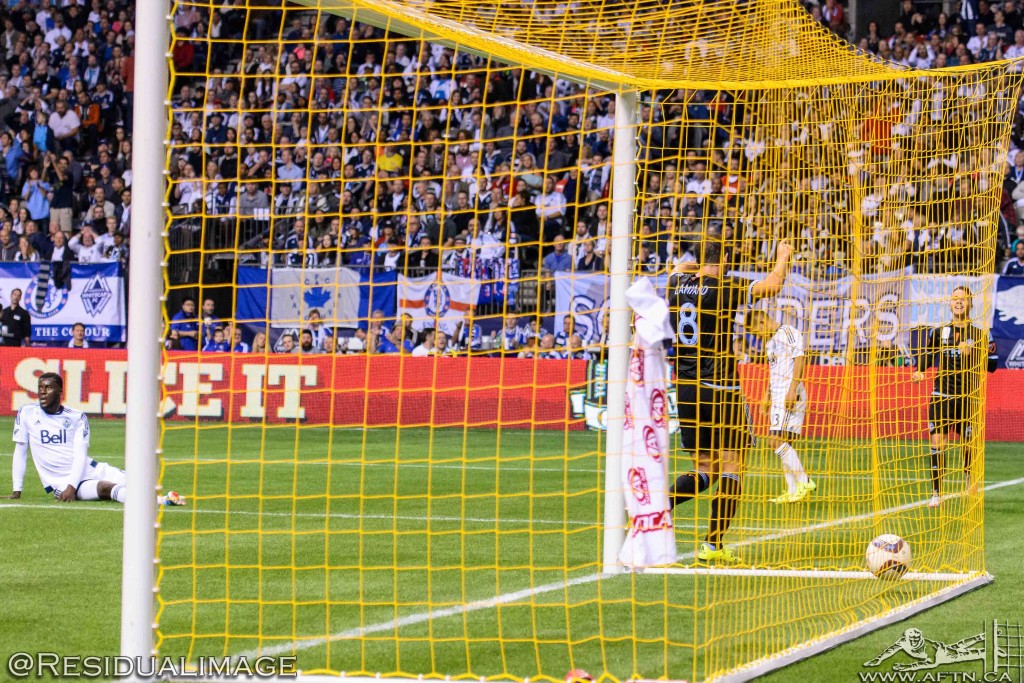 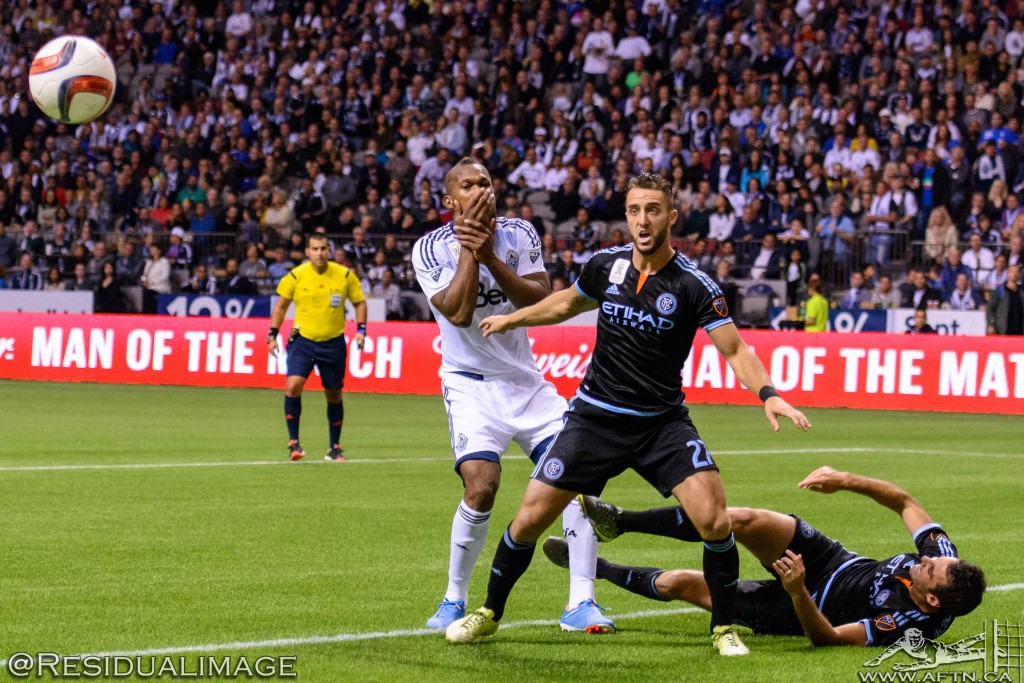 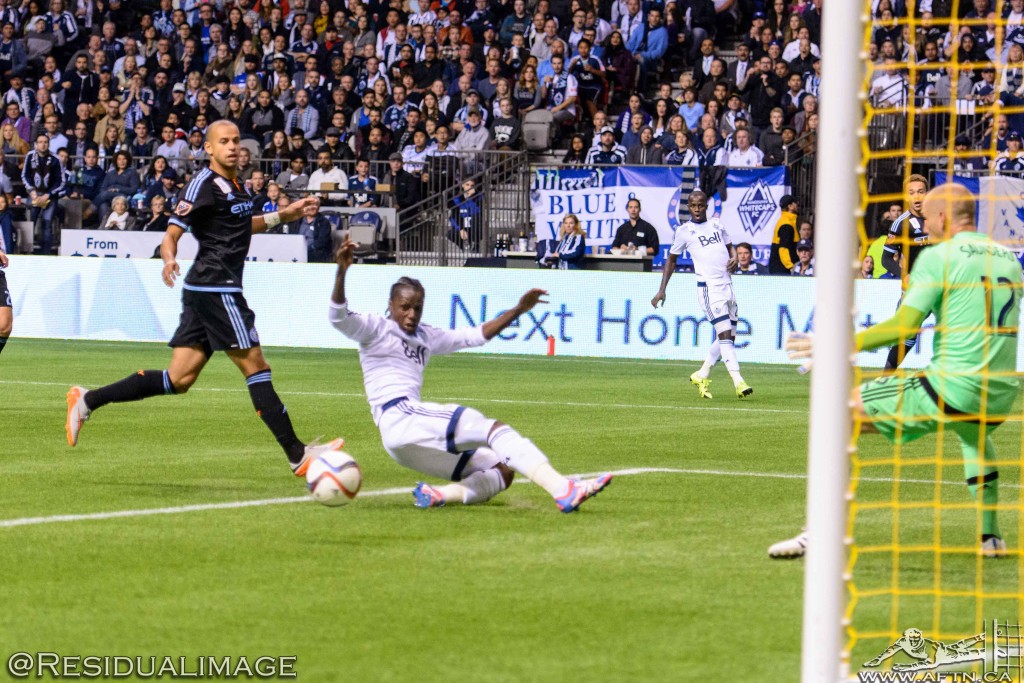 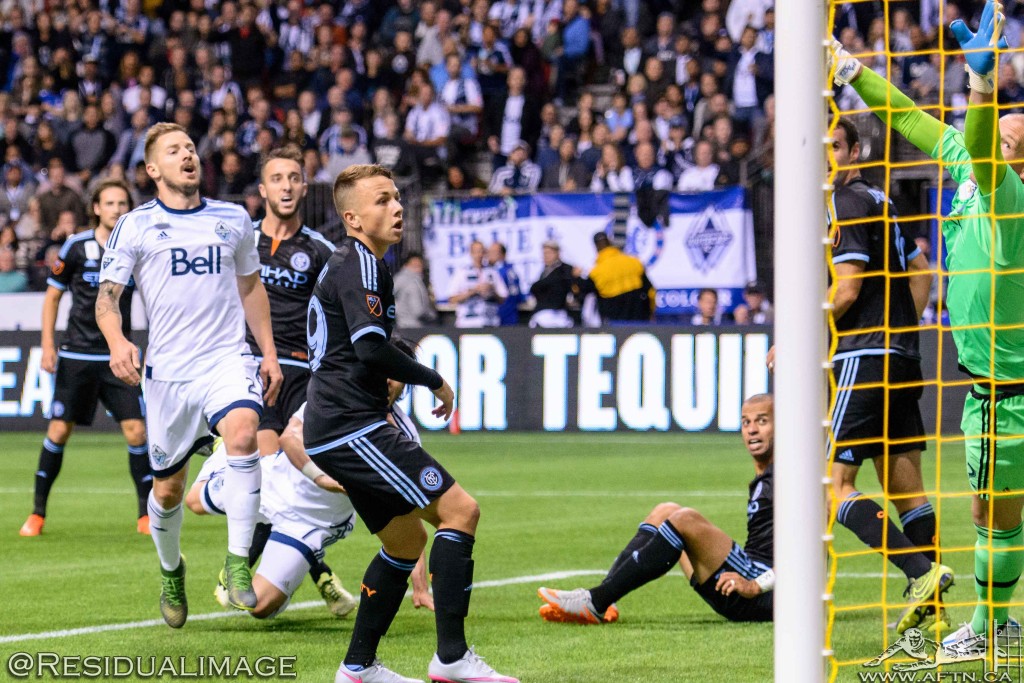 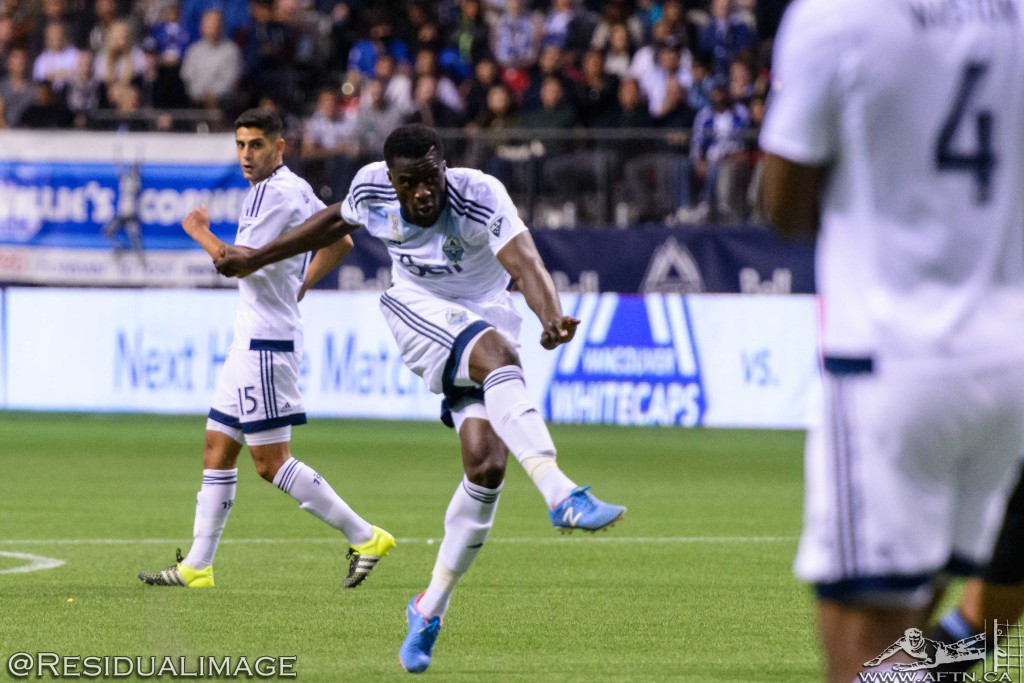 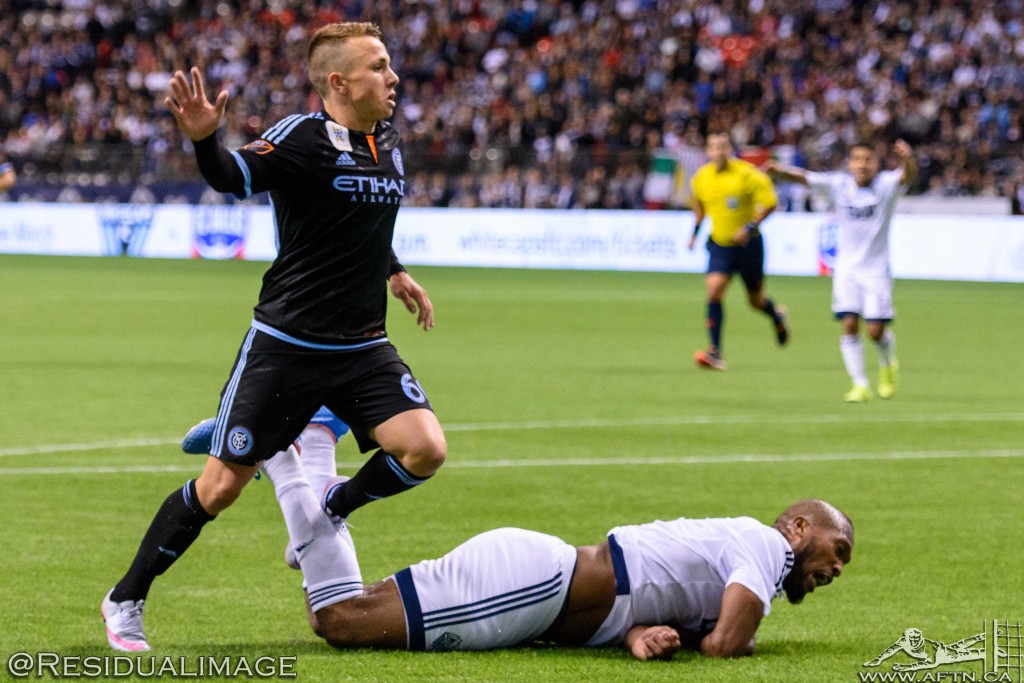 As Waston goes for the rebound, he hits the deck after a tussle with Angelino. Didn’t look like a penalty at the time or later! 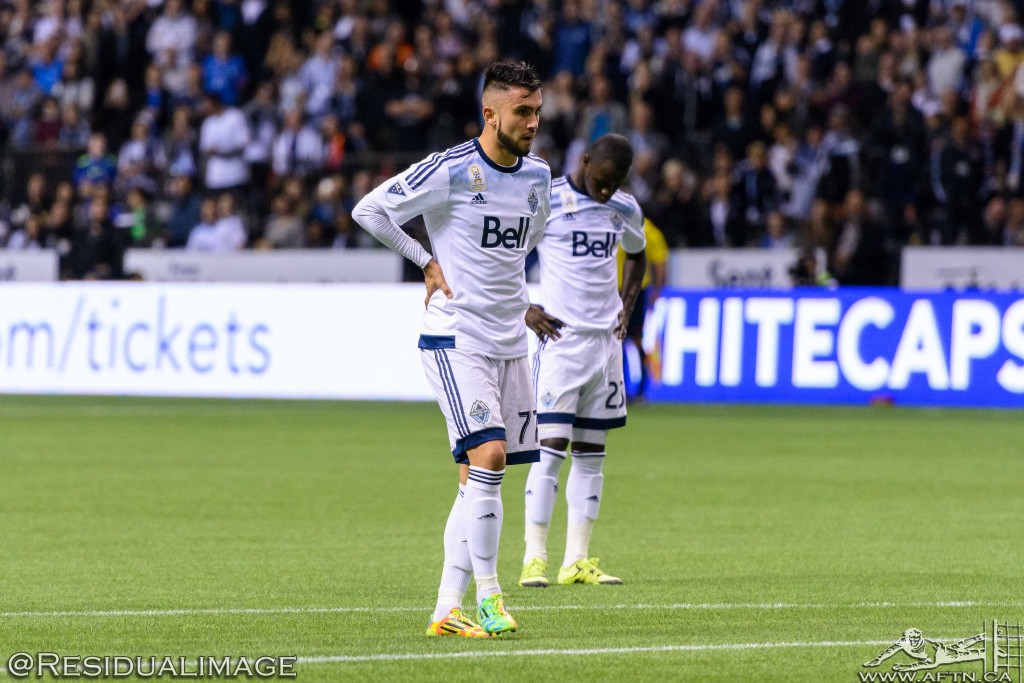 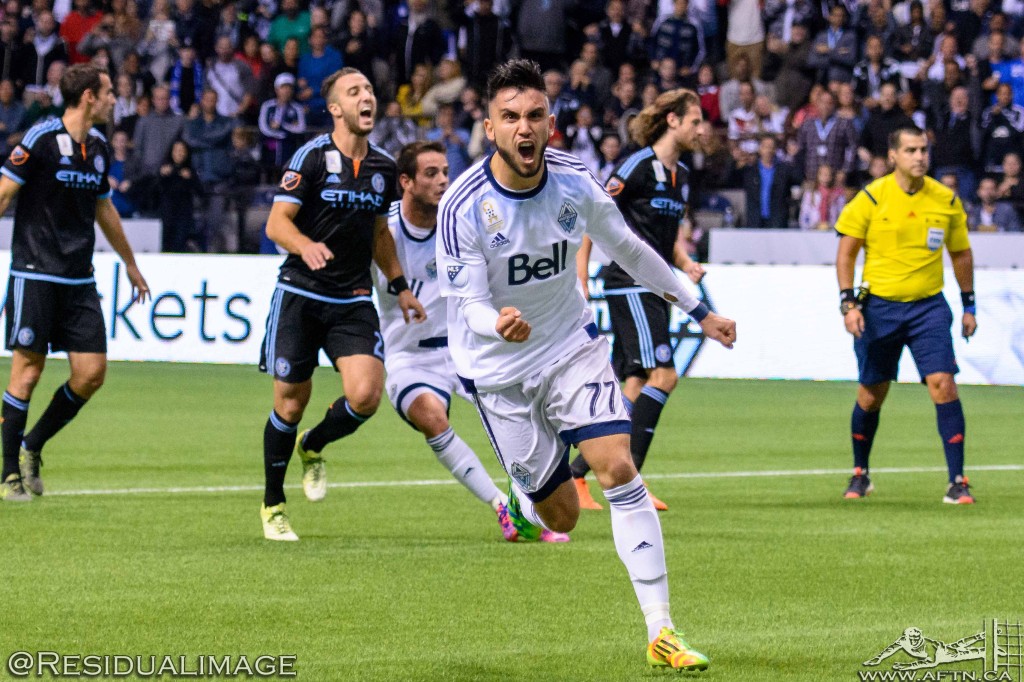 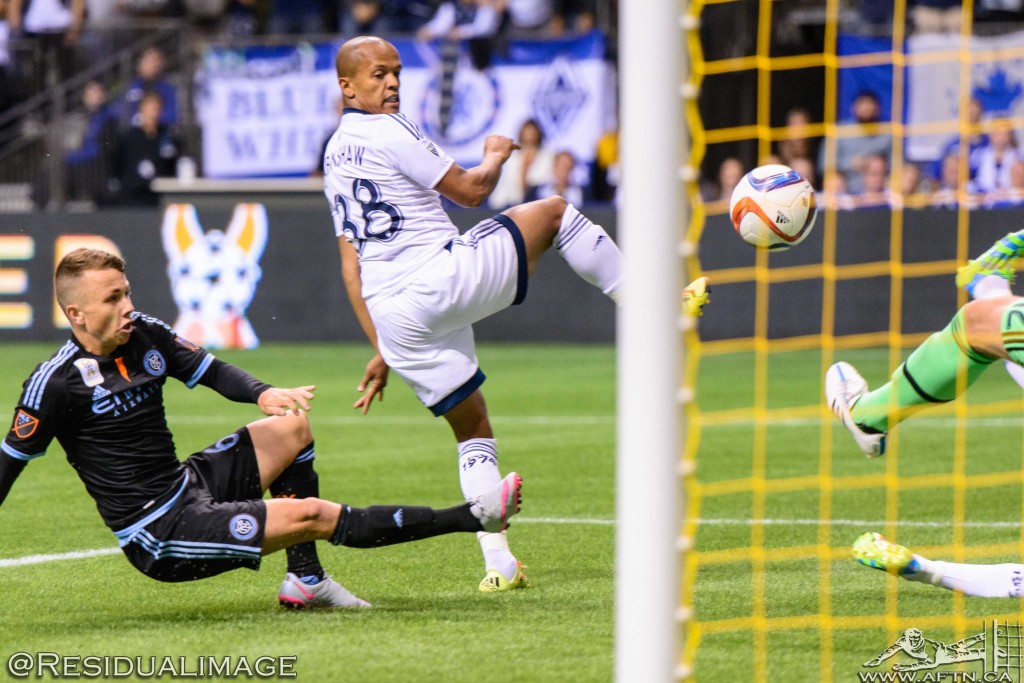 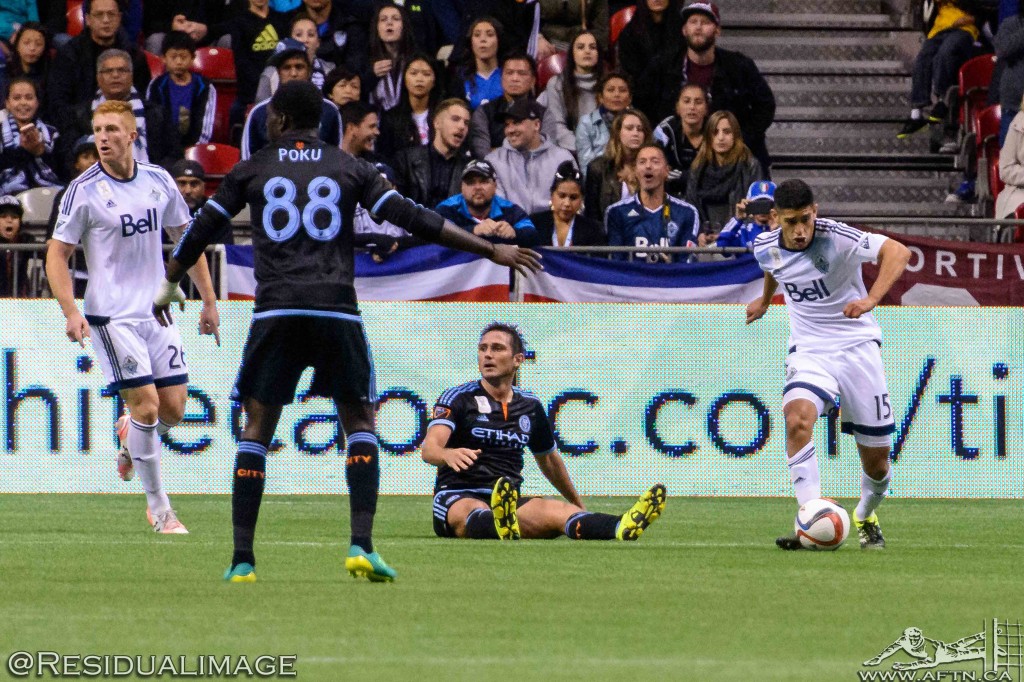 But then in the 94th minute, referee Ricardo Salazar strikes again after Mati Laba’s perfect tackle is ruled a foul and another penalty 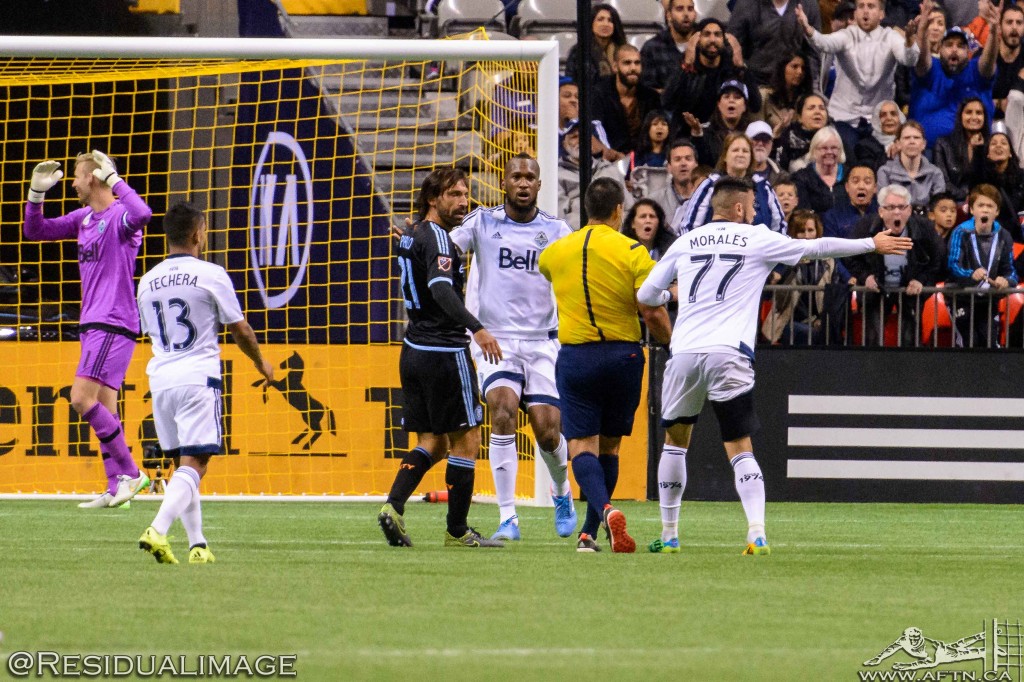 And the Whitecaps simply cannot believe the idiocy of the decision 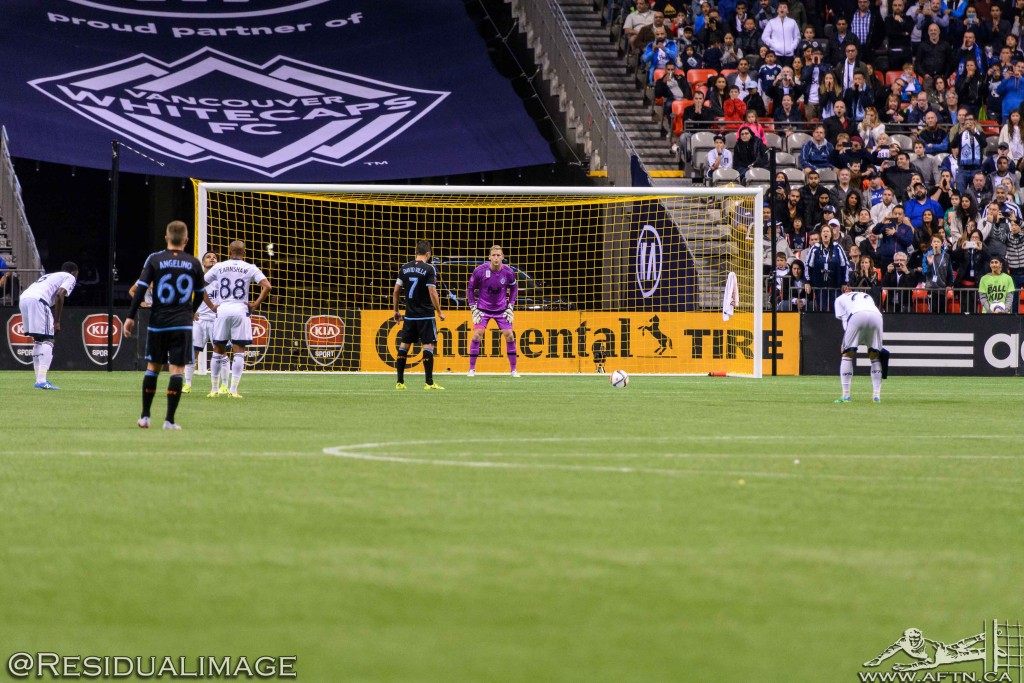 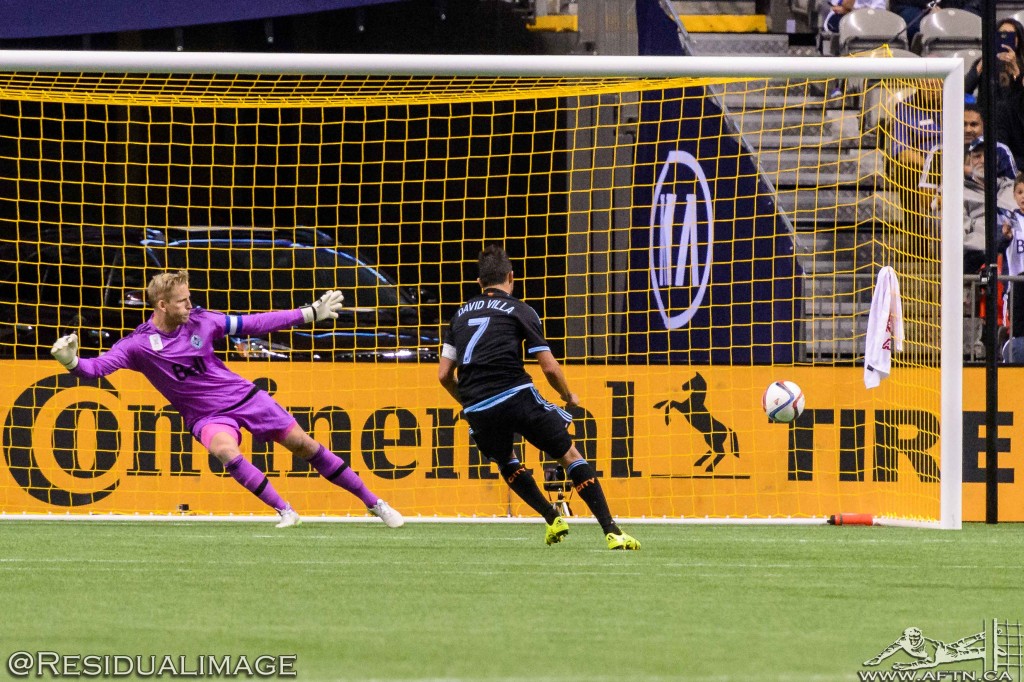 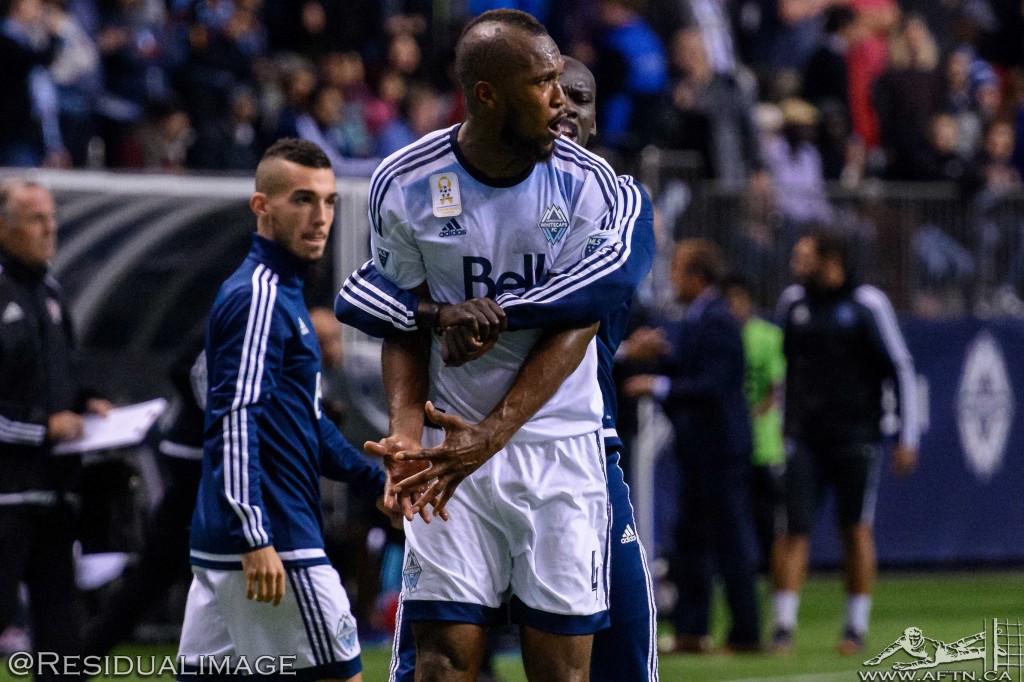 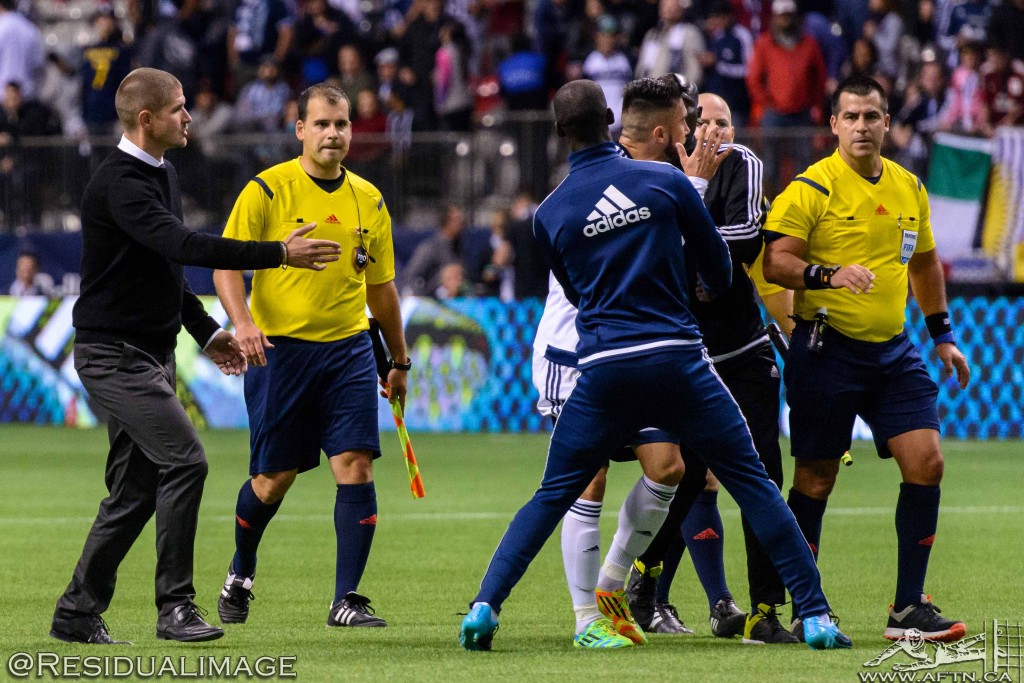 Morales also has to be held back from Salazar 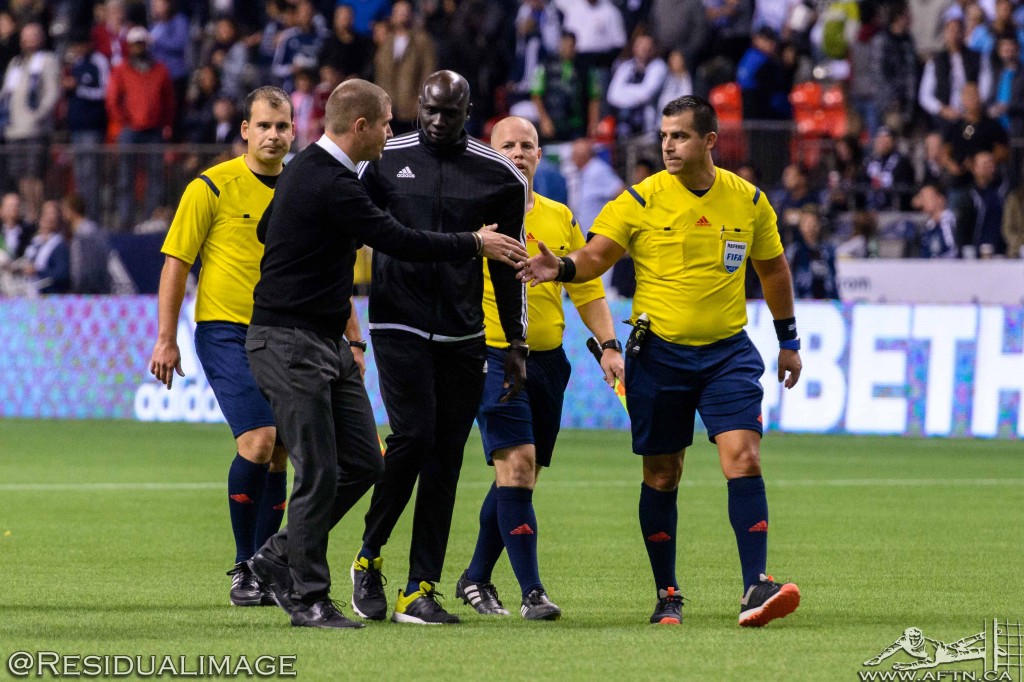 Robbo extends his hand to the referee 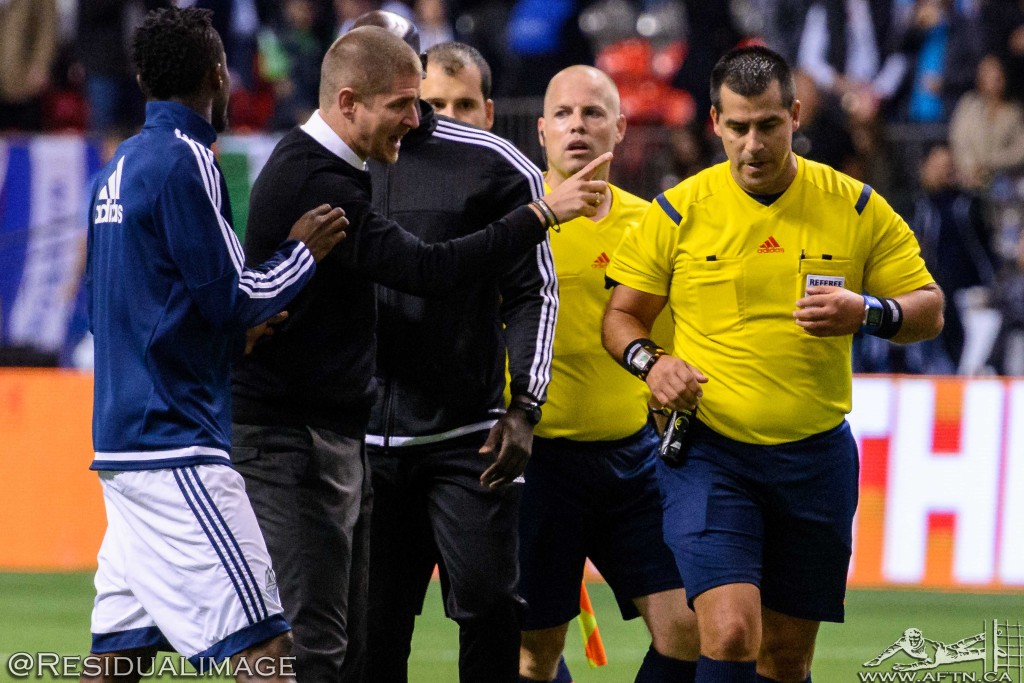 Before making his own point about how dreadful he was (we presume!)