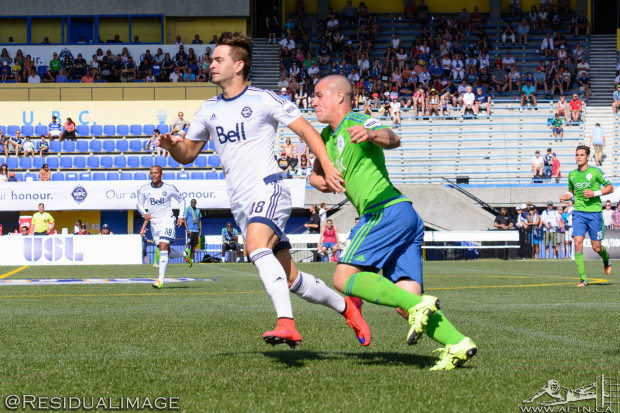 The 2015 USL season comes to a close in Rochester on Friday evening as the hometown Rhinos host Los Angeles Galaxy II in what is sure to be a fiercely contested Championship game.

It’s been a successful season for the league, which expanded by 10 teams to 24 clubs this year and will be expanding by a further five teams for the 2016 season. It also marked an increase in attendances for the fifth straight year and the league is still pursuing classification as a D2 league from the USSF. A goal which they hope to have achieved by 2017.

But more on all those things tomorrow, as we bring you a recap of USL President Jake Edwards’ “State of the League” media conference call.

The USL season ended for WFC2 a couple of weeks ago, as Vancouver Whitecaps’ new USL side failed to clinch a playoff place, missing out on the postseason by 12 points in the end and finishing second bottom of the Western Conference.

It was an inaugural season that saw successes, failures and initial teething problems, both on and off the pitch, but for me personally, I loved seeing the ‘Caps back in the USL and am already anticipating what next season may bring in terms of action, development and hopefully success.

WFC2 were one of the ten new expansion teams, as MLS clubs switched from often unsatisfactory or unproductive affiliations, to fully blown teams of their own. The ‘Caps were joined again in the USL by their Cascadian counterparts, Seattle Sounders 2 and Portland Timbers 2 (or S2 and T2 as we’ll just refer to them from now on).

All very fitting considering the long history and rivalry between the clubs in the USL. It was in the old USL after all that the Cascadia Cup was born.

Matches between the ULS sides produced some of the bite you want from local derbies between these sides, whether that be at U16 level all the way up to MLS.

Portland finished three places and five points better off than Vancouver this season, with Seattle faring even better and clinching that sixth and final playoff place before bowing out in the first round.

All three teams gave valuable competitive minutes to their MLS fringe players, key developmental minutes for their homegrown products, and produced a couple of players who could be turning out for the first team in years to come if their upward momentum continues. Victor Blasco being the standout WFC2 player from those without an existing MLS contract, and Brett Levis not too far behind.

Attendances were mixed for the three sides and towards the lower end in all of the USL. The impressive Sacramento Republic led the way with a regular season average of 11,323 fans. At the other end of the spectrum, FC Montreal drew an average of only 313, with Toronto II not far ahead of them with a 445 average. Roll on that Canadian league, eh.

Portland drew best from the Cascadian teams, averaging 3,122 from their 14 matches at Merlo Field, which is a wonderful venue for the side and invokes memories of the ‘Caps playoff win there in 2010. Great sightlines all round, grass pitch, nice surrounding and you’re right on the pitch. It’s well worth a visit.

Seattle had an average of 2,045 at a slightly renovated Starfire, while Vancouver drew 1,682 at Thunderbird Stadium, a figure clearly based on tickets sold as opposed to bums on seats at times.

Certainly room for improvement attendance-wise for all three Cascadia teams.

One thing which would certainly help bring that about would be better scheduling.

Co-ordinating MLS and USL schedules to create double header weekends in all three cities when the MLS teams come to visit. Hopefully then tapping in to and drawing on the large travelling support that each club brings to the Cascadia Cup clashes.

It makes perfect sense and the league agrees.

“We have spent time with the good folks of Vancouver and Seattle and Portland,” USL President Jake Edwards told AFTN in reply to a question we asked him during Thursday’s conference call. “We are working hard with them to promote the Cascadia rivalry, which started in the USL many years ago.

“We know how important that is to those clubs and to our league . We’ve pushed those games and we get favourable dates for them.”

Marketing those games and trips as a Cascadia derby double header (whether over a weekend or on the same day) immediately adds importance to the USL matches and teams, reaffirming how much of a part they play in the whole club set-up.

That would hopefully result in better crowds at these Cascadia Cup 2 derbies, because they were somewhat disappointing this season, especially up here in Vancouver.

I’d also set about creating a new USL version of the Cascadia Cup as well. I know it’s been loosely talked about by some, but we’re more than happy to chip in to a new trophy for the USL sides. But that’s for another day.

Looking at the fixtures this season for the USL Cascadian derbies, Vancouver only had one trip south to face S2 and T2 that coincided with the MLS team being in the city to face the Sounders or Timbers.

That came in July, where WFC2 played T2 on the Sunday after the MLS teams met at Piggy Park on the Saturday. A 7pm kick-off meant only a handful of Whitecaps fans were in attendance, with most already having headed home, although the heat in the Portland that weekend did make the late kick-off an absolute godsend.

In reverse, T2 came to Vancouver on June 21st and July 10th, the latter of which was a Friday and two days before the ‘Caps hosted Kansas City on MLS action. Incidentally, KC’s USL affiliate Oklahoma came to Vancouver on May 17th, the day after the Sounders were here in MLS.

S2 came to Vancouver on April 26th and July 4th. That first game came on the same day that the Sounders travelled south to face the Timbers in MLS. Unsurprisingly, Thunderbird Stadium was not filled with travelling S2 supporters.

Of the four USL derbies between Seattle and Portland, only one of them took place the day after the teams met in MLS. That was at the end of June in Portland. Unfortunately, the MLS game was on the Sunday and the USL game on the Monday. TV and all that.

As we said, to get crowds up for the Cascadian teams, these derbies are a key way to do it. Plus get the fans that head along that may usually not and you’ll hopefully see them back at other matches.

Thankfully, it’s something the ULS are already actively looking in to, as preparations for the 2016 schedule begin in earnest.

“We have been working with [Vancouver, Seattle and Portland] already, ahead of next season, to look at double headers, so when visiting fans are travelling they can see both games,” Edwards told us.

“That’s definitely something that will be considered and we’ll be working hard to make that happen for next season, ahead of our scheduling, which will begin in the next few months.”

Great to hear and hopefully the logistics can allow it to get done, or at least to some extent if not for all the matches.

Double header weekends make sense for the fans, but also for the clubs, who already have their players down and can give more of their MLS squad players minutes that particular trip. Then of course there’s the whole keeping the cost down aspect to it all.

And this isn’t just an issue affecting the three Cascadian sides, it’s something league-wide with all the new MLS2 teams now in the league.

Yes, it’ll be a lot of hard work. Yes, it could prove to be a logistical nightmare with some of the stadiums that the teams play in being used for other purposes. But if the USL get it right, that could see even further attendance increases across the board. 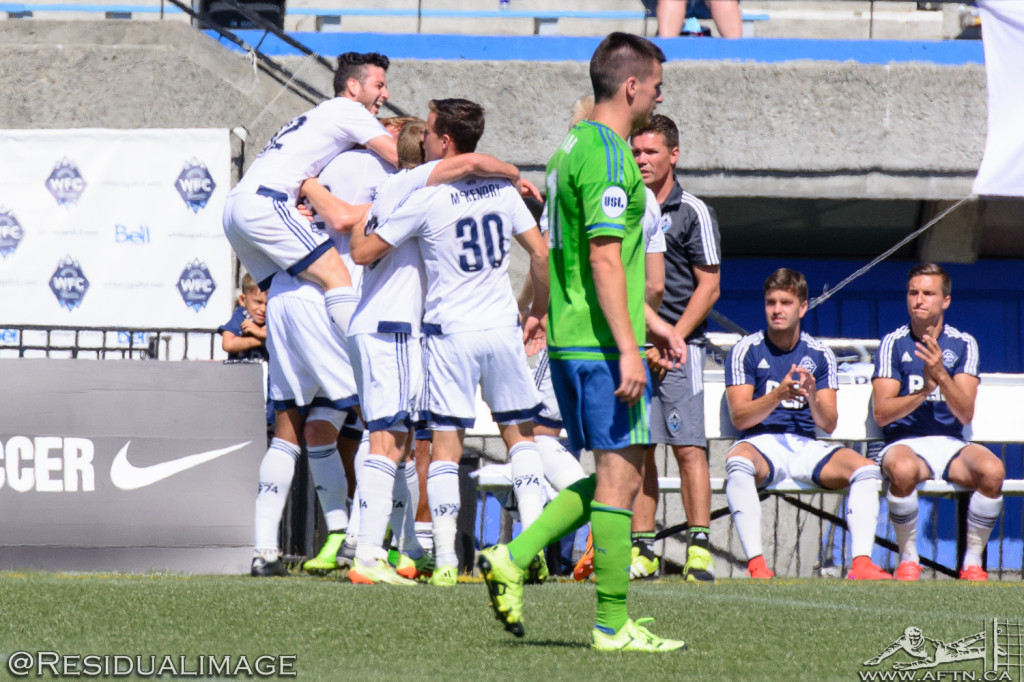