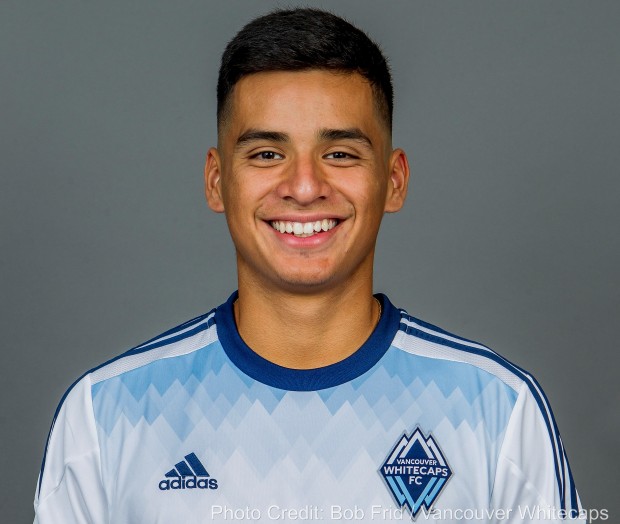 Defender Andre Baires is now in his third season with Vancouver Whitecaps Residency and a key regular on the U18s backline this season.

Baires began playing organised soccer in the U6 age group and after a successful time with Winnipeg Phoenix, he headed west to Vancouver as a 16 year old, splitting his time during the 2013/14 season between the U18 and U16 sides, before stepping up full time to the U18 last season.

With over 50 appearances under his belt, and two playoff appearances, Baires has shown himself to be a versatile defender, able to play both as a central defender and a right back, and his play has seen him called up to play for Canada at U15, U16 and U20 levels.

Graduating from the Whitecaps Residency program this summer, it’s a busy time for Andre as he plans his next step, but he recently took time to take a “Ten Count” with AFTN’s Aaron Campbell….

AFTN: You are one of a number of players to come out of Manitoba and start your career path to professional soccer going through the Vancouver Whitecaps Residency program. Marco Bustos, Kianz Froese, Daniel Sagno, and George Mukumbilwa are some of the others. Does it put any extra pressure on you seeing how successful they have been?

You’ve been a defender for both the U16 and U18 Residency teams now, is there a player on the Whitecaps MLS roster then you look up to and can compare your style of play to?

I look up to Kendall Waston and Tim Parker. I find Kendall a leader and it’s a player I always try to be on a team’ Also he is Latino and I have Latino background myself. Tim Parker is a player who is technically good, and also Kendall. He demands on the field, always communicating and strong and a big presence.

You have represented Canada at the U15, U16 and, most recently, at U20 levels, what does it mean for you to put on the Canadian jersey and represent your country?

To put on a Canadian jersey is a privilege and an honour. Not many get to say that and it’s just a great feeling to put on the shirt and represent the Red and Whites.

Having had the chance to play soccer all over the world, where has been the most awe inspiring place you have played to date?

I would have to say in Doha, Qatar, when we went down with the national team and played against top Bundesliga side Borussia Monchengladbach and won 5-0. The facilities were outstanding and a lot of professional teams in Europe have exhibitions there such as Real Madrid, Paris Saint German, Bayern Munich etc.

Who is your favourite team and player of all-time?

What does the start up of the Whitecaps’ USL team do for the up and coming Residency players, knowing that there is that clear next step between U18 and MLS, and giving you the chance to show you can play at a higher level?

Who’s the most talented player you have played against?

The best player I played against was a player from Croatia, who played professional in Europe.

And what about the most talented player you have played with?

What are your personal goals for 2016?

My personal goals are to go on more national team camps, as well as to get a scholarship to a NCAA school. I also want to continue to get the opportunity and exposure to a professional environment.

Where do you see yourself in your football career in 5 years time?

I see myself completing a degree in business and also signing a professional contract in MLS or overseas.

Thanks to Andre for taking the time to chat with AFTN. Make sure you give Andre a follow on Twitter – @BairesAndre10. 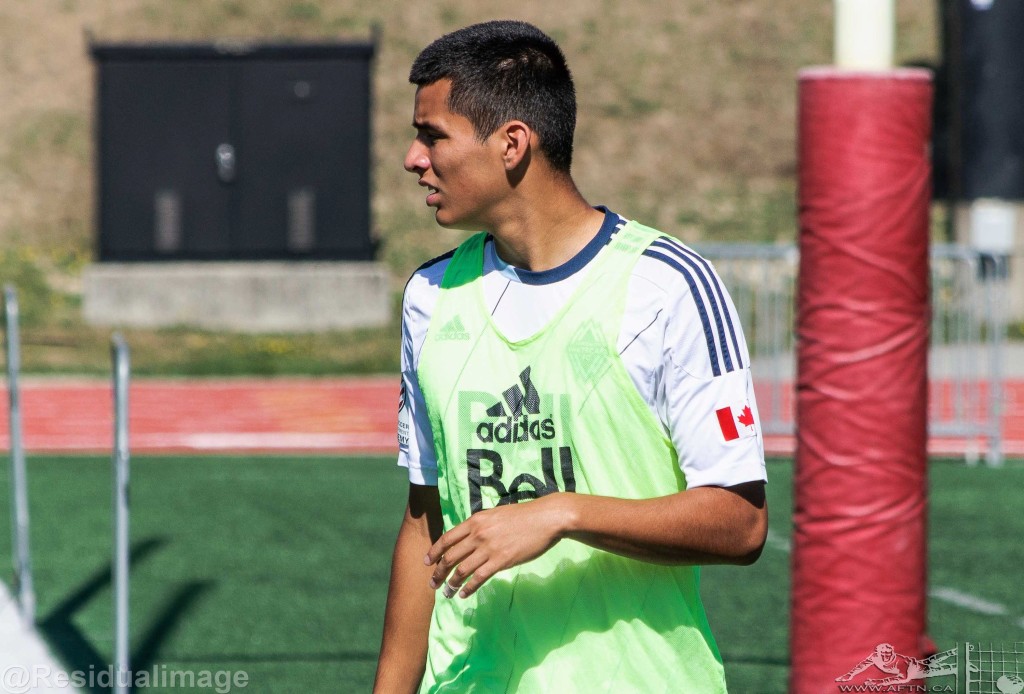