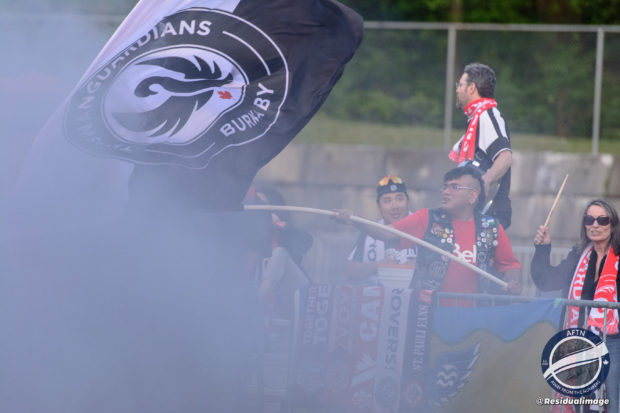 Now that Russia 2018 is well underway, one would think that I, like a lot of other football fans, would be glued to my TV overnight. Well, you would be very wrong. It’s not that I don’t like national team competitions, but I find it hard to support a team with no real connection and when they do play, I’m usually at work, in bed, or busy watching one of my other teams.

Arguments could be made for a number of teams.

The obvious ones include Canada (where I was born), Japan (country of my ancestors and Shinji Kagawa), and Costa Rica (Kendall Waston plays for them). Secondary choices include Colombia (home of my favourite non-Whitecap Darwin Quintero) and England.

However, I choose to be neutral. Mostly because I have other interests, most notably my longstanding fandom with the CFL, and more specifically the BC Lions, and a newfound interest in TSS Rovers and the Vegas Golden Knights. What does hockey have to do with anything? Nothing really, but it’s a better perspective into what makes me tick.

Now, that poses perhaps the question I get asked most: What happens if there’s an overlap or outright conflict. Well, it’s pretty simple in my mind. Whoever is at home, gets my primary attention and the other one gets checked in on. If they’re both away, it’s channel surfing time.

There are for sure times I feel burnt out, a quick look at my June reveals how:

Am I crazy? Invariably, you’d get some snide remark from anyone who knows me well enough. However, each team brings a distinctly different fan experience, each with their own merits and haters.

The Whitecaps fan experience is well documented. The front office, for years, has rode the atmosphere created by the Southsiders, Curva Collective, and Rain City Brigade like Seattle Slew. As a partner in Curva, there’s a certain energy that comes in that group. One of knowing that everyone around you is on the same page as far as chanting goes.

As everyone knows, Lions games, much like Canucks games, lack a certain energy.

Well, all you have to do is look at the sport and the demographic that goes to games. There’s no doubt that the typical Lions fan is aging, and at some point, will stop going to games for whatever reason. To their credit, they have taken steps to draw in the younger fan, however, there’s some tough sledding to be done.

As for TSS, well, it’s fourth tier soccer. The Mens team plays in the PDL, while the women are in the WPSL. Some would say why? For me, it’s personal. I remember going to the first TSS Beer Pong event at Mahony & Sons Stamps Landing (team sponsor) and meeting one of the coaches, Will Cromack. After engaging in a conversation and hearing his vision, I made the remark that he reminds me of Lions legend Bob Ackles. Bob Ackles had to rebuild the Lions brand, starting with the business community and then work on the fans.

I know it’s weird to say, but for me, being a Swanguardian and supporting TSS is not all about the soccer. It’s about believing in what two people (Will Cromack and Colin Elmes) are trying to build. They understand that being fourth tier and not having an army of staff to do all the dirty work requires a lot more time and effort, not only on their part, but from the players as well. They also understand the importance of working with (rather than butting heads with) the Swanguardians. It definitely is a stark contrast to what we experience at BC Place with the ‘Caps and MLS and if you attend a game, it’s obvious.

Nonetheless, being a hockey, soccer, and football fan has me running around like a headless chicken at times, but I also know that I’ve found multiple happy places where I can just live in the moment and not worry about the garbage that exists everywhere else in my life.