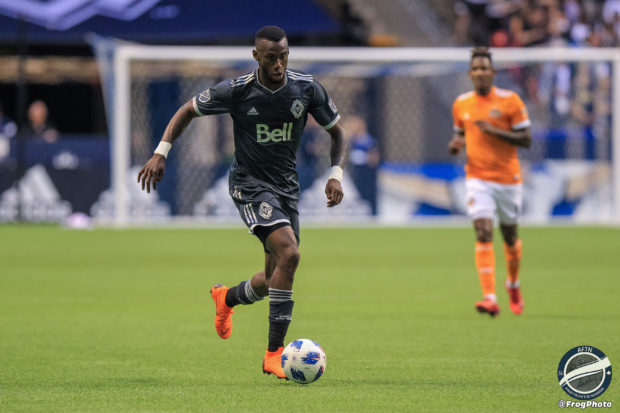 Now that the secondary transfer window is closed, it’s time to look at who did what and how it may affect the Whitecaps. A few big names found new homes, but, as you probably would have guessed, none of them found Vancouver as their destination. More notably, it’s who left that is more newsworthy.

With no new additions (yet – there’s still free agents that can be added before the roster freeze next month), there were four immediate (Dr Rick Celebrini, Pa Modou Kah, Myer Bevan, and Bernie Ibini) and one delayed departures (Alphonso Davies). One can now only wonder what the ‘Caps have up their sleeve that would improve the first team. There have been a few rumblings, but nothing official from the club.

They did announce plans for a new developmental team, however very few details have been publically released. One can speculate that a good portion of the Davies transfer money will get put towards this endeavor as they’ve said that it’ll be for developing players, over signing or taking on big contracts for the first team.

But while Vancouver decided to stick with their cards for the playoff push, around the league, a number of teams made significant moves. Let’s start with Portland, the ‘Caps opposition this weekend.

For a team that is unbeaten in 15, you’d think that they’d be pretty quiet. But that was not the case at all. Lucas Melano, the five million dollar man, had a rather disappointing first go with the Timbers, going on loan to Argentine sides Belgrano and Estudiantes, but he has now been recalled from his two year hiatus.

The Timbers also announced the return of Jorge Villafaña using Targeted Allocation Money. As he was capped by the USMNT and previously played in MLS, he was subject to the Allocation Order. The Galaxy had the top position, so the Timbers sent the 16th spot in the Order, as well as 75K in GAM and 100K in TAM, down to LA.

Those additions also led to a subtraction, with Vytautas Andriuskevicius, or simply, Vytas being sent to DC United in exchange for 50K in TAM. Quite the flurry of activity for the Timbers faithful on Deadline Day.

Staying in Cascadia, the Sounders acquired Brad Smith on loan from Bournemouth. Earlier in the window, the club signed Raul Ruidiaz on a multi-year DP contract.
So, both Cascadian rivals upgrade themselves and the ‘Caps lose 2 members of their backroom staff, loan a guy who’s never seen a minute of MLS action to their USL affiliate, and release a fringe player.

All that leaves the Whitecaps with two roster spots available and some cap space opened up.

Portland weren’t the only ones making moves, however. Montreal got in on the action.
Experienced right back, former Man City, Arsenal, Benevento, and French international, Bacary Sagna has joined the club for the remainder of the season, with an option for 2019. They also acquired Micheal Azira from Colorado for a 2020 4th round draft pick. Rounding out the moves was the acquisition of Quincy Amarikwa from San Jose for Dominic Oduro.

New boys LAFC made a splash too, acquiring Christian Ramirez from Minnesota United for up to one million dollars in Allocation Money – 250K in GAM for 2018 and 2019, 100K in TAM for 2018, 200K in 2019, and up to 200K in future allocation money. This move did not go over well, as Ramirez was a part of the team that made the jump to MLS and was a fan favourite.

Bill Hamid returns to DC on loan, so what does that mean for David Ousted?
Kristzian Nemeth joins Sporting KC from New England for allocation money and a draft pick
Former Whitecap Tony Tchani has been waived by Chicago

So while others around the league, and especially in the Western Conference, strengthen, you could say that the ‘Caps arguably got worse, albeit richer.

We all knew that as soon as Alphonso Davies turned 18, he would be gone, but the hope now has to be that he’ll be more than adequately replaced and the team strengthen as a whole with the money he’s brought in. That will clearly have to wait till the offseason window opens.