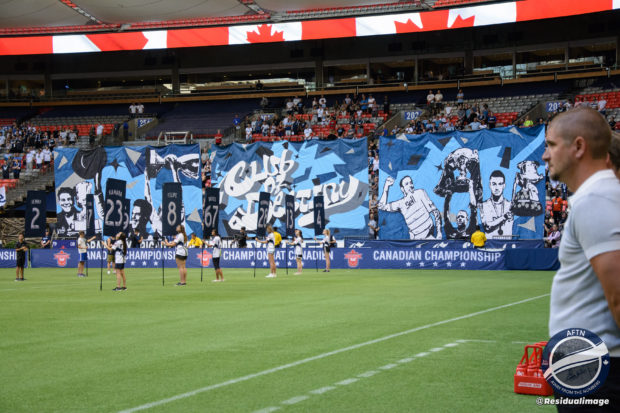 When they come to write the book on Vancouver Whitecaps’ Canadian Championship history in years to come, future readers will be sceptical when it comes to all the misfortune that befall one club in one tournament. Is this a work on fiction they’ll ask, but sadly not will be the reply. When it comes to the Voyageurs Cup, the ‘Caps do seem cursed.

A sending off, some blown calls, a last second own goal. Every year it never fails to amaze me how the Whitecaps are hit with new ways to stop them getting their hands on the trophy. Was 2015 a fluke? Did some satanic deal see them get the job done? Was it a conspiracy to sell more hover boards?

Whatever it was, when will we see the likes again? Well, the Whitecaps aren’t out of this one just yet. It may feel all doom and gloom after giving up two away goals in Wednesday’s first leg, but a win in Toronto and the trophy will be coming back to Vancouver for a second time.

A tall order, but Kei Kamara’s penalty and Erik Hurtado’s fantastic finish do give the ‘Caps some hope. But you just have to feel that Felipe’s sending off, a missed foul on Hurtado in the build up to TFC’s second equaliser, and Doneil Henry’s own goal to give them that, could be the main talking points after the dust is settled in the second leg.

Mind you, in this competition, with the Whitecaps, I’m sure there’s still more drama ahead.

AFTN photographer Tom Ewasiuk (@ResidualImage was there to capture the action before, during and after the game. Here’s his “Story In Pictures”, with a full Flickr slideshow at the end. 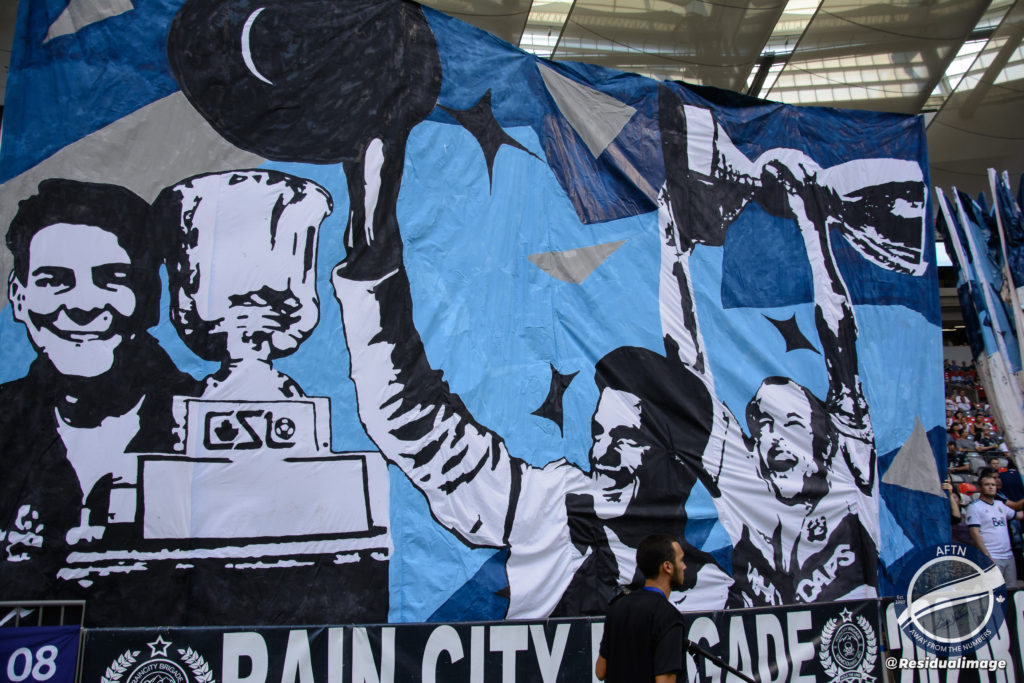 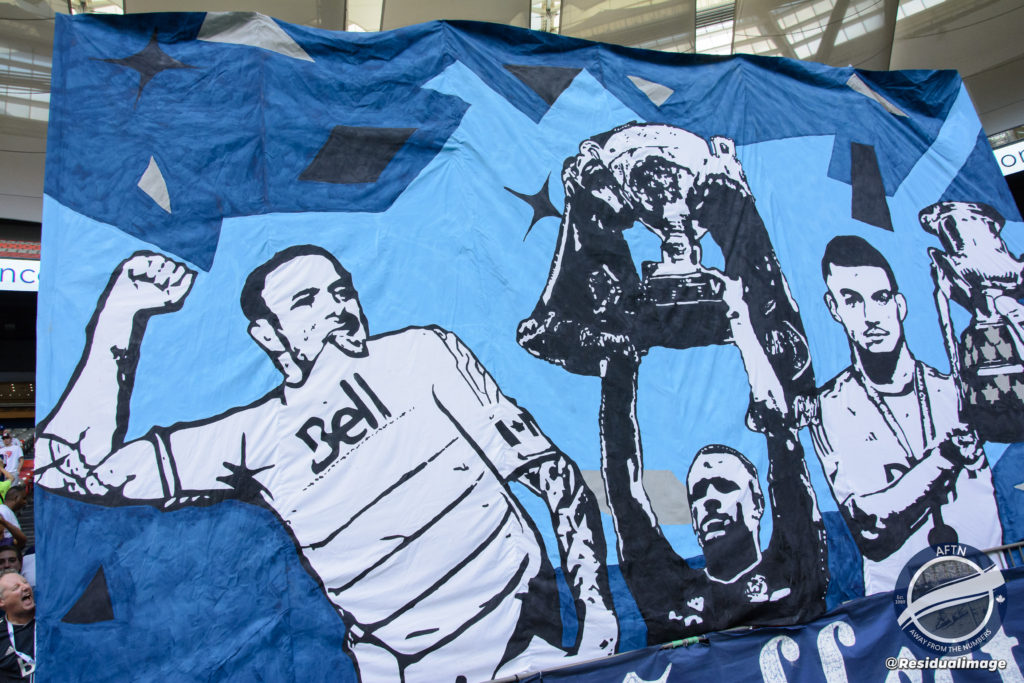 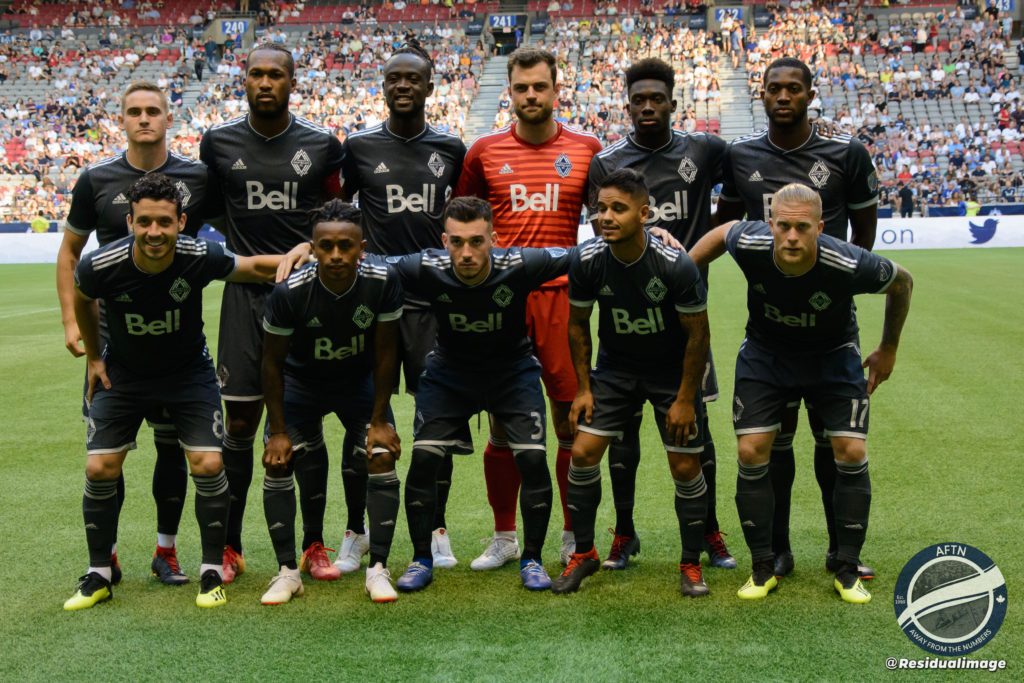 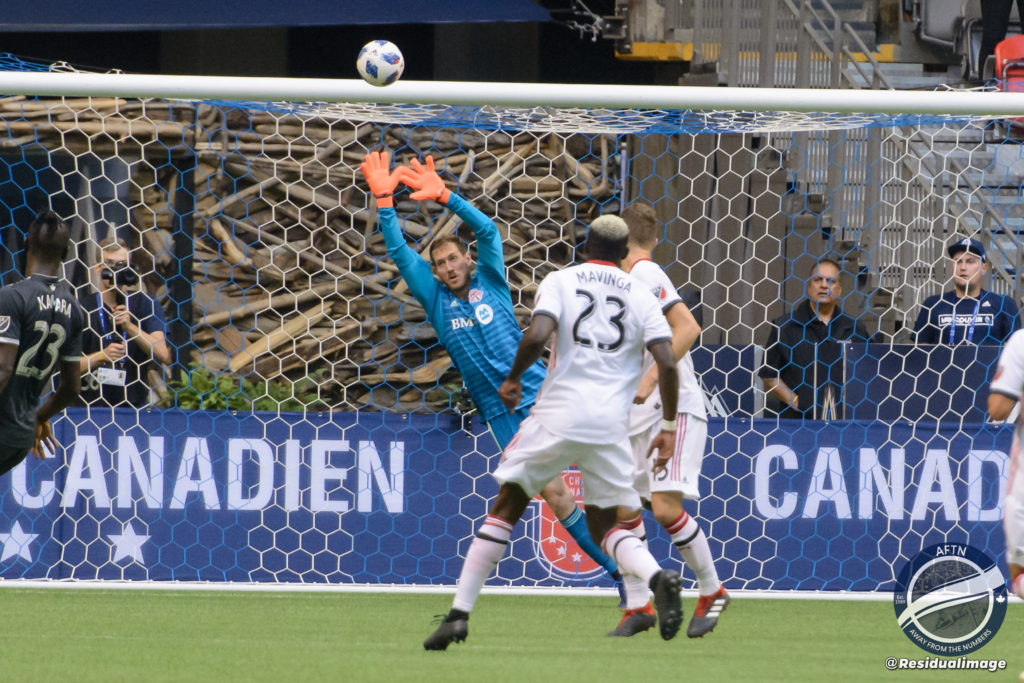 The crossbar and ‘Caps don’t go together too well. So close to taking the lead 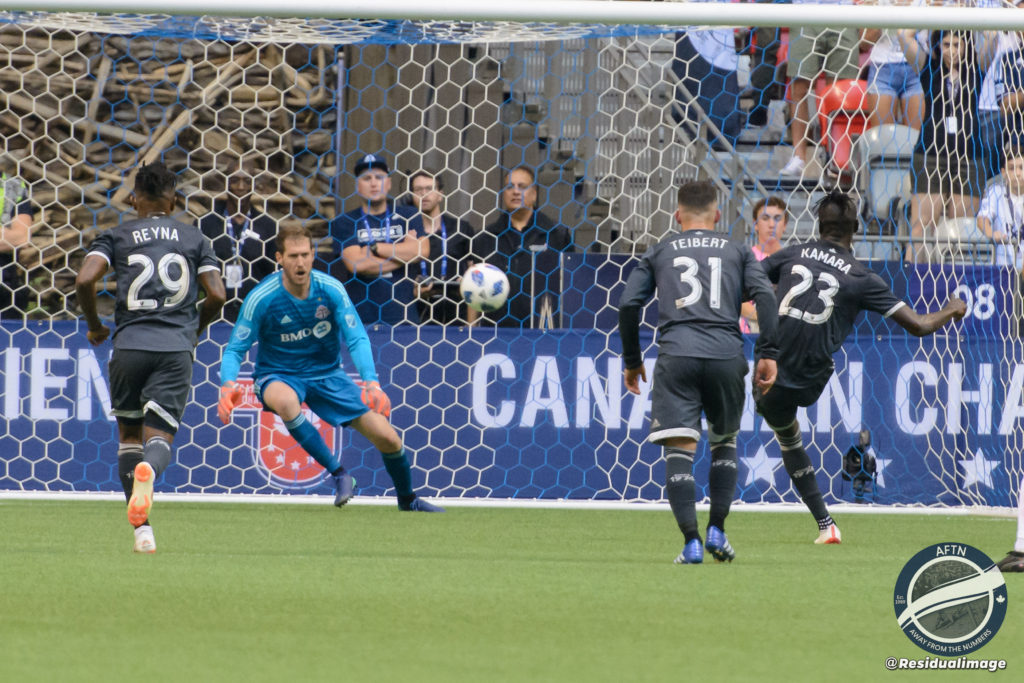 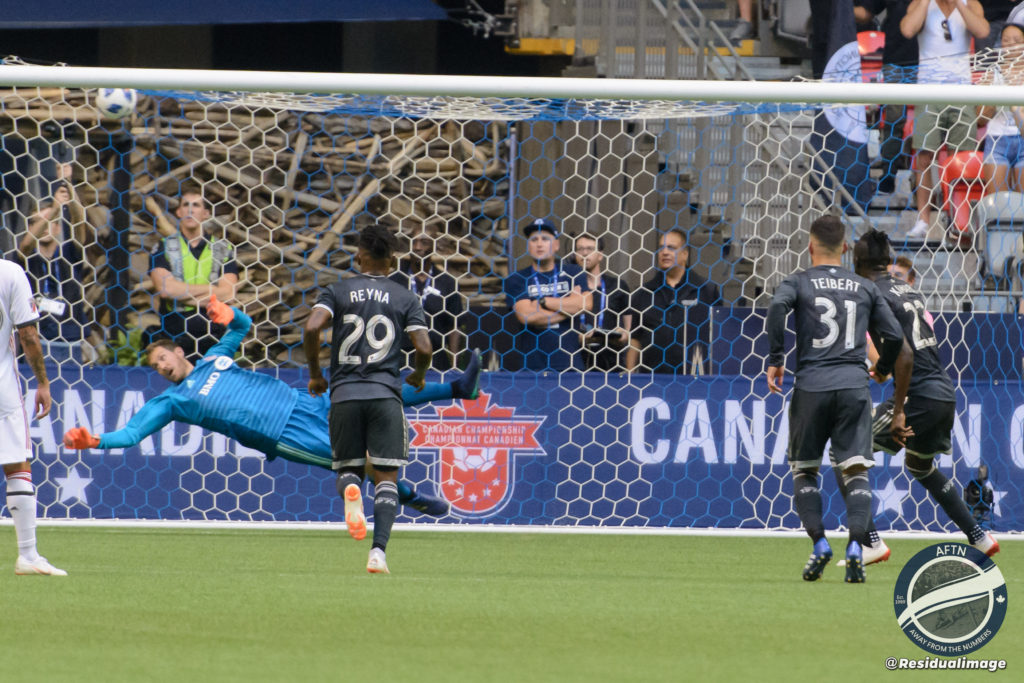 Kei Kamara stepped up and finished with aplomb 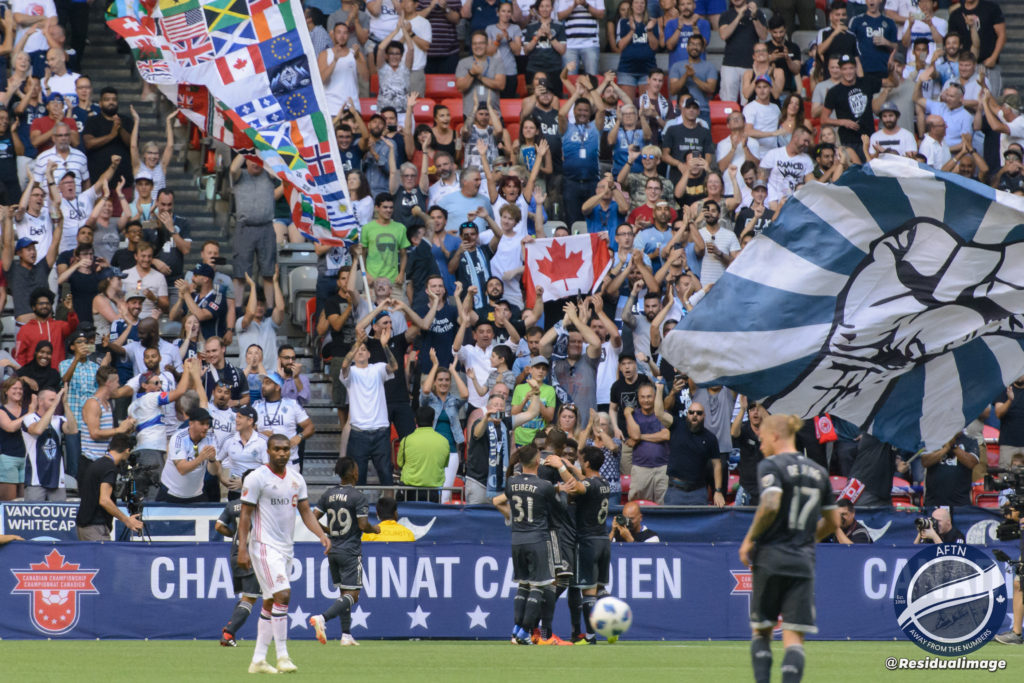 Cue the celebrations in front of Curva 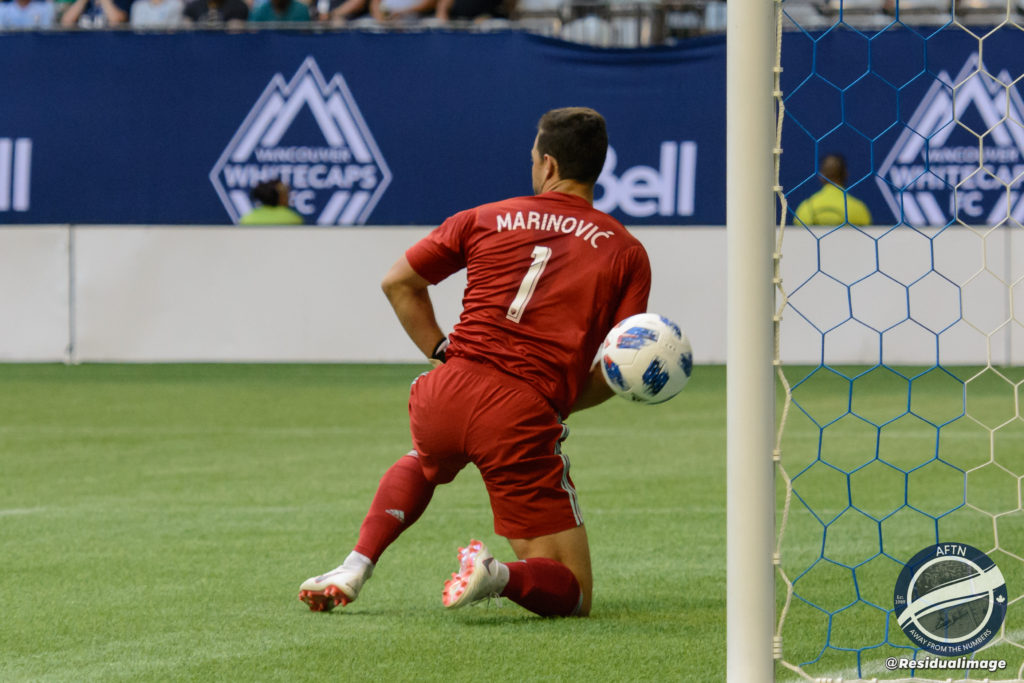 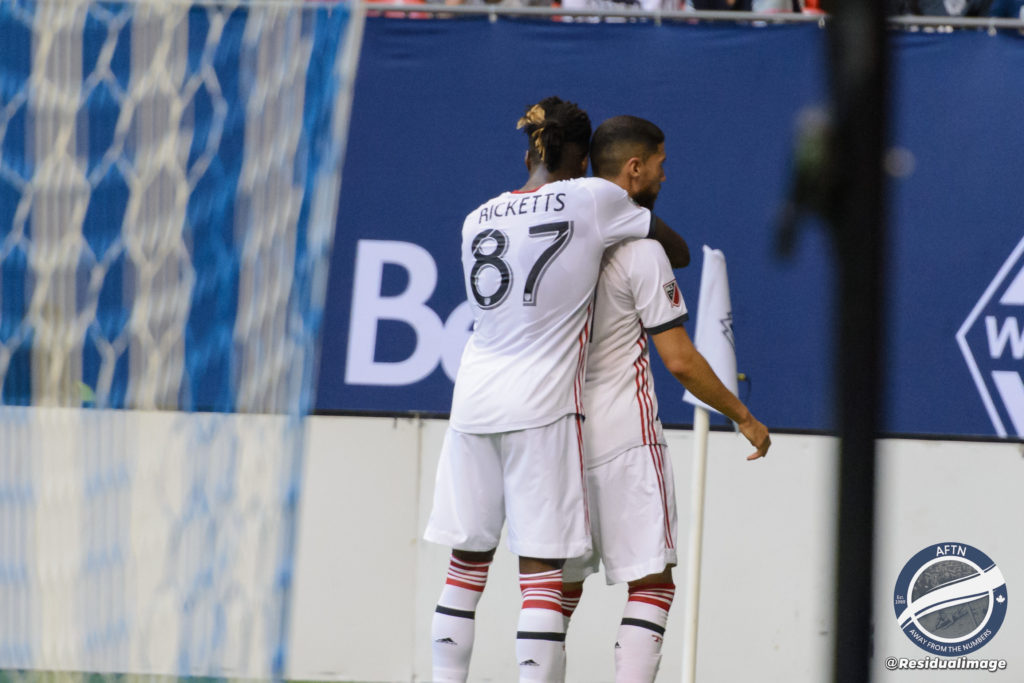 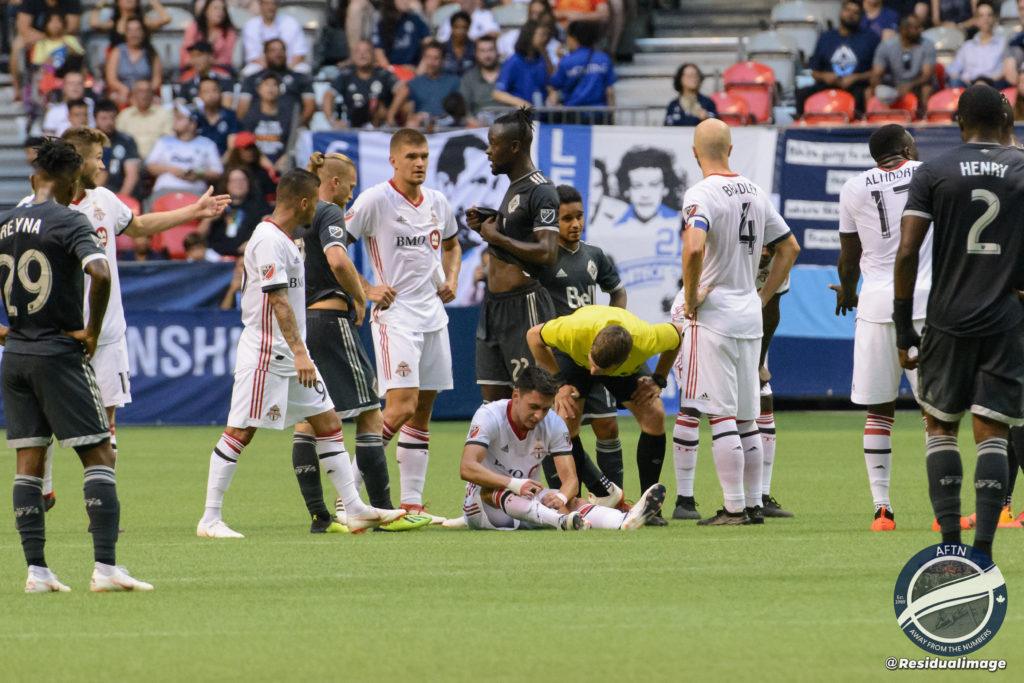 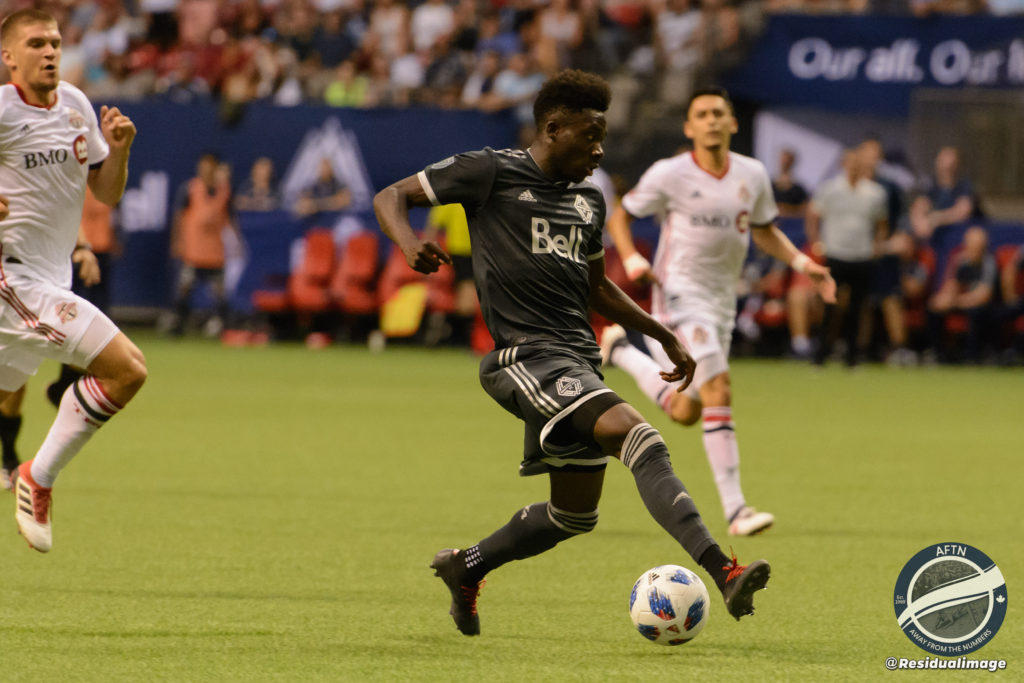 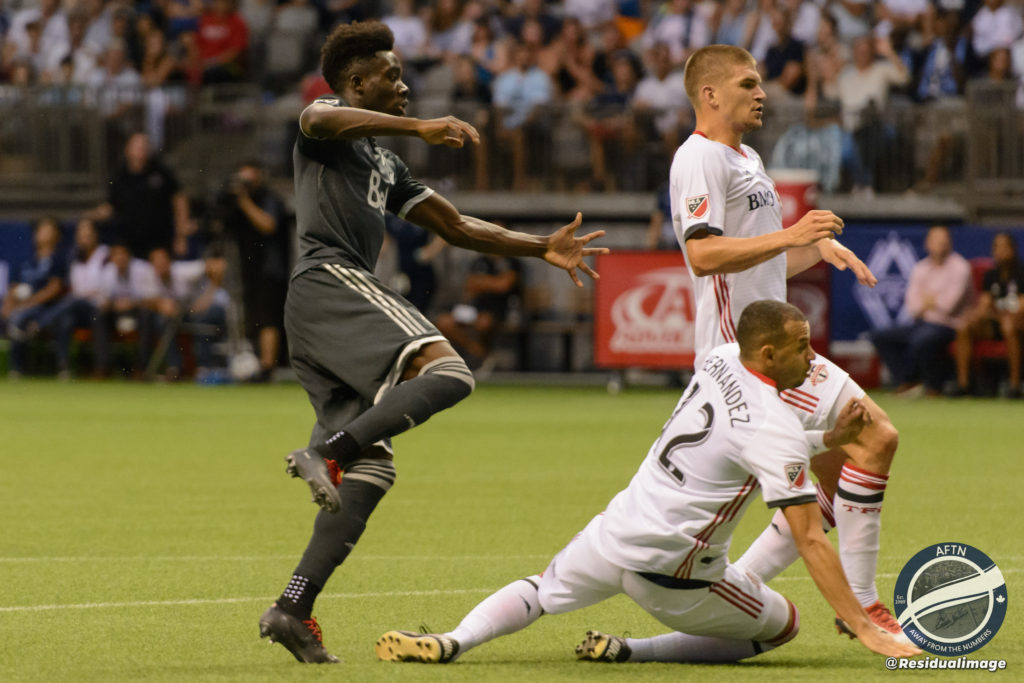 But his shot was smothered by Toronto keeper Clint Irwin 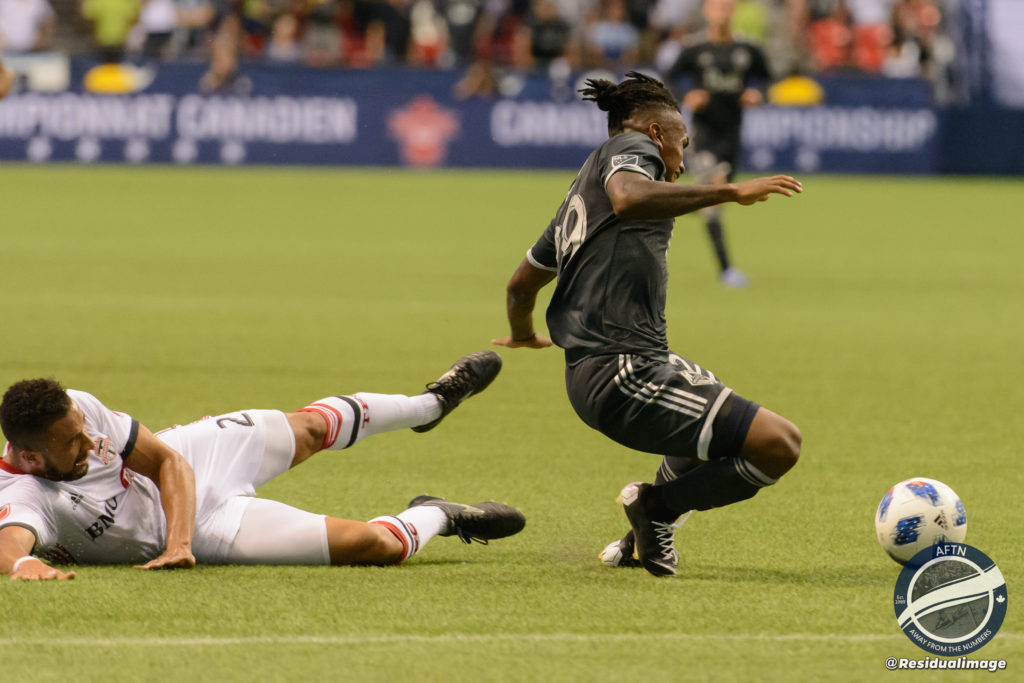 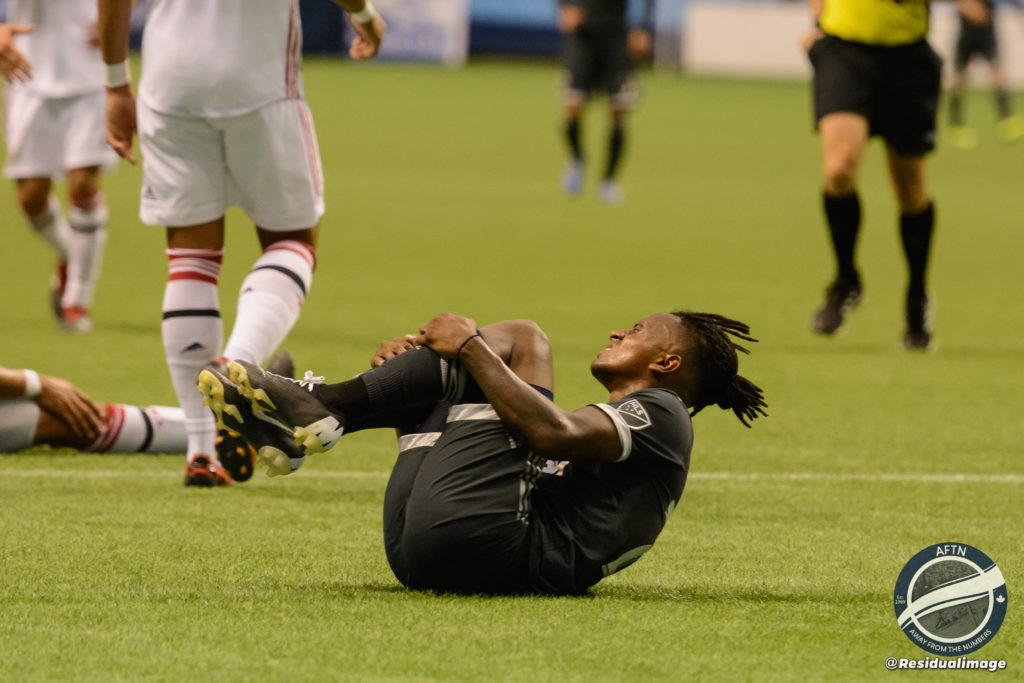 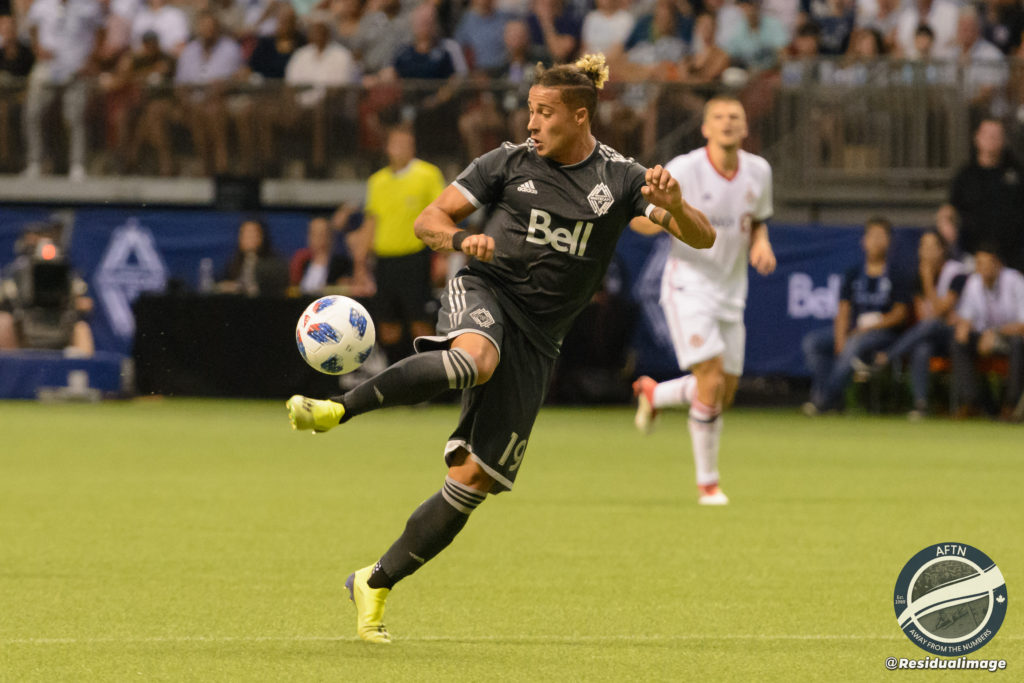 Vancouver still felt they could grab the winner and they did with minutes remaining as Russell Teibert found Erik Hurtado with a perfectly weighted ball forward. The striker took a great first touch and set himself up 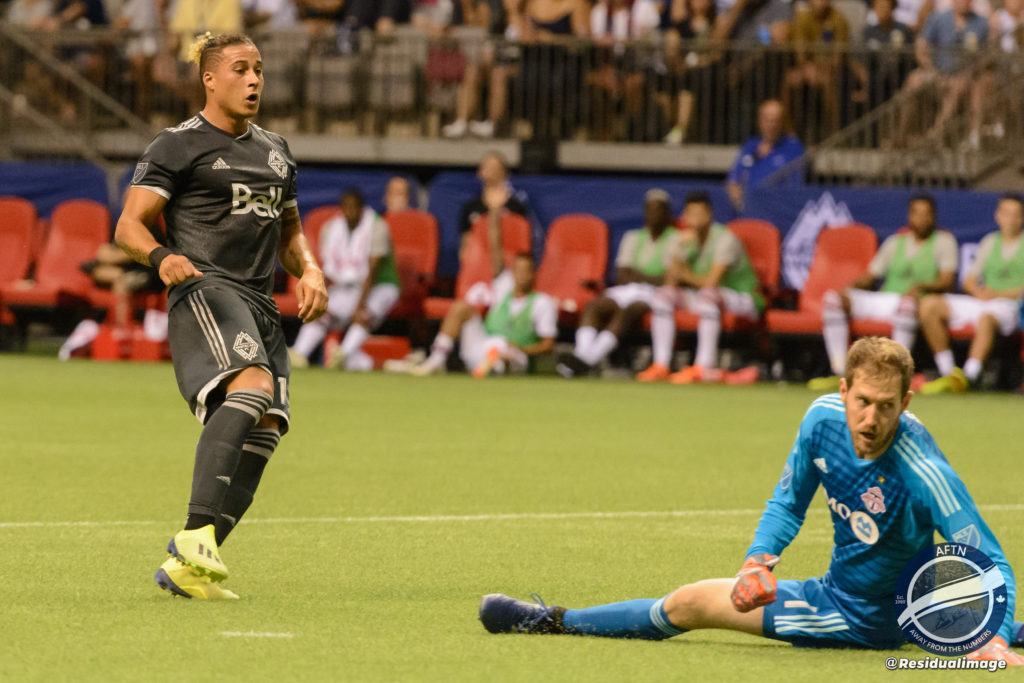 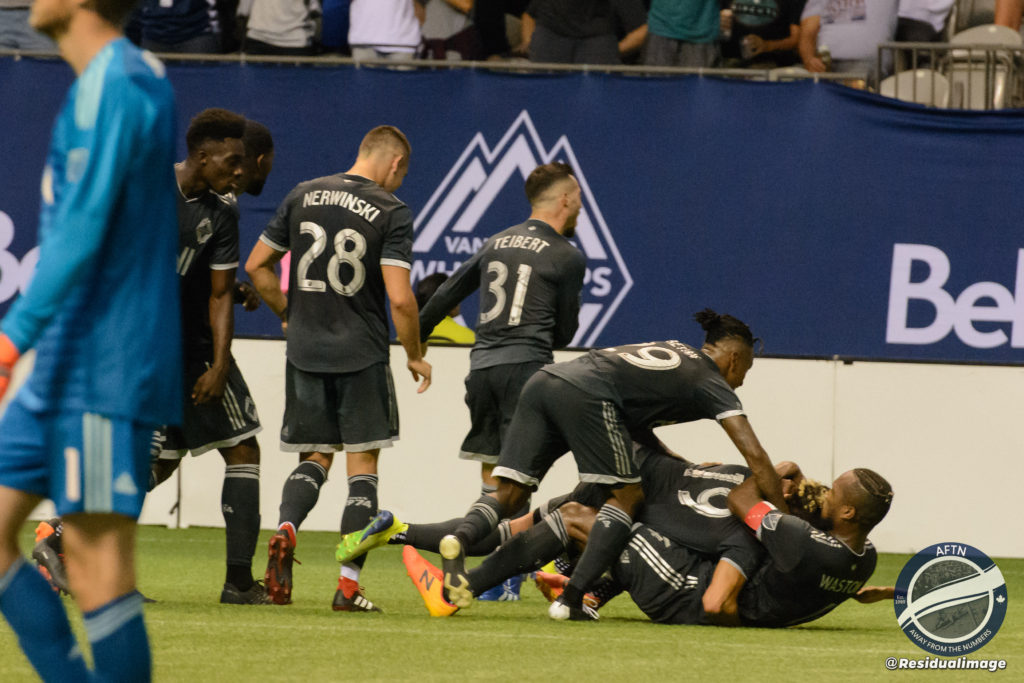 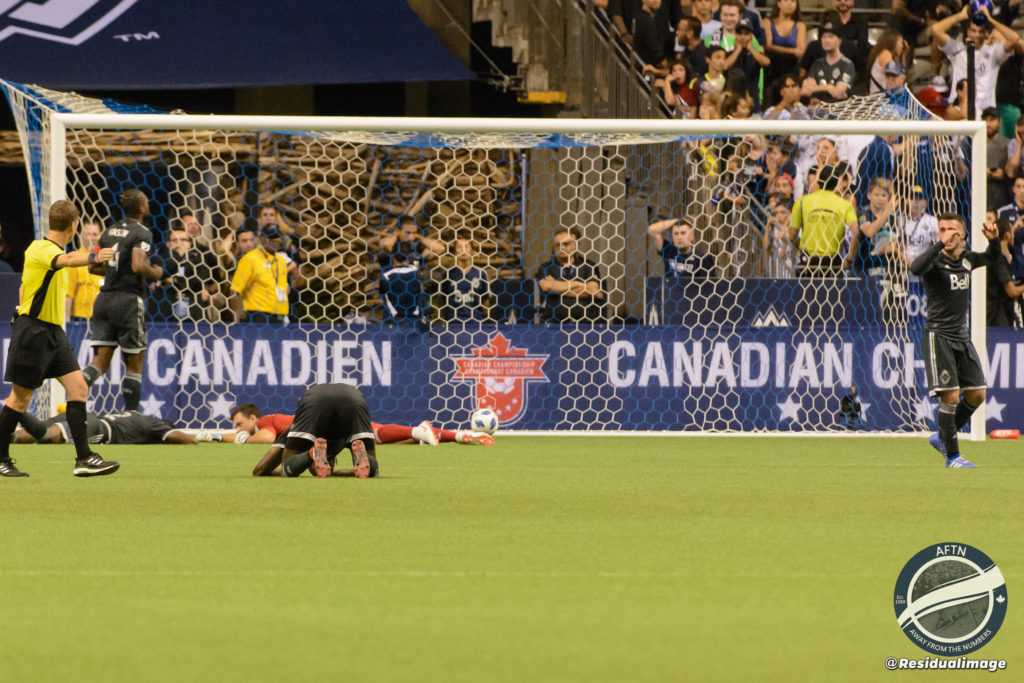 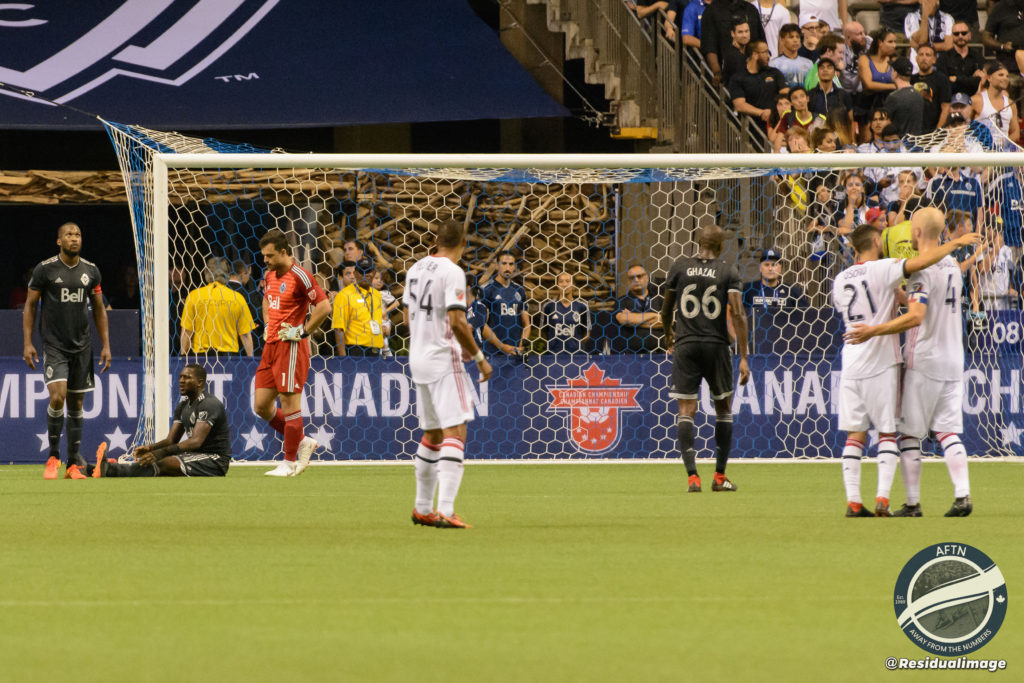