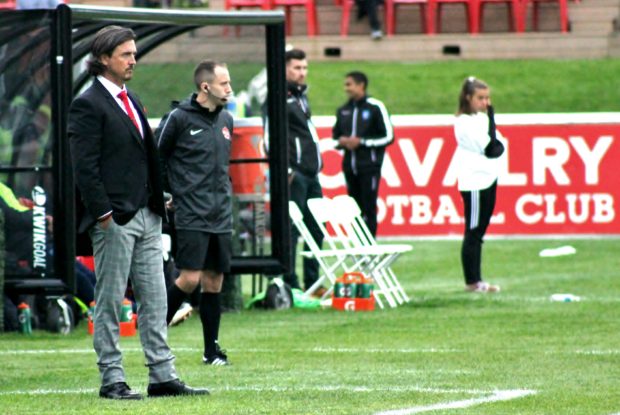 Less than two weeks before they kick off their 2022 CPL campaign against Atlético Ottawa, Cavalry FC has entered a new stage of preseason training.

With the bulk of an eight-week preseason behind them and a base fitness well established, Cavalry head coach and general manager Tommy Wheeldon Jr. said the squad’s players are shifting their focus away from their own training and tactics, and starting to think of how best to overcome Ottawa in their CPL season opener at TD Place on April 9.

“I think Ottawa put on paper one of the best groups they’ve put in the three years they’ve been in existence,” said Wheeldon Jr. “But we know the game isn’t played on paper – it’s played on grass.

“It’s whichever team performs their tactics, strategies, and has the physical capabilities to do so early in the season. We’re hoping that’s us, with the preparations we’re putting in place.”

Cavalry’s preseason has been much more comprehensive than the last two pandemic-hampered years, according to Wheeldon Jr. Having several weeks in a row to put the players through their paces – and even travel internationally – has given Cavalry the opportunity to not only prepare their bodies for the toll of a 28-game regular season, but also gel as a squad.

The team recently returned from a 10-day trip to Monterrey, Mexico, where they spent nine days training and took on three professional Mexican sides – Correcaminos, Tigres reserves, and an unnamed third-division team – finishing the trip with a 1-1-1 record.

Since returning to Canada, Cavalry has faced the University of Alberta and CF Montreal in a pair of additional preseason friendlies.

“Every preseason you’re going to have challenges,” Wheeldon Jr. said, highlighting the niggling injuries that players can develop in the early weeks of training after months of less physical activity.

“Preseason is always a challenge for that, and then getting the competitive games you need to prepare. But I think we have an advantage this year because this is the first time we’ve had a full preseason since 2019. We’re trying to maximize it as best as we can.” 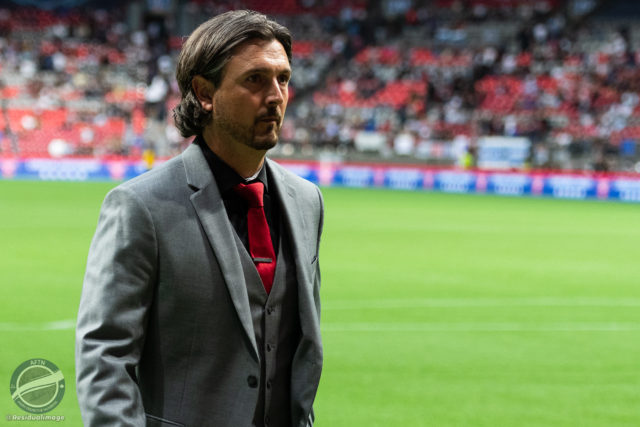 When it comes to developing chemistry, most of that should already be established this year. Unlike in 2021, Wheeldon Jr. noted how the majority of Cavalry’s roster from the previous season is still intact. He mentioned how Cavalry brought in 16 new players in 2021, but such a squad revamp was not necessary this spring: just four new player signings and two loanees have been announced in 2022.

“We never wanted [2021] to be a rebuild, but essentially it was,” Wheeldon Jr. said of last year’s CPL campaign, which finished with a disappointing semi-final showing for Cavalry. “We still finished level on points with Forge, and could tell as the season went on, with the congestion of fixtures, that there were a few things we couldn’t quite get clicking by the time we hit the playoffs. This year, we decided to actually retain around 16 [players], so we’re in a different mindset.”

That doesn’t mean there won’t be any new faces spotted around Spruce Meadows or the Macron Performance Centre, however. The departures of seven players from 2021 – including fan-favourite wingback Mo Farsi (who went to Columbus Crew II) and captain/central midfielder Nik Ledgerwood (now on the Cavalry FC coaching staff after retiring from playing) means some reinforcements were always going to be necessary.

When asked which of the signings could become new fan-favourites among the Foot Soldiers and Cavalry faithful this year, Wheeldon Jr. said only time will tell.

“Assi is a dynamic young player that we feel has a massive upside, but he still needs some nurturing,” Wheeldon Jr. said. “He’s still only 17. He’ll turn 18 this calendar year, but he’s got absolutely electric pace and a great mindset.”

As for the Scottish-Canadian Aird, Wheeldon Jr. touted the former Glasgow Rangers and Vancouver Whitecaps player’s goal-and-assist contributions for an FC Edmonton side that struggled last season, adding he could see Aird taking over Farsi’s role as one of the team’s offensive sparks.

“Beyond that, we really like the addition of Myer Bevan, who makes us a little more dynamic in the attack,” he said. “And Charlie Trafford. It feels like he’s always been here, even though he’s never played for us. This is his home city and he wanted to come back and help us compete for a championship this year.” 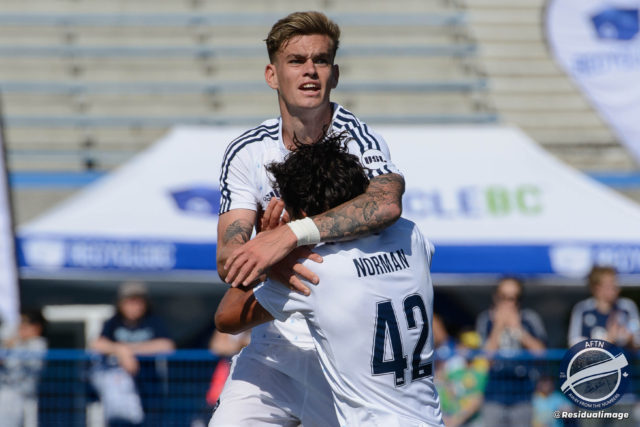 Another player who Cavalry fans will likely be happy to see on the pitch again is Elijah Adekugbe. The central midfielder was a key cog in the team’s 2019 and 2020 campaigns and is coming back after a full season out with a torn Achilles tendon.

At the other end of the pitch, the return of centre back Karifa Yao, set for another on-loan season from Montreal, will be a boon to Cavalry’s back line. Yao was another fan-favourite among Cavalry’s supporters’ group, and was selected as the Foot Soldier’s choice for Cavalry’s Player of the Year in 2021.

Goalkeeper Marco Carducci, of course, will be out of the line-up for the first part of the season, after announcing publicly that he had been diagnosed with testicular cancer in February. In an interview with the Calgary Sun this week, Carducci said he is on the mend after his surgery and hopes to be back in the squad before long. Until then, Tyson Farago and new signing Roloff will be tasked with being Cavalry’s last line of defence.

The early weeks of the season will have some added adversity for Cavalry in the form of a trying league schedule. The Calgarians will start the 2022 campaign with three consecutive away matches – after facing Ottawa they will be on the road to take on perennial rival Forge FC on April 16 and York FC (now coached by former Cavalry assistant coach Martin Nash) on April 22.

Cavalry will have to wait until May 1 before they will play in front of their own fans – and it will be against defending champs Pacific FC, who of course knocked Cavalry out in the CPL semi-finals last season.

In fact, among Cavalry’s first 14 games of the CPL regular season, the head coach noted just five will be at Spruce Meadows.

“We have to have that ‘Road Warrior’ mentality,” Wheeldon Jr. said of the first half of the season. “It won’t be easy. We’ll be on the road a lot, and Ottawa will be trying to pack TD Place [in our first game]. We know for the first game of the season, we want to go crash the party.”