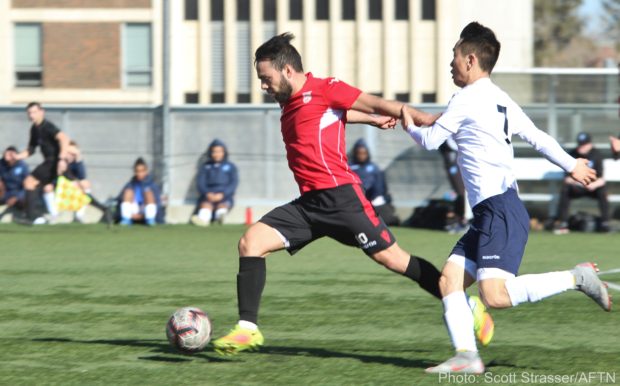 Goals came off a first-half strike from Cavalry winger Nico Pasquotti and a second-half penalty from French-born Congolese striker Dominique Malonga – the squad’s fifth international signing and most recent addition to the squad (pictured below). 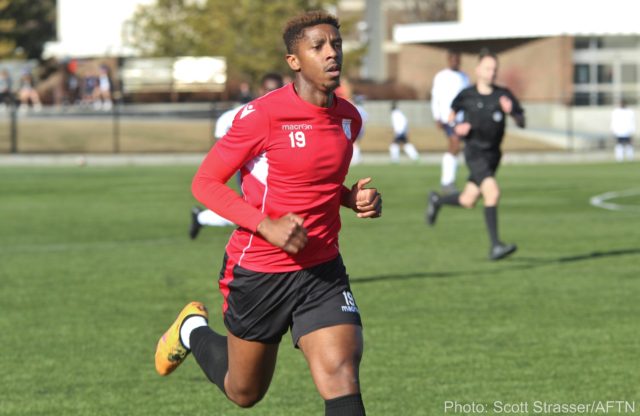 Head coach Tommy Wheeldon Jr. said he was overall pleased with his side’s performance in the match, which was Cavalry’s second preseason friendly following a 2-0 victory March 19 over the Vancouver Whitecaps U23 development team.

“Today was a good derby,” he told reporters after the 90 minutes. “We knew it was going to be feisty, but I think both groups needed different things from the game.

“It’s always nice to win, but I think there are things we can improve on. When you sum it [up], it’s another brick in the wall towards what we want to become.”

Wheeldon Jr. said he was most pleased with how Cavalry started the game. The home team controlled possession at the start of the match, and their on-the-ball efforts paid off early on with Pasquotti’s strike.

“In the first half, I thought we were very good,” Wheeldon Jr. said. “We moved the ball well and once we got our defensive shape right, we were very good as a unit. It shows we’re a very intelligent team – you can see that.”

Like with most friendlies, the second half saw a slough of substitutions made by both sets of coaches. According to Wheeldon Jr., that’s when Cavalry started to lost their first half mojo.

“When you make a whole set of changes, it disrupts the flow and it becomes a bit scrappy,” he said. “One thing I want to improve on is, can we cope with the chaos and still bring out the football that we want?”

Despite what the coach may have deemed a lack of cohesion in the second half, Cavalry still managed to keep the Edmontonians off the score sheet, as the back four held on for their second consecutive clean sheet. 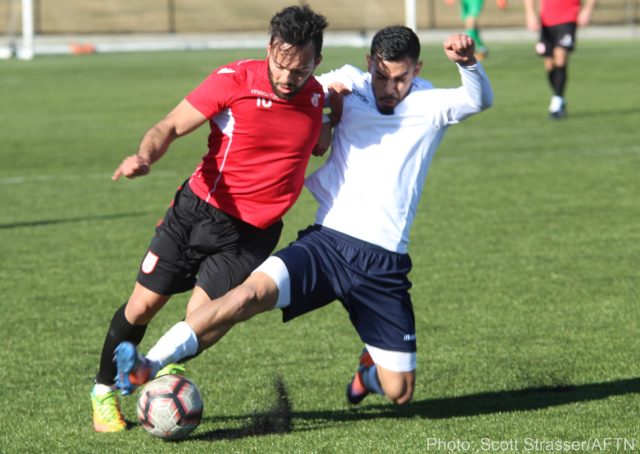 Wheeldon Jr. said he was pleased with the individual showings of many of Cavalry’s players.

“Dean Northover and Nico [Pasquotti] on the right hand side were very good,” he said. “Jordan Brown and Sergio [Camargo] showed flashes, especially in the first half.”

Getting some playing time for Cavalry’s international signings Malonga and Julian Buescher was another positive, Wheeldon Jr. added.

“We were only going to give [Malonga] half an hour but he looked like he wanted more,” he said. “So we kept him on, and it’s always nice to score some goals.”

Mid-way through the second half, Cavalry subbed in local 16-year-olds Joshua Ocholi (pictured below) and Arabin Pebul, who went into the game for the final 20 minutes at left and right back. Despite their youth, the two Calgary players showed comfort on the ball and no signs of nerves. 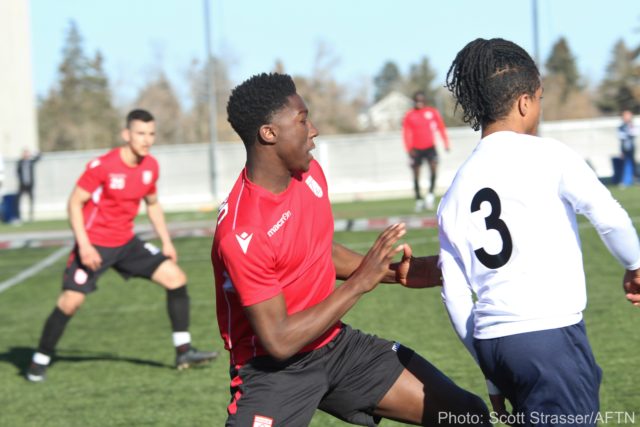 “That’s what we’re doing this for, is young Canadian players,” Wheeldon Jr. said. “Sixteen years of age, so to put them on in a moment like that where there’s a little bit of chaos… that’s what you want. That’s how they’re going to learn the game and I thought both of them gave a good account of themselves.”

It wasn’t just Cavalry who were fielding the youngsters in the second half, however. According to FC Edmonton coach Jeff Paulus, the visitors’ second-half line-up included eight players under the age of 19 during the final 30 minutes.

“[There was a] 15 year old, a couple 16 year olds and a whack of 17 year olds,” said Paulus. “To see the energy they brought and see them create a chance – a fantastic play to get the ball around the back and a break away – we’re happy with it.

“This league is about giving young players a chance, so to see our academy kids come out and give us a bit of lift, I thought it was brilliant.”

Next up for Cavalry FC will be the official kit reveal April 4, before jetting off the Dominican Republic with the rest of the CPL for two weeks of further training and game preparation. 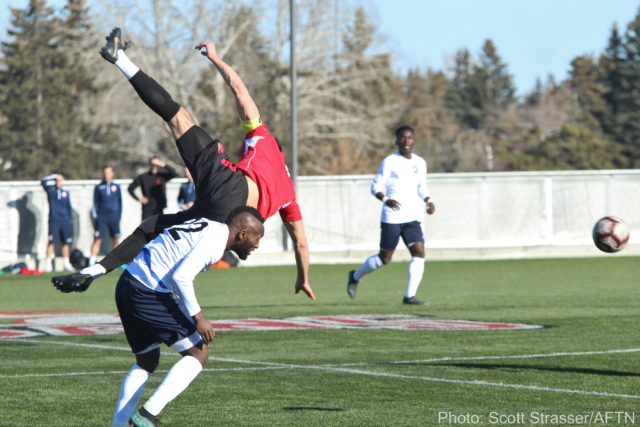