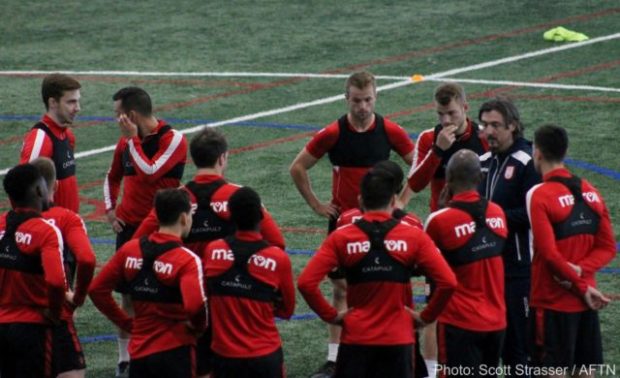 Cavalry FC head coach Tommy Wheeldon Jr. is hoping his team can conjure the spirit of Tottenham or Liverpool on Saturday.

Football fans will recall how the two English Premier League teams overcame deficits in the first leg of their respective UEFA Champions League semi-final bouts last season – against Ajax and Barcelona – to record huge wins in the return leg, booking their spots in the final.

Having lost the opening leg of the Canadian Premier League finals 1-0 against Forge FC on Oct. 26, Cavalry will need to repeat the feats of the two English clubs on Nov. 2, when they host the Hamiltonians for the second leg at Spruce Meadows.

“I don’t think we can look back too much into our history,” Wheeldon Jr. said, after Cavalry’s Oct. 28 training session. “I think in this final, you’ll see something different. You’ll see a totally abnormal score from what you’ve seen in the previous eight games.”

That leaves plenty of room for interpretation, as all previous match-ups between Forge and Cavalry ended either 1-0, 2-1, or 1-1.

There’s no doubt Cavalry’s loss to Forge has cracked the CPL finals wide open, making it difficult to predict who will officially be crowned the league’s first king.

Forge have the clear advantage, being ahead on aggregate and having not conceded an away goal. If they can pot one at Spruce Meadows, it will mean Cavalry have to score three – something they haven’t done in any of their previous matches against Forge this season.

It makes for a tricky situation in terms of how to plan for the game; Cavalry have to come out on the offensive, while also staying resolute at the back.

“That’s the reality of a two-legged game,” said Cavalry ‘keeper Marco Carducci. “We know we’re in a situation where if we can keep a clean sheet, that’s ideal. We’ve been solid at home all year long, and as a team, we’ve collected the most clean sheets.

“It goes both ways, and we’re going to need to score. But when we are at home, we know it’s a fortress and we have the fans at our backs. We’ll take anyone on at Spruce Meadows.” 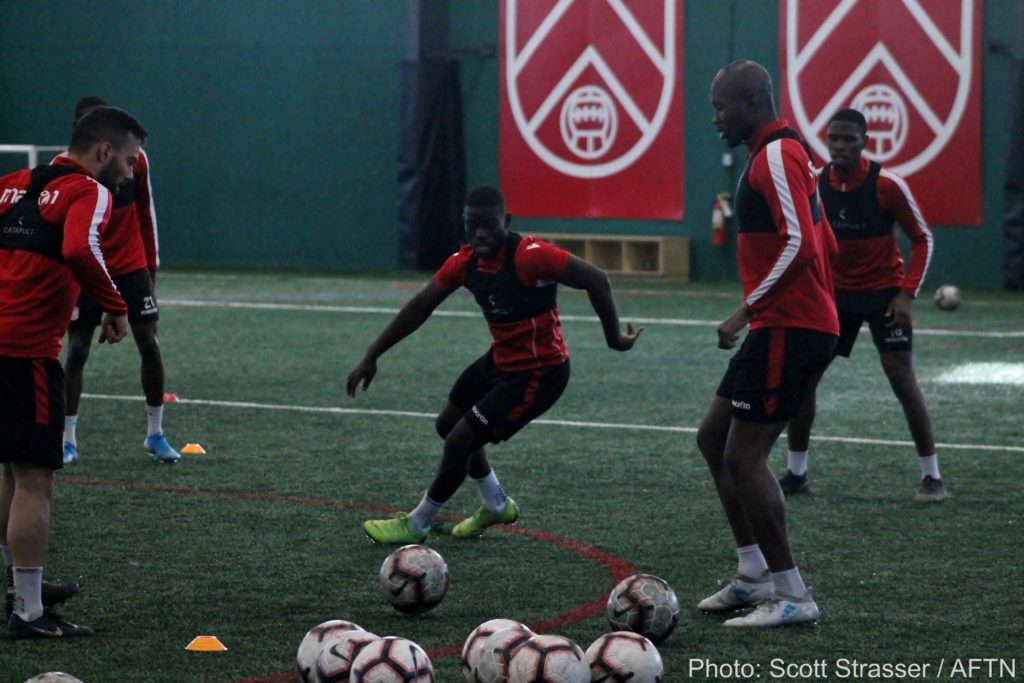 Cavalry have one more game to try and reverse Forge’s 1-0 victory Oct. 26, in the first leg of the CPL finals. The return leg goes Nov. 2 at Spruce Meadows.

Wheeldon Jr. and Carducci acknowledged that escaping from Tim Hortons Field with just a 1-0 deficit was a relief, after facing an onslaught of pressure from the hosts, being outshot 18-3, and seeing three shots from Forge ping off their crossbar.

Then, there was the loss of Joel Waterman, who was sent off for a handball in Cavalry’s 18-yard box in the 37th minute.

“With the sending off, we had to go to Plan C or D to make sure the game didn’t get out of hand,” Wheeldon Jr. said. “We knew the game isn’t won in 90 minutes, but it could be lost, if we allowed that to happen. We didn’t because that’s the nature of our resilience.”

One piece of fortune for the Calgarians could be the absence in the second leg of Forge player Tristan Borges, who was sent off midway through the second half for lashing out after a meaty, yellow-card-deserving challenge from Cavalry centre back Jonathan Wheeldon.

(As of writing on Oct. 28, Forge has applied to the Canada Soccer Association to have the red card repealed. Wheeldon Jr. said Cavalry have launched a similar appeal for Waterman’s sending off).

Had Borges – the league’s leading scorer and possibly the CPL’s best player this season – not been sent off, Forge might have made the score 2-0, or 3-0. The 21-year-old winger/attacking midfielder made life difficult for Cavalry’s defence throughout the 68 minutes he was on the pitch, and he scored the team’s go-ahead goal with a terrific strike on the cusp of half time. The far-post strike marked his 13th goal of the season.

“We knew he was a shifty player – he’s very good,” said Cavalry defender Dominick Zator. “But he’s a player we know how to manage. He definitely can help Forge out, but we know we have to stay close to him and make sure he can’t turn and get after us.

“As defenders, we have to make sure we know our opponents. We know we want to stay nice and tight to him to make sure he can’t be as impactful in games as we know he can be.” 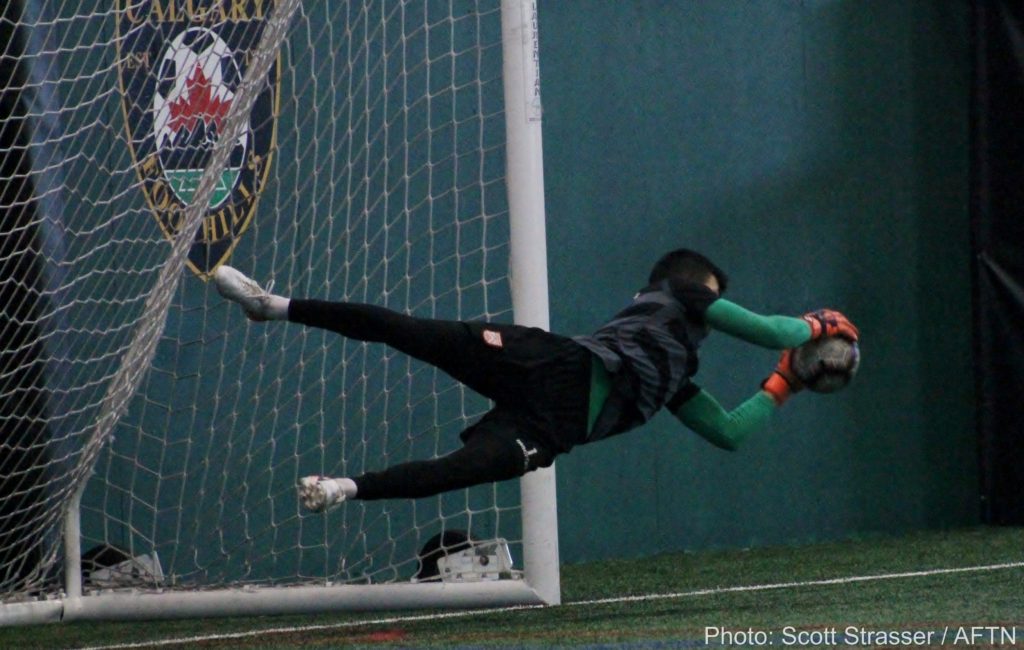 Cavalry goalkeeper Marco Carducci forced a save from Tristan Borge’s penalty kick in the first half. Borges later scored Forge’s goal, with a curling effort from just inside the box.

Another game-defining moment was Borges’ penalty kick, which came as a result of Waterman’s handball. Carducci came to the rescue, diving to his left but stopping the PK – which Borges aimed down the middle – with his trailing feet.

“I dove to my left thinking he was shooting that way,” Carducci said. “Fortunately, I stayed up long enough and watched the ball long enough, and it was close enough for me to make an adjustment with my feet.

“In that moment, I thought, I can make the save and keep the momentum at bay, because a red card and penalty can really change the momentum of the match. Fortunately I was able to do enough to keep it out.”

With just one match left this season, Carducci said Cavalry’s players are in concentration-mode this week in training.

“Obviously that game could have gone worse,” he said. “A lot of things got thrown at us, with the red card and the penalty.

“We weathered that storm and it’s still a one-goal game. We have 90 minutes at home, where we’ve been dominant all year long. We have a week to prepare for that.” 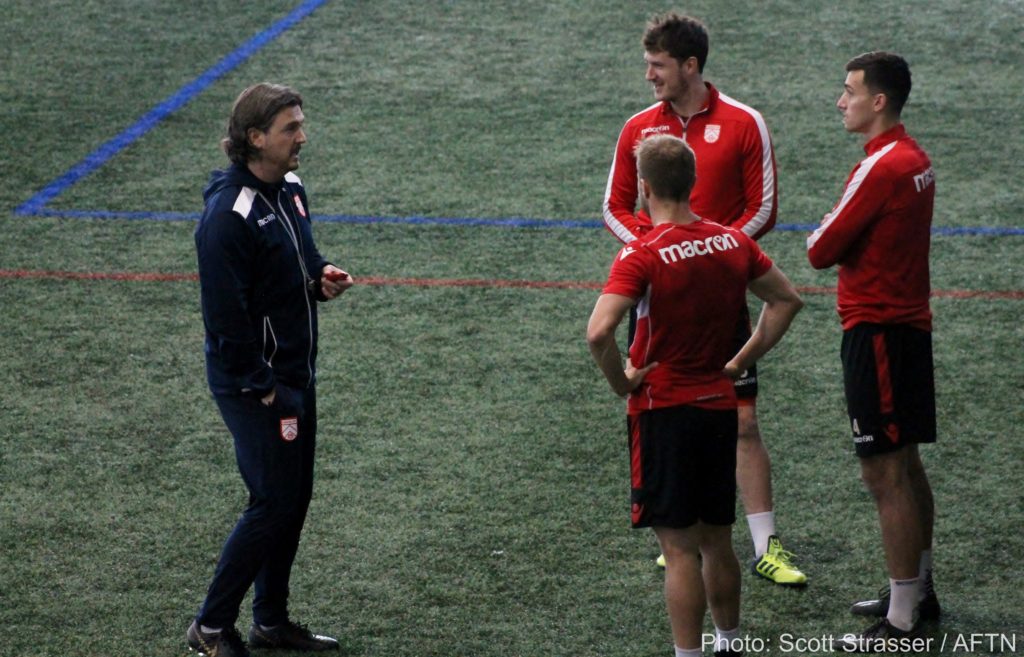 Cavalry head coach Tommy Wheeldon Jr. speaks to three of his players on Monday, at training.