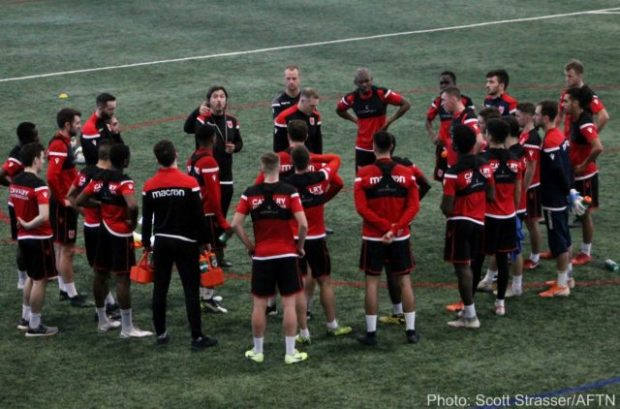 Preseason training is officially up and running for Cavalry FC, as the club prepares for its second season in the Canadian Premier League.

After a lengthy offseason, 19 signed players and a cohort of trialists were put through their paces March 2 at Macron Sports Centre – Cavalry’s newly named training ground in southeast Calgary.

“I think it was like Christmas day,” said Cavalry FC head coach/general manager Tommy Wheeldon Jr. “It becomes a bit of a long offseason. All the players have their own offseason programs, and they do them, because they’re good professionals, but there’s nothing like the camaraderie of Day 1 – getting back, getting the footballs out early, and working on our identity.”

Speaking of identity, Cavalry’s 2020 roster will have plenty of new faces. Departing players from 2019 included Joel Waterman, who made history as the CPL’s first player to be signed to an MLS team, as well as last year’s top goal scorer, Dominique Malonga. 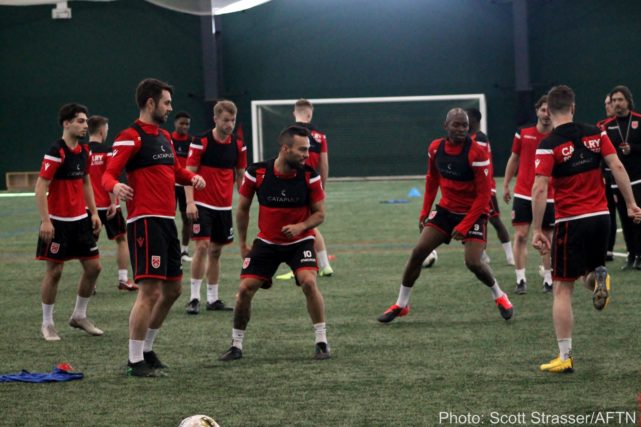 Cavalry’s 2020 squad features plenty of returning players, but also includes a considerable number of new faces to help flesh out the roster.

Other departures include central midfielder Julian Büscher, who signed with a fourth-division club in Germany, winger Carlos Patino and forward Tofa Fakunle, who is currently on trial with Valour FC.

Cavalry’s scouting network has been busy in the last several months, and two new international players were added to the squad in the form of striker Jaír Córdova from Peruvian top-flight team Alianza Universidad, and Brazilian winger/attacking midfielder Richard Luca from Torpedo Kutaisi in the Georgian top division.

“He’s a player that will excite,” Wheeldon Jr. said of Córdova. “As a manager, I try to select players that I would want to watch as a fan, and he’s someone who will get you out of your seat.”

(Neither Córdova nor Luca were at training on Monday, as Wheeldon Jr. said the club is awaiting their Visa approvals. Returning winger José Escalante, of Honduras, was also absent).

Along with the international additions, Cavalry’s 2020 roster will include a handful of players with prior CPL experience, including forward José Hernandez from Pacific FC and midfielder Bruno Zebie from FC Edmonton. Zebie returns to Calgary after playing for the Foothills FC U23 squad that won the PDL championship in 2018. 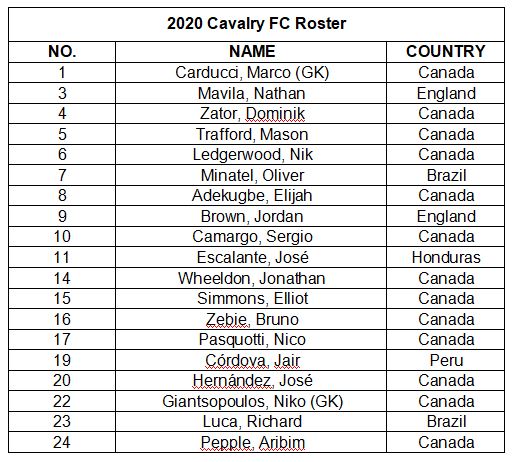 Wheeldon Jr. said he is excited to reunite with Zebie, who became the first player to switch allegiances between Alberta’s two CPL clubs.

“He closes people down great and he’s good on the ball, keeping you in possession,” he said.

Another new signing who played in the CPL last year is Elliot Simmons, a deep-lying midfielder who joins Cavalry from HFX Wanderers. According to Wheeldon Jr., Simmons is a like-for-like replacement for Waterman.

“As soon as Joel Waterman was sold, we said we need that type of hybrid player that can play in the base of midfield or at the back, if needed,” he said. “We saw that in Elliot Simmons. We were very impressed when we went through our scouting tape.”

Simmons, who played in 17 games for Wanderers last year, said he was attracted by the prospect of playing for Cavalry, given the team’s competitiveness throughout the course of the CPL’s inaugural season.

“They dominated the league, so it’s a top side in the league,” the 22-year-old Luton-born midfielder said. “Playing against them, it was always a tough game, but enjoyable because they always had a great atmosphere – fantastic fans. They’re a winning team, so I think that is what’s best for my development.

“Going in, I just want to try and learn as much as I can from the older boys. My style is more intricate – passing out from the back and trying to add goals and assists.”

With 19 players signed thus far, Cavalry have a max of four roster spots left to fill, including a mandatory U21 player.

“What we have to do is be fair to the lads who are returning, because they put their bodies on the line for us,” Wheeldon Jr. said. “We’re doing that, and trying to get them fit and ready. We don’t know whether they’ll have a reaction to their fitness or things like that, so we have to have an insurance policy as well, and that’s in the mould of the lads coming in.” 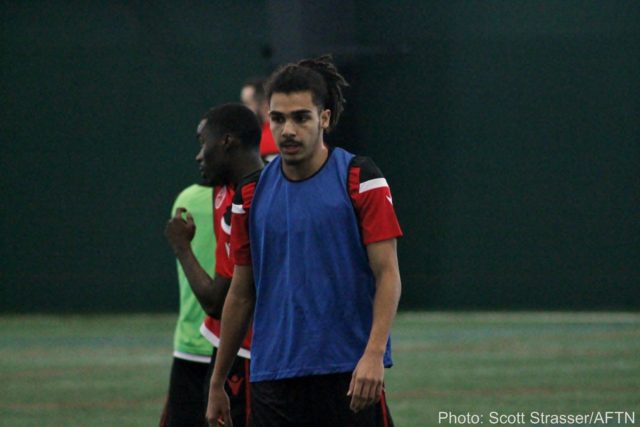 Right back Mohamed Farsi, from AS Blainville in the PLSQ, will be one of six trialists looking to crack Cavalry’s line up this season.

Last year, Wheeldon Jr. said the focus of Cavalry’s early preseason sessions was establishing a quick tempo and speed of play. This year, he said the priority on Day 1 was “chemistry.”

“It’s like any time you bring in new faces and keep old ones,” he said. “The new ones coming in have to develop chemistry with the players.

“You have to challenge the ones who were here last year to exceed what we did last year.”

Cavalry’s preseason will resume in Calgary until March 24, when the team heads to Monterrey, Mexico for 10 further days of training.

The 2020 season officially gets underway April 11 with a road-trip to Hamilton to take on last year’s CPL champion, Forge FC. The home-opener at Spruce Meadows will wait until April 25, when Cavalry welcomes York9. 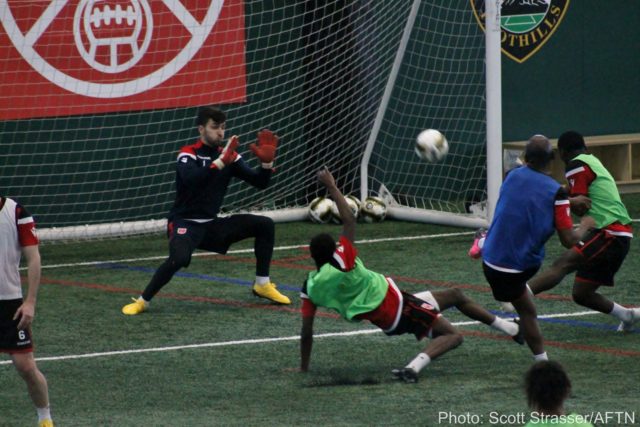 Cavalry will be keen to make amends for losing to Forge in the CPL finals last year.