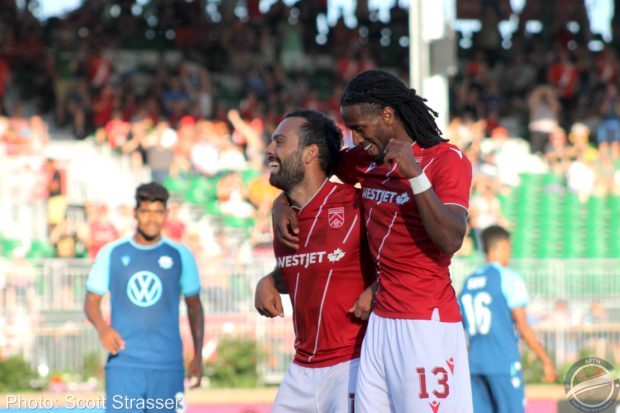 Up a man following a red card for Wanderers in the 25th minute, Cavalry’s win came courtesy of an attacking flurry in the second half that produced three goals between the 52nd and 60th minutes.

Cavalry head coach/general manager Tommy Wheeldon Jr. said he was “calm” when asked after the match how he was feeling.

“I think we had to be in the second half, based on what we were up against,” he said. “They were always going to be tough to break down, so we had to use patience.”

The victory extends Cavalry’s record-setting unbeaten run in the Canadian Premier League (CPL) to 11 matches, following recent draws on the road against Pacific FC and Atlético Ottawa. Cavalry tops the table with an 8-4-2 record, keeping the Calgarians three points above second-place Ottawa.

“We’re in a good rhythm,” Wheeldon Jr. said. “We always tell the boys, we live by that [motto of] adapt and overcome, which means different challenges are thrown at us. Today, it was smoking hot out there and the boys had to cope with it. I don’t think we were at our best in the first half, but we adapted and overcame it to put three points on the board and a clean sheet.” 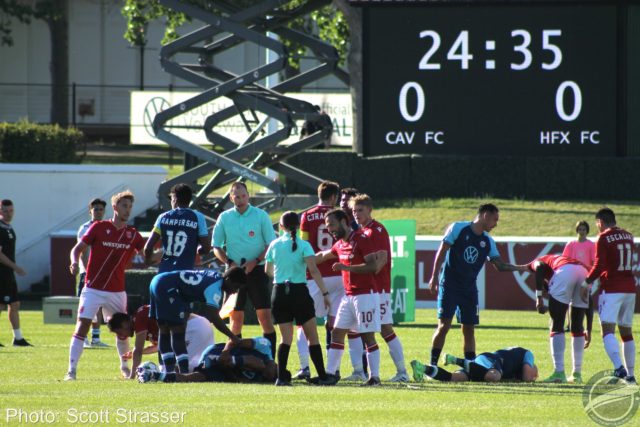 Little happened in what was a chippy and whistle-filled first half, until a red card was issued to HFX midfielder Jérémy Gagnon-Laparé in the 25th minute.

Gagnon-Laparé’s marching orders came following a dust-up between the two teams that sparked after a mistimed slide tackle from Cavalry right back Roberto Alarcón (a tackle that landed him a card of his own, albeit of the more yellow variety). Frustrated with the Spaniard’s challenge and with the teams rushing together, Gagnon-Laparé lashed out, pushing Joe Di Chiara to the ground before going to ground himself, clutching his face.

HFX head coach Stephen Hart was clearly upset when discussing the incident in the press conference, arguing Alarcón also deserved a red for his mistimed tackle. He added that was the moment that changed the flow of the game, leading to the Wanderers’ second-half demise.

“We got the red card, and maybe deservedly so,” he said. “But I thought the tackle [from Alarcón] was also a red card.” 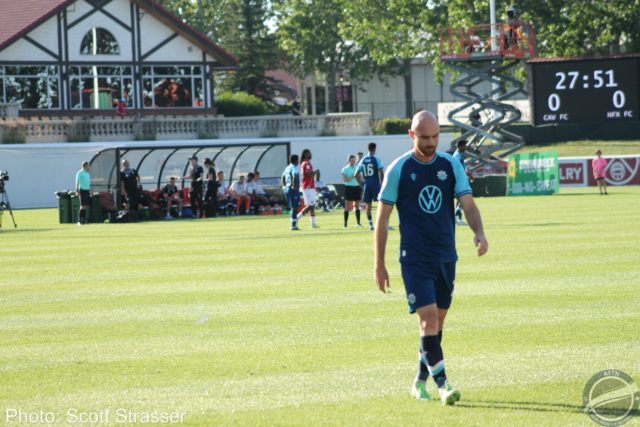 Cavalry didn’t take advantage of the extra man in the remaining minutes of the first half, as the teams went into the break tied 0-0.

But the floodgates opened shortly after the restart. Musse opened the scoring in the 52nd minute, springing Wanderers’ offside trap and latching onto a through ball from centre back Karifa Yao – who had won the ball back just before making the pass. On a breakaway with no-one in front of him other than Baskett, Musse calmly slotted the ball into the bottom corner to put Cavalry up 1-0.

As with the red card, Hart was also upset with Cavalry’s first goal, arguing Yao had fouled HFX player Aidan Daniels before playing the ball through to Musse.

“I was very upset as you could see,” the head coach said. “You don’t want players diving in the league. The player gets fouled, stays on his feet, and they get a breakaway. No call. I have to read the rules of the game, because I don’t know what’s a foul anymore.

“All I’m saying is I try to tell my players to not dive, to stay on their feet, and play within the laws of the game. We got punished for that.”

Adding further fuel to Hart’s misery, Musse’s second goal came just five minutes later. He did well to get his head on a cross from Alarcón, but the header was saved by Baskett.

However, the rebound bounced right back to Musse, and he banged the ball into the net from close range to double the hosts’ lead. 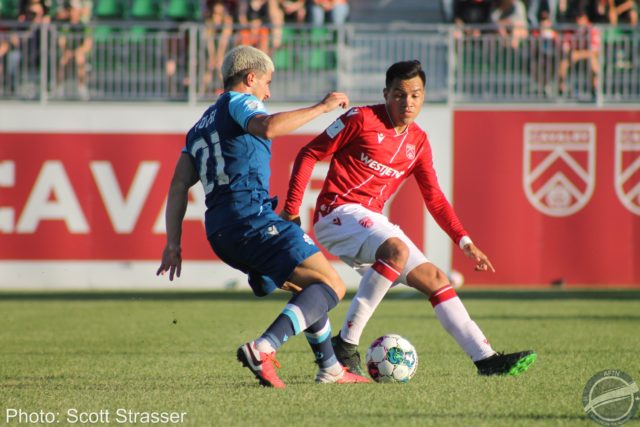 In no mood to settle down, Cavalry scored their third goal just before the hour mark, when Sergio Camargo got his foot on the end of a whipped-in cross from Bradley Vliet and stabbed the ball into the net.

“It’s a competition for places,” said Wheeldon Jr., of Cavalry’s attacking depth at the moment. “Musse and Sergio were playing as the 10s and kind of replacing each other. [They asked], ‘is there any chance of us playing together?’

“Opportunity struck and they played together and now it’s going to be hard to replace them. It’s great that everybody is sharing the load, sharing the weight, and playing well.” 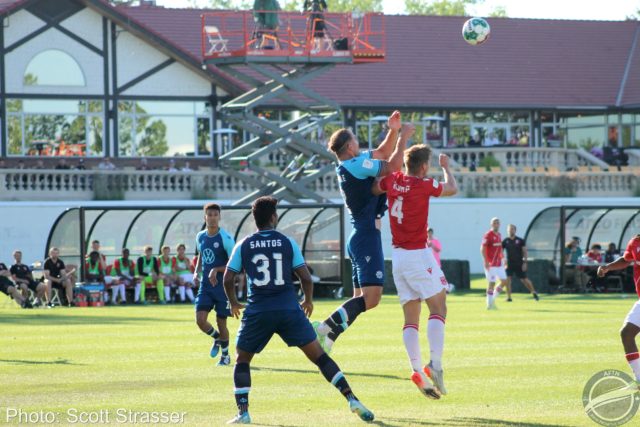