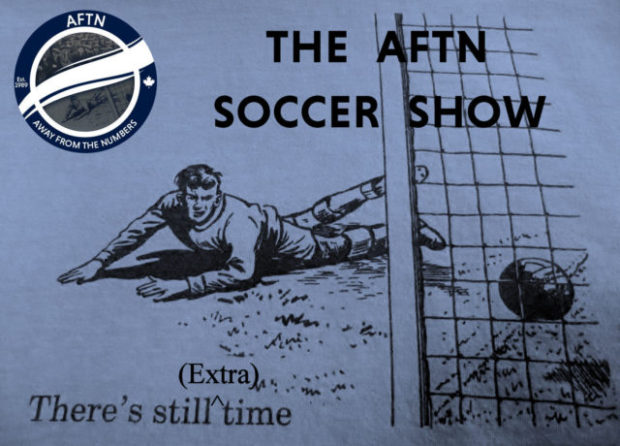 The latest AFTN Extra podcast is out! Episode 63 is a 41 minute episode looking at the League1 BC season so far and what’s to come.

It’s been an exciting and entertaining inaugural season for the new league and with three weeks until the men’s and women’s championship matches at Swangard Stadium on BC Day, August 1st, three of the four final berths were booked on Sunday.

Table topping Varsity FC will be in both the men’s and women’s championship games after a 12 point haul this past weekend, that also saw them secure the Juan de Fuca Plate. They’ve been the class act on a consistent basis this season and we chat with head coaches Mike Mosher and Jesse Symons about their season so far and making it to both championship games.

Varsity will play TSS Rovers in the men’s game, and we hear from their head coach Will Cromack after they booked their win with a 4-0 win over Highlanders on Sunday.

But who will they play in the women’s game? Vancouver Whitecaps have their fate in their own hands right now, but they have Unity FC and TSS Rovers breathing right down their necks with two games still to play. Who will get over the line? We look at all of that and hear from ‘Caps coach Katie Collar.

All subscribers should have the download link in their emails. If you don’t let me know as there were some issues with Outlook deleting our distribution list after and update.

Not a subscriber yet? You can read all the details about what our ‘Extra’ podcast is, how you can get it, and how we deliver it to you, HERE.

This episode and podcast is only available to paid subscribers. You can get hold of your copy in one of the following ways. A link to the show (via WeTransfer) will be emailed to you once payment has been received:

If you don’t have paypal and want to pay a different way, or just want to buy this single episode (cost is $3 for a one-off episode), or if you have any further questions about the service, then drop us a line at: aftncanada @ hotmail.com.

Subscribe today and help support AFTN in continuing to bring you some of the best independent Whitecaps, Canadian, and local soccer coverage around.