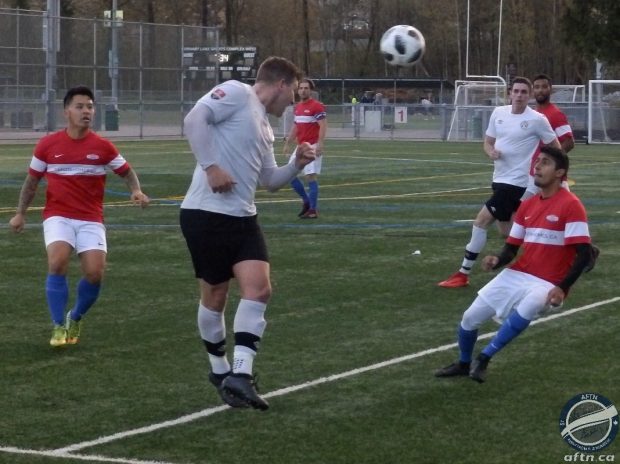 The 2019 Provincial A Cup got underway this past Saturday and it was a good first outing for the three league champions and the defending Provincial Cup champs, with all four advancing into the quarter-finals.

The eight first round matches saw some great action and 24 goals, setting up some tasty quarter-finals after the Easter break. By the end of it all, four Vancouver Metro Soccer League (VMSL), three Fraser Valley Soccer League (FVSL), and just one Vancouver Island Soccer League (VISL) teams remain, in what looks to be a wide open competition this year.

The action kicked off on the island on Saturday afternoon, with all five VISL representatives in action in the four matches in the top half of the bracket.

VISL fivepeat Champions Cowichan FC were first up at the Sherman Road Turf in Duncan, in an all island clash with Bays United. Cowichan had won both of the regular season matches between the teams, but Bays had won their Jackson Cup clash, so it was always set up to be a close encounter. Cowichan were made to work hard and left it late before a Govinda Innes goal saw them clinch their quarter-final berth.

And they’ll be hosting FVSL runners-up Coastal FC in that last eight match up, after they saw off another VISL side, Lakehill FC, 2-0 in Saanich.

CCB LFC United didn’t led the long trip to Ladysmith derail their cup hopes, running out comfortable 3-0 winners over Mid-Isle Mariners. Two goals from Robbie Giezen, who was playing his first game in six months following a long term injury, and a third from Milad Mehrabi saw the Surrey side through.

3-0 win over Mid-Isle Mariners in Provincial Cup play. 2 goals by Robbie Giezen, who was playing his first game in over 6 months due to injury and Milad Mehrabi with a single. Such a pleasure dealing with Bill and Cheryl Merriman of the Mariners. #unitedwestand #vmsl #darkness #welcometothedarkside #soldyoursoul #winning #goodfellas

CCB will now face a much shorter trip in the quarter-finals to take on Port Moody Gunners.

The FVSL side were made to work hard against VISL runners up Westcastle United, eventually advancing 2-1.

Westcastle had an early goal chalked off for offside before Cole Almond fired the FVSL champs ahead 25 minutes in. That was how things stayed until the second half when the islanders tied things up from the spot. That spurred Port Moody on and they grabbed the winner with 15 minutes remaining on a nice goal from FVSL Golden Boot winner Graeme Meers.

Those results meant carnage for the VISL contingent in this year’s competition, with four of them bowing out at the first hurdle. With the island hosting this year’s finals, that will be particularly disappointing, and all their hopes now rest with Cowichan FC to try and guarantee a bumper crowd for the final.

The strangeness of this year’s bracket is compounded with five of the six VMSL representatives being lumped together in the bottom half of the draw, with two intra-league first round encounters raising some ire from those involved.

One of those took place at Ambleside on Saturday afternoon in a repeat of the VMSL Imperial Cup final from a fortnight before. West Van were the winners that day, but they were outclassed in this one by defending Provincial Cup champs BCT Rovers Tigers United.

The Surrey side don’t want to give their title up without a fight and a brace from the talismanic Nick Soolsma, one from the spot, set them on the road to a 3-1 victory.

Rovers Tigers will now be at home to FVSL side Abbotsford United in the quarter-finals, after they saw off Surrey United 2-1 in another intra-league clash.

Both teams made a go of it in the early going, with the fast paced action raging end to end, but Croatia looked the more dangerous attack from the get go and that eventually told as they ran out comfortable 4-1 winners in the end. 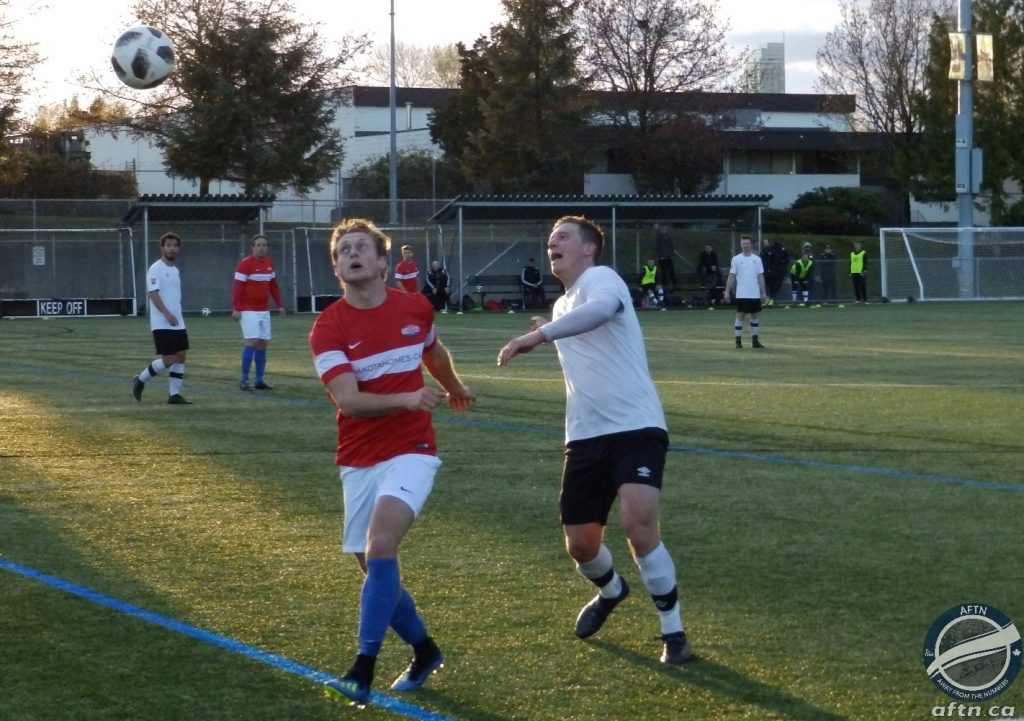 After some close calls Croatia had to wait until the 37th minute to take the lead on a nice individual goal from leading scorer David Malamura, who ran in on goal and fired home from the edge of the box with the aid of a deflection that wrong footed the keeper. They doubled their lead a minute from half time after a nice through ball played in Colin Jacques and the former SFU man finished with aplomb.

Langley started the second half strong and took the game to Croatia as they tried to find the goal that would get them back into the match. They didn’t get it though and Croatia extended their lead in the 55th minute when an unmarked Malamura had the easy finish at the back post from a cross.

Croatia sealed the victory with 12 minutes remaining when Sunny Pamma had a nice finish to make it 4-0. Langley hit a late consolation from a free kick, but it was a clinical performance from the VMSL champs to see them through.

You can see all of the goal and some other highlights from the match in our video below:

You can see some more photos from the match on our Flickr page.

Croatia’s win guarantees at least one VMSL side in the semi-finals, setting up an all VMSL quarter-final when they host Rino’s Tigers at Burnaby Lake on Saturday April 27th (kick off is 4pm).

This will be the second intra-league clash for Rino’s in this year’s competition after they comfortably saw off the challenge of Coquitlam Metro Ford Wolves 3-0 in their first round clash.

The full quarter-final schedule, in terms of kick off times and venues, hasn’t been set yet, but you can find all the details of this year’s tournament on the BC Soccer website.